Ninjas! Rednecks! Cops! And it's not even June! 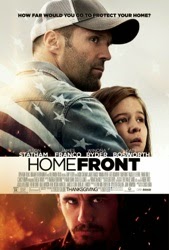 Adam Riske: Homefront (2013, dir. Gary Fleder) One of my favorite Jason Statham movies, Homefront is not great but it's the type of junk food movie that's perfect for watching on Netflix. It's pretty entertaining and features a solid cast including Statham, James Franco, Winona Ryder and Frank Grillo. The movie doesn't work all that well as an action flick, but it's a solid thriller with entertaining villains and a gritty script from Sylvester Stallone. If you're like me and have a certain amount of affection for the "down in the country" action movie, you could do a lot worse. 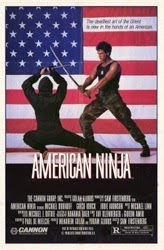 Adam Thas: American Ninja (1985, dir. Sam Firstenberg) You haven’t seen American Ninja yet? You haven’t seen it in a long time? Well what the hell is wrong with you! This movie is a ton of fun. In my personal opinion, American Ninja is one of the great action movies of all time. It’s got guys with guns, martial arts, ninjas and drug dealers. It has every single ingredient for a kick-ass '80s action movie. The characters are so straight forward, the plot is simple; you can literally shut your brain off and just enjoy the awesomeness that is Michael Dudikoff. 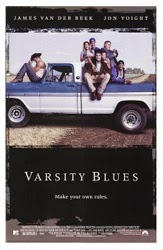 Doug: Varsity Blues (1999, dir. Brian Robbins) I had to wait 94 weeks (NINETY-FOUR! WEEKS!) until Varsity Blues was available for streaming on Netflix before I could contribute to this column. 658 days! Almost 22 months! Is the movie worth the nearly two-year wait? You tell me (answer: yes, yes it is). Ladies and gentlemen, one of the BEST MOVIES OF ALL TIME(?), Varsity Blues. 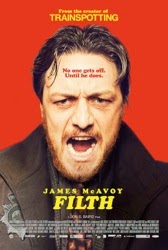 Heath Holland: Filth (2013, Jon S. Baird) Filth is a movie that I've eagerly anticipated seeing for several months now, and I have to admit that the experience doesn't quite live up to my expectation. The Scottish film is tonally uneven, starting out as a "dark" comedy that I found to be neither dark nor funny (picture a 19-year old's idea of what naughty is and you're on the money). Eventually the film starts to reveal little shades of depth and humanity, and by the last half hour we do indeed find ourselves in total emotional darkness. I'm not sure if Filth works as a movie (I'm leaning toward no); there are too many disjointed parts that don't come together for me and too many juvenile, homophobic tangents (which, admittedly, may be the point), but James McAvoy delivers an amazing performance, and that's why I'm recommending the film. We watch him go from glib arrogance to tortured agony, sometimes in a single camera shot. Also, no American/Hollywood film would have the balls to try all of the weird and crazy stuff this movie does, so I give director Jon S. Baird credit for throwing in everything but the kitchen sink. If a movie is going to be unbalanced, I'd rather see it try too hard than not hard enough. Flawed, uneven, and maybe not as clever as it thinks it is, I still think Filth is worth watching. 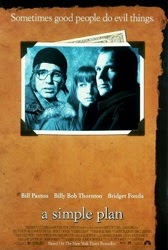 Patrick: A Simple Plan (1998, dir. Sam Raimi) If you're a regular reader of F This Movie!, chances are you've already seen A Simple Plan, director Sam Raimi's dark drama and a mainstream breakthrough that proved he could be more than a cult horror director. Based on the novel by Scott Smith (who contributed the screenplay), the film stars Bill Paxton and Billy Bob Thorton as brothers who come across a huge amount of found money and proceed to rot from the inside as a result. Good performances and taught, moody direction (plus a great snowy setting) make this a terrific thriller -- one that deserves to be either discovered or revisited. It's first-rate filmmaking.
Posted by Patrick Bromley at 12:00 PM