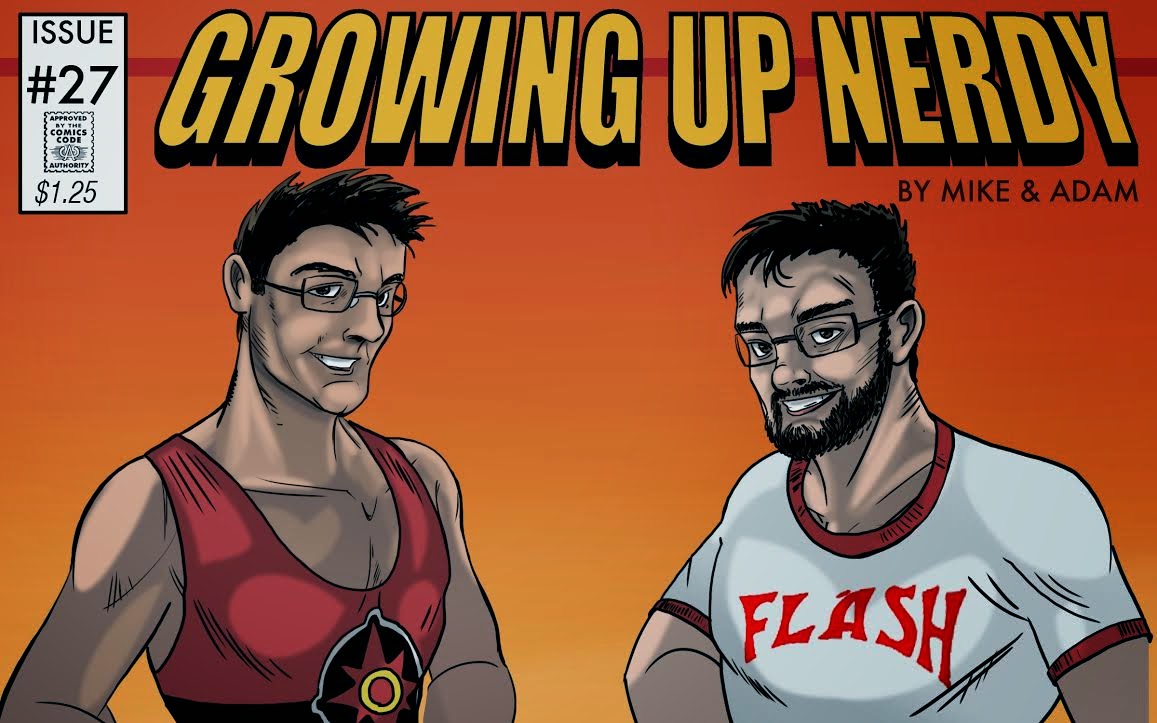 The Nerdy Boys will save every one of us.

I’m a fashion designer on a reality TV show about the fashion industry.  In this week's challenge, we need to make a garment based on a pop culture costume.  Please oh please help me figure this out! We only have 3 hours left!

-Kini not from Project Runway

Mike: I’m unable to answer this question with any sort of artistic insight to back up my opinions. I don’t know why one design may be more innovative than another. All I know is that some costumes look cool to me, while others...not so much.

My favorite superhero costumes are as unoriginal as you would expect from me: Superman, Spider-Man, The Flash, Wolverine, Green Lantern and Captain America. If you’re a classic comic book superhero, chances are I dig your costume. But if I had to pick one above the others, it’d be Batman. Because of course I’d pick Batman. He’s gone through many changes over the years, from the Super Friends era (era) look with the blue cape and cowl and the bat symbol inside a yellow oval on his chest. He’s also been dark and scary, covered head to toe in gray and black. Comics' greatest artists (and some less-than-great artists) have drawn him, but he always looks great to me. Batman has a look that can work no matter what the artists interpretation is of the character. 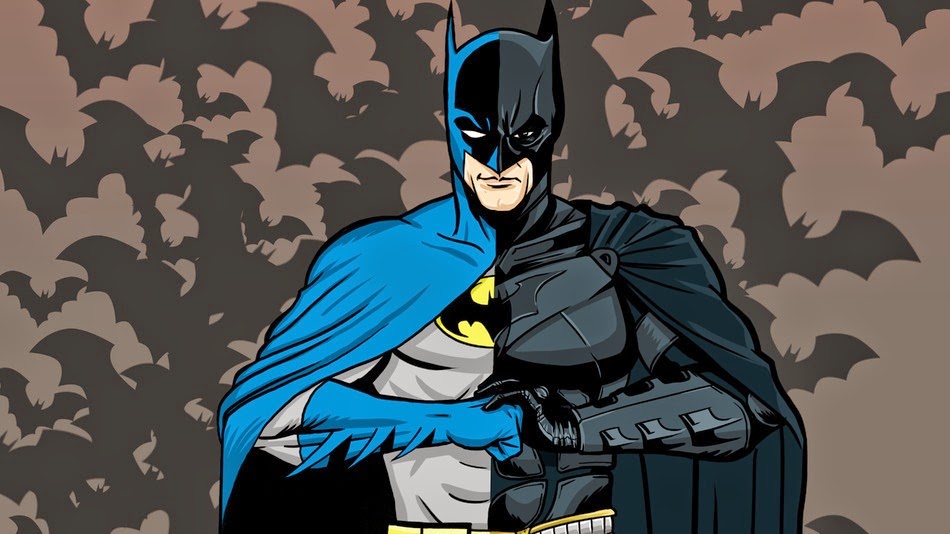 Look at versions of Batman from artists like Sam Keith, Frank Miller, Adam Hughes, Jim Lee or Mike Mignola. All different, all great in their own way. It’s the mark of an awesome design that Batman can look interesting through the pencil of almost any artist. I know there are plenty of people that would disagree and choose tame Batman or scary Batman, but not both. I completely get that. His look says a lot about the version of the character that will be portrayed in that particular book. I just happen to like both. As I’ve illustrated more than once in this column, what was important to me as a kid remains so today. So while the 35-year old Mike might gravitate towards a darker version of Batman (like Scott Snyder and Greg Cappulo’s current run), the lighter version of Batman -- the one that looks like the Super Power figure I had when I was a kid -- will always appeal to me as well. There’s some Goonies Derivation going on with older Batman, and I’m fine with that.

Thinking about this question, I started to ask myself if there is any classic character whose costume I didn’t like. I came up with one. Depending on what day of the week it is, I may put this guy on the best or worst dressed list, but as I type this I’d have to vote for Doctor Strange as one of my least favorite costumes. There’s just too much going on there. And that damn collar. Enough already.
When Wizard Magazine was a thing, they had a feature called Mort of The Month. This section would draw attention to terrible comic book characters, awful in both concept and design. Do a simple Google search for Mort of the Month and prepare to thank me later. 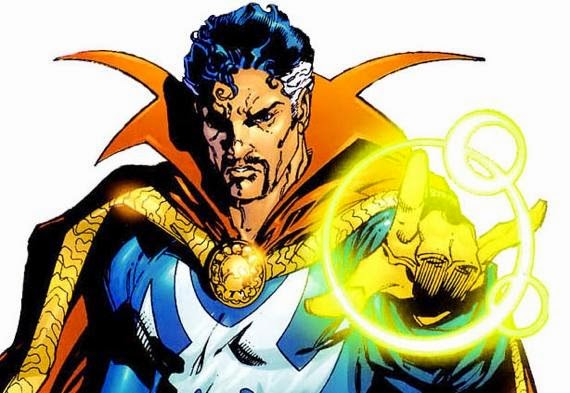 Adam: If you are talking about great classic costumes, it really begins and ends with two: The Phantom and Superman.

Making his first appearance in 1936, The Phantom predates Superman by almost two years, so much so that he didn’t really have that iconic purple costume until later (it was in black and white), but man I really love that costume. The purple one piece with the hood that slides over it, little holster for his gun and that emblem on his belt — that was great! However in 1938, the success of Superman really changed things and just about every hero needed a cape with the symbol on his chest. You need to just appreciate those two because in some way every superhero costume for the next 70 years either copied or was a reaction to it.

However this is about MY favorite costumes. So I guess if you are going to talk all-time favorite, you can’t beat Golden Age Hourman.  If you don’t know who Hourman is, don’t get too upset. He’s a borderline-obscure character from the Golden Age of comics. He was a chemist who came up with a pill that when he took it, he’d have super powers for one hour. His costume was stark black and yellow with a red belt across his waist. After the badass colors, he had a yellow cape that attached directly into a hood over his head. If that wasn’t enough, the cherry on top of this great costume was a red and white hourglass he wore around his neck instead of a chest symbol. He would tilt the hourglass after he took his pill to let him know how much ass kicking he had left. 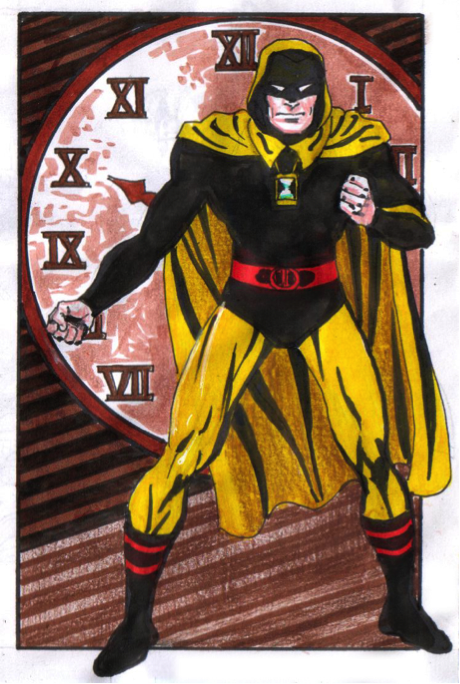 Sometimes, though, you have a costume that is great, but only when a certain artist draws it. In that case, I love Chris Bachalo’s Magneto. It’s hard to take such a well known costume and really make it yours artistically, but Bachalo does it so well. He drapes the cape around him, gives him long hair and makes his helmet so skinny in the front that he ends up looking like a red and blue knight in armor. 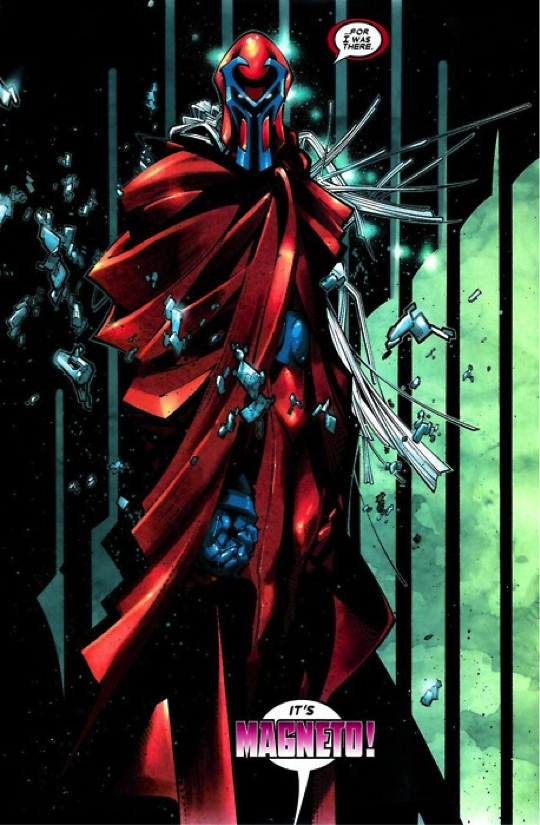 This is a movie site and I probably should talk about my favorite movie costumes. It’s hard in movies to decide something is a “costume” or if it’s just something that character wears. I mean if whatever a character wears is a “costume,” I’d have to go with Mouth’s “Purple Rain” shirt in The Goonies --- or, for that matter, Prince in Purple Rain (I kind of like Prince).

I guess if I had to go with one movie character, I'd have to go with the Sith man himself, Darth Vader. That costume is epic! Roger Ebert once wrote about how he hates costumes or characters that wear masks where the mouths don’t move. I totally agree with that statement. It’s one of the things that drives me nuts about V for Vendetta.  For some reason, though, I don’t mind it with Vader. It’s so scary and intimidating, it’s almost part of the character that he is forever emotionless. Not to mention that first time you see him walk in, he's a lone dark figure among the white Stormtroopers. So cool! 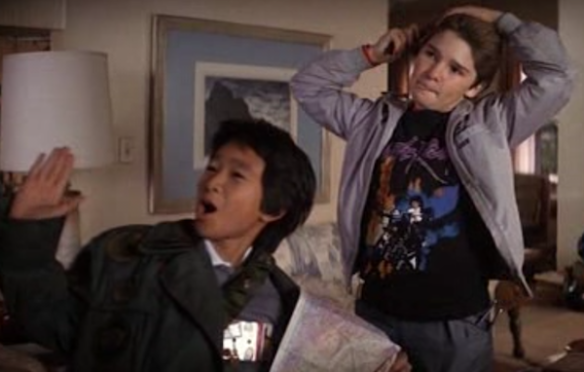 I will have to admit to something that is a little embarrassing. If you want to go with one movie where I am completely taken with the costumes, look no further than 1980’s Flash Gordon.  From Ming to General Kala to even the Hawkmen, I love those costumes. I am a fan of that movie, and I’m sure one of the reasons is the sharp, decorative costumes throughout the entire movie (plus I like looking at Ornella Muti). Out of all the great costumes in that movie, hands down my favorite is Klytus.  He is just the perfect amount of creepy, and I love the way that the jaw piece of his costume is detached so he looks almost like a living figurine.

It wouldn’t be much fun if I didn’t get a chance to talk about the worst costume of all time. Ladies and gentleman, it has to be The Red Bee from 1940’s Hit Comics. He has these terrible multi-colored pants and pink puffy sleeves. He even has a belt with a small pouch where he keeps a “pet bee” to help him fight crime. It’s the worst. He’s so bad that the character of The Red Bee has fallen into Public Domain, meaning no one thought his rights were of any value. 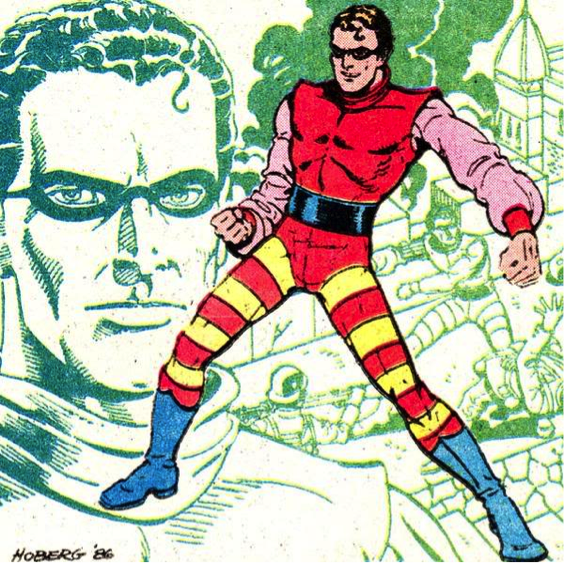 Now go type in “Mort of the Month” on Google!
Posted by Patrick Bromley at 6:00 AM