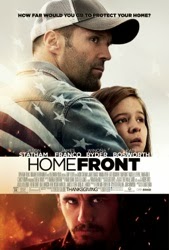 Huh. Not too bad.

Homefront is pretty entertaining and stands near the top of the pack in terms of Jason Statham output (I still like The Bank Job the most, followed by the underrated War). Homefront is greatly buoyed by a better than usual cast for this type of movie and by the direction from Gary Fleder, who does a great job at building suspense. In fact, Homefront really works as a thriller. Unfortunately, it comes up short as an action movie.

Let’s touch on the suspense element right away, because that was the big takeaway for me. This movie feels threatening. The villains of Homefront are true scumbags and not played for laughs. They aren’t the brightest bunch, as Statham’s character Phil Broker (horrible name) is able to outsmart them fairly easily, but their stupidity is overshadowed by their coldblooded disposition. This isn’t Road House, where the henchmen are charming in a goofy way. The more I think of it, Homefront shares a few similarities to Road House. It features a hero who is out of his element in the country, a criminal who lords over this small town like a dictator and a romantic subplot between our hero and a local girl (which Homefront curiously drops about halfway through). That’s not to say Homefront is anywhere near as good as Road House, but I realize I have a certain amount of affection for the “down in the country” action movie that every major action lead seems to have at some point in their career. 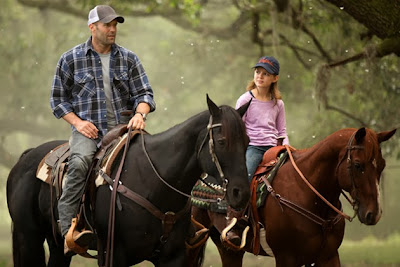 The plot of Homefront is pretty barebones. In short, a former DEA agent (Statham) moves to his late wife’s hometown to live the quiet life with his daughter (played nicely by Izabela Vidovic, who does not give an obnoxious kid performance). Shortly upon arrival, Statham’s daughter gets into an altercation with the son of a local addict (Kate Bosworth) whose brother happens to be the local meth druglord (James Franco). Things escalate quickly and soon Statham is up not only against Franco and his minions, but also a biker gang from the Statham character’s past.

I was onboard with Homefront for most of the movie. However, I can only mildly recommend the movie because it’s lacking in a huge aspect: the action. It is shot horribly. The camera is way too close and frenetic during the hand-to-hand fighting, which is absurd because you have Jason Statham in the lead, a man who has proven in The Transporter that he can really throw down. It’s hard to assign fault for this sort of thing. Is it the cinematographer, the editor, the director? Not knowing full well who made the decision on how to shoot the action, I will lay the fault on director Gary Fleder. Perusing his resume, Homefront appears to be his first action movie. His previous credits are primarily thrillers and dramas, including the watchable Runaway Jury and Kiss the Girls. As I mentioned before, the movie works when it is playing up its thriller elements. 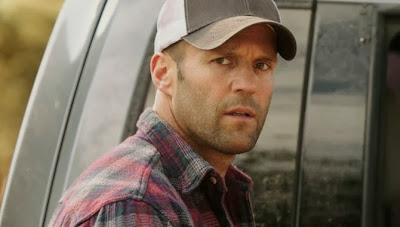 The main reason to check out Homefront is for the cast. It’s pretty great for this type of movie, and, with the exception of one performance, they are all very good. Jason Statham is very appealing in the movie. I liked his approach to the material. Statham treats the character like a father first and a law enforcement officer second. He is motivated solely to protect his daughter from harm. Also good are character actors like Frank Grillo and Clancy Brown in small supporting roles, and Kate Bosworth in possibly her best performance as the James Franco character’s unhinged, drug-addicted sister. Winona Ryder’s performance as the former biker groupie (and Franco’s girlfriend and partner in crime) is problematic. I think she’s miscast here. She seems too nice to be this sort of character and I’m getting bummed out seeing her in random performances like this or her cameo in Star Trek. Ryder used to be one of the best young actresses working in movies. She was cute, funny, smart, interesting and empathetic, and now she’s in bit parts that don’t take advantage of any of those attributes. I hope she finds a role in a movie soon that better fits her talents. 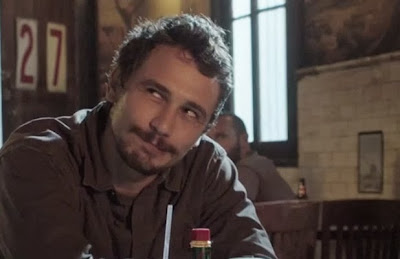 The MVP of the movie is (unsurprisingly) James Franco. Playing the main heavy, Gator Bodine, Franco gets into the pulpiness of the material. He isn’t playing the part in a camp way, but he sure is having fun as the heavy in an action movie. It’s an interesting character. Rather than make Gator a one-dimensional drug lord, Franco expresses an interesting human side. Gator is a small-time operator and he knows it. He is protective over what he has and ambitious, but also prone to trusting the wrong people and making big mistakes. He screws up, he gets frustrated. Mostly he wants to get his without anyone fucking it up for him. I hope Franco plays more bad guys in action movies. He brings an interesting take to the part, sort of like a dim-witted James Woods.

The script for Homefront was written by Sylvester Stallone, and I really liked certain elements of the material. For example, the script allows time for the situation to escalate from bad to worse, and Stallone includes several scenes of Statham’s character trying to be a peacemaker or get in front of the problems at hand before they get any worse. It’s great to see scenes in an action movie where the hero tries to reason with the villain before resorting to all-out war. The resolution to the movie is somewhat surprising for an action movie in 2013, and yet it's completely of the piece and consistent with the character types the movie has presented.

In terms of ranking Homefront alongside this year’s non-tentpole action crop, I liked it more than Escape Plan and Bullet to the Head, which were dull, but not as much as The Last Stand, which is also an entry “down in the country” subgenre. The Last Stand was more fun (it might be my Book of Eli for this year), but Homefront isn’t going for that tone. It’s a grittier, but thankfully not despairing, piece of work. Not being the biggest fan of Jason Statham movies myself, my expectations were pretty low for Homefront. I was pleasantly surprised by it. It’s the type of movie I would watch again if I stumbled upon it on cable a few years from now.
Posted by Patrick Bromley at 8:08 AM