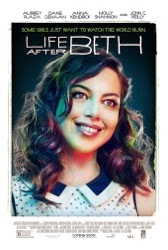 I didn’t hate Life After Beth, so I don’t want to be too stern, but I have to say those were my two initial reactions when Patrick and JB asked me how Life After Beth was. Much of the movie doesn’t work. It’s definitely not original to do a zombie romantic comedy, so you have to bring something new to the table and that’s the furthest thing on Life After Beth’s mind.

All this movie had to do was bring something fresh to the zombie romantic comedy, but unfortunately it doesn’t. Life After Beth is a lazy movie with little aim or purpose. It’s a horror movie that’s not scary or exciting and a comedy that’s not particularly funny. I can’t remember chuckling more than once – it was more of a chortle.

The plot in brief: When Beth (Aubrey Plaza) dies unexpectedly from an off-screen snake bite (don’t you just hate those), her boyfriend Zach (Dane DeHaan) is distraught and begins spending all of his time with her parents (John C. Reilly and Molly Shannon). Shortly after her passing, Beth mysteriously returns from the dead and Zach is elated to have a second chance with his dead girlfriend. But he later realizes she is definitely not the same Beth. 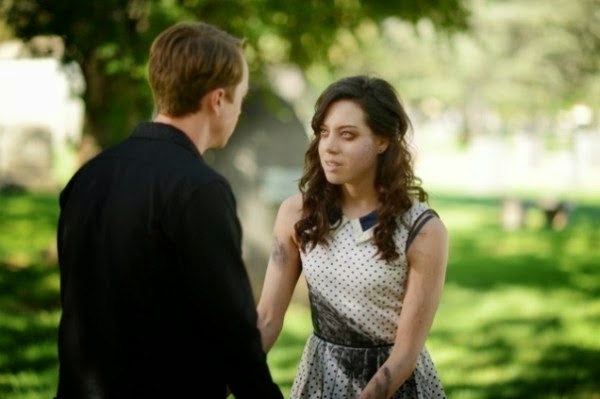 Life After Beth opens like a remake of Moonlight Mile, with Zach growing close to Beth’s family. This is pretty much the bulk of the first act and it’s the material in the movie that works the best. Once Beth returns, the movie gets sloppier and less enjoyable despite Aubrey Plaza giving an energetic take on the living dead. The movie doesn’t have much going for it except for Plaza, who gives a committed and somewhat funny performance. It’s just a bummer that she is not allowed to be as funny as she usually is. A weakness of the Beth character is that we never get to know her alive (she’s dead before the title card), so when she comes back it’s all just aggressive behavior. The filmmakers could have done better by still jumping into the proceedings but giving us more information about how she was when she was alive. The character has no arc, which sounds weird to say about a zombie, but she’s one of the co-leads of the movie and that trumps what she’s playing.

Dane DeHaan is an actor I used to be fine with but am now starting to feel as if there is not a whole lot of "there" there. Zach goes from sweet to somewhat cold as the movie progresses, but the actor is not up to the challenge. This movie demands an actor with a pretty adept comedic sensibility and nothing on DeHaan’s resume would lead you to believe he’s right for that. On IMDB trivia for this movie, it calls out that this is DeHaan’s first comedic performance, which is almost a weird “You know, he’s still learning” claim. I would suggest this is not a path he continue to follow. This has not been a good performance year for him, as he was especially bad in his last movie, The Amazing Spider-Man 2, where his performance was all grunting and screaming through his teeth. 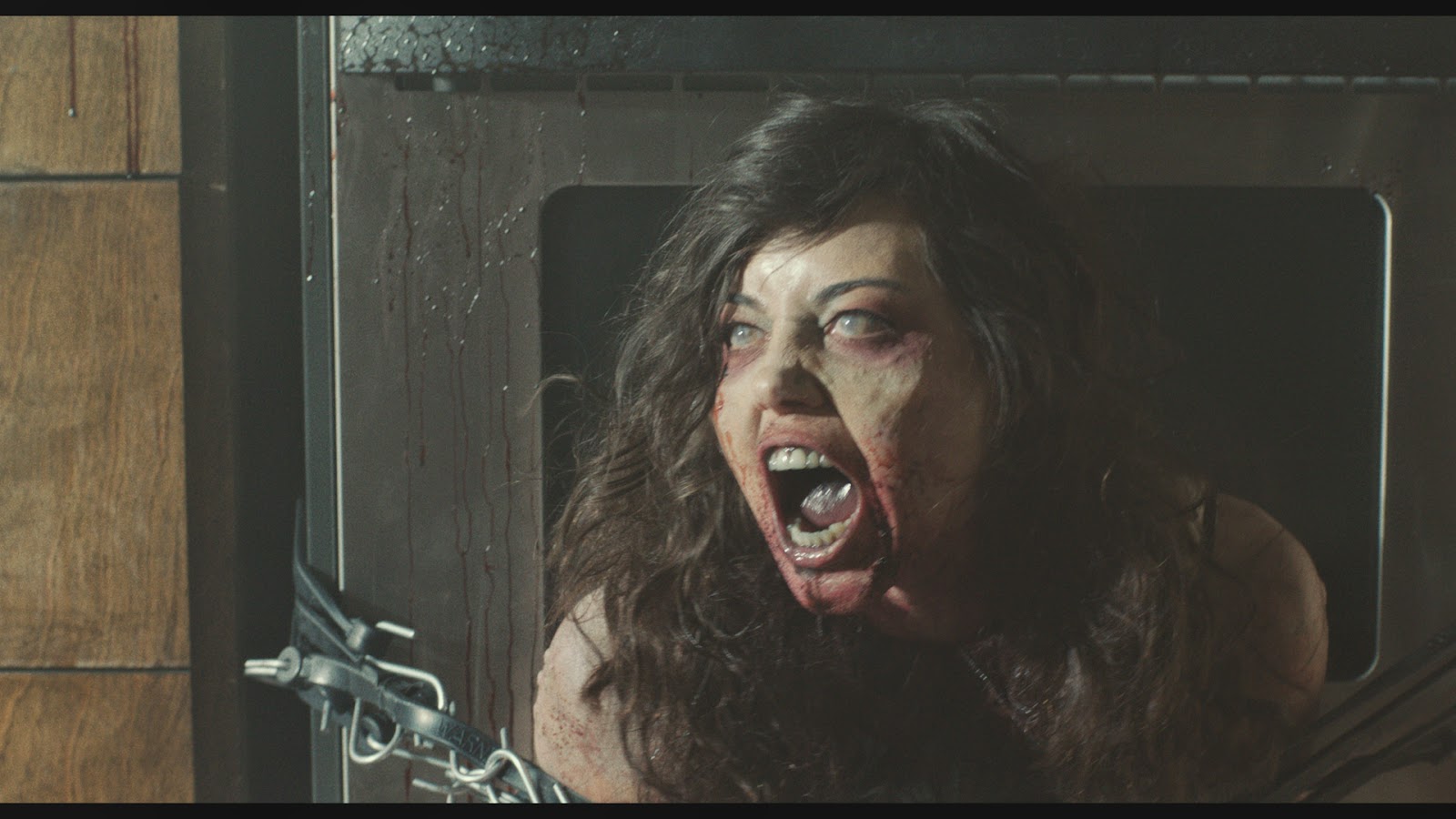 It might seem silly to say, but it bugged me on a fundamental level that Aubrey Plaza and Dane DeHaan were playing 21-year olds who still lived with their parents. Plaza especially seems too old and savvy to be playing someone that still lives at home.

John C. Reilly gives the best performance in the movie as the Plaza character’s father. I enjoyed his scenes, especially when he takes a “Who cares?” approach as to why his daughter is back from the dead. Anna Kendrick has a cameo as a possible new girlfriend for Zach and she’s not terrible, but she seems to be working under her talent playing a bubblehead again. She did a better job at it in Happy Christmas.

Some of the movie also comes across as off-putting and mean-spirited ,especially the Matthew Gray Gubler character, a sort-of neighborhood watch/public security officer (and Zach’s older brother) who enjoys shooting people and is obsessed with guns. It’s a creepy character that, if played right, could fit in with a zombie apocalypse movie, but doesn’t work here where the tone is lighter. This is essentially a 1950s teen comedy with gore and f-words.

Writer-director Jeff Baena (co-writer of I Heart Huckabees, making his directorial debut) unfortunately doesn’t bring much to the table here. The mood is confused, not knowing if it wants to be cold and cynical or compassionate. The camera is straightforward point-and-shoot, which is almost unforgivable in a zombie movie, which tends to lend itself to at least some camera trickery and energy.

At certain points, I didn’t get this movie at all. For example, there’s the scene where Zach goes from loving that Beth is back to being afraid of her. It’s when she becomes aggressive and ends up setting a lifeguard tower on fire. On paper, that makes sense. But in the context of the movie, or DeHaan’s performance, he reacts almost the same way to being in love with his zombie girlfriend as he does being scared of her, so the change in tone feels arbitrary.

The movie could have dealt poignantly with themes of love and wanting to alter yours and other people’s destinies, but it does so in an unremarkable way. Just think about a great zombie romantic comedy (such as Shaun of the Dead) and how affecting the scenes are where Shaun and co. have to do away with their loved ones. Every similar scene in Life After Beth has no effect whatsoever, and much of that is because we don’t know why Beth and Zach are in love in the first place. Maybe it’s a lack of chemistry on the actors’ part, but it feels like two people with assigned roles more than a couple that would function in the world of this movie, let alone the real world.

Weirdly, for a zombie movie, this one seems pretty uninterested in themes such as death and panic that a zombie apocalypse would bring. What were they thinking they had here? The movie has many scenes that feel similar to watching bad improv on stage – four characters in a room, yelling at (and over) each other, not saying anything particularly funny, until one of them has no more ideas and runs out of the scene. 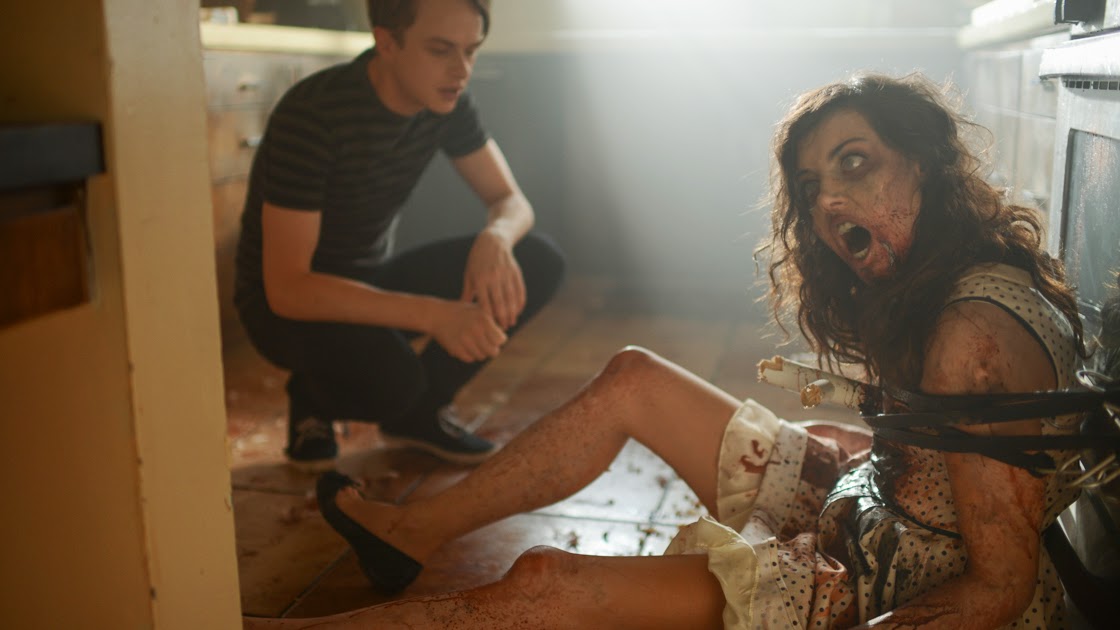 Surprisingly, Life After Beth comes from film distributor and production company A24, who has a fairly strong track record with Enemy, Under the Skin and Obvious Child just this year alone. This seems beneath them and is hopefully just a case where the acquisition people had their back turned and their intern bought a movie when the adults weren’t looking. It’s utterly generic, which is a bummer because when I saw the A24 logo pop up on the screen I became genuinely excited.

I feel the filmmakers stopped working at the premise and casting stages. It’s ok at setting up the scenario, but then the rising action and stakes are underdeveloped and the ball rolls downhill until the eventual crash where the movie is wrecked. This movie isn’t even great trash or all that entertaining (the best I could say about it is it’s watchable), which is actually all it had to be. I just more or less sat there looking at it, especially in the second half.

Life After Beth is now in theaters and coming to Blu-Ray and DVD on October 21st. I would ignore it either way.