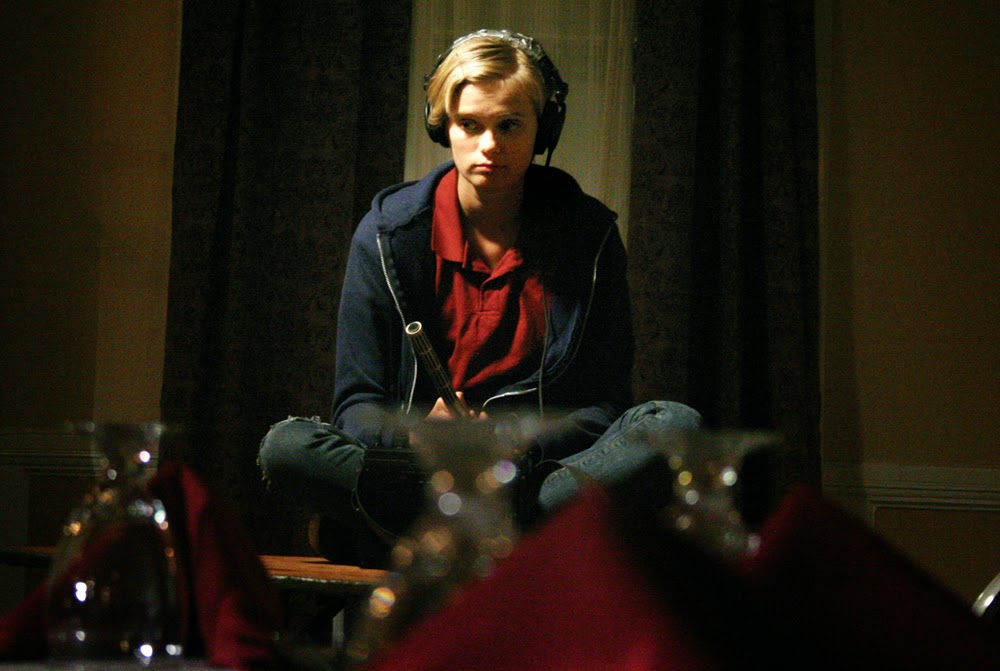 It’s impossible not to love Sara Paxton after seeing her performance in The Innkeepers.

A great performance is one where you can’t take your eyes off of the performer on the screen. Sara Paxton gives one of those performances in director Ti West’s The Innkeepers. Paxton is so much fun to watch in this movie that it’s difficult to imagine any other actress playing the tomboy Claire. She elevates the movie and makes it into something special.

Like John Travolta in Pulp Fiction, Paxton portrays Claire endearingly as a bit of a doofus. She is the type of person who is capable of keeping a job but not of excelling at the position. It’s a matter of desire. She doesn’t want to be there. In fact, she probably wouldn’t even work if she didn’t have to. She has little if anything to contribute to society and she knows it. It’s not a mistake that her character says at one point “why do people have such high expectations?”

Claire’s defense mechanism is to use humor to cover up how unhappy she is. Whether it’s racing to ring the front desk bell or teasing her co-worker Luke (played by the equally good Pat Healy), she’s always kidding around. This is because Claire, despite being an adult, is not a grown up. Paxton masterfully plays this dichotomy. She chooses to portray Claire as a prolonged adolescent, from her giddy reaction to meeting her acting idol Leanne Rease-Jones (played by Kelly McGillis) to her overall body language, which is quite floppy. Notice all of the physical affectations Paxton brings to the character – the grunts, the shrieks, the constant waving of her arms, holding up her head with her hand when not just plopping her head down on the counter. She is truly vacuous.

And yet we still love Claire. Why? It’s because she’s funny and charming. There are two moments in The Innkeepers that make me laugh every time I see it. The first is when Claire has to take a leaky bag of garbage out to the dumpster. Her travails swinging the bag and failing to get it into the trash receptacle are the work of genius physical comedy worthy of Buster Keaton. The capper to this scene is how after she gets the icky bag of trash into the container, she shakes herself off like a dog that just got out of the rain. The other part I laugh at each time is when she asks Luke “WHO ARE THE OTHERS?” when he says to Claire that she is one of the prettiest girls he knows. It’s all in the delivery. If you’ve seen the movie, you know what I’m talking about.

The testament to how much audiences, including myself, love Claire is most people’s reaction to her being killed off at the end of the movie. To many people this is a deal breaker and makes them not enjoy the movie altogether. I can understand this feeling even if I don’t agree with them. It’s a tough pill to swallow to convince us to love someone for 90 minutes only to kill them off at the end. However, Ti West has a reason for doing this metaphorically.

Claire, even in human form, is a ghost. She’s in a state of being but not existing. Claire is in the midst of a quarter life crisis in The Innkeepers (i.e. she’s trying to find herself) and her favorite hobby seems to be ghost hunting. The irony is that, in the end, she turns into a ghost. She was hunting for herself the whole time.

A huge amount of credit for the success of the character Claire has to go to the writing but without Paxton’s refreshing, light, physical and comedic take on it, the movie would not be as poignant, sad and enjoyable as it is. It’s the type of performance that makes you notice a performer you were otherwise ignoring and encourages you to plumb his or her entire filmography. In the case of Sara Paxton, I sure have. 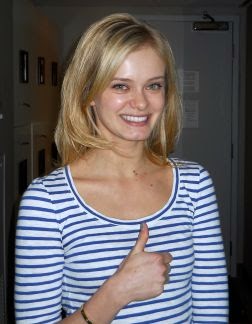