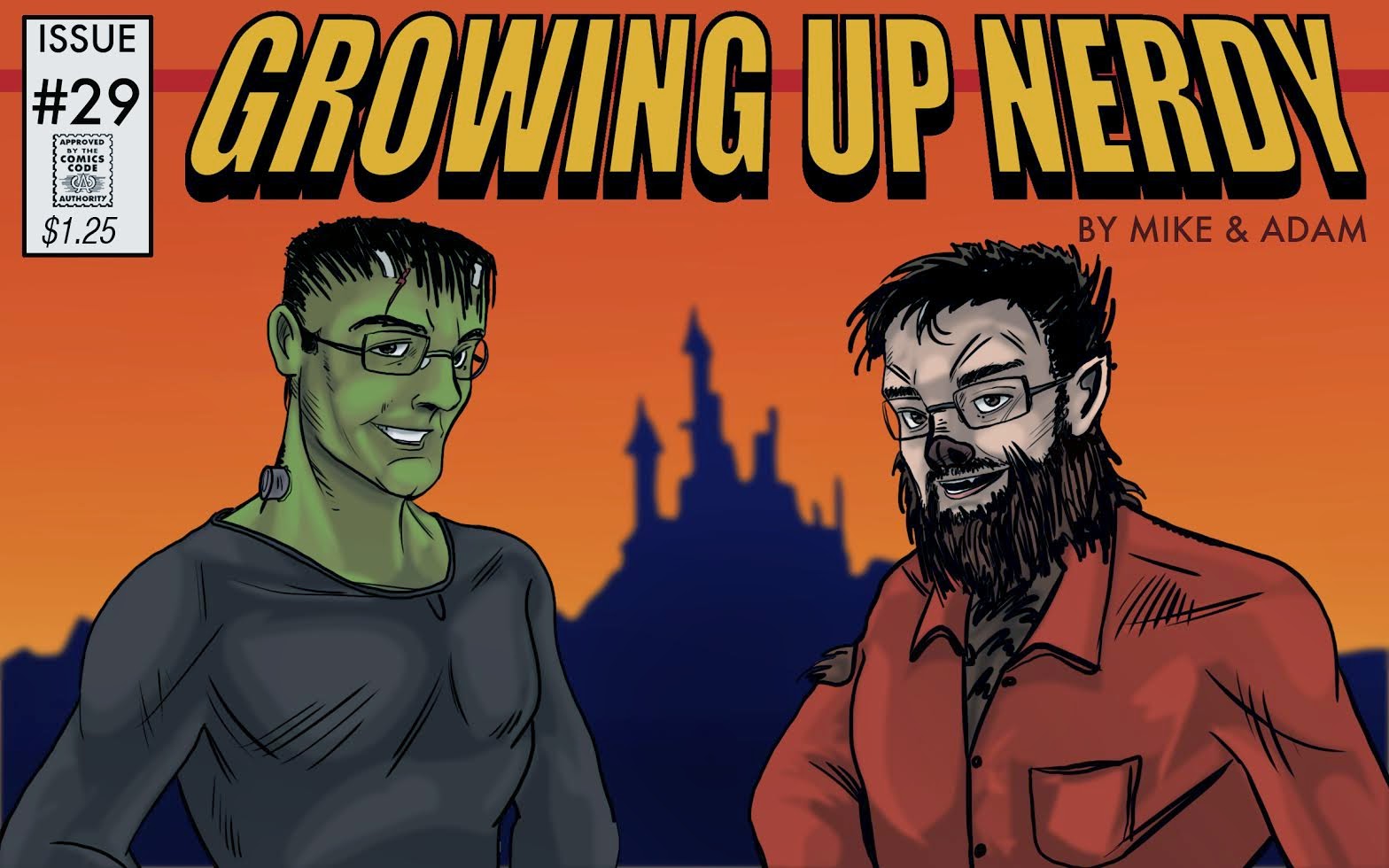 Who wants to watch a movie for the Scary Movie Challenge with the Nerdy Boys?

Mike: There’s almost nothing better than seeing a horror film with a like-minded crowd. I’m not referring to a theater of people seeing the new Paranormal Activity movie at your local theater on a Friday night, although that can be fun as well. The problem with a screening like that is that it’s often filled with teenagers on a date or people settling on that movie because it’s either that or the new Nicholas Sparks joint. I’m instead talking about a crowd at a horror film festival – a group of people that consume horror on a regular basis.

Take for example, the time I saw Tucker & Dale vs. Evil with Patrick, Doug, JB, and room full of horror movie nerds at the Portage Theater in Chicago. For those who haven’t seen Tucker & Dale, you should. It’s very clever and funny. It plays with the ‘crazy red necks in the woods’ trope and our audience ate it up. I’m sure that even non-horror fans would dig it -- funny is funny -- but to a crowd of people that consume scary movies regularly, that movie played. Alan Tudyk racing around the corner of the cabin wielding a chainsaw like a crazy person, all while being attacked by bees, resulted in one of the biggest laughs I’ve ever experienced with a group of people. We were all horror nerds “in” on the joke. 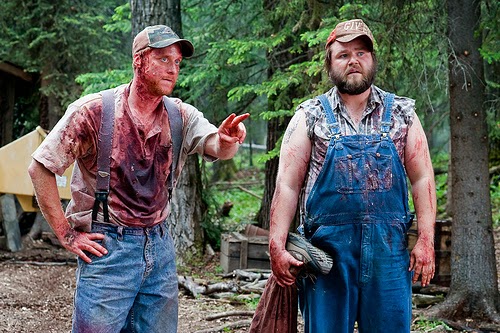 While I love watching horror movies with my friends (especially Patrick, because on more than one occasion we’ve watched a horror movie that was so bad he swore he’d never watch a movie ever again), my absolute favorite person in the world to watch a scary movie with is my lovely wife, Christy. This may come off as cruel on my part, and maybe it is, but to experience a horror movie through Christy's eyes is so much damn fun. For me, at least.

When Christy and I began dating, we went to see the great Unbreakable in the theater together. In the last act of the movie, when Bruce Willis uses his powers to save a family from some bad guys, Christy was holding onto me so tight throughout the whole scene. Her fear was so strong that she brought it home with her, convinced there may be intruders outside of my parents' home. At the time I thought, “Wow, this chick is so into me, she’ll find ANY excuse to grab onto me.” Little did I know it had absolutely nothing to do with how much she was into me. Turns out movies can scare the shit out of her.

Since Unbreakable, we’ve watched dozens and dozens of scary movies together, and they almost always have an effect on her. They don’t even have to be good movies -- in fact most are not, but they just need a moment or two that work on her and we’re sleeping with the lights on. While the movie is playing, she often holds a blanket or pillow up to the very bottom of her eyes at the mere hint of a scare, waiting to cover up. She begs to put lights on during the movie (NEVER!!) and often threatens divorce while some monster or alien terrorizes on the screen in front of her. Post-movie is when things get really interesting. She was convinced she saw an Asian girl on our ceiling after watching The Ring, and she was scared that there was a red-faced demon by our daughters crib after Insidious. I just asked her for another example and she just informed that she may or may not have seen Michael Myers in our backyard last fall. The most recent example of a movie haunting her is Ti West’s great haunted hotel movie The Innkeepers. I showed it to Christy maybe two years ago, and just the other night she got scared because she thought Madeline O’Malley was in our living room as Christy brushed her teeth for bedtime. That’s impact. 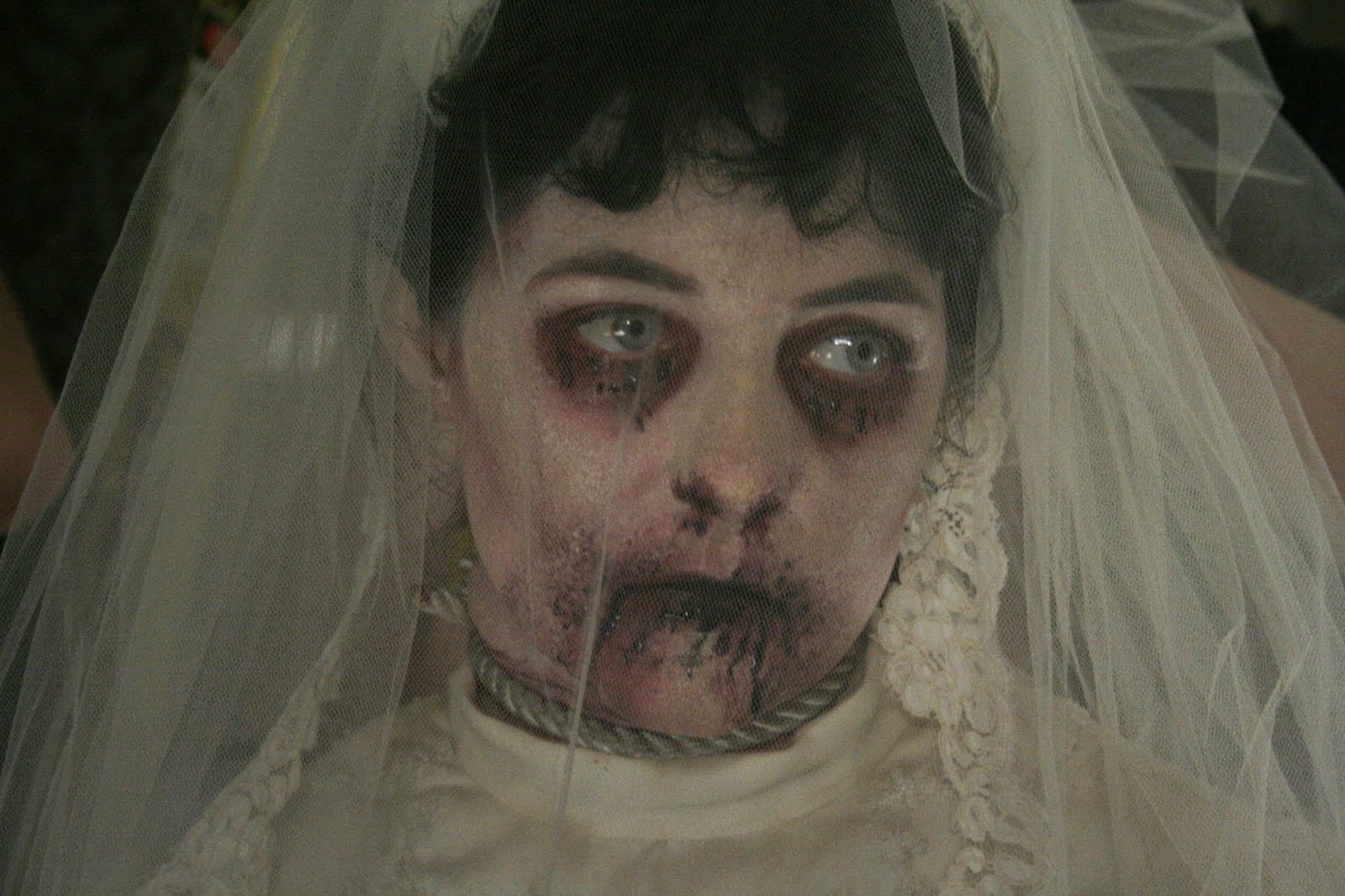 I understand if anyone reading this would think, “I feel like Christy may have a problem.” You’re right; she’s irrational when it comes to scary movies. But as someone that loves horror movies, they no longer scare me in any real way, so it’s thrilling for me to watch my wife watch these movies and have all of her buttons pushed. It’s exciting to see a scary movie actually scare someone.

And with that goes my Husband of the Year Award.

Adam: Oh, here we go again -- Mike throwing it in my face how awesome he and his wife are. “Look at how much I can mentally torture my wife and she still loves me!”

My wife is my least favorite person to watch a scary movie with. Okay, now I know I’m probably in the doghouse about five seconds after she reads that line. In that case, I love you sweetie, you’re the light of my life. Except with horror movies. 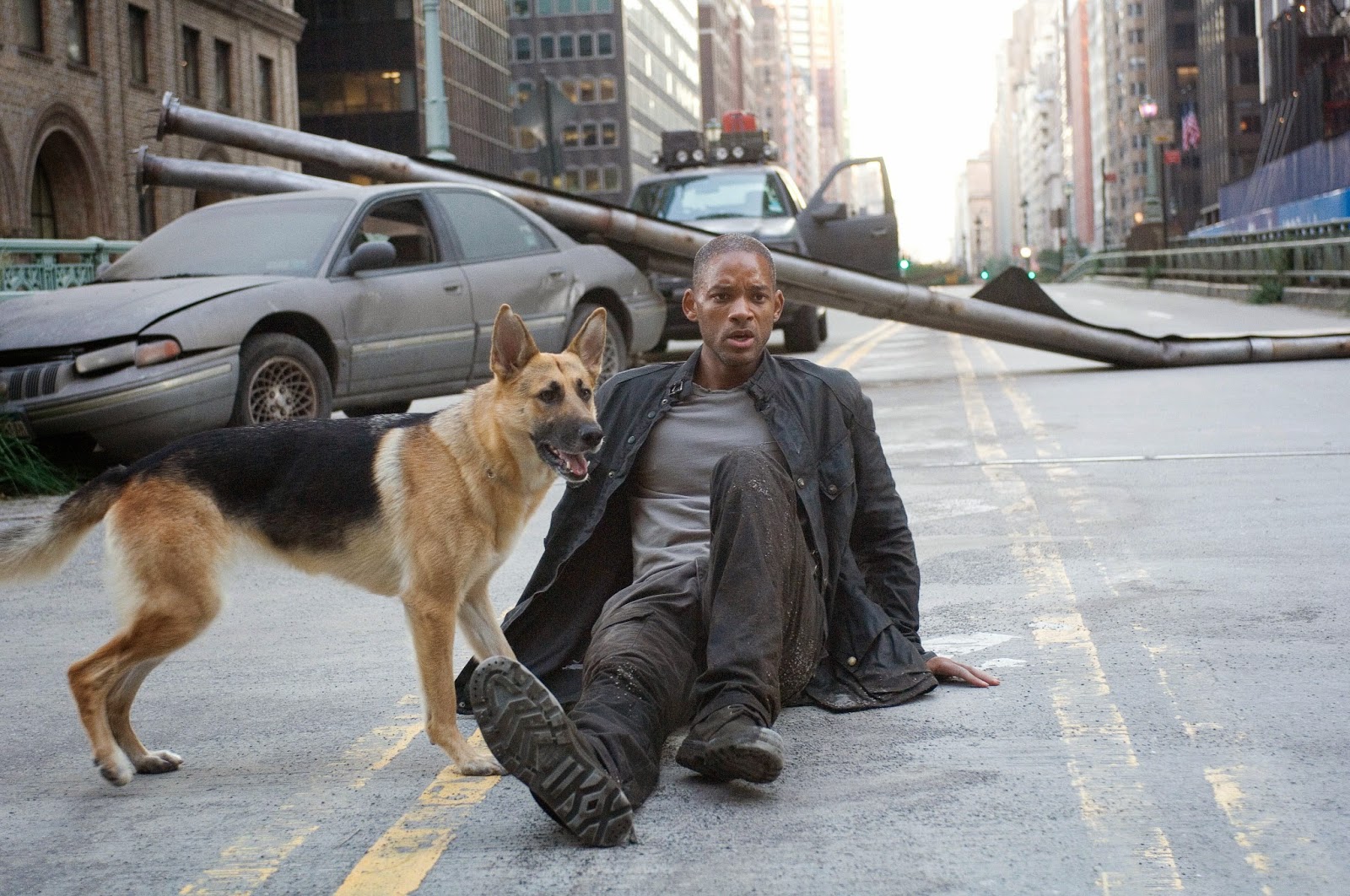 I was just trying to explain the plot of I Am Legend to her and she didn’t want to talk about it anymore. No, not because she didn’t like the plot, but because she thought “it was too scary.” I love my wife, she’s an amazing wife and mother, but when it comes to horror movies, she is not a fan.

When it comes to people that I REALLY love watching a horror movie with, it comes down to one simple question: Is this a bad, good or great horror movie?

If we are talking a good horror movie, there is no one better than Gal Pal Nancy. You may have spotted Nancy in our four-part series “Mike and Adam go to Comicon”. Nancy is great; she’s basically up for anything, and I’ve had the pleasure of grabbing a few horror flicks with Nancy. Nancy is great because she gets so into it. I agree with Mike that it is so much fun watching someone be scared.

Every year we all try to get together to watch at least one horror movie, and I love that Nancy is usually there. She completely immerses herself into the movie and it’s so great watching how into it she is. To this day, one of my very favorite movie going experiences is seeing I Know What You Did Last Summer in a packed theater with Gal Pal Nancy next to me. There was very little that scared me in that movie, but for Nancy I’m pretty convinced it was the scariest two hours of her life to that point. 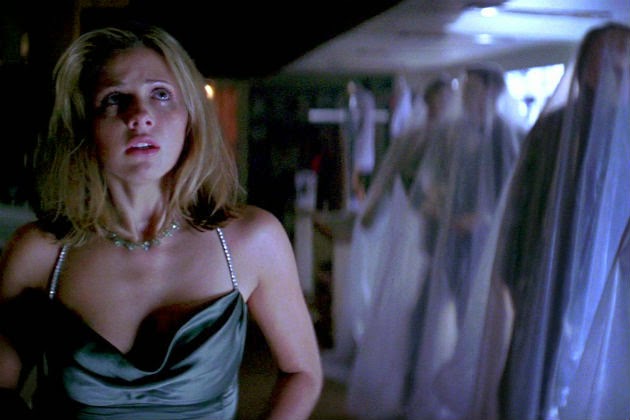 Now, if we are talking about a bad horror movie, the answer is my nerd life-partner Mike and any other random individuals. Bad horror is so much fun sometimes. And believe me, there is a difference between “Bad Fun” and “Shitty Bad.” Recently I watched New Year’s Evil on Netflix. It’s not a good movie by any means, but during the entire thing I kept wishing I had a group of people to watch it with because it was all types of “Bad Fun.” I’ve never seen the movie C.H.U.D., but I own a copy of it. I picked it up for a dollar at a garage sale. It’s sitting in my collection, waiting for the day I can convince a few of the F This Movie! guys to watch it with me, because I’ve got a sinking suspicion this movie is a lot better with a few people to watch it with.
Posted by Patrick Bromley at 6:00 AM

Email ThisBlogThis!Share to TwitterShare to FacebookShare to Pinterest
Labels: 2014 scary movie month, growing up nerdy, horror movies, i know what you did last summer, the innkeepers