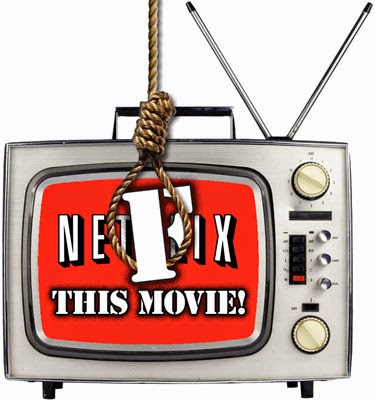 Round two of #ScaryMovieMonth picks! 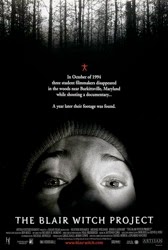 Adam Riske: The Blair Witch Project (1999, dir. Daniel Myrick & Eduardo Sanchez) Unfortunately marginalized after the insane amount of hype it received upon its initial release (and the found footage genre it spurred), The Blair Witch Project has actually become underrated. I wonder if future generations, who were not film watchers when the movie was released in 1999, will eventually come back to it with renewed affection. I think it's a supremely scary and effective horror movie and one I enjoy with every revisit. 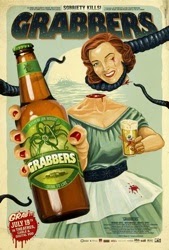 Adam Thas: Grabbers (2012, dir. Jon Wright) A monster movie in Ireland? Yes, please! What initially drew me to Grabbers on Netflix was the cover of the movie. It was painted to look like one of those cheesy horror posters of the '70s and '80s, and you can tell that this movie is influenced by that time period. The plot is pretty absurd upon first viewing: essentially these monsters can’t kill you if you’re drunk, so the entire town proceeds to get shitfaced. Grabbers tries to be a sci-fi/horror/rom-com and does all three of them okay, but I don’t think does any of them great. With that said, I found the movie entertaining and pretty funny at times -- not to mention I thought the opening scene was stellar. 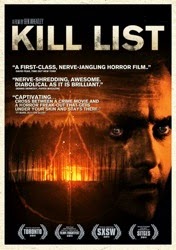 Doug: Kill List (2011, dir. Ben Wheatley) An atypical horror film (up until the last act, it's more of a crime thriller and kitchen sink drama), Kill List has grown on me since I first watched it, and I've enjoyed unpacking some of its more confusing elements ever since (starting with, "HUH?", followed closely by, "Sure, but WHAT?"). It's a polarizing movie -- not many people (aside from, maybe, Patrick) lie in between the (silly) LOVE IT/HATE IT debate -- but one that, in my opinion, is worth the extra analysis. Hardcore horror fans might be turned off by its obtuse approach, but for those looking for a different flavor of scary, check it out. I'm curious to see what else Ben Wheatley has to offer. Note: Americans may need to use subtitles to understand some of the thick British accents. Unfortunately, Netflix's closed captioning for this movie STINKS (you've been warned). 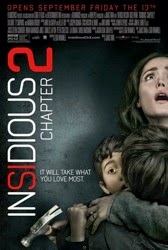 Erich: Insidious Chapter 2 (2013; dir. James Wan) James Wan is an awfully good director. I recently re-watched The Conjuring, not expecting it to have much of an effect on me the second time. Boy, was I wrong. I'm not (that) ashamed to admit I had to turn lights on before I went to bed that night. Insidious and this sequel aren't as scary as The Conjuring, but they're pretty darn good. Where the original movie benefits from the horror of the unknown, Insidious Chapter 2 is more clear from the outset about the who and what of the haunting. What it lacks in creaks and bumps it makes up for with a solid ghostly villain and Wan's gift for the jump scare. There are a lot of terrible horror movies on Netflix. This isn't one of them. Thinking of skipping this movie? DON'T YOU DARE! 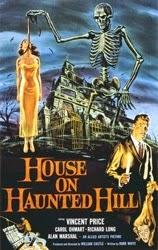 Heath Holland: House on Haunted Hill (1959, dir. William Castle) Later this month Scream Factory is releasing this film as part of their second Vincent Price box set, but you don't have to wait. Price plays a millionaire who offers to pay five strangers to spend the night in his old house. What sets this 1959 original apart from the remake of the same name from 40 years later is a sense of carnival fun. House on Haunted Hill is not unlike a thrill ride that's filled with jump scares and silly gimmicks that have visible wires. It all adds to cheap amusement that horror movies from the 1950's seemed to excel at giving us by making movies that still retain their shine decades after their heyday. 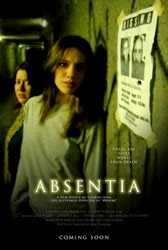 Mike: Absentia (2011, dir. Mike Flanagan) Before writer/director Mike Flanagan hit the mainstream with Oculus, he wrote and directed the low budget Absentia, a character-driven horror film starring Courtney Bell as Tricia and Katie Parker as Callie, two sisters helping one another cope with the problems facing them in their lives. Tricia’s husband, Daniel, went missing seven years ago and she and the authorities are now preparing to declare him dead. While Daniel has been missing, he’s not…gone. Absentia grabbed me right away; Parker and Bell have wonderful chemistry, and it never let go. It’s a compelling mystery, scary horror story and interesting character piece all rolled into one well made feature. You have my attention, Mr. Flanagan. 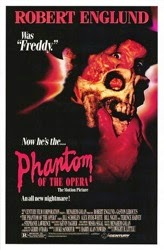 Patrick: The Phantom of the Opera (1989, dir. Dwight H. Little) Here's the deal. We've recommended over 500 movies in this column, and I've never repeated a single title that anyone has suggested. That limits my choices this #ScaryMovieMonth because most of the horror movies I really love or want to make a case for have previously been recommended by someone somewhere. I will sometimes have to pick movies I don't totally believe in. EXCUSES ASIDE, I'm recommending the 1989 remake of Phantom of the Opera this week for a few reasons: 1) it's coming out on Blu-ray from Scream Factory in a few months and you can check it out before blind buying it, 2) it has some really cool sets and production design, making it a uniquely handsome horror movie for 1989 when the genre was already on its way out and 3) most importantly, it's directed by my main man Dwight H. Little, who is also responsible for Halloween 4, Rapid Fire and Marked for Death. He's one of my favorite underrated genre filmmakers, making every one of his films worth at least a look. Plus Jill Schoelen!
Posted by Patrick Bromley at 12:00 PM