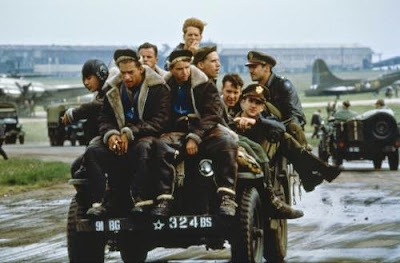 One of the best things about movies is how they can help us honor the past.

Having grown up in the Canadian Air Force, in a family of several generations of those who have served, my attendance and participation at Remembrance Day ceremonies was as common as Christmas to me and has deeply impacted who I am today. Having just completed my first Scary Movie Challenge, the time has come to switch gears into November mode, which is usually spent watching films related to the World Wars, so I can be forever educating myself in (and remembering) our world history. I have discovered over the years that few people have even an inkling of the sacrifices made to ensure our freedom, and with such a wealth of both non-fictional and (fact based) fictional films out there, it is far too easy to educate oneself from the comfort and safety of your couch.

With this year marking the 100th anniversary of the start of the First World War, I had hoped to locate a few films on this topic (primarily on Netflix this year). However, aside from 2012's War Horse (one viewing of this was MORE than enough for me, with this being the only time in my life I have ever had to walk out of a theatre due to my crying bordering on hysterical. POOR HORSIES!), luck did not prevail and I instead have returned to a few WWII favourites that have been my annual staples for quite some time.

Every November the film that is first and foremost on my watch list has been Memphis Belle (1990, directed by Michael Caton-Jones) starring Eric Stoltz and Matthew Modine, and also featuring Harry Connick Jr. Like many war films, it follows a small, tightly-knit group of men, the crew of an American B-17 bomber based in England. While this is not a film based on one specific factual story to come out of the war, it is an accurate representation of the struggles, the missions, and the camaraderie of a bombing crew of boys that became men overnight. I saw it for the first time in my late teens and fell in love with it. 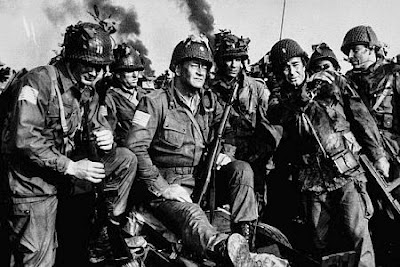 New to my list in the past couple of year is 1962's The Longest Day, based on Cornelius Ryan's book of the same name. With much attention being focused on the time leading up to the invasion, the film is a near perfect look at D-Day (Operation “Overlord” - the Allied operation that launched the successful invasion of the German-occupied Western European coast) from almost every viewpoint, especially from the Germans perspective as they were overwhelmed at the onslaught of forces deployed against them. Starring John Wayne, Richard Burton and with a couple of cameos from Sean Connery and Paul Anka, this film had my rapt attention for its entirety. 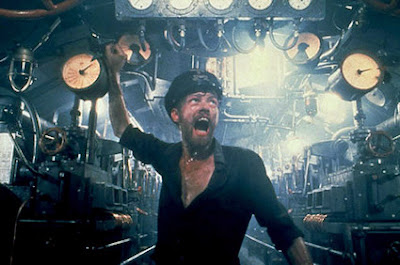 I discovered Das Boot (1981, directed by Wolfgang Peterson) in the mid to late '90s, and while I have not revisited it as often as I would like, it has remained near the top of my all-time favourite war films. It examines the life aboard a German U-Boat and how the soldiers managed to maintain professionalism as they went about their horrific missions in the face of claustrophobia, sheer terror and submarine war in the Atlantic ocean. This film has the ability to bring you from the comfort of your couch and into the minds and the terror of these German soldiers who were confined in a metal tube, surrounded by water and fighting a war they did not understand. It is truly terrifying, beautiful, heart-wrenching and everything that an incredible film should be.

The main aspect of the Second World War that I am still unable to grasp, no matter how much reading of books and watching of films and documentaries I do, is the Holocaust. One of my favourite films on the topic is Schindler's List (1993, directed by Steven Spielberg), based on the true story of Oskar Schindler and his efforts to save as many Jewish people as possible from their impending systematic slaughter. It is a staple of mine come November, and no matter how many action-spy-wolf-punching-superdads Liam Neeson portrays, he will always be Oskar Schindler to me.

A great seven-part documentary series to check out (should you have an extra 14 hours laying around) is The War (2007), a film by Ken Burns. It is centered around four American towns and the impacts of the war on the communities and of several families. I really enjoyed this film, and am looking forward to including it in my annual November Remembering month next year. 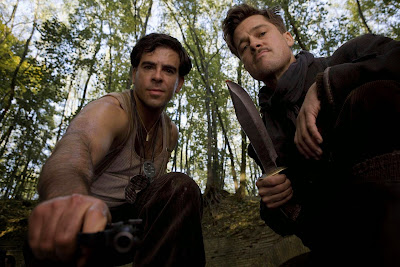 And to end my war film series on a high note(?), I find that Quentin Tarantino's Inglourious Basterds (2009) sums up what would most likely occur should the opportunity ever arise to go back in time, armed with the knowledge of just where that second world war would lead. From my first viewing of this film, I fell in love all over again with revenge, Tarantino-style.

A few others that need recognition, although I have not yet watched them this year:

Charlie Chaplin in The Great Dictator (released DURING the war in 1940) was honestly one of my first eye-openers to Hitler, and resulted in the beginning of quest for information on the atrocities of the war and deepened my love of history.

Downfall (2004, directed by Oliver Hirschbiegel) gives the account of Hitler's final days in his bunker in Berlin. One of the most moving yet horrific portrayal of the dictator that I have come across. 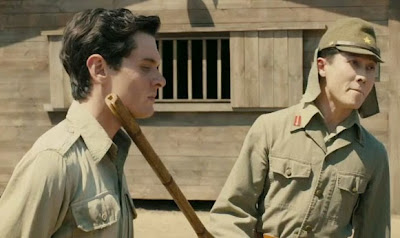 One more to squeeze in here and it needs mention because I am oh-so-excited for it, coming this December, based on the true story and book of the same name: Unbroken (directed by Angelina Jolie). I have read the book by Laura Hillenbrand, (and listened to the audio book a couple of times!), and I have fallen in love with the story of Louis Zamperini, the Olympic runner that went down with his bomber plane during the Pacific war and his story of survival in the face of horrific and seemingly insurmountable odds. Top that off with the book being adapted to screenplay by the Coen Brothers, and that basically places me at the movie theatre on Christmas Day.

The stories as told through these filmmakers, the facts on which they are all based, coupled with film's beautiful aesthetics and emotionally grabbing music transports me to a time that I cannot even comprehend. Through films like this, I have learned about the sacrifices made for our freedom, and I am ever more appreciative of what I have today. Lest We Forget.
Posted by Patrick Bromley at 12:00 PM