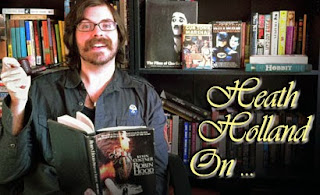 One day you’ll TOTALLY look back on this fondly.

Nostalgia is a wicked-powerful thing. It can be triggered by a smell or a song, and memories and feelings just come flooding in regardless of whether you want them to or not. Webster’s Dictionary defines nostalgia as “pleasure and sadness that is caused by remembering something from the past and wishing you could experience it again.” In terms of entertainment -- specifically movies, television, books -- we can revisit those experiences over and over whenever we want to, thus recreating the pleasure and sadness. In fact, I believe that movies are the greatest vehicle for nostalgia because they create such a perfect and engaging illusion in which we can get lost. Also, movies just go better with popcorn and Milk Duds than Milli Vanilli’s music. Girl, you know it’s true.

I’ve been thinking about nostalgia a lot lately because I realized that it drives just about everything I do. As soon as Scary Movie Month ended (which is an annual nostalgia trip for me) I went on a binge of comfort movies. I’m talking Ghostbusters. I’m talking Back to the Future. You KNOW I’m talking Star Wars. There’s just something about this time of year and the cold weather that gets me feeling particularly nostalgic and motivates me to pursue old familiar interests. It’s not lost on me that we’re marching swiftly toward the holidays and the entertainment industry trades on the feelings of nostalgia in an effort to separate us from our hard earned cash. 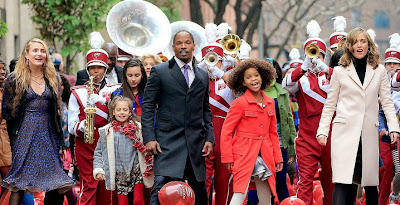 I’m not judging; I don’t even care. Dear evil corporate illuminati: you can have all of my money as long as you continue to give me hard-to-find movies like No Holds Barred on Blu-ray. On second thought, you can keep that one; it smells like dookie. It’s nostalgia that makes me forget that Disney and Coke are really gigantic companies that sell happiness, and I actually take comfort in knowing that I can digest my Thanksgiving dinner while I watch back-to-back James Bond movies on cable and that A Christmas Story is going to be on for 24 hours straight. It’s also this time of year that I will forever associate with Harry Potter and The Lord of the Rings because those films were such an integral part of the season over the years. I’m saying, I’m a big fan of nostalgia.

This all primarily comes from the stuff you loved when you were a kid; I’m still angry at Michael Bay over his (lack of) characterization of the Autobots and Decepticons in the Transformers movies because my affection for those characters goes back to their first, original incarnation. Yes, I’m opining about transforming robots again. I’M SORRY. If you ask a ten year old about Transformers, they’ll likely point to Bay’s movies because that’s what they’ve been given. And that’s FINE because that’s just how it works. As JB has said over and over again, “I can’t argue with your childhood.” Arguing with nostalgia is hopeless. And mean. Don’t be mean.

I’m in the minority of people who had a deep, emotional reaction to The Amazing Spider-Man 2 and I think I’ve got to admit that it affected me so much because it gelled with my preconceived notion of the character and just felt “right” to me. The interpretation of the superhero that director Marc Webb put on screen (primarily based on writer Brian Michael Bendis’ Ultimate Spider-Man comic, of which I own a full run…telling, hmmm?) resonates with me more than the old Stan Lee comics that Sam Raimi grew up with. That doesn’t make Raimi’s vision any purer or more valid than Webb’s, but it DOES mean that Marc Webb can make my cry like De Niro during a Barbara Walters interview. Don’t blame me, blame nostalgia. 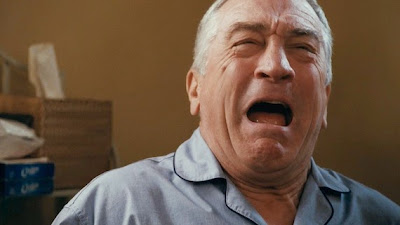 Going back to Scary Movie Month, I’m even nostalgic about things that WEREN’T a part of my childhood, like the Universal Monsters and slasher monsters like Freddy and Jason, all of which I have GOT TO STOP bringing up so much. That’s the tricky thing about nostalgia, and I think Webster’s Dictionary should add to their definition so that it includes the pursuit of pleasure and sadness through an illusion of familiarity. I’m talking about how sometimes nostalgia assimilates things that you wouldn’t expect to have deep affection for--because you didn’t grow up with them, see--and tricks you into feeling like they were always there. Like, why am I nostalgic for Degrassi Junior High when I didn’t even see an episode of it until I was in my 20s? Nostlagia can be a real bastard like that.

I have a theory that nostalgia is always there and is always on, filtering everything we see and do. Nothing we watch exists in a vacuum and you can’t go see a movie like Interstellar without your brain recalling other movies about space travel and gauging how this new movie makes you feel in comparison to how all the other ones made you feel. Does it pull this string like Contact did? Does it fail at making you feel happy, or sad, or mad? Then there are other factors at play, such as how the story and the characters resemble or don’t resemble your own life, friends, and family. If something feels familiar and relatable to your experiences, you’re bound to be more accepting than if you couldn’t relate to what you were seeing. I’m pretty sure I was one of the kids in Stand by Me (the fat one). That movie feels so comfortable and “right” that my mind half-believes I was there. You guys wanna see a dead body? 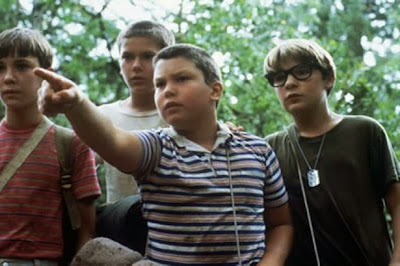 Nostalgia can also be a bad thing because it’s easy to get lost in that warm cocoon where new things don’t stand a chance. I submit for evidence the recent announcement of the Star Wars: Episode VII title, in which a million voices suddenly cried out in terror and refused to be silenced. I saw a fairly large amount of Star Wars fans express trepidation over the title and its implications. Do the filmmakers know what they’re doing? Is this going to be like the Prequels again? It’s nostalgia for those first three movies and for the universe that they take place in that makes fans raise that suspicious eyebrow. The same goes for the finale of Doctor Who: fan arguments were waged this way and that, each viewer coming from a place of nostalgia over whether or not the history of the show was respected.

Personally, I know that I am very easily seduced by nostalgia, now more than ever. At least once a year (or more realistically, let’s say that it happens 362 days out of each year) I’ll end up doing what I’m doing now, which is digging out all the old movies that make me feel good and take me back to a time before I knew about a thing called income tax and when the current pop culture was so easy for me to be a part of. Nostalgia is safe and familiar, and it’s effortless to fall into a cycle of familiar references and experiences because that’s what’s safe. 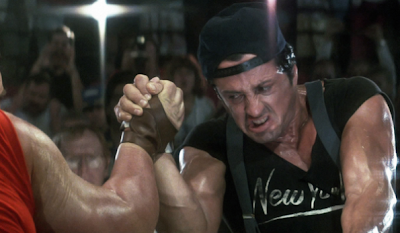 Ultimately, I end up shaking it off and moving onward and upward. I have to remember that it’s important -- critical, even -- to experience new things and to expose myself to as much new stuff as possible. It’s so great to have a safe place to come back to and serve as home base where I can recharge before my next expedition seeking new movie magic. Nostalgia is a nice place to visit, but I don’t think I could live there. It’s only by venturing outside of my comfort zone that I ever discover new things to love and to add to that constantly growing pool of awesomeness from which I draw inspiration. I hope I never stop moving forward and never lose the desire for new thrills at the cinema. Nostalgia is nothing if it becomes everything.

So, looking forward, I hope you’ll stay tuned for my 26-week series on the political and spiritual themes of 1987’s G.I. Joe: The Movie, coming soon. Yo Joe!
Posted by Patrick Bromley at 5:00 AM