We've got action, comedy, romance, family films and a tribute to a great filmmaker. We've got it all. We're the UHF of Netflix recommendations. 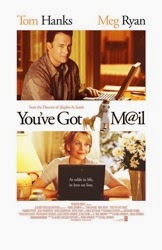 Adam Riske: You've Got Mail (1998, dir. Nora Ephron) There are better movies than You've Got Mail, but no movie may be more important to my life. My first date was taking a girl to see You've Got Mail and then going to Applebee's (which was the first time I ever used a credit card - I left a cash tip and wrote on the receipt "tip on table" - I had no idea what I was doing). I took a course in college called "Writing Analytically" and wrote a paper on gender in the business world using You've Got Mail for examples. Without that paper (I got a B+) I would probably not be able to write columns and reviews at F This Movie! because I would have no idea how to write analytically. Lastly, being a worker bee in the business world, I often ask myself when I'm stumped "What would Joe Fox do?" after the Tom Hanks character in You've Got Mail. I kid you not, I have faked my way through presentations doing a Joe Fox impersonation. I fucking love Mail. It's the only good Greg Kinnear movie, btw. 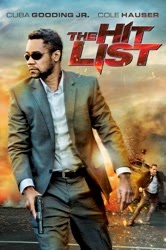 Adam Thas: The Hit List (2011, dir. William Kaufman) Sometimes you click on a movie on Netflix not because of anything you read, or who is in it, but just because the plot sounds really interesting. The movie follows Allan Campbell (Cole Hauser), a guy who decides to go to the bar and get drunk after having a really bad day. While at the bar, Allan runs into Jonas Arbor (Cuba Gooding Jr.), a government assassin. Realizing Allan is having a bad day, Jonas tells Allan to make a list of five people he’d like to see dead; to Allan’s shock, these people start disappearing. Could the movie be better? Absolutely. The Hit List takes some shortcuts, and the low budget nature shows in some scenes. I was entertained by the story for a good majority of the movie and it’s just nice to see some action movies that aren’t repeating the same plot and themes over and over again. 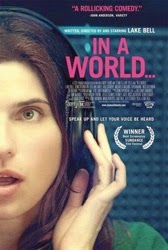 Doug: In a World... (2013, dir. Lake Bell) This movie is VERY precious. And slight. But it's still enjoyable and entertaining. First-time writer/director Lake Bell casts herself (which is a bit weird) as the super adorable and quirky and AWESOME female lead looking to break into the male-dominated world of voice-over work (a pretty interesting industry, it turns out). She surrounds herself with a very funny, capable cast (including Ken Marino, Demetri Martin, Rob Corddry, Michaela Watkins, Nick Offerman, Tig Notaro and Geena Davis) who really know how to deliver their jokes. The film also has something (albeit not a ton) to say about female empowerment, so that's good. In other words, it's not JUST the Lake Bell Show. But it's not too far off. 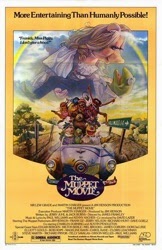 Heath Holland: The Muppet Movie (1979, dir. James Frawley) This is the Turkey Day edition of Netflix This Movie, and in a few days most of us in America are going to be gathering with their families and friends, eating a lot, and then snoozing on the couch while History Channel plays repeats of Ice Road Truckers. I just wrote about my affection for this movie, and there's also a podcast on the Muppets movie series; it seems like almost everyone loves Jim Henson's Muppets. I submit that this is a perfect movie to watch on Thanksgiving because it has something for young and old alike, and because you'd be hard-pressed to find a movie that's more comforting and holiday-friendly. 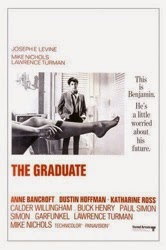 Patrick: The Graduate (1967, dir. Mike Nichols) Normally I don't like to recommend titles I'm pretty sure everyone has already seen, but the great Mike Nichols has passed away and you should watch this one in his honor. Have yourself a Mike Nichols films festival this weekend. Watch Carnal Knowledge. Watch Catch-22. Watch Working Girl. Watch The Graduate and then listen to our podcast on the film, in which JB and I both determine it to be one of the best movies ever made. RIP Mike Nichols. He was one of the greats.
Posted by Patrick Bromley at 12:00 PM