Happy Black Friday! While you nurse your broken arms and legs, here are some movies to watch on that new TV you killed someone to get! 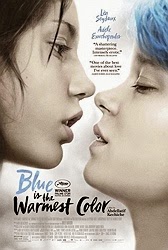 Adam Riske: Blue is the Warmest Color (2013, dir. Abdellatif Kechice) It's the holidays, so what better time than to gather around the family and watch Blue is the Warmest Color? I kid, but honestly I mention that joke because when I saw this movie in theaters there was a lesbian couple in front of me discussing how one of the women's families wanted to go to the movie with her and she told them no because it's "not a family kind of movie." I struggled to hold in my laughter because she is 100% absolutely right. That aside, Blue is really good, with an exceptional performance by its lead actress Adele Exarchopoulos. Plus it has many hot scenes of people eating pasta. That's not a euphemism. There must be a half dozen scenes of people eating spaghetti in this movie. It's like it was made by Barilla. 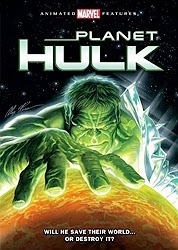 Adam Thas: Planet Hulk (2010, dir. Sam Liu) I’ve gone a little animation crazy lately and decided to try out Planet Hulk because I really enjoyed the comic. Animated comic movies are usually hit or miss, especially when they are based off of really great comic stories but they tweak the story enough that it makes sense for a shorter movie. Planet Hulk follows the same premise as the comic: Tony Stark and Reed Richards think Hulk is too dangerous to keep on Earth, pop him in a spaceship and blast him off world. After that original premise, the movie strays very rapidly from the comic. It’s clearly not aimed toward young kids as it is rather violent in places and has an animation style and feeling of Japanese Anime. The thing with Hulk is that he’s not a very complex character and it’s hard to make him or his movies interesting. Sam Liu has a long history in animation and does a really great job telling the story and pacing the movie so it holds your attention. 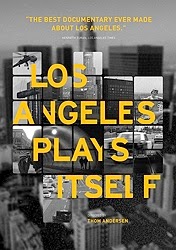 Heath Holland: Los Angeles Plays Itself (2003, dir. Thom Andersen) This documentary was released in 2003 but has only recently resurfaced. It takes an exhaustive look at the history of Los Angeles as a setting for films and television over the years; it also forms some interesting conclusions about what those movies have to say about about the legend of Los Angeles and the weird dance the city and the industry seem to be locked in. It's chock-a-block with film clips and then/now footage of locations from all sorts of movies and TV shows. I recommend this documentary for the tons of inside information it covers. However, there are a couple of BIG caveats that could hamper your enjoyment. 1) The narrator, Encke King, is very dull and seems to be doing a bad Joe Friday impression. For the first few minutes I thought it was actually a joke and the film was doing a riff on Dragnet. Turns out, no. When Dragnet comes up later in the film, though, it hardly a surprise. 2) While It's extremely interesting and full of film-school knowledge, the documentary is nearly three hours long. That's a bigger barrier when you consider caveat #1. Enjoy yourself, but bring a sack lunch. In the end, I think it's worth it. 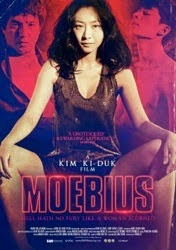 Patrick: Moebius (2014, dir. Kim Ki-duk) If you REALLY feel like challenging yourself this weekend, check out Kim Ki-duk's latest film -- a dialogue-free and pitch-black drama about castration and incest and revenge and all the things we're thankful for this holiday season. I reviewed it earlier this year and I'm still not totally sure how I feel about it, but I can say with confidence that you're not going to have seen anything else like it. If you've got the taste for it, Moebius is worth seeing. Many of you would do well to stay away.
Posted by Patrick Bromley at 5:00 AM