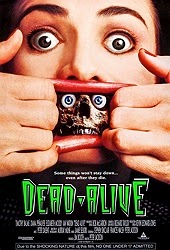 The third and final (for now) film in Peter Jackson's Hobbit trilogy -- which was the sequel/prequel to his already-successful Lord of the Rings trilogy -- is in theaters this week, meaning Jackson can hopefully close the book on Middle Earth forever and get back to making the kinds of movies that made us love him in the first place. What were those movies? I'm glad you asked.

1. Bad Taste (1987) Jackson's first feature is a truly independent affair; in addition to directing, Jackson wrote, produced, edited, photographed and starred in this oddball sci-fi horror comedy shot in his native New Zealand. It's a movie he went off and made with his friends and feels like it, though when the guy who eventually makes Lord of the Rings makes a movie with his friends it looks a lot different than when I used to. It follows a group of four guys (including Jackson, whose brain is spilling out of his head for most of the movie's running time) who must stop an invasion of aliens who have come to Earth to eat humans. The makeup and gore effects have a homemade charm to them and Jackson's oddball sense of humor is fully on display. For being a first film, Bad Taste gives us a real sense of Jackson's singular voice as a filmmaker -- and just what we've lost to years of CGI Middle Earth epics. 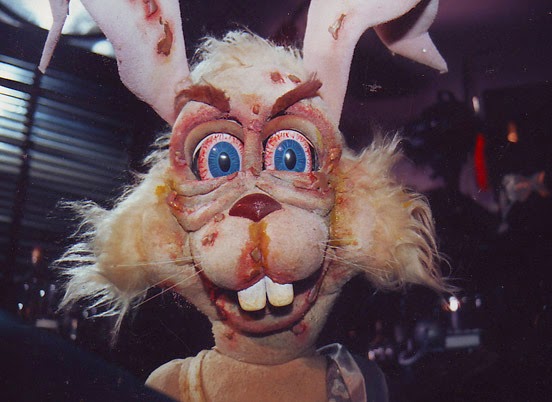 2. Meet the Feebles (1989) In case you weren't yet convinced that Jackson is a comic anarchist, he went and directed this feature-length puppet musical comedy -- a parody of The Muppet Show in which all of the "muppets" are drug-inhaling, adulterous and murderous assholes. The Kermit proxy spends most of the movie deteriorating from a nasty STD, which should give you a good indication of the kind of movie this is. Like many of Jackson's early films, Meet the Feebles has a "They're getting away with something/What am I seeing?" quality. It should absolutely be seen -- particularly for the way it cranks Jackson's sense of humor to 15 and further reveals his love of special effects trickery (here done practically in the pre-digital days) -- but it's the kind of movie that's not easy to revisit again and again. Once will be probably be enough for most people. This was the first movie Jackson wrote with wife Fran Walsh, with whom he would collaborate on all future scripts.

3. Dead Alive (aka Braindead) (1992) While Jackson will be best remembered for his Lord of the Rings series -- a genuine cultural phenomenon that racked up scores of Oscars, grossed billions of dollars and changed the Hollywood landscape forever -- I'm still inclined to call Dead Alive his masterpiece. It tells the story of a nice New Zealand man (Timothy Balme) who's a bit of a mama's boy and spends the entirety of the film dealing with a zombie outbreak after his horrible mother is bit by a Sumatran rat monkey at the zoo. There are no words to describe my reaction the first time I saw this film in 1993; needless to say, I was forever changed by what Jackson is able to pull off. He pushes Sam Raimi-inspired splat-stick to another level entirely, orchestrating the goriest, most outrageous horror comedy ever made -- one which, more than 20 years later, has yet to be topped. What's most incredible about the film is that the violence would almost be impossible to watch if it wasn't so goddamn funny, too. This is Jackson perfectly balancing everything he does so well. 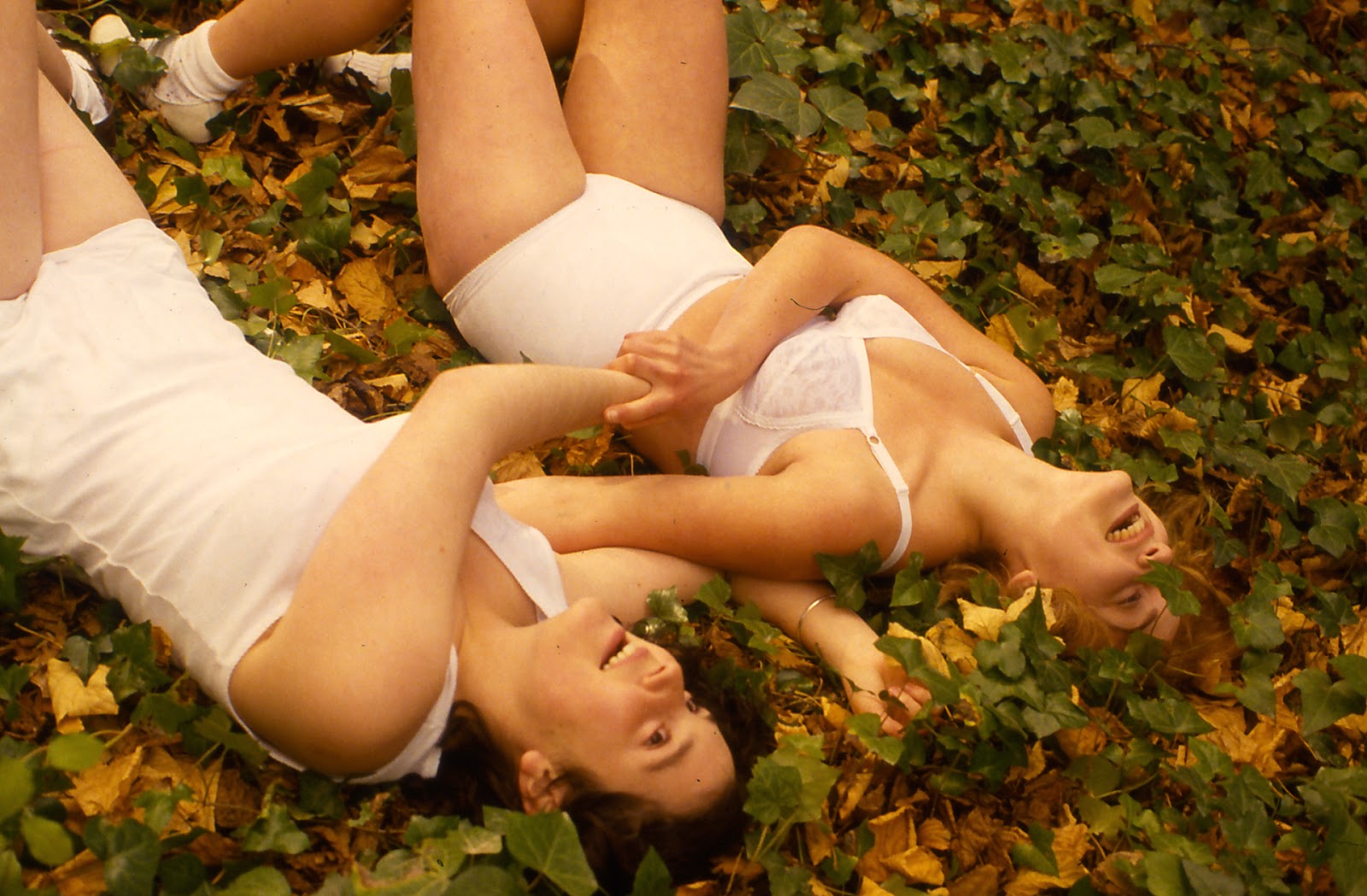 4. Heavenly Creatures (1994) The mid-'90s were arguably the best creative period for Jackson, as he made four movies in four years that are all different and interesting and successful in their own ways. He followed up the insanity of Dead Alive with this film, a quiet, true life character-driven tragedy about two best friends (a young Kate Winslet and Melanie Lynskey, both making incredible screen debuts) who create a fantasy world for themselves and are driven to murder when someone threatens to break them apart. After a series of extreme movies that had appealed mostly to genre and cult enthusiasts, this was the film that made everyone stand up and take notice of Jackson as a filmmaker. This is a great movie, one that doesn't sacrifice his voice or his ability to incorporate visual effects into his stories (represented here by some digital effects the create the girls' fantasy world). Best of all is that it's one of his last truly human films, in which characters aren't overwhelmed by spectacle.

5. Forgotten Silver (1995) A faux-documentary on fictional New Zealand filmmaker Colin McKenzie, who is said to have created every single invention of modern cinema either intentionally or by accident. While very funny and affection towards the art of filmmaking, Forgotten Silver's real importance lays in the way that it once again seamlessly manipulates technology (here the recreation of old films) to tell its story. This is the film mentioned by JB on the recent Director Secret Successes podcast. 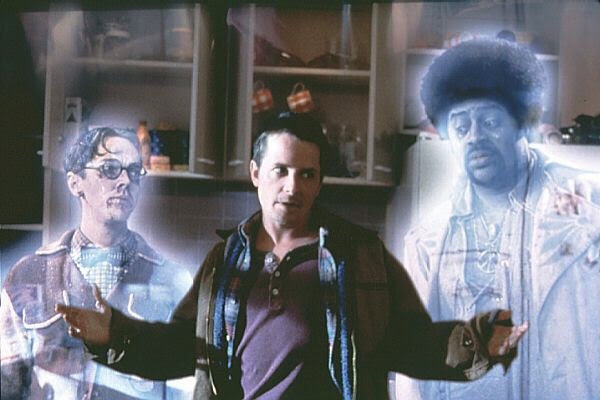 6. The Frighteners (1996) Though not entirely successful, Jackson's supernatural horror comedy is noteworthy primarily because it represents his first film with a Hollywood studio working with a big movie star. Michael J. Fox plays a paranormal investigator con artist who actually does see ghosts and gets caught up with an evil spirit that has the power to kill other ghosts. Producer Robert Zemeckis originally wanted a spin-off of Tales from the Crypt (which he also produced), but liked the screenplay by Jackson and Walsh so much that he had it turned into a feature with Jackson directing. The results are messy, with Jackson fully embracing digital effects for the first time and trying to combine horror and comedy in the same way at which he had succeeded in the past. Whether it was the rushed post-production schedule or Jackson's efforts to make a more "mainstream" movie, The Frighteners never fully comes together despite having a ton of stuff to really love. The film's visual energy and the Jeffrey Combs performance feel like the most "Peter Jackson" elements. This was the final theatrical starring role for Michael J. Fox.

7. The Lord of the Rings (2001-2003) There's no real sense in trying to choose just one of Jackson's original Middle Earth trilogy (I hate that we have to distinguish which Middle Earth trilogy we're talking about), as they're all part of one long story and one unprecedented cinematic achievement. At its time, this had to be the biggest gamble in movie history: three three-hour films with a combined budget of hundreds of millions of dollars, shot simultaneously by a filmmaker who had not been tested working on this kind of blockbuster scale. Had the first movie flopped, it would have spelled disaster for New Line. Thankfully, Jackson and his collaborators knocked it out of the park three times in a row, creating a series of films not just beloved by fans of J.R.R. Tolkien's beloved books but by audiences at large. This series captured the public's imagination in a way that no movies had since the original Star Wars trilogy. They also earned Jackson a bunch of Oscars (almost all for 2003's Return of the King, but really for the entire series) and gave him carte blanche to do whatever he wanted. 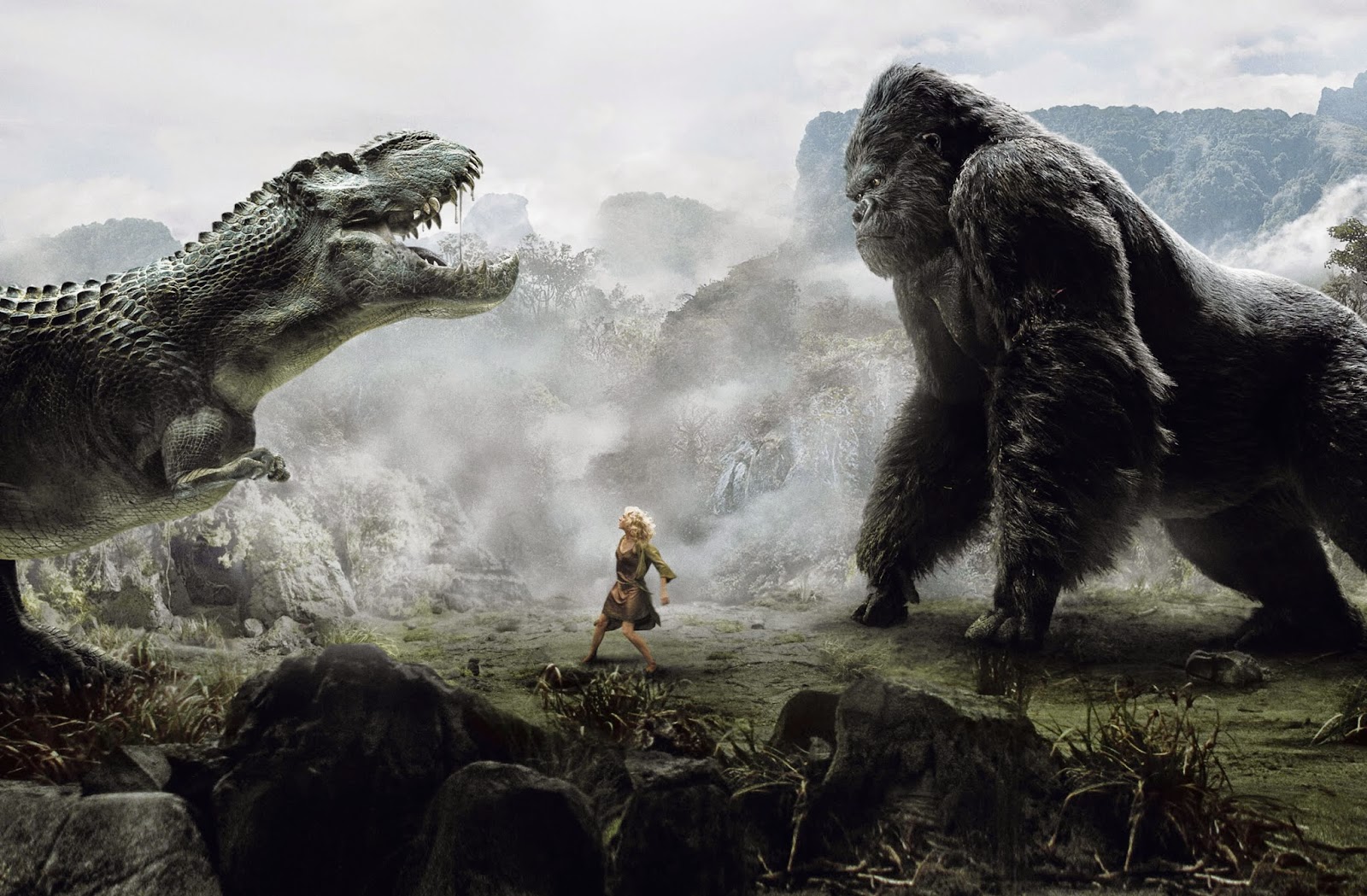 8. King Kong (2005) Jackson used his Lord of the Rings cache to remake King Kong, his favorite movie of all time. Though I'm a big fan of the movie, I can recognize that the results are very mixed. Despite state-of-the-art digital effects and an impressive motion capture performance by frequent collaborator Andy Serkis, Jackson's Kong feels strangely hollow -- it's blockbuster spectacle in the service of blockbuster spectacle, losing the humanity and character work that made his Lord of the Rings films feel so special. I've often argued that King Kong is about being a blockbuster, but that's probably a reach. Despite the bounty of imagination on display and Jackson's ability to create several breathless action setpieces, King Kong feels bloated and disorganized in a way that hardly any of Jackson's past films have, save maybe for The Frighteners.

9. The Lovely Bones (2009) Here's the proof that the Peter Jackson we once knew and loved might be gone forever. This is the kind of terrible movie that only a visionary filmmaker makes, as Jackson (again collaborating with Fran Walsh and Phillipa Boyens, his co-writers on the LotR trilogy) commits to every terrible idea with the same confused passion he brought to his King Kong remake. In adapting Alice Sebold's beloved novel, Jackson makes several disastrous storytelling choices and puts more focus on the effects, creating a digitally beautiful "in between" where lead character Susie Salmon (Saoirse Ronan) goes after she's murdered by a pedophile. Movies! Unlike Heavenly Creatures, his previous success combining fantasy and tragedy, Jackson loses the humanity in his story; none of the drama works and nearly every performance is flat or totally miscalculated (though maybe Jackson can't totally be blamed for Mark Wahlberg, who stepped in at the last minute after Jackson fired Ryan Gosling). There are a number of reasons why Jackson would go back to the well to make his Hobbit trilogy, but I have to believe that the failure of The Lovely Bones played a part in his returning to the safety of Middle Earth. 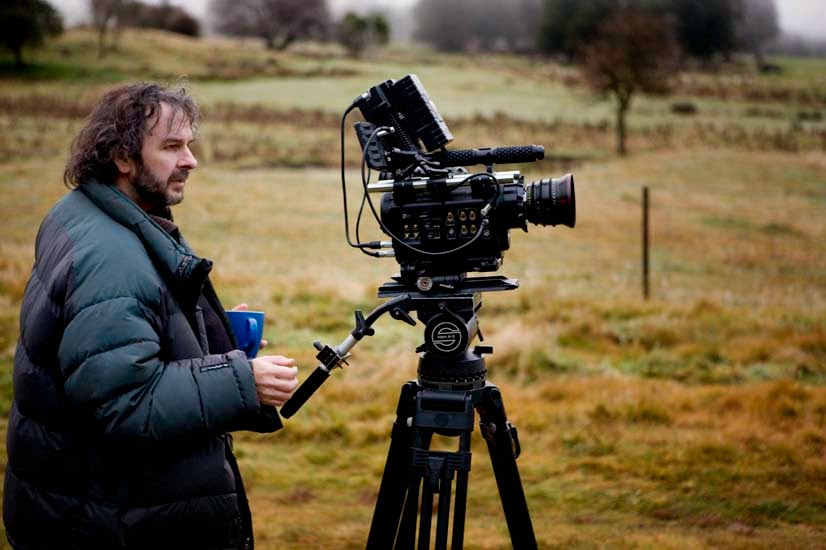