I don't like to brag, but this week's group of picks will knock your socks on your ass. 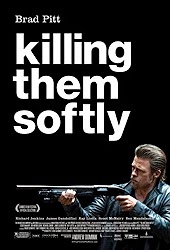 Adam Riske: Killing Them Softly (2012, dir. Andrew Dominik) Not subtle (at all) but extremely well-made and acted, Killing Me Softly didn't get the appreciation it deserved in its initial release. I particularly liked the movie's brashness and its willingness to double down on being a nasty movie about nasty people. Killing Them Softly also features one hell of a sequence involving the stick-up of a poker game. You'll never forget that scene once you see this movie. If you missed this one, you should check it out. 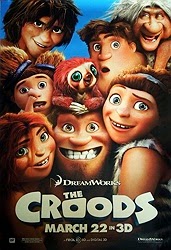 Adam Thas: The Croods (2013, Kirk DeMicco, Chris Sanders) The Croods has been on my list to watch for a while as I’m a HUGE Chris Sanders fan and the movie delivered in all the places I wanted it to, namely the art. This movie is absolutely beautiful to watch. The creature design alone is worth the 98 minute run time, with absolutely fantastical animals and settings. The characters are wonderful and not the usual cookie cutter characters you are used to seeing. The story could have been a bit better and, like most kids' movies, really lays on the cheese at times to the point it suffocates the movie. I’m disappointed I didn’t get a chance to see this movie in the theaters, but for now I can just be happy with my living room. 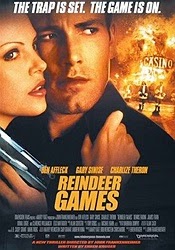 Doug: Reindeer Games (2000, dir. John Frankenheimer) "I read your letters, convict. Don't play no reindeer games with me." What better way is there to get into the Christmas spirit than by watching this holiday classic and listening to our commentary track? With, of course, a piece of pecan fucking pie. 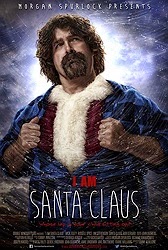 Heath Holland: I Am Santa Claus (2014, dir. Tommy Avallone) I Am Santa Claus takes viewers into the lonely and divisive world of professional Santa Clauses by following several men who spend their entire year in preparation of those few weeks in December when Jolly Old Saint Nick can be found in malls across the country. Highlighted (and produced) by WWE wrestler Mick Foley, it's a fascinating look into the mentalities and motivations of those who don the fuzzy red suit and invite strangers to sit in their lap. You can read my full review here. 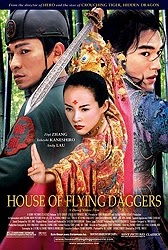 Mark Ahn: House of Flying Daggers (2004, dir. Zhang Yimou) Although riding on the wave of momentum from Crouching Tiger, Hidden Dragon and Zhang's Hero, it still offers something slightly different from its predecessors. Instead of exploring the intrigues of master-student relationships or the epic scope of an empire's destiny, House of Flying Daggers chooses to focus on a smaller story, a love triangle set amidst a road movie. Also, some people might think it's a little cheesy, but there is enough ridiculous flying knife choreography to make Legolas eat his pointy-eared heart out. 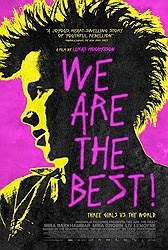 Patrick: We Are the Best! (2014, dir. Lukas Moodysson) Klara and Bobo, two young best friends in 1982 Stockholm, decide to start their own punk band and enlist a third girl, shy Christian guitarist Hedvig, to join them. Writer/director Lukas Moodysson adapts wife Coco Moodysson's graphic novel   Never Goodnight and tells a small, wonderful story of friendship, growing up and giving the middle finger to The Man. The movie works as a coming of age story and as a contained metaphor for the whole punk rock movement. I know Swedish director Moodysson is beloved, but I haven't seen many of his films. I hope to change that. This is going to be the douchiest thing I've ever said, but We Are the Best! is the  the closest I've seen to a modern equivalent of early Truffaut. I love it.
Posted by Patrick Bromley at 12:00 PM

Email ThisBlogThis!Share to TwitterShare to FacebookShare to Pinterest
Labels: house of flying daggers, killing them softly, netflix instant, netflix this movie, reindeer games, the croods, we are the best