Christmas comes a few days early with these streaming recommendations! 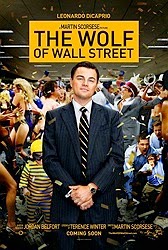 Adam Riske: The Wolf of Wall Street (2013, dir. Martin Scorsese) As we all are working on our top 10 lists for 2014, it seems appropriate to recommend the movie I named my favorite of 2013. I've seen The Wolf of Wall Street numerous times since then and it's a movie that I actually dread being over as I am watching it. It's that entertaining. 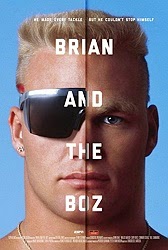 Adam Thas: ESPN 30 for 30: Brian and the Boz (2014, dir. Thaddeus Matula) I know that there has been some debate on if the ESPN 30 for 30 series is a TV show or a movie. I tend to lean toward the latter because the movies take themselves seriously and in many cases are done by legitimate filmmakers. I’m a big fan of the 30 for 30 series even though some of them are hit or miss. They can usually be divided into three types: A movie about a moment in sports, a movie about the fans of a sport, or a movie about the athletes or individual in sports. I’ve seen all types of them and I can say that the ones I’ve enjoyed the most were about the actual athletes and their careers. Brian and the Boz is no exception. I’m not a big college football fan, so I really wasn’t too aware of who Brian Bosworth was or his career. Really, the first time I paid attention to Bosworth was when Patrick showed me the movie Stone Cold. The movie shows Bosworth’s rise and fall and his contribution to the “modern” sports star that doesn’t just sell tickets, but sells him or herself as a character. The movie has some cheesy moments with Bosworth and his kid, but had some really genuine moments with Bosworth and, besides a movie about an athlete, becomes a movie about the things we regret in life. 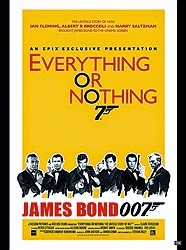 Heath Holland: Everything or Nothing (2012, dir. Stevan Riley) This is the time of year when we all seem to go nuts for James Bond movies (Bond's exploits are one of the most heavily-covered subjects here on the site), and I'm no exception. With the franchise back in the news and a new adventure being filmed as we speak, it's safe to say that there's no better time to dig back into the franchise. It therefore seems appropriate to once again discuss this excellent documentary that covers the entire 50-year history of the Bond series. Not to be confused with a 2004 video game of same name which starred the voice and likeness of Pierce Brosnan -- his last official work as Bond -- Everything or Nothing is a long way from a puff piece; There's a lot of substantial information here concerning both the highs and lows that our favorite 00 agent has seen in the last half-century as told by people who were there. The behind-the-scenes stories of Bond has been well covered over the years, but Everything or Nothing is the most immersive to date. I think it's nearly impossible to watch the documentary without following it up with one of the Bond movies that Netflix is currently streaming. Shocking.

Patrick: Mercenaries (2014, dir. Christopher Ray) Last week I recommended a Swedish art film that I compared to early Truffaut. This week I'm going in the total opposite direction, because I am a unique snowflake with wildly varying tastes. I wrote about this movie earlier this year in a #HeavyAction column. It's the first of the female Expendables rip-offs, put out quickly and cheaply by The Asylum. It's got an all-star cast of female action stars: Brigitte Nielsen, Vivica A. Fox, Kristanna Loken, Cynthia Rothrock and, of course, My Girlfriend Zoë Bell. Here's the thing: it's incredibly rough around the edges, so it's the kind of action movie that's made strictly for the most devoted fans of the genre. On that level, it's surprisingly good -- certainly better than this year's The Expendables 3. Despite the budget limitations, everyone takes the project seriously and director Christopher Ray (son of Fred Olen Ray) stages the best action he can. It's the kind of action movie where you have to see past the things that don't work and appreciate the stuff that does, because there's a lot there. When (if) Hollywood ever does make its big-budget female Expendables movie, I'll bet it's not half as good as this one.
Posted by Patrick Bromley at 12:00 PM