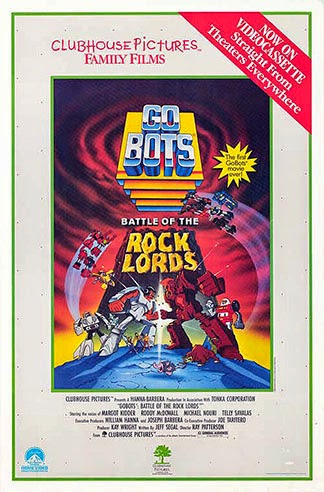 This week, it was revealed that Hasbro might be making a fucking live-action GoBots movie. "GREAT!" -nobody. Which means it's only a matter of time before other beloved(?) TV shows, toys and games from your childhood become major motion pictures. Here are my [sarcastic] suggestions. 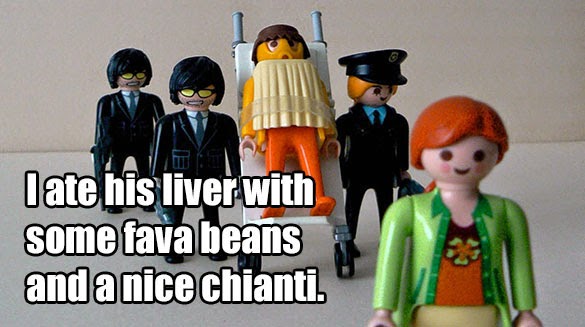 Don't laugh. This idea is CURRENTLY in the works. And with the recent success of The Lego Movie (2014), it's no wonder the German toymaker (Geobra Brandstätter GmbH) is looking to cash in. But, let's be honest, the awesomeness of The Lego Movie is a fluke -- a standalone anomaly in a sea of garbage movie adaptations. On paper, it's a terrible idea (just like the predictably awful Battleship), but it succeeds due to a smart script and dazzling direction by Phil Lord and Christopher Miller. MOST MOVIES DO NOT HAVE THIS. So, good luck, Playmobil! I can't wait to skip past you when you're playing on TBS (very funny) at 1 a.m.

Did anyone else watch this cartoon from the early '90s? No? Just me? Well, I'm a fan. I mean, who's flying? Oh my god bear is flying. How can that be? This half-hour animated series featured anthropomorphic animals from Disney's 1967 animated feature The Jungle Book ... FLYING AIRPLANES. In the 1930s? Why not? It's like an art-deco cartoon version of the NBC sitcom, Wings. Only with bears, instead of Tony Shalhoub. But you know who should play the main character Baloo von Bruinwald XIII? Tony Shalhoub! What's your holdup, Hollywood? 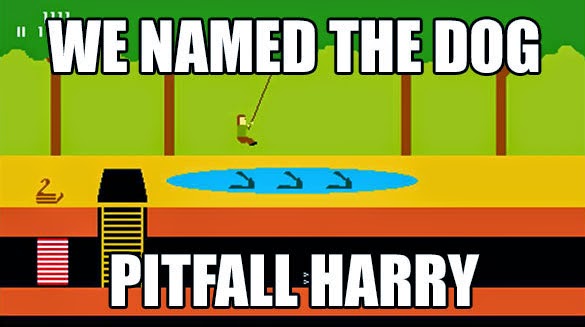 Sure, it's a blatant rip-off of Indiana Jones, but who even REMEMBERS those movies? I sure don't! Nope! I especially don't remember anything about "kingdoms" or "crystal" "skulls." This 1982 video game is the second best-selling Atari 2600 game of all time (after Pac-Man), with over four million copies sold. If I were a studio executive reading that sentence, the pupils of my eyeballs would surely turn into dollar signs. And, please, don't tell me you're not interested in a young Miles Teller as Pitfall Harry. 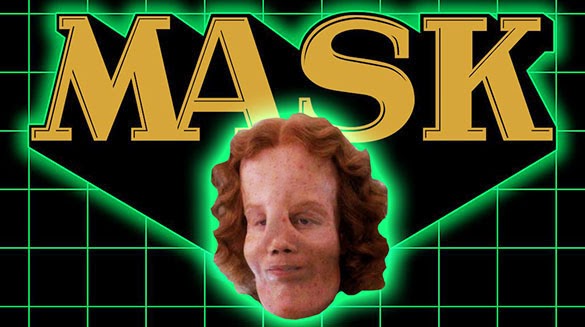 For the uninitiated, the initialism M.A.S.K. stands for Mobile Armored Strike Kommand (GERMAN MUCH?), a specialized task force that takes on a criminal organization called V.E.N.O.M. (Vicious Evil Network of Mayhem). It was a toy and a cartoon (and later a DC Comics series) from the '80s, and it would make for an AMAZING movie, right? What? No? Sure, the inevitable mix-ups with Mask (1985) are bound to happen. But whereas the Peter Bogdanovich film features Rocky Dennis (Eric Stoltz) as a teenager with a huge skull deformity, the Kenner media franchise features "Matt Trakker" and his commando brothers-in-arms with high-tech masks and shapeshifting vehicles (i.e., the perfect toys). But why create unnecessary confusion? I say, cast Eric Stoltz in a new M.A.S.K. movie AS Rocky Dennis. It's what we in the film biz call a win-win.

5. Heathcliff and The Catillac Cats

Some say it's a low-rent version of Garfield. I say it's a multimillion dollar film franchise just WAITING to explode. And Heathcliff was created (as a comic strip) five years before Jim Davis published Garfield, so IN YOUR FACE, LASAGNA. Truth be told, both cartoon cats are horrible -- just unfunny, meandering, pedestrian pap. But Heathcliff has a little street cred. Meaning, he's an alley cat, and he literally lives on the street. A cartoon film, Heathcliff: The Movie, was released in 1986, but it's terrible and ultimately forgotten. I say, if GoBots can be optioned after the success of Transformers, why not Heathcliff? Are you listening, Bill Murray? #whynotheathcliff

We all loved his cameo in Wreck-It Ralph (2012). Isn't it about time he branched out on his own? 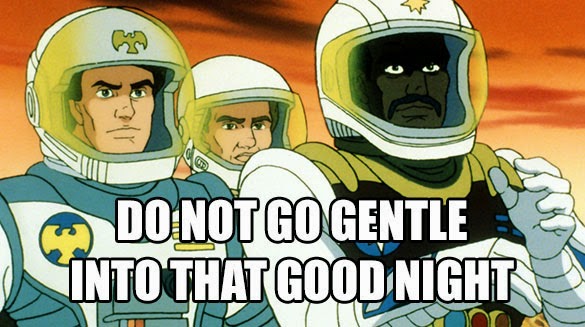 Another obscure toy (and later, an animated series) from my childhood, with a gimmick. The figurines had magnets in their feet that controlled motorized platforms and vehicles. It was actually pretty neat, but it never caught on in America ("How Can Magnets Be Real If Our Eyes Aren't Real" -Jaden Smith). And that's a shame, because one of the original goals of the subsequent cartoon was to boost youth interest in NASA and the space program. The show featured an American astronaut brigade (made up of Starbase Command, Airwing and the Astro Marines) fighting off the invading SHADOW FORCE, a nasty group of evil space robots led by EMPEROR DARK. Fucking "Emperor Dark" was the villain's name. Gosh, I miss the '80s. Anyway, space is popular again, and if the fantastical story of Interstellar didn't turn off audiences, why should astronauts with magnets in their feet?

No, not that Cops. This one's another initialism that stands for Central Organization of Police Specialists. Or, you know, cops. Except it's the future, the cops are cybernetically enhanced and they're fighting a mob leader called "Big Boss" (again with these INCREDIBLY INVENTIVE NAMES). It was a weird cartoon, and it would make for an even weirder live-action movie. SO DO IT ALREADY, HOLLYWOOD! 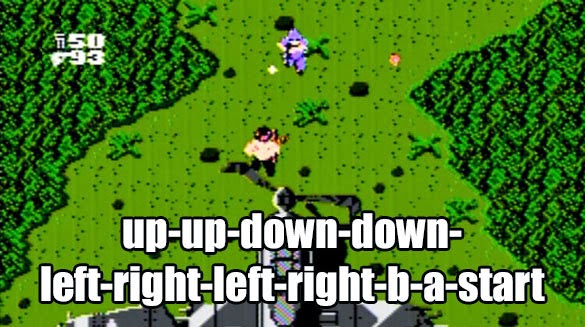 I'm guessing no one knows this video game. Except for me and my sister, Ali. We played it ALL THE TIME on the Nintendo. We discovered a cheat code (similar to Contra) that gave us unlimited lives. One industrious afternoon, we sat down for HOURS, and labored our way through stage after stage until we finally reached the last level. But then, in a classic case of EASY COME, EASY GO, our cheat code stopped working. There we were, facing the final onslaught of enemies, unable to regenerate, feeling "cheated" by our unearned advancement through the game. We fucking died out there on that battlefield. And the game was over. I don't think either one of us ever played it again. So, yeah. Movie?

We've all seen dolls that can KILL, but what about a doll that just wants to pal around? Like, you like Big Wheels, I like Big Wheels, let's make an afternoon out of it? I'm fuzzy on penitential plot points (something-something preventing the murder of the prime minster of a doll company?), but My Buddy could totally tag along to teach the hero a life lesson about caring or hygiene or something. And if a boy doll's not your speed, might I suggest ... Kid Sister? 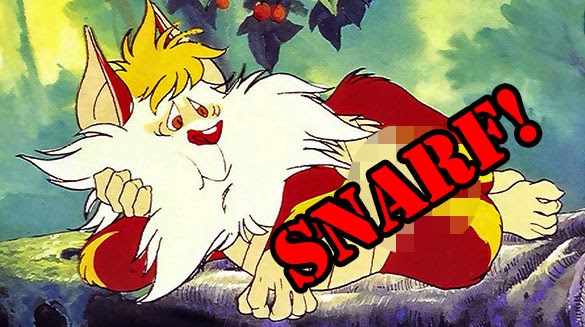 This one was ALMOST a movie. But it stalled out (you can look at concept art and test footage here), which was definitely the right choice, because YEESH. Still, doesn't a small part of you want to see a steamy, PG-13 mating scene between Lion-O and Cheetara? WHERE MY FURRIES AT? 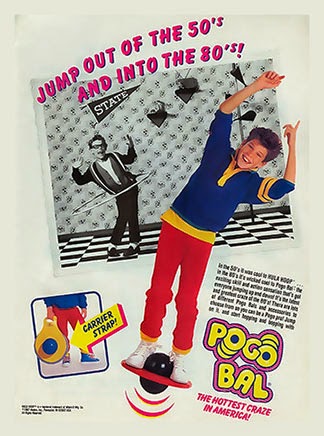