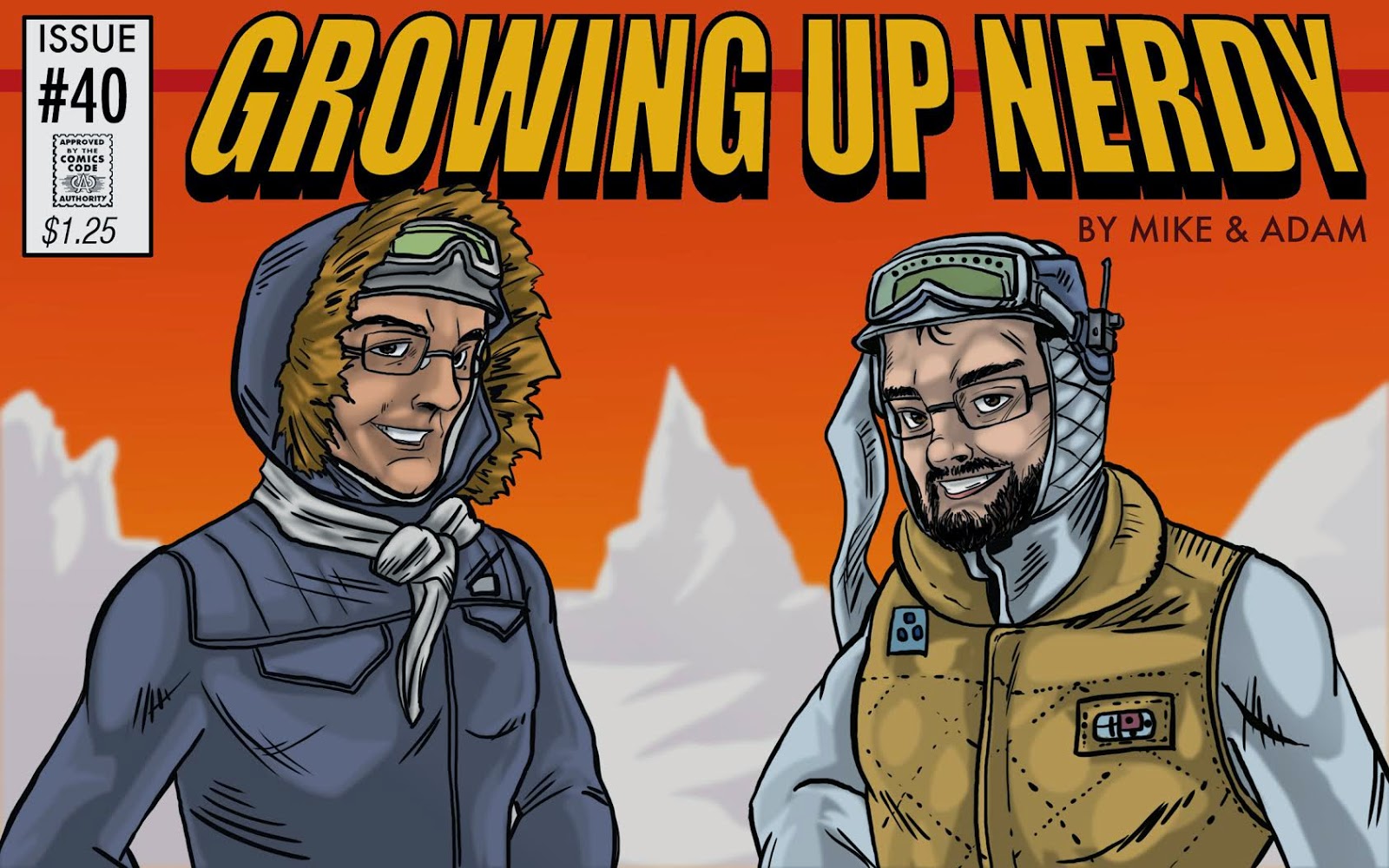 What's cooler than being cool? Being nerdy.

Dear Growing Up Nerdy,
I hear that you all are getting a good taste of the arctic in Chicago right now. My question is this: out of anyone (real or fictional), who would you like to help you get through being stuck in the frosty, icy wilderness?

Adam: With such a wide open question, I think I’ll need to set some boundaries for myself. Otherwise, if I’m stuck out in the wilderness and could bring any fictional or real person with me, I’d bring Superman. The guy can pick me up and drop me off anywhere in the world rather quickly. So in order for this to be remotely interesting, I think that I’ll have to come up with some people who would help me survive but not make this too damn easy for me. Also, I think that instead of getting a team together, I’m going to look at just one person -- the best damn person to help me through the wilderness.

Here is my pool of people to choose from.
Regina Belmont (Night of the Comet)
Snow Job (GI Joe)
Ottway (The Grey)
Brian (A Cry in the Wild AKA Hatchet)
Han Solo (Hoth gear)
Bear Grylls (Man vs. Wild)
Alice (Resident Evil)
Indiana Jones (Indiana Jones and the Kingdom of the Crystal Skull)
Eben Oleson (30 Days of Night)

Okay, so let’s narrow this down with who I think is the weakest candidate: Brian from Hatchet. While I can appreciate a kid’s ability to survive in the wilderness by himself, the fact remains that he’s still a 13-year old boy. While I’m convinced that he very well may get me through the wilderness and survive, I’d forever be known as the guy who got lost in the wilderness with a young boy...a moniker that I really could do without. So sorry, Brian, you’re gone.

Then of course you’ve got the amazing Indiana Jones. The thing with Indiana is that he always seems to make it through any situation with some quick thinking and a little bit of luck. I’m going to have to eliminate him, though, mostly because I have never seen him in the “cold” and I’m not sure that his quick thinking is going to be able to help him though that. The same goes for Alice from the Resident Evil movies—all 700 of them. She’s incredibly attractive, a complete badass, and has managed to stay alive through the apocalypse...but we’re not talking about the apocalypse, we’re talking about those cold winter nights, so She Gone! 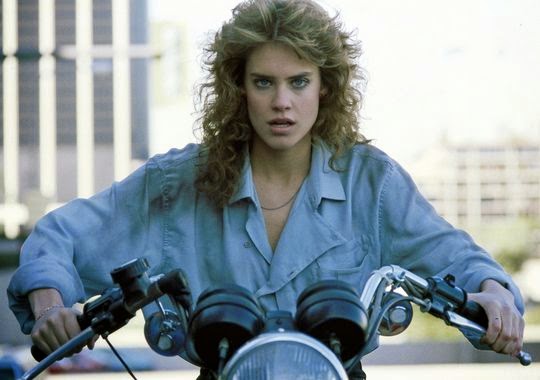 Regina...oh, the lovely, lovely Regina Belmont. If I’m stuck out in the wilderness with no hope in sight, I’ll at least be able to spend my last hours looking at you. She’s badass and managed to survive in a world inhabited by deformed mutants and really knows her way around a MAC-10. Problem is she managed to do all of this from the comfort of sunny California and not in the wilderness of Alaska. While the prospect of it just being her and I alone would probably be the only chance I’d have to score, we’re talking about survival here. So, regrettably, goodbye my love.

Bear Grylls would be a good option, but he kind of annoys me. Sorry Bear, but I think I’d wind up throwing myself off of a cliff after the first few minutes.

Next one to probably get the axe would have to be Han Solo. Yes, I know, he survived a night on Hoth and still managed to save his best friend, but he had some really fancy gear and a Tauntaun that helped him out by…dying. So you’ve made it pretty far on the list, Han, but I’m sorry, there are some better choices.

We are down to the final three here, folks, and it is a close race between Eben Oleson, Ottway and Snow Job.

Before we move on, let’s just be clear: I think any of these guys could get me to safety, but we’re talking about the best here, the very best guy to get you out of the arctic wilderness and back to civilization. Eben is out. He’s grown up and lived and fought vampires in the arctic for days with almost no help. While it’s commendable, he did it all in a single town, so Eben is out.

Snow Job is the guy that the America’s Top Trained Special Mission Force goes to when the going gets rough in the cold, but Ottway broke a bunch of bottles and went toe to toe with a pack of Wolves. Yes, we can make an argument about the ending of The Grey, but does anyone out there think that there is a better man for the job of getting you out alive than Ottway? The guy is the ultimate cold weather badass, and when the going gets rough, he’ll swear at me and tell me to keep going. So there it is, the best fictional character to help you survive the cold wilderness would be none other than Ottway! 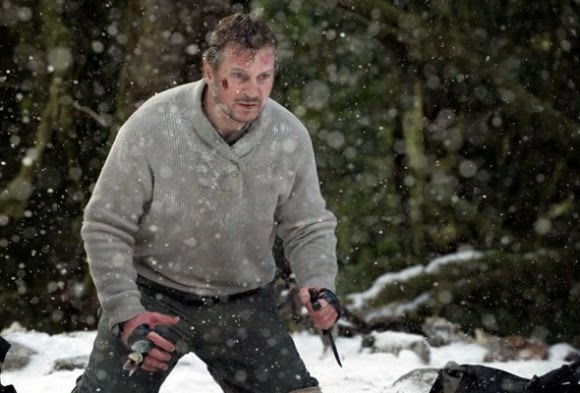 Mike: This is a great question. Allow me start a fire, throw on a hat and put some pants on before I answer it.

R.J. MacReady (The Thing)
The first one is easy: Kurt Russell’s R.J. MacReady from the John Carpenter masterpiece The Thing. Here’s a guy that when faced with an alien threat in the heart of Antarctica, threw on a hood and took a flamethrower to that motherfucker. I’ll need a badass with me should things get dicey, and MacReady is as badass as they come. Sure, at the end of the movie he may or may not have been The Thing, but wouldn’t that be worth it just to hang out with Kurt Russell for a bit?

Rubeus Hagrid (Harry Potter)
In times like these I need to be a little selfish, so it’s because of that will to survive that I recruit Hagrid, loyal friend to Harry Potter and his buddies. See, Hagrid is a nice guy and always willing to lend a hand. Also, he’s fucking huge and probably great at blocking wind. This is key when we’re out in the wild searching for shelter. I would very strategically walk beside Hagrid, making sure that he is taking the brunt of the freezing wind and snow. Point Gryffindor! 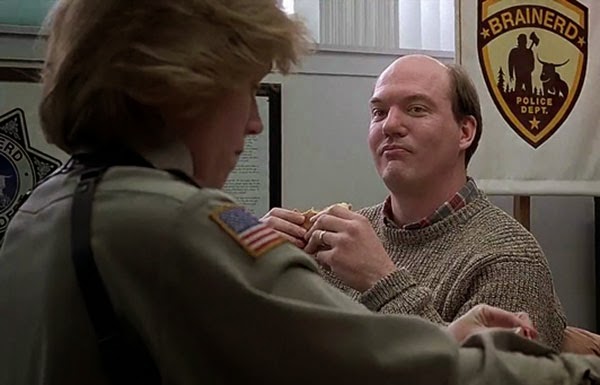 Norm Gunderson (Fargo)
We’re going to need to eat, and I’m not convinced R.J. MacReady is the man for the job. I’d therefore bring along Norm Gunderson, supportive husband to the great Marge Gunderson in Fargo. Tired and comfy in bed, Norm didn’t hesitate to get out of bed and make his wife breakfast while she got ready for work after being called in to investigate a murder. I feel Norm would be more than willing to keep our bellies full and never complain in the process.

Melisandre (Game of Thrones)
It would be extremely helpful to have someone around that is not bothered by the weather whatsoever. Melisandre, the red priestess from Game of Thrones fits that description. While Melisandre is not one to take orders from anyone, besides her god R’hller of course, I would need to convince her (with the help of R’hller) that she should be in service to me, than we could send her out to find wood or food or help. Also, she can give birth to a black smoke monster-thingy if we need to destroy any enemies while we wait for help.

Tim Gunn (Project Runway)
I know I answered Tim Gunn when we were picking who we would want with us in a zombie apocalypse, but let’s face it: I never not want Tim Gunn around. Not only could he help us dress appropriately for the frigid conditions, he’d do so with a smile, all the while reminding us that this is our "make it work moment." Just writing that makes me want to be a better person. 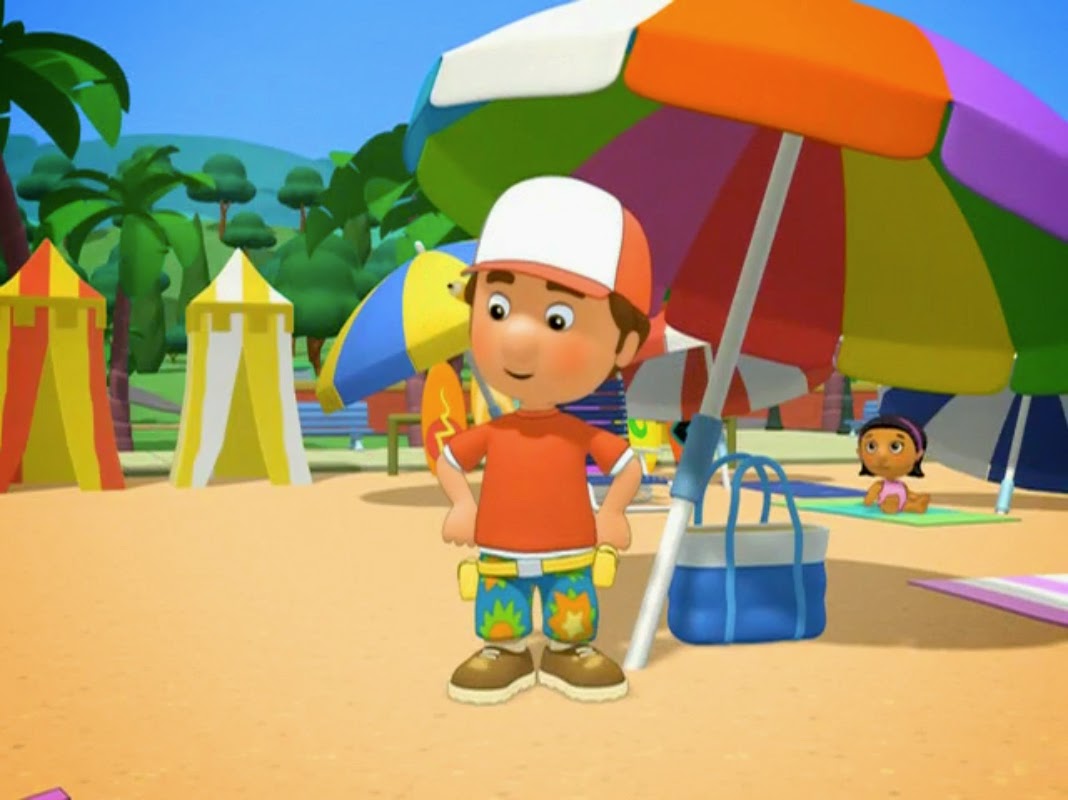 Handy Manny (Handy Manny)
Thanks to my little daughters, I’ve been subjected to watching Handy Manny on Disney Jr. While his talking tools would get real annoying real quick, that little fucker can build and fix anything. Plus, he’s always teaching people to speak Spanish, which is great because the French I took in high school has gotten me nowhere. So if things get really bad in this weather, and we may need to build shelter, Handy Manny is our hombre.

Groot (Guardians of the Galaxy)
Just in case we run out of firewood.

Christy (My Wife)
Just in case my wife actually reads this.

Adam: Okay, Mike. I’ve met your wife and I love her, but she was cold in San Diego.
Posted by Patrick Bromley at 5:00 AM

Email ThisBlogThis!Share to TwitterShare to FacebookShare to Pinterest
Labels: fargo, growing up nerdy, guardians of the galaxy, night of the comet, snow movies, the grey