You have so many entertainment options these days. Let us pick the right ones for you. 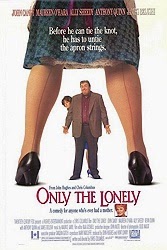 Adam Riske: Only the Lonely (1991, dir. Chris Columbus) Planes, Trains & Automobiles gets the bulk of the attention when it comes to great John Candy movies but one I feel is overlooked is the charming Only the Lonely. This was Chris Columbus' follow-up to Home Alone and it's a cute, low-key romantic comedy with a fine script and interesting characters. It's one of my favorite Chicago-based (and shot) movies, with some wonderful location work including a picnic date between Candy and Ally Sheedy at Comiskey Park (the former home of my beloved Chicago White Sox). Also starring Maureen O'Hara, who is very funny as Candy's over-protective mother. If you missed this one, I highly recommend it. 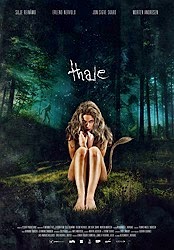 Adam Thas: Thale (2012, Aleksander Nordass) I really liked this movie. A Norwegian movie, it follows two men who basically clean up houses after dead bodies are found—not a fun job. Anyway they make a very interesting discovery in a secret basement of a recently deceased man that unravels an entire story in front of them that involves some pretty cool twists that I didn’t see coming. I think what I enjoyed most about Thale is that it allows for some mystery and doesn’t feel the need to explain everything. In a modern day Hollywood that feels the need to explain things like Leatherface’s skin condition, it’s nice to have a quiet, well paced movie that let’s your imagination fill in some of the blanks. The movie is sweet and charming at times while still having enough suspense and fantastical thinking that sci-fi fans can enjoy. 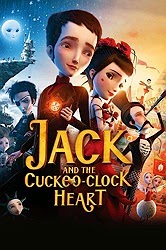 Erich: Jack and the Cuckoo-Clock Heart (2013; dir. Stephane Berla and Mathias Malzieu) I know, I know. Netflix is full of mediocre CG animated family movies. This Euro-musical fairy tale isn't one of them. Jack and the Cuckoo-Clock Heart has an unusual pedigree. It was co-directed by rock musician Mathias Malzieu, based on his kids book and accompanying concept album, made in French then translated into English—and it's every bit as weird as that sounds. Our hero, Jack is born with a frozen heart on the coldest night in history. To save his life, the inventor midwife who adopts him replaces his bum ticker with a cuckoo clock, and three life-or-death rules: never touch the hands of the clock, don't get angry, and never fall in love. (Guess how many of those he breaks.) The movie has odd characters (including modern movie cameo go-to Georges Melies) and a free-form narrative that half works, but the real reason to check out Jack and the Cuckoo-Clock Heart is the music. The songs range in style from rock to ballad to rap, and are uniformly great in a very non-kids movie way. The film works better in pieces than the whole, but let's face it. That's more than enough for a Netflix recommendation. 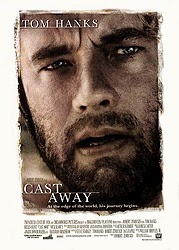 Heath Holland: Cast Away (2000, dir. Robert Zemeckis) I watched Cast Away recently for the first time in years and was even more impressed with it than I was when it first came out in theaters. Tom Hanks delivers a truly astonishing performance, complete with a drastic physical transformation, and Robert Zemeckis does something that I don't associate with his directing style, which is to allow the film tons of space to breathe. And how could I fail to mention the uncharacteristic, heartfelt performance from a volleyball named Wilson, who does amazing work using just his face? I've always thought Cast Away was good, but it's somehow gotten even better in the last 15 years. 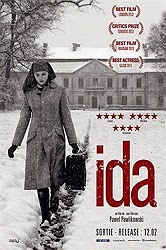 JB: Polish Ida (2013, Pawel Pawlikowski) I have spoken at length about my admiration and respect for this film over the course of many podcasts. It was one of my favorite films of last year. Ida is beautiful to look at with rich, tactile, black and white cinematography that renders many of its images iconic. The acting is superb, and the central conflict is framed and shaped in a way that is novel and thought provoking. I saw Ida many months ago, and I still cannot get it out of my head. Now, it is your turn -- watch Ida this weekend. 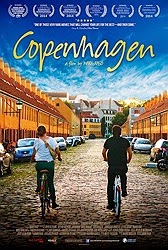 Patrick: Copenhagen (2014, dir. Mark Raso) Do me a huge favor. If you're going to watch this independent romance/drama this weekend, do NOT read the Netflix summary. While it won't ruin the movie, the stupid little writeup very casually spoils a significant plot development. The movie has its flaws, but recalls a kind of darker Before Sunset as a dickish American tourist (Gethin Anthony from Game of Thrones) and a Danish girl (Frederikke Dahl Hansen, who is lovely and steals the shit out of this movie) spend a few days touring Copenhagen trying to find information about the man's long lost family. The locations are great, the story turns interesting, the movie charming. See it just Dahl Hansen if nothing else.
Posted by Patrick Bromley at 12:55 PM

Email ThisBlogThis!Share to TwitterShare to FacebookShare to Pinterest
Labels: cast away, copenhagen, ida, jack and the cuckoo-clock heart, netflix instant, netflix this movie, only the lonely, thale