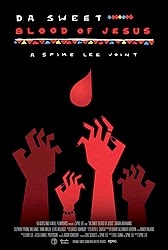 Bookmark this one for Junesploitation 2015.

Da Sweet Blood of Jesus, Spike Lee’s latest (and sure to be polarizing) joint, is a modern day reinterpretation of Ganja and Hess, a 1973 indie (unseen by me) that used the vampire lifestyle as a metaphor for black assimilation and white cultural imperialism. The new movie tells the story of Dr. Hess Green (Stephen Tyrone Williams), who is introduced to a mysterious, cursed artifact that gives him an insatiable thirst for blood. Soon Hess meets Ganja (Zaraah Abrahams), the former wife of a colleague, and the two become romantically involved with Ganja possibly fated to go down the same path as Hess.

Da Sweet Blood of Jesus is Lee’s first feature to be funded through Kickstarter. From comments the director has made recently, it might not be his last to be financed this way. The movie was filmed over just 16 days with a small $1.4 million budget. When I first heard about Da Sweet Blood of Jesus, I was dubious -- mainly due to the God-awful Zach Braff Kickstarter feature, Wish I Was Here. I shouldn’t have worried, as Lee’s movie is much better and well worth checking out. Using Da Sweet Blood of Jesus as evidence, I am now more confident that Kickstarter can be a positive force in independent cinema. 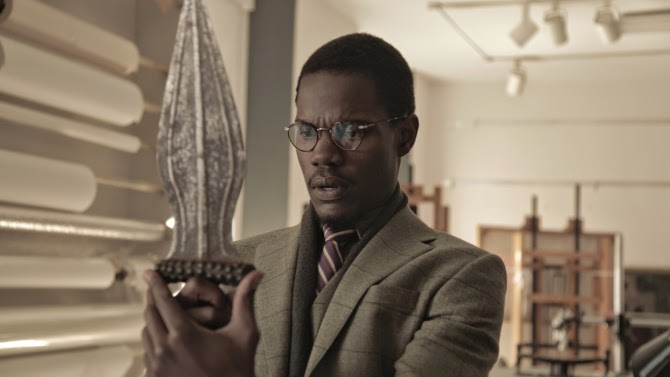 While not a home run like the director’s Do the Right Thing, Malcolm X or 25th Hour, this new movie is very much its own thing and quite an experience in its own right. It’s Lee’s first foray into the Blaxploitation and vampire genres and it sort of reminded me of a livelier companion piece to Jim Jarmusch’s Only Lovers Left Alive. It’s risky, experimental and very much an art film; a weird mosaic of horror, comedy and drama that takes some getting used to. When I did get on its wavelength, I liked the movie quite a bit despite some complaints. It’s the type of movie where just when it’s losing you, it rolls out an amazing scene that reinvigorates your admiration for the material. At certain points during Da Sweet Blood of Jesus, I found myself in awe of the filmmaker’s imagination and bravado, often asking myself “where does he get this shit from?”

Da Sweet Blood of Jesus is the most confident and playful movie Spike Lee has made in a long time, complete with an awesome opening credits sequence that has nothing to do with the rest of the movie but is visually dazzling in its own right. I also want to praise the score and soundtrack, as this movie almost feels more like listening to an album than watching a movie with a direct narrative. Lee has re-teamed with Bruce Hornsby for the score and it’s elegant and beautiful. The soundtrack (which I have since downloaded off Amazon) is out of this world, just great R&B and Hip-Hop. It’s actually better than the movie. 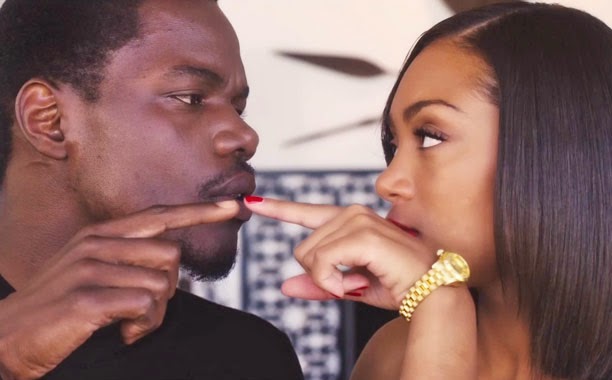 I do have a few complaints about Da Sweet Blood of Jesus, but it’s not enough to stop me from recommending it. The performances are just average, with lead characters that don’t have much of a character arc. I also think the screenplay and flow of the movie is a bit patchy and uneven. It’s a messy experience but a case could be made that it is purposely messy. And, yet, the movie’s imperfections really only occurred to me after the movie was over. While I was watching it, I was caught up and enjoying the experience. I also am a bit confused as to what it’s trying to say in terms of its themes. As far as I can grasp, it has something to do satirizing the upper class and their potential amorality, but there are also scenes (including a WTF ending) where I felt at a distance and desperately wanting someone to explain to me what is going on. Then again, it might be more of a style movie than anything else. The enigmatic resolution is going to lead me to revisit Da Sweet Blood of Jesus to see if I can unravel its mysteries, which is always a good thing.

I’m really enjoying this experimental phase of Spike Lee’s career and I hope Kickstarter fosters that creativity. It’s a helluva lot better than seeing compromised studio output from him like his Oldboy remake. Being a Spike Lee fan has somewhat gone out of fashion, but I feel like we still should look forward to his work. He makes movies that are often challenging, off-center and hard to categorize. In a film culture that is more and more homogenized and flavorless, someone daring to be eccentric should be celebrated more than maligned (which I feel Spike Lee mostly is these days). His best work might be behind him, but he still has interesting art to contribute to film conversation. 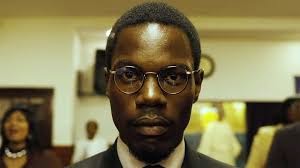 Da Sweet Blood of Jesus is weird, entertaining and audacious. I had no idea where it was going most of the time and that’s an exciting feeling for someone like me who watches a lot of movies. It’s puzzling, original, funny, trashy, sexy, intriguing, edgy and over-the-top. Some people are going to really like it and others are going to hate it. I’m obviously in the former category. It’s not perfect, but definitely an arresting curiosity.

Da Sweet Blood of Jesus is currently available on Vimeo On-Demand as well as through on-demand platforms of select cable providers (including Comcast, which is how I saw it). There will also be a limited theatrical release for the movie in February.