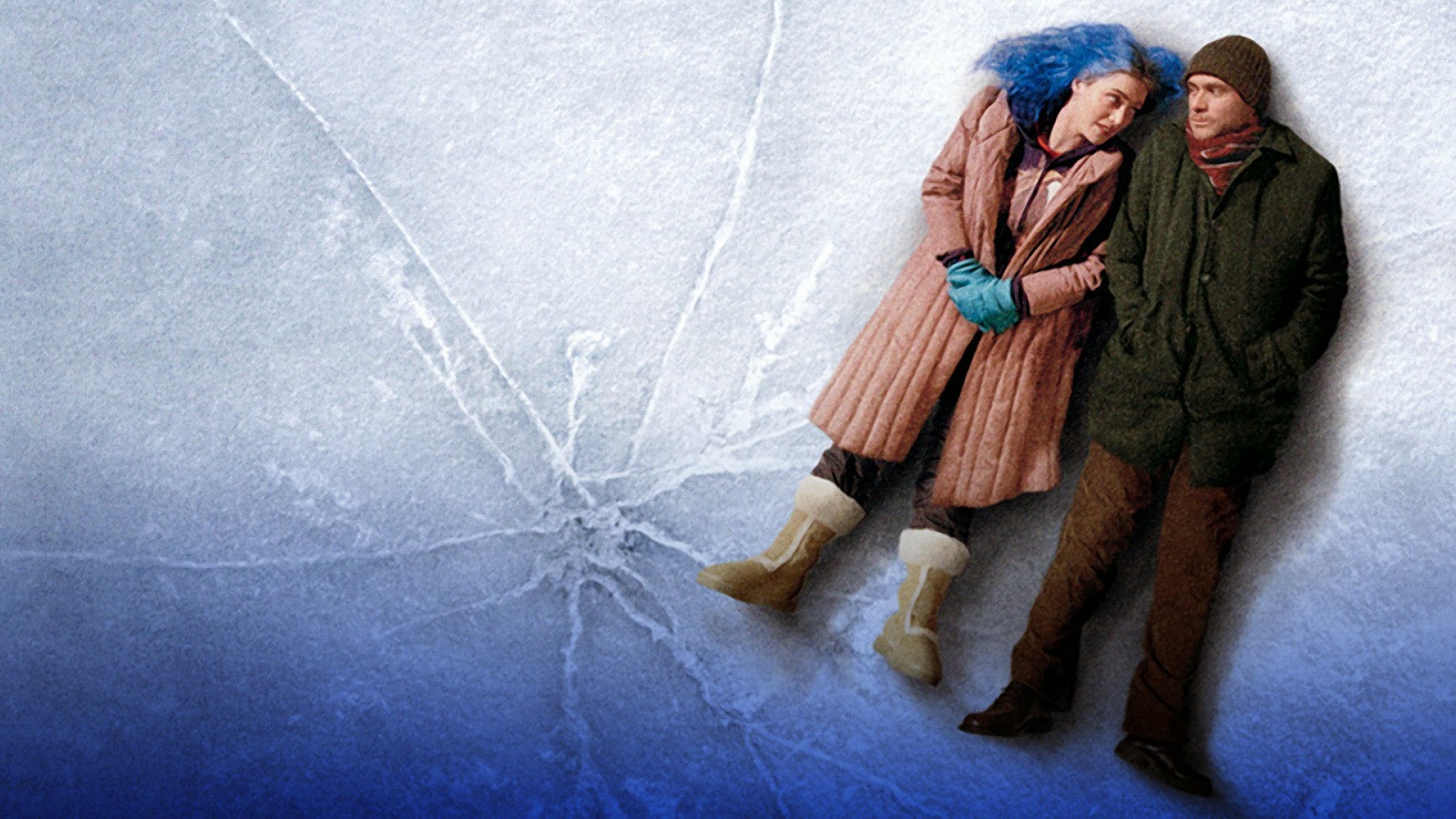 'Tis the season, it would appear. My inbox is full of “Show your true love how you love with this expensive such and such,” Netflix is recommending nothing but mooshy-gooshy love crap and my mouth is full of cinnamon hearts. Yaaay, it's Valentine's Day?! Of which I am not generally a fan, due to my not requiring a specific date to dictate the need to show love. I fear I am coming off as more of a bitter old maid than the newlywed that I am, so let me explain.

I do, in fact, quite enjoy a good love story. However I believe I have become quite jaded on the genre over the years, as I feel the quantity of romantic comedies has increased and the quality and originality has gone down. I also have issues with the repetitive stupidity of the problem that the love struck characters always seem to find themselves in. Even though we know that they will almost always inevitably wind up happy and together, the period leading up to the happy togetherness seems to leave me anxious and uncomfortable. WEIRD, I know, considering my absolute love of horror, thriller and suspense. Yet, I always find myself on edge and anxious as I sit through the love spat, or the unknowing mistress, the miscommunication, or the circumstances that lead to separation, and I find myself wanting to avoid these movie moments altogether. (COMPLETELY OFF TOPIC SIDE NOTE: Speaking of anxious and uncomfortable, we watched Wetlands the other day based on Patrick's recommendation... I'm still not sure if I liked the movie, or just found what it set out to do intriguing. So... thanks Patrick? Haha!)

I have several favourites that I watch, not specifically during this time of year, but whenever it seems right. Let's kick this off with a complete contradiction to my aforementioned statement, but I love most everything about this film, despite the anxiety it elicits in me: Eternal Sunshine of the Spotless Mind. Let this film be my exception as it is a perfect tie-in to this article in that it even begins with a short rant about Valentine's Day. Jim Carrey plays Joel, a heart-broken man who decides to erase the love of his life, Clementine (Kate Winslet), from his memory. Director Michel Gondry's techniques in chopping and overlapping memories and scenes plays with our minds as we trace back through their love story via glimpses into Joel's evaporating memories. During the process of erasing her from his mind, Joel discovers just how deep their love for one another truly was. I am not the biggest fan of Jim Carrey, but if I had to choose a favourite performance of his, this would be it. Not to mention Kate Winslet being her usual fantastic self. 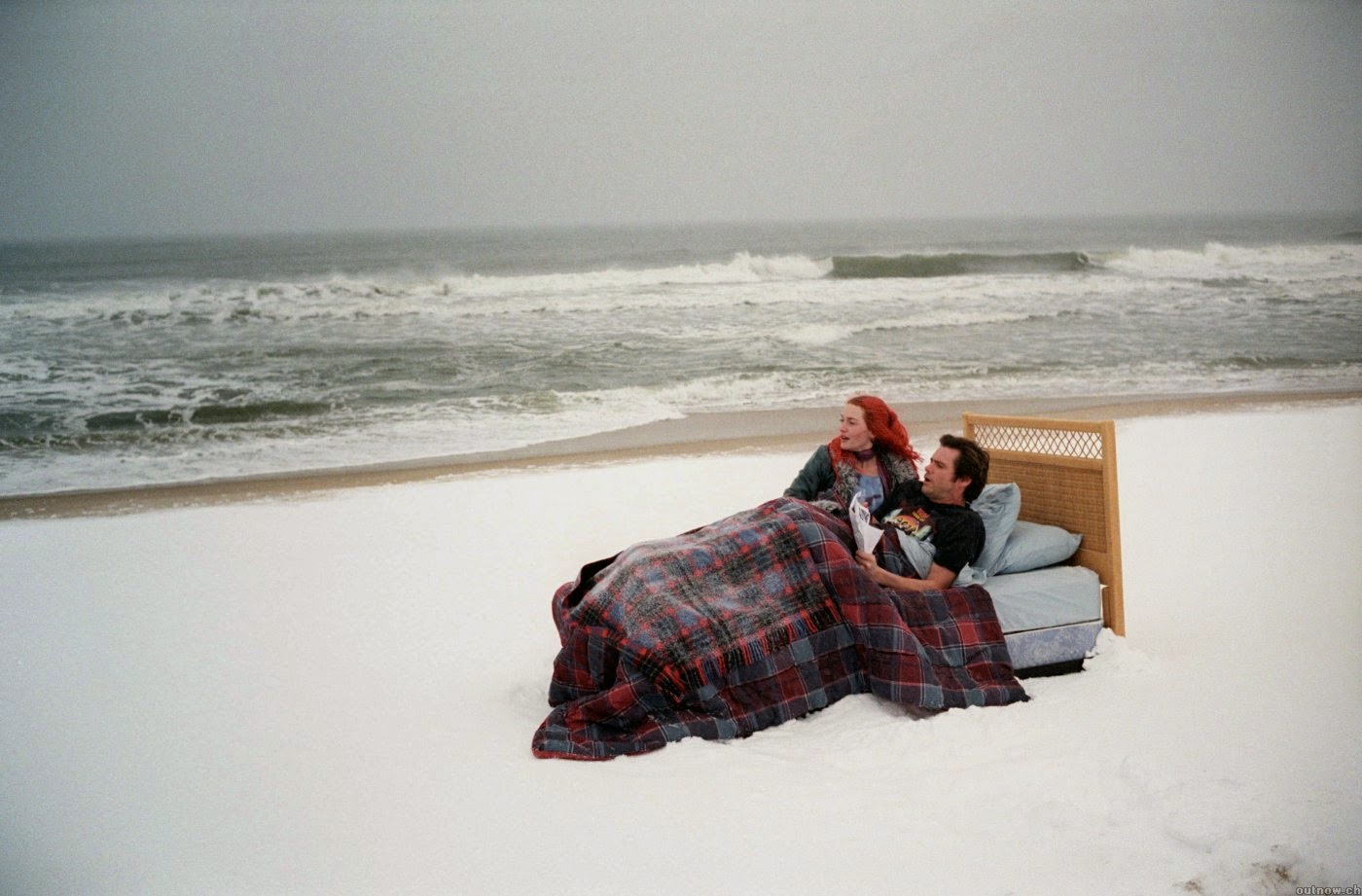 A few years ago, my brother recommended Stardust to me and I immediately fell in love with the story, its characters and beautiful tone. In secluded England, a small village is bordering a magical land where the inhabitants include princes vying for the king's throne, immortality-seeking witches, the dread-pirate Shakespeare and a tale of love so beautiful that even I am swept up in it time and time again. Starring Claire Danes as Yvaine the Falling Star, Charlie Cox as Tristan, the hero who sets out to retrieve her, and featuring fantastic performances by Michelle Pfeiffer and Robert De Niro, this epic tale of love flies by and before you know it, our narrator Ian McKellen is wrapping things up. I tend to not be able to re-watch movies all too frequently, but with it being just two hours in my past, I already feel the need to revisit it. 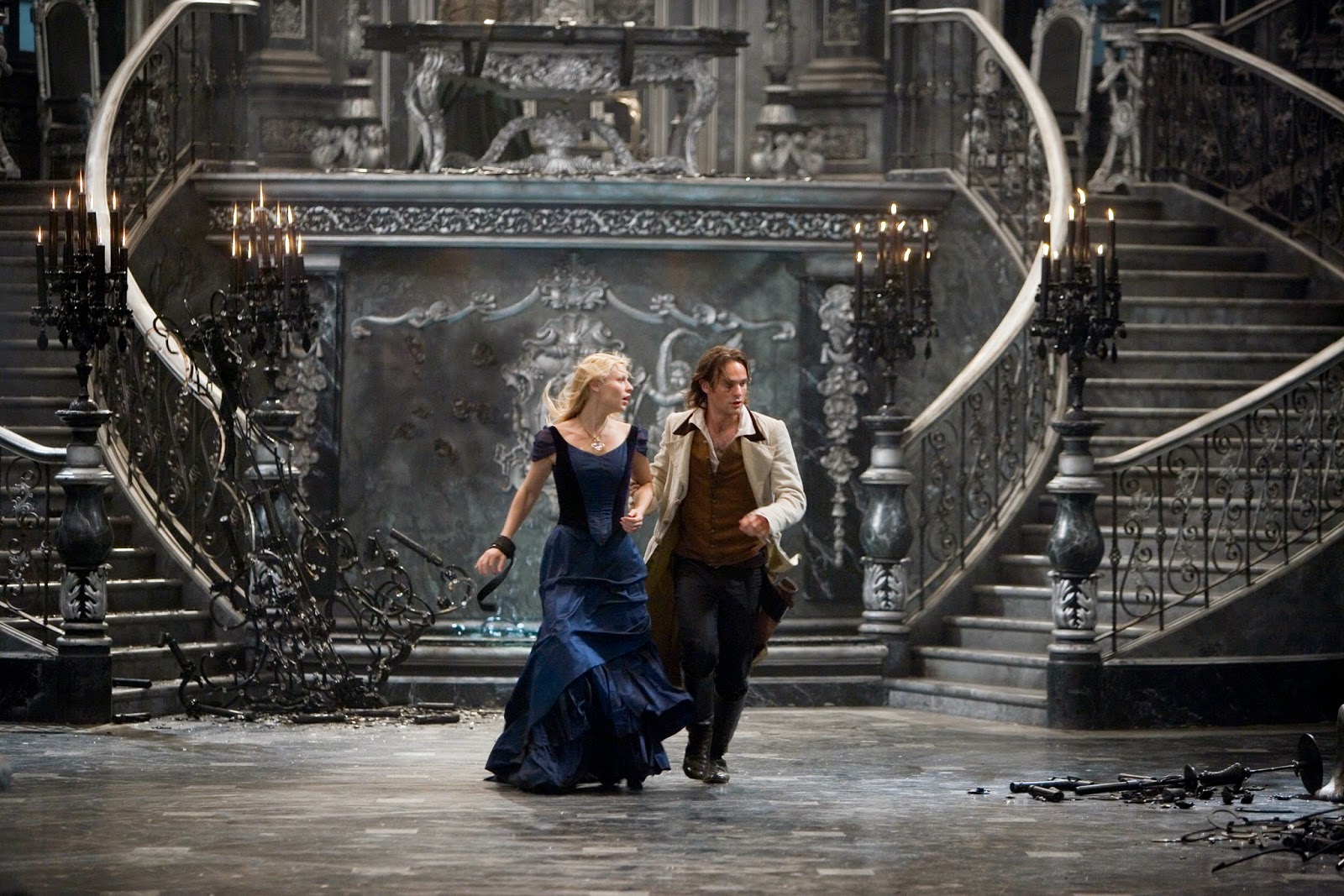 I was living in Australia when it was announced that Heath Ledger had passed away, and my first thought was that we would never get more of his incredible talent. 10 Things I Hate About You was my introduction to him, and aside from his portrayal as the Joker in The Dark Knight, my favourite of his films. It's a modern adaptation of Shakespeare's The Taming of the Shrew, and to condense a longish plot, bad-boy Patrick, (Ledger) is hired to take man-hater Kat (Julie Stiles) on a date so that pretty boy Joey, (Andrew Keegan) as well as visible-to-no-girl Cameron, (Joseph Gordon-Levitt) can make a move on Kat's younger sister Bianca (Larisa Oleynik). Bam. Throw in a buttload of awesome '90s music that gets me moving and singing along every time, and this easily counts as one of my fave rom-coms from over the years. 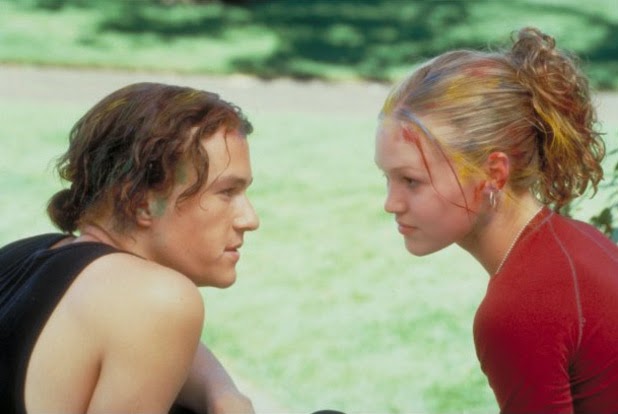 Next up, more Shakespeare. And more Australians. Geez, everything I watched for this piece seems to be tied together somehow. Also it's another from what seems to be my favourite decade, the '90s. Baz Luhrmann's '96 version of Shakespeare's Romeo + Juliet, is colourful, beautiful, and maintains the original poetic innocence of a masterpiece written centuries ago. It has been a favourite of mine for almost twenty years and although I am well aware of it's flaws, I see past everything and fall in love with the doomed lovers every time I revisit it.

True Fact: In 1997, James Cameron's Titanic changed my life. (Also note the Leo tie-in from the previous film. What the crap, eh?) I decided that I deserved to be loved the way they do in the movies and the crappy relationship I was stuck in was far more destructive than loving. So after my seventh Titanic viewing in theatres (I'm sure there must be a support group for this), I finally put an end to that relationship nonsense and moved on with my life. And eighteen years later, I can attest that my real life love is far better than any crap they write for the movies. Or plays.

Take that, Shakespeare.
Posted by Patrick Bromley at 12:00 PM