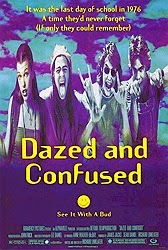 The real Best Director of last year was robbed of his well-deserved Oscar last night. Boooooo.

In their ongoing quest for total irrelevance, the Academy of Motion Picture Arts and Sciences failed to recognize the achievements of writer/director Richard Linklater at the 87th annual Academy Awards. That would be a crime if they weren't almost always wrong about every single thing. Let's not let it get us down.

Instead, let's look back at the absolutely amazing body of work Linklater has amassed over the last 25 years -- a filmography that includes big studio comedies and small experimental films, the least unlikely trilogy of all time and an epic of the everyday. He is one of the great modern filmmakers and a guy who has guided his career completely on his own terms, making the movies he wants to make. One group's arbitrary failure to recognize his incredible talent is meaningless. He will continue to be one of the all-time great filmmakers even without a little statue, and it's because of movies like the ones on this list. 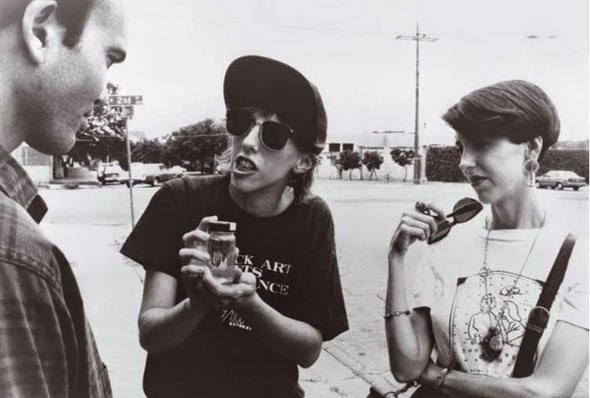 1. Slacker (1991) - Though audiences didn't quite know it at the time, Richard Linklater set off an atomic bomb with his debut feature Slacker. Alongside Steven Soderbergh's Sex, Lies & Videotape, this is the movie that ostensibly defined the indie boom of the 1990s and inspired an entire generation of filmmakers (including Kevin Smith, who has always pointed to Slacker as the basis of his debut Clerks and, by extension, his entire career). It's a series of vignettes shot around the director's native Austin in grainy black and white 16mm, and while it's largely experimental in nature (it would not be Linklater's last such movie) it announced the arrival of a singular cinematic voice -- a filmmaker who would make movies no matter what and who would never allow others to define what cinema can be.

2. Dazed and Confused (1993) - Despite having a career populated with good to truly great movies, I still think Linklater's second film remains his masterpiece. An ensemble comedy that follows a huge cast of young people on the last day of school in 1976, Dazed and Confused is the best and most important movie of its kind since American Graffiti. An incredible hand-picked soundtrack, a cast of new faces and up-and-comers (including the-unknown stars like Ben Affleck, Matthew McConaughey, Parker Posey, Joey Lauren Adams, Renee Zellweger, Nicky Katt, Adam Goldberg and more) and a brilliant sense of both time and place make this movie something truly special -- a movie about being young, about forming relationships, about the passage of time. These are all preoccupations that would pop up again in Linklater's best work. I avoided this movie for a few years because all the wrong people embraced it as their stoner anthem. The Blockbuster Video at which I worked in the mid-'90s couldn't keep a copy on the shelf -- not that it was always checked out, but that it was either a) never returned or b) outright stolen. How it got the reputation as a stoner movie, I cannot understand; with the exception of Rory Cochrane's great George Washington monologue, there's not much memorable drug content in the movie. It's so, so much more than some fucking stoner comedy. It's one of the best movies of the '90s and is still Linklater's defining opus. 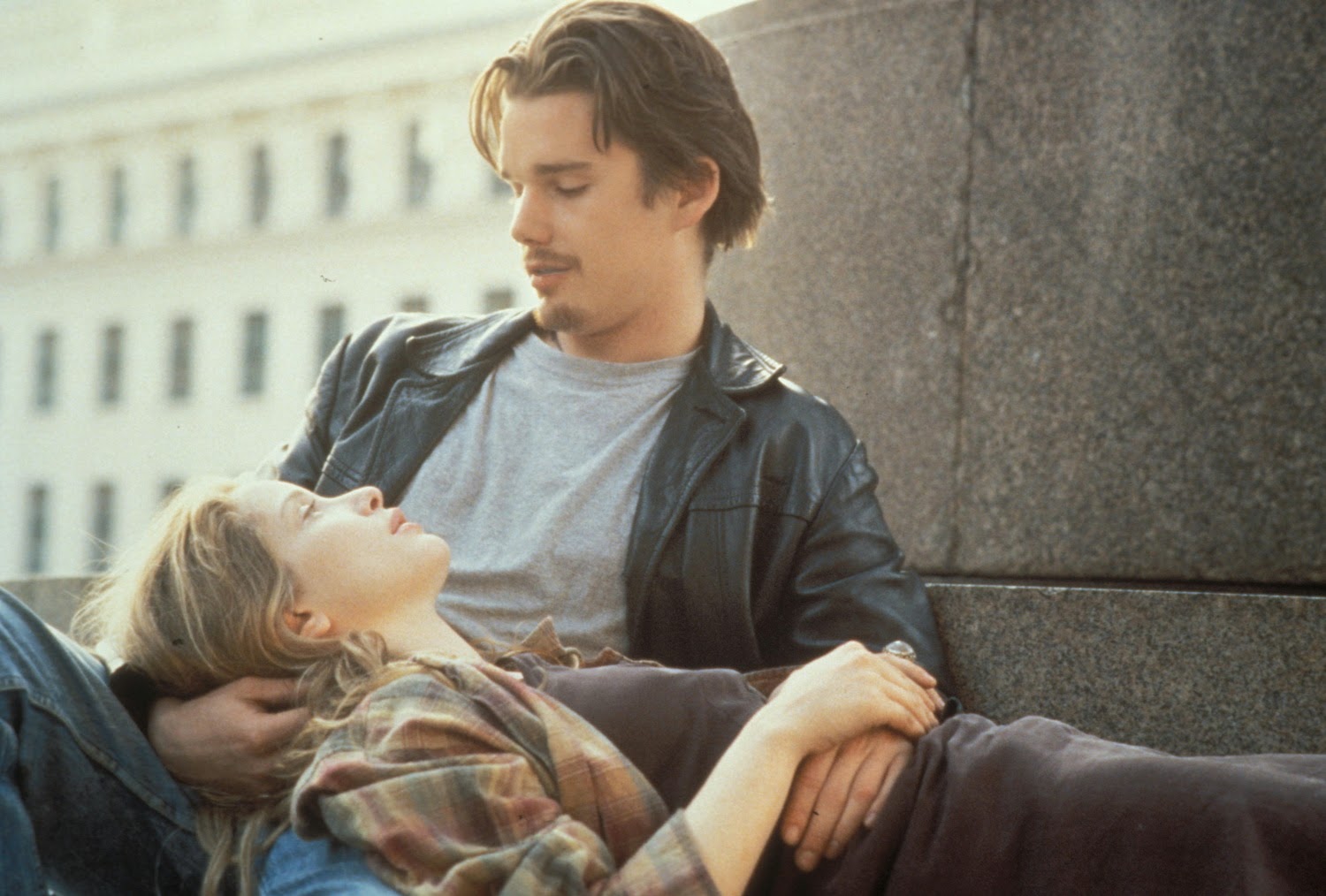 3. Before Sunrise (1995) - Richard Linklater followed up one of the best coming of age movies of all time with what might be the very best modern movie romance: Before Sunrise. Following two characters, heartbroken American Jesse (Ethan Hawke) and soulful Parisian Céline (Julie Delpy), as they spend one day and one night together in Vienna, the movie captures the impossible feeling of falling in love -- of meeting someone who excites you, stimulates you, challenges you and ultimately understands you. The location photography is gorgeous, the performances natural and endlessly winning. At the time it was released, we had no idea that Linklater would return to Jesse and Céline twice more over the next 18 years; they were left as young lovers filled with hope and possibility. Whenever I watch Before Sunrise, that's how I like to remember them. This is a perfect movie.

4. Waking Life (2001) - It's fitting that Linklater and Steven Soderbergh helped launch the American independent boom of the 1990s, as both adopted a "one for them, one for me" approach to filmmaking. This is a "one for me" effort -- Linklater's most experimental movie since Slacker and one which finds him mixing trippy rotoscope animation with lots and lots of philosophical and metaphysical conversation. It's a fascinating exercise, though not one that's got a lot of replay value for casual movie fans. One of its most noteworthy aspects is that it features a scene with Ethan Hawke and Julie Delpy reprising their Before Sunrise characters (in animated form) four years before Linklater would properly pick up with them in Before Sunset. Inside this odd experiment is the germ of an idea that would become one of his greatest achievements.

4. Tape (2001) - Released within months of Waking Life, Tape is Linklater's ultra low-budget ($100,000), shot on digital video adaptation of a Stephen Belber play. Essentially a chamber drama with three actors (Ethan Hawke [of course], Robert Sean Leonard and Uma Thurman) and a single hotel room set, the movie makes a great compliment to Waking Life by being experimental in a different way -- while Waking Life is about the boundless possibilities of a cinema liberated from the confines of both conventional thought and human reality, Tape forces itself to make the most out of its incredibly limited resources. While the movie remains minor Linklater, it represents a filmmaker determined to challenged and reinvent himself. To Richard Linklater, cinema is never only one thing. 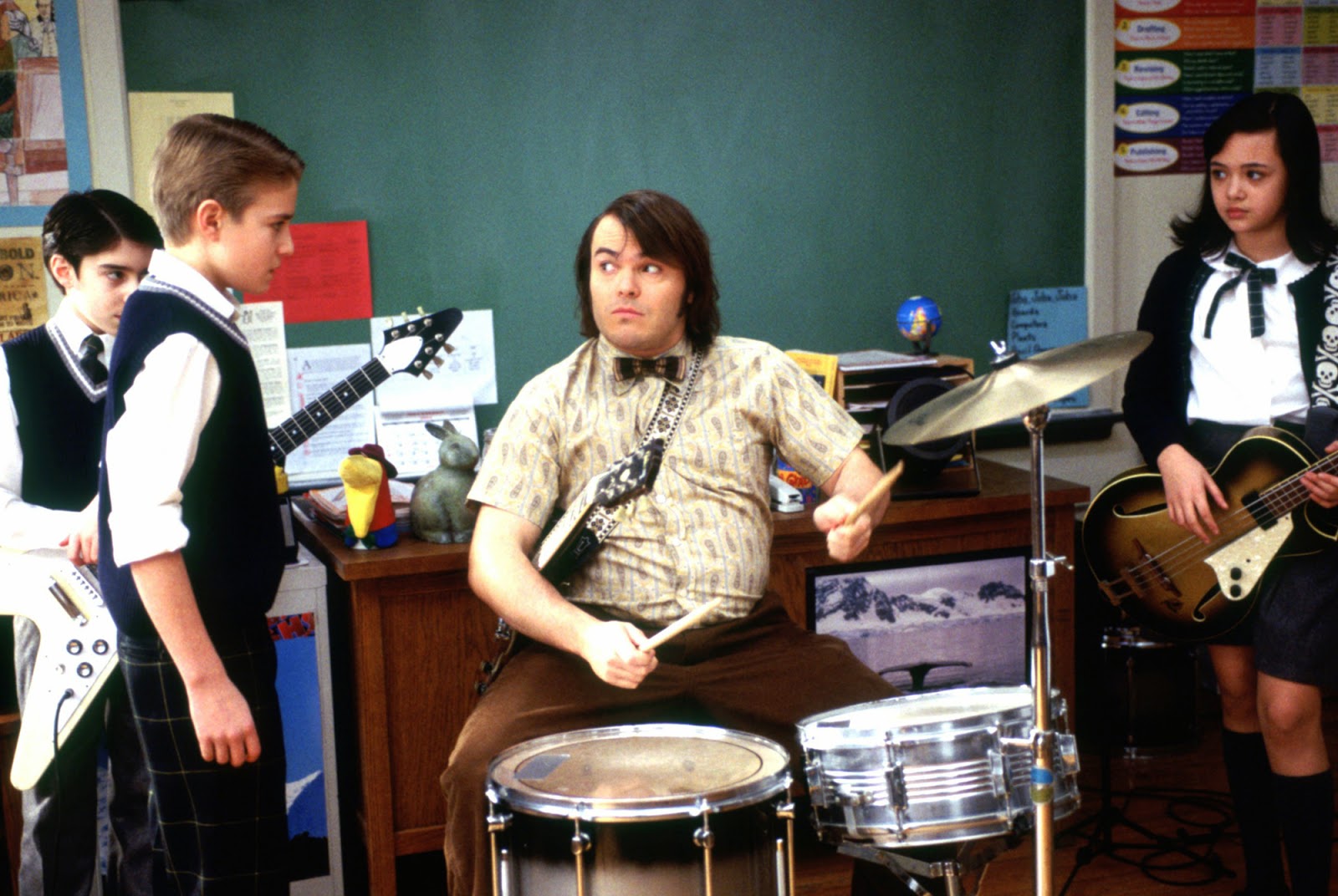 5. School of Rock (2003) - Linklater pivoted back to "one for them" with this 2003 comedy, starring Jack Black as a wannabe rock star who fakes his way into a substitute teaching job and recruits a bunch of gifted kids to be in his band. As studio comedies go, this one is pretty good; not only does it find a role perfectly suited for Black's particular talents, but also sneaks Linklater's rebel spirit into the proceedings. This is a movie about refusing to compromise and staying true to what you love. Linklater is a filmmaker who has done exactly that.

6. Before Sunset (2004) - The second entry in what would eventually become Linklater's Before trilogy catches up with Jesse and Céline ten years after they parted in Vienna. They did not reconnect six months after their night together (for reasons eventually explained). Instead, Jesse went on to marry someone else and have a son, writing and selling a popular book based on his romance with Céline. They reconnect one afternoon in Paris; what follows is a movie that feels as much about being in your mid-30s as Sunrise did in your 20s, when the world was an open door of possibility. Instead, Sunset is a movie about life not working out the way you had thought/hoped. It's a sadder, more bruised movie, but one that is still brilliantly acted and beautiful and ultimately still hopeful about true love. Bonus points for featuring one of the best last scenes/lines ever in a movie. 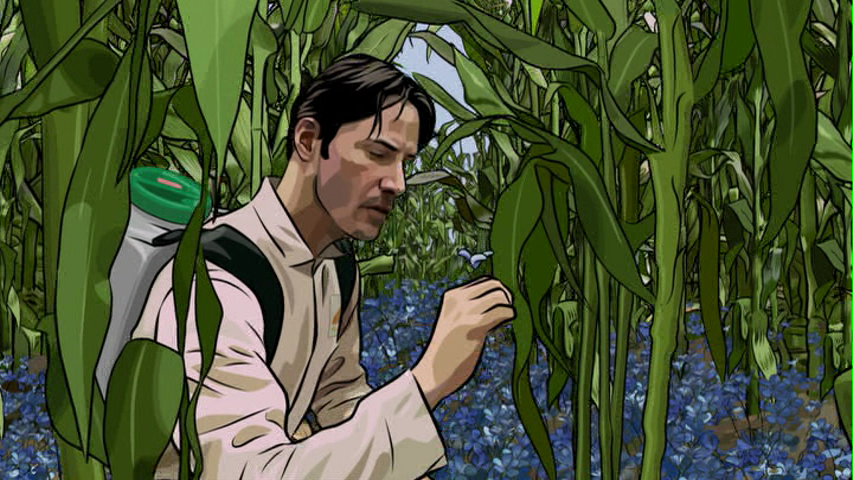 7. A Scanner Darkly (2006) - Linklater returned to rotoscoping more successfully with this adaptation of Phillip K. Dick's novel of the same name about an undercover agent (Keanu Reeves) who gets immersed in the rampant underground drug culture of dystopian future America. Backed by supporting performances from Robert Downey Jr., Woody Harrelson, Rory Cochrane and Winona Ryder, A Scanner Darkly is one of Linklater's best and most underrated films -- paranoid, political, funny and visually dazzling. The rotoscoping isn't just a stylistic choice, but serves a real visual function as well; it's able to achieve a specific and necessary special effect that could never have been accomplished in live action and blurs the borders of reality (quite literally thanks to the wobbly drawing style) to reflect the characters' relationship to the outside world. This, too, is probably considered "minor" Linklater, but that doesn't make it any less special or brilliant.

8. Before Midnight (2013) - The 20 year journey of Linklater, Hawke and Delpy concludes (for now) with this raw and honest look at what happens after "happily ever after." While hardly the third act any of us expected when we first fell in love with Before Sunrise, the film is unflinching in the way it examines how difficult it can be (for some) to keep love going after so many years. The scenery is gorgeous, the performances are brilliant and the dialogue always sharp, challenging and often cutting; the hotel room scene in particular is an all-timer. This is the film in the series that I will revisit the least, but not because the movie is at fault. I'll leave the middle-aged lovers in that apartment knowing Jesse's going to miss his plane because like Bill Pullman in Lost Highway, I like to remember things my own way. Linklater began this series as a tribute to impetuous youth and first real loves, but has ended it in a way few of us predicted. The story of Céline and Jesse is no longer a story about movie love. It's a story about real life. 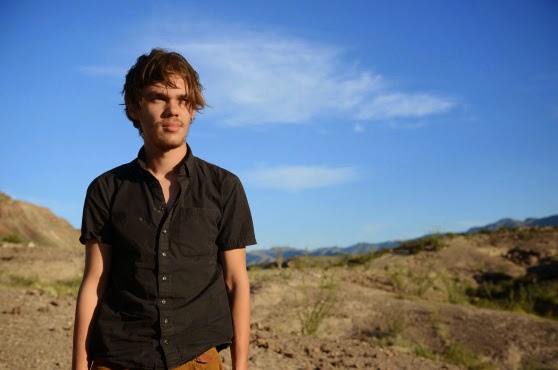 9. Boyhood (2014) - Though he has a varied career of often great, often different, always interesting films (except you, Bad News Bears remake), I suspect this is the movie for which Richard Linklater will be most remembered. Shot over the course of 12 years and following a boy (Ellar Coltrane) from childhood to college, Boyhood feels like the culmination of so much of the director's work, from its relationship to Austin (Slacker) to the way it hangs back and naturally observes its characters (Dazed and Confused) to the way it spans time, revisiting the same actors as they age, mature and grow into different people (the Before series). Many have complained that Boyhood is all gimmick; that it is, in fact, about "nothing." Those people have not been paying attention to their own lives. When they finally realize that life isn't all explosions and conflict and swelling emotional beats but a series of moments, years will have passed in what feels like hours. That's what Boyhood is about.

And Birdman can never take that away. 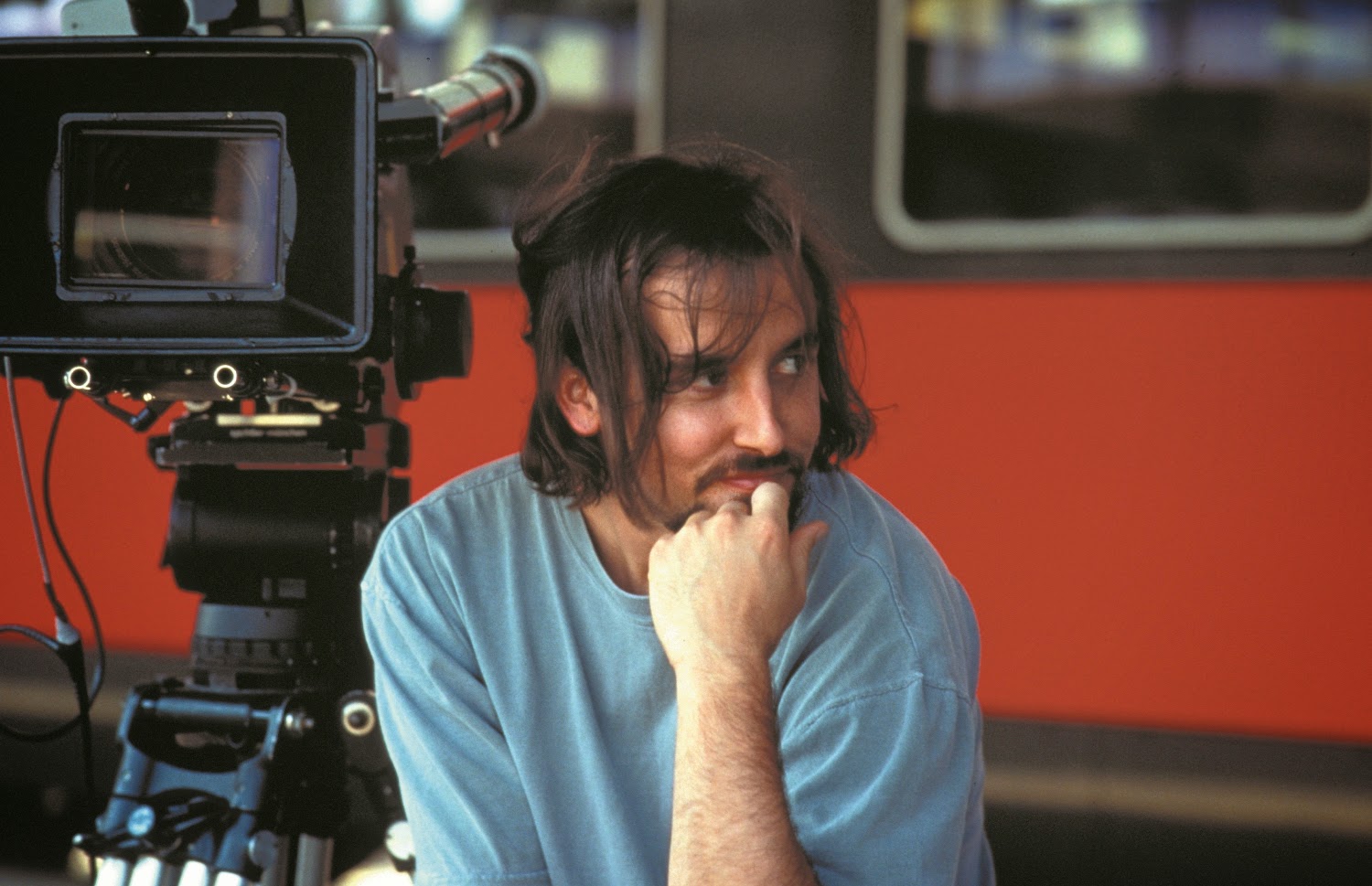