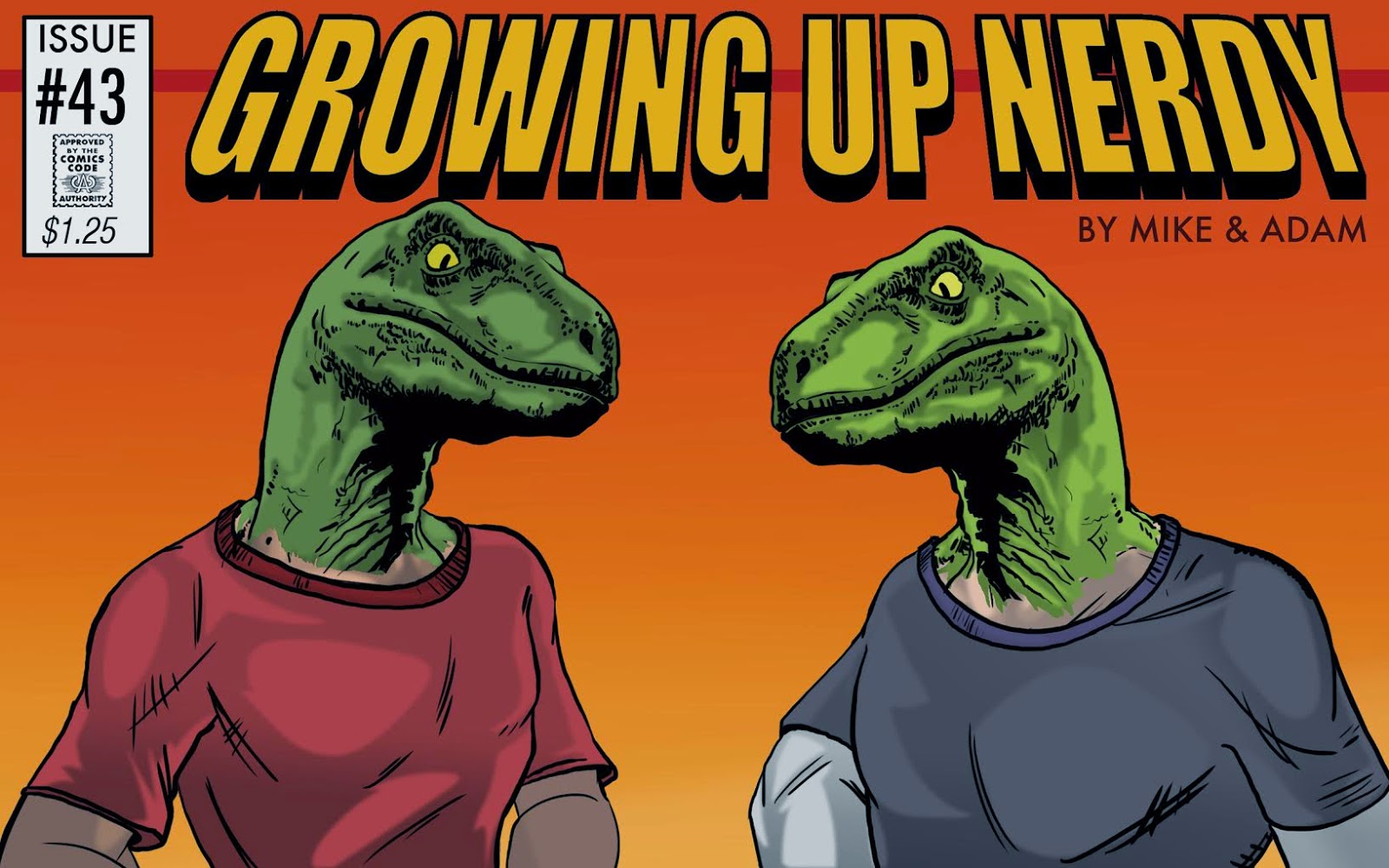 With the epic return of #Fthismoviefest this weekend I can’t help but wonder what a young Mike and Adam were like in 1993.

Mike: Holy hell, 1993 was a big year for me. Leaving junior high and entering high school was a huge transition. Also, 1993 produced some of my favorite movies and music and comic books and sports memories of all time:

Sports
Ok, so maybe this isn’t a favorite sports memory, but it’s a lasting one. In 1993, the Chicago White Sox finished in first place in the American League West Division with a record of 94-68. They were led by Frank Thomas in his MVP year and onto the playoffs for only the second time in my life (1983 was the first). I was convinced they were going to do big things when they got there; instead they lost in six games to the eventual World Series champion Toronto Blue Jays and I learned what sports heartache is. Throw in Michael Jordan retiring for the first time after throwing out the first pitch of the playoff series and 1993 ended on a pretty shitty note, sports-wise.

Music
While grunge music had exploded onto the scene in 1991 with Nirvana’s Nevermind and Pearl Jam’s Ten, I was ignoring the Seattle sound for the most part until 1993. I was still spinning the hell out of my Aerosmith Get a Grip CD when, in the Fall of 1993, Pearl Jam and Nirvana released their follow-up albums to the mega-hits they produced just two years earlier. In Utero by Nirvana was the first CD of theirs that I ever purchased and I loved it. Pearl Jam’s VS. changed everything for me. These two albums made me dust off my dad’s old flannel shirts and tie them around my waist. Along with Adam’s Alice in Chains obsession, we became the most unoriginal teenage boys on our block. 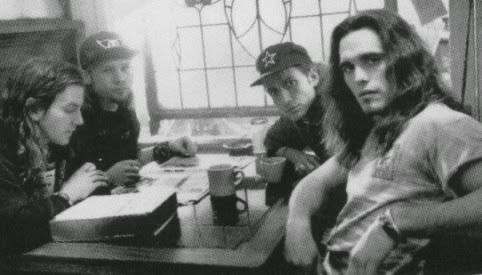 Comics
While there wasn’t a truly significant comic book release for me in 1993, I’d argue my comic book fandom was never bigger than that year. 1991 and 1992 brought us the death of Superman, the birth of Image comics and the Jim Lee/Chris Claremont collaboration X-Men #1, all huge moments for me and the real birth of my comic book obsession. The summer of 1993 is when I began hanging out with Adam at Dreamland Comics all of the time. I began to explore any and all comic books I could get my hands on and my love for them was never stronger.

Movies
1993 was the year a bunch of movies were released that I either loved upon seeing that year, or came to love years later for various reasons. My jam that year, and this is far from original, was of course Jurassic Park. Until Pulp Fiction was released one year later, Jurassic Park held the title for Movie I Saw Most in a Theater. Pushing every right button with me, Jurassic Park was unlike any movie I had ever seen on the big screen. I remember leaving the theater after the first time I saw it and going into a Walgreens to buy a pop or candy or whatever. Passing the aisles, I saw a little purple plush pterodactyl for sale. It wasn’t a Jurassic Park toy specifically and at 14 years old I was past the age were a plush anything would appeal to me. However, I NEEDED THAT PTERODACTYL. Why? BECAUSE JURASSIC PARK. That movie hit me hard. 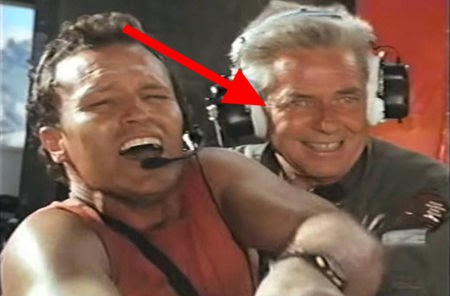 There was another important movie-related event for me that year, and it was the release of Cliffhanger. Before Cliffhanger (BC), I liked every single movie that I saw in a theater. I mean it. Every single one. Just sitting in a movie theater was enough to make me enjoy myself enough to give every movie a pass. Cliffhanger, however, was the very first flick I ever walked out of a theater saying, “I didn’t like that movie.”

A few honorable mentions: While I didn’t see it in 1993, Dazed and Confused would become one of my favorite movies of all time. True Romance is pretty good too. The Sandlot is one of my favorite sports movies ever and The Nightmare Before Christmas is the first movie that my oldest daughter Evie ever really loved, so for that reason alone it’s special to me.

If you ask any of my friends, they’ll tell you I have a terrible memory. Adam could recite every teacher we’ve ever had while I’m lucky I can remember the name of the school we went to. Riverdale High, right? 1993, however, feels like it happened yesterday for me. Everything is crystal clear and I’m grateful that it is. Except for the White Sox exit from the playoffs. Why on earth must I still remember that? 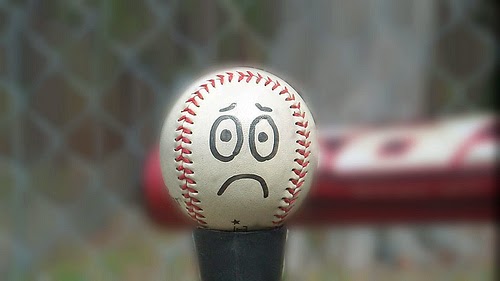 Adam: Honestly, if you look back on the timeline of my life, 1993 was a big fucking deal! Mike and I met in the 1st grade and both attended the same small private school for eight years together. Early in the year, my parents informed me that they could not afford to send me to the private high school that just about everyone else I had spent my schooling with to that point was going to. My best friend Mike was going private and I was going public. It wasn’t the end of the world -- we still lived down the street from each other -- but this was it. The last summer before we spent our days in other places.

The biggest change brought on with the changing of schools was sports. At our small private school, if you didn’t play football or basketball, you didn’t do a sport. However, my mother convinced me to join the cross country team, and they started over the summer. Turned out I wasn’t terrible at it. Between that and the White Sox doing so well, for the first time in my life I was DOING a sport and having a great time WATCHING as sport.

Music was a huge thing for me, bigger than TV or Movies or even sports. I couldn’t play any instruments, but my favorite band Alice In Chains had released Dirt the previous year, changing my life. Just a few years earlier we’d all been rocking out to Saigon Kick, and now I was a freshman in high school and completely swept up in the new music. I consider myself so very lucky to have lived through that time in music history. It was so much fun. The local strip mall that housed our comic store had opened a small music store and they had this huge wall of all the new releases. I remember just standing there with the money I’d got from cutting lawns trying to figure out if I had enough money for a CD and a comic. 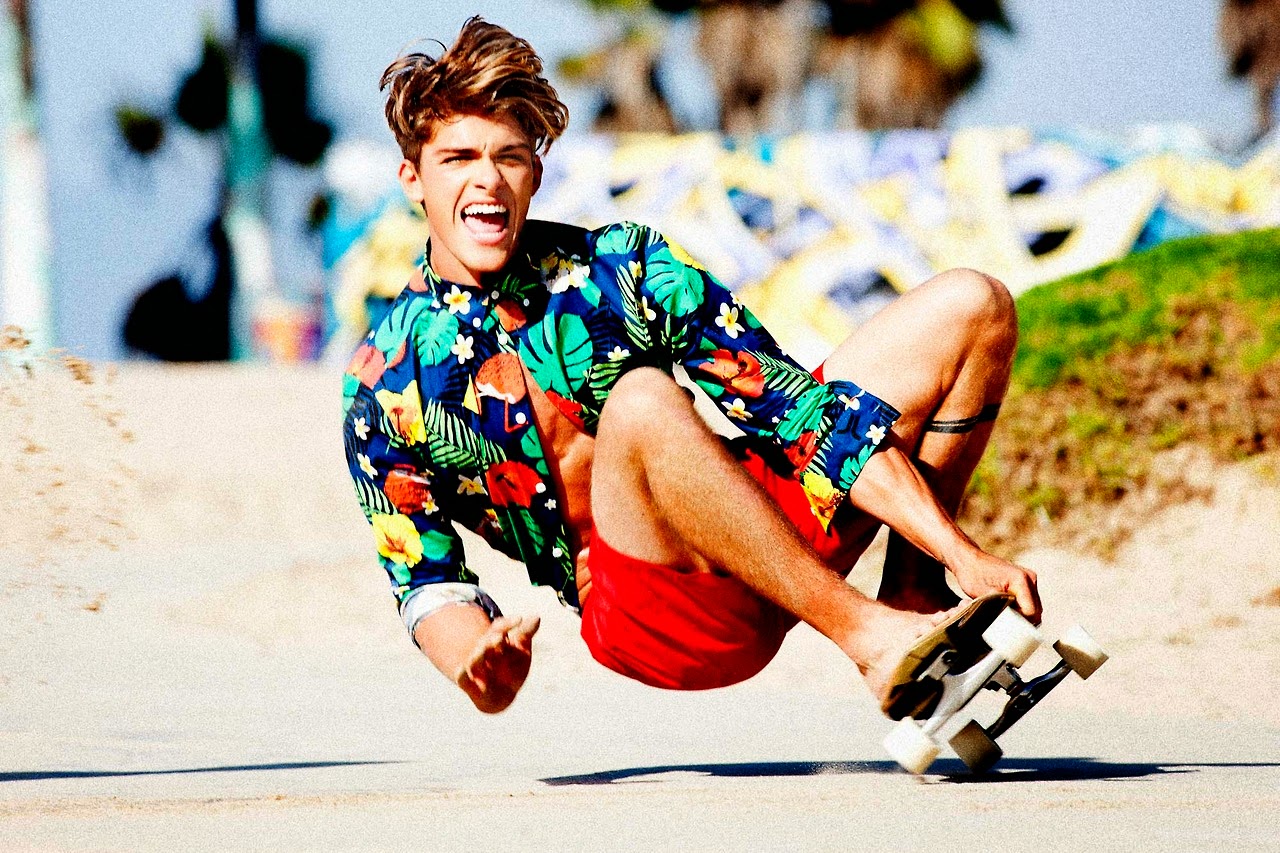 As with most music obsessed teenagers, music influenced fashion and I was no different. I had gone to a private school where everyone was clean cut, wore a uniform, and, being the oldest of my family, I didn’t really have a older sibling to show me the ropes. I had a group of kids who lived on my street and would skateboard, so I had a slight understanding of what in my mind the “cool” kids were wearing. The biggest change for me that year was my friend Brian’s brother Patrick (no, not our Patrick) was a “cool” kid and for my birthday had given me a Sonic Youth album. A few months later I was walking out of the public pool with my parents and there were some skateboarders in the parking lot that had a small boombox and I immediately recognized that they were listening to Sonic Youth and were wearing the same style clothes as me. There was one big exception. These kids had long hair, and I was still stuck with my short Catholic School haircut. At that moment I decided I needed longer hair, and purposely found ways to avoid getting a haircut even at the incistance of my mother. I was well on my way. I was ready for public high school, and not even my mom was getting in my way.

I know this will disappoint many of you but in 1993, I wasn’t very big into movies. I did have the first truly frustrating movie going experiences ever though in the beginning of that year going to see Groundhog Day. The movie theater down the street (Ridge Cinemas) is now gone, but back in 1993 that was the place where all the kids would go to see movies on a Friday night. To this day I don’t remember who I went to see Groundhog Day with or even why -- I honestly knew nothing about the movie -- but I do know that the theater was filled with middleschoolers throwing popcorn and candy. About four rows in front of me was my brother with his friends, and I was in love with Groundhog Day from moment one. Problem was that the middle school crowd seemed to be completely uninterested and was constantly taking me out of the movie, my little brother being one of them. The theater emptied, credits rolled, and I walked out to the lobby where my brother was playing a video game when I ask him “What did you think of the movie?” My brother’s friend turns to me and says “That movie fucking blew. The same thing kept happening over and over.” I don’t know why, normally I’d just blow it off, but I wanted to punch him at that moment, and had he not been my brothers friend I may have. 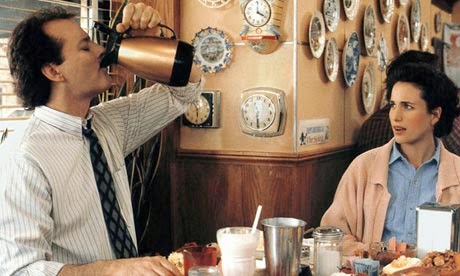 The biggest movie of the year, though, was obviously Jurassic Park, and I had NO idea what it was. The first time I heard about it I was walking down the street and my friend Tim told me he was going to see a dinosaur movie that night and I made some joke about him being five years old. Tim kept at it, though, and convinced me how awesome he’d heard it was. The rest, folks, is history. If you got a chance to see Jurassic Park in the theater for the first time, it was something special.

While most of the F This Movie! community will have fond memories of all the awesome movies that came out in 1993, it can’t help but be overshadowed on what a complete fucking dork I was, desperately trying to just be a little bit cooler than I was with the hopes of not getting my ass kicked in high school.
Posted by Patrick Bromley at 5:00 AM