Of course you're all joining us for #FThisMovieFest 4 tomorrow, but here's stuff for you to watch the rest of the week. 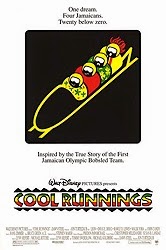 Adam Riske: Cool Runnings (1993, dir. John Turteltaub) How long has it been since you've seen Cool Runnings? Yeah, that's what I thought. You should re-watch it! This movie was a staple in the Riske household for months when it was released on video. It's 1993 after all this week, so why not spend it with up-and-comers Leon, Doug E. Doug and Malik Yoba? That is if it's Friday...if it's Saturday, February 7th, you should be spending it with us for F This Movie Fest 4. You've heard about F This Movie Fest 4, right? 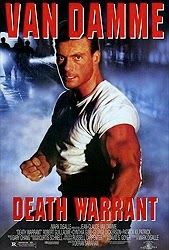 Adam Thas: Death Warrant (1990, dir. Deran Sarafian) A Jean-Claude Van Damme Cannon film that is just as fun as you think it would be. The movie opens with this dialogue:

I honestly can’t think of a better opening bit of dialogue to describe this movie. I could probably end this review right here and at least 50% of you would watch it based solely on those four lines. Van Damme plays Detective Burke, a Mountie from Canada who is in LA for some inexplicable reason, and goes undercover as an inmate at the local penitentiary to solve a series of unexplained deaths. The plot worked well enough to hold my attention until the next time I got to see Van Damme kick someone in the face, so I came away feeling satisfied. If you are still on the fence on if you should see this movie or not I’ll leave you with this: Van Damme fights Al Leong in a laundry room. BOOM! 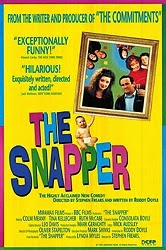 Erich: The Snapper (1993, dir. Stephen Frears) Happy 1993 week! On a related note, did you know you can search Netflix movies by release year? That's how I found this '93 Irish comedy/drama, based on a novel by The Commitments author Roddy Doyle and directed by Stephen Frears. It's the story of a girl who tells her family she's pregnant, but refuses to tell them the identity of the father. Other movies might spin that premise into awkward comedy and mistaken identity, but The Snapper takes a practical, working class approach to being "up the pole" (a euphemism for pregnancy I don't want to know the origin of). The pregnancy causes a commotion in her family and the community, but not in typical movie ways. It's not the "best" 1993 movie on Netflix, but it's a fine palate cleanser before the all-you-can-eat awesome buffet kicks off this Saturday. 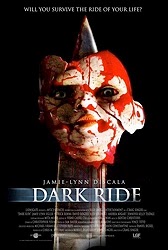 Heath Holland: Dark Ride (2006, dir. Craig Singer) I've always been really freaked out by the indoor spook rides at the carnival, and the makers of Dark Ride know that a lot of others feel the same way. The movie tells us that some people were murdered in one of these rides years ago, and when a group of young people (including Jamie-Lynn Sigler of The Sopranos and Patrick Renna of The Sandlot), sneak into the ride years after it closed for good, they encounter more than they expected. Dark Ride contains neither the originality nor the polish of Tobe Hooper's The Funhouse, but that doesn't mean it doesn't have anything to offer. Selected as one of the "Eight Films To Die For" of the 2006 After Dark Horror Fest, it stood apart from the rest by embracing old school sensibilities and appealing to fans of classic slasher films. If you like a little camp with your horror, you'll find it here. 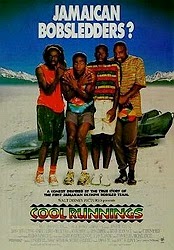 JB: Cool Runnings (1993, dir. Jon Turteltaub) Looking to end F This Movie Fest tomorrow night with a fun, inoffensive film from 1993 that wants nothing more from you than 90 minutes and a smile? Might I suggest that you let this typical nineties Disney film “kiss you goodnight?” I like this movie because I am sucker for sports movies, and I am a sucker for John Candy. (Cool Runnings was the last of his films released during his lifetime.) I checked on the wikipedias and apparently, except for the fact that once there actually WAS a Jamaican bobsled team at the Olympic games, most of the film was simply made up out of whole cloth. Candy’s character (and his complicated backstory) never even existed. That fact may also account character names like Yul Brynner (Malik Yoba) and Sanka Coffie (rapper Doug E. Doug). Still, who doesn’t love an inspirational story about a bunch of lovable misfits? And Cool Runnings will make all of the other films you watched Saturday at the Fest look far, far better in comparison. Nighty-night, mon. 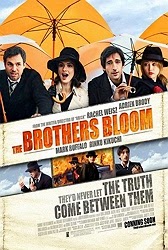 Patrick: The Brothers Bloom (2009, dir. Rian Johnson) I blew my load on 1993 suggestions last week, so I'll recommend something for you to watch in the days following F This Movie Fest: Rian Johnson's wonderful second movie The Brothers Bloom. I love this movie. Looooove this movie. If not for Inglourious Basterds, this would have been my favorite of 2009. It is beautiful and funny and poetic and confident and silly and crazy romantic. There is a moment about halfway through in which Adrien Brody and Rachel Weisz (who should have won all the awards for her performance here; "charming" does not begin to cover it) are walking through a crowd and the camera loses them for a second; when it finds them again moments later, they are suddenly holding hands. Combine that visual with Nathan Johnson's GORGEOUS score swelling and it's one of my biggest Exploding Heart moments of the decade. I would watch this movie again and again just to chase that moment; luckily, I love the rest of it too. I thought Brick was a really good and interesting first movie, but The Brothers Bloom is when I realized that Rian Johnson is a truly great filmmaker. Now the guy's making fucking Star Wars. He deserves it.
Posted by Patrick Bromley at 11:00 AM