Watch these now, because next week you'll be busy with F This Movie Fest 4! 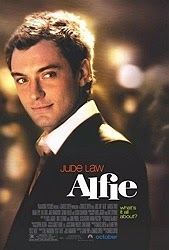 Adam Riske: Alfie (2004, dir. Charles Shyer) I haven't seen Alfie since probably 2005 but I remember being really taken aback by how much I liked it at the time. It was the movie that convinced me that Jude Law being in every movie (which he practically was in the mid-2000s) is not necessarily a bad thing. It's a rare breed - a romantic drama a sub-genre that I am a big fan of. Plus, it has Sienna Miller at her most (how do I put this without sounding like a pig)???? Um, I want to have fake babies with her in this movie. 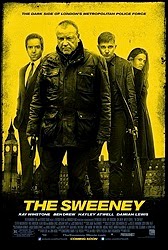 Adam Thas: The Sweeney (2012, dir. Nick Love) If you haven’t figured it out yet, I’m a fan of action movies and I have to admit there was some pretty cool action sequences in The Sweeney. I guess this is a reimagining of a 1970s British TV show of the exact same name. So for those of you not familiar with British television (like me), allow me to help you out. Ray Winstone plays Jack Regan, a lead inspector for a division of the British Police that calls themselves The Sweeney. Apparently, The Sweeney plays by their own rules…blah, blah, blah, you’ve all heard this type of shit before. The Sweeney starts out with the exact same plot we’ve heard a thousand times, but quickly turns into a rather semi-interesting mystery with some pretty great action sequences topped off by a shootout in Trafalgar Square that is pretty fucking awesome. It moves very fast at times with weird plot choices but pays off with everything you look for in an action movie. In terms of action movies on Netflix, The Sweeney is one of the better ones I’ve watched. 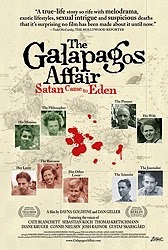 Erich: The Galapagos Affair: Satan Came to Eden (2013; dir. Daniel Geller and Dayna Goldfine) A documentary that's part Gilligan's Island and part Lord of the Flies, The Galapagos Affair is a fascinating peek into a time before all of society was inextricably linked by social media and mobile devices. It's the true story of several groups of strangers who all decided to leave the civilized world and start new lives on an uninhabited island in the fabled archipelago. These voluntary Crusoes found the simplicity and solitude they desired, but it came at a price. What began as an adventure in paradise devolved into a war of egos that ended in the mysterious disappearance of several inhabitants. The story is told through archival footage, dramatic readings of journal entries, and interviews with descendants of the fated pioneers—a group that included a nihilist couple, a family of four, and an the entourage of an abrasive diva who called herself "the Baroness." 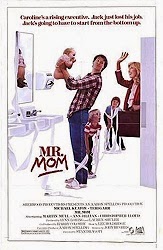 Heath Holland: Mr. Mom (1983, dir. Stan Dragoti) Michael Keaton is back (I know, he never went away), winning awards and being awesome, thanks to the acclaim surrounding his performance in Birdman. Though he's been linked with several iconic roles during his career and he will always be MY Batman, I don't think any movie conveys Keaton's sharp comic timing and unique magnetism better than 1983's Mr. Mom. The story of a laid-off dad holding down the household duties while his wife becomes the primary bread winner is nothing new, but Keaton's quirk is enough to make the whole thing feel fresh. Did I mention Keaton is hilarious? I didn't discover this one during the '80s, instead finding it on DVD way later, but it's since become one of my comfort movies, and it always makes me feel good whenever I watch it. 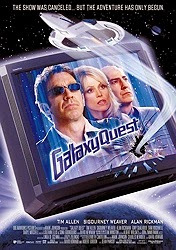 JB: Galaxy Quest (1999, dir. Dean Parisot) The subject of an award-winning podcast! I wonder how, if you are reading this or frequent this site, you have never seen Galaxy Quest? (Heavy sigh) Go now. Watch it. You'll thank us. We'll wait.

Galaxy Quest has something meaningful to say about the uses of fantasy in our everyday lives. It showcases career-best performances from Tim Allen and Alan Rickman. It throws in a little bit of Sam Rockwell for spice. It features a huge monster made out of rocks...and tentacle sex. It's funny and touching. Watch it this weekend after the Super Bowl. Then listen to the podcast. Then join us next week for F This Movie Fest 4! 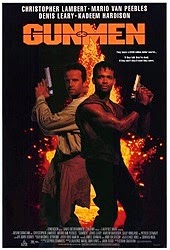 Patrick: Next week is 1993 Week at F This Movie! in anticipation of F This Movie Fest 4 on February 7th. Start celebrating this weekend by checking out some of '93's finest offerings on Netflix Instant: there's Last Action Hero (dir. John McTernan), the movie I was SURE was going to dethrone Jurassic Park at the box office (such was my blind devotion to Arnold Schwarzenegger). You could have a '93 Tom Hanks double feature and watch Philadelphia, the great Jonathan Demme drama that won Hanks his first Best Actor Oscar, followed by Sleepless in Seattle (dir. Nora Ephron), a movie that gets a bad rep for running on TBS too often but is still a terrific romantic comedy. You can watch The Firm (dir. Sydney Pollack), because that movie pretty much IS 1993. Or you can celebrate '93 week like I would and revisit Gunmen (dir. Deran Serafian), a ridiculous action movie with a cast that includes Mario Van Peebles, Christopher Lambert, Patrick Stewart, Denis Leary and Kadeem Hardison, as well as Brainsmasher...A Love Story, an underrated Andrew Dice Clay vehicle directed by my beloved Albert Pyun. That's how I roll, '93.
Posted by Patrick Bromley at 12:00 PM