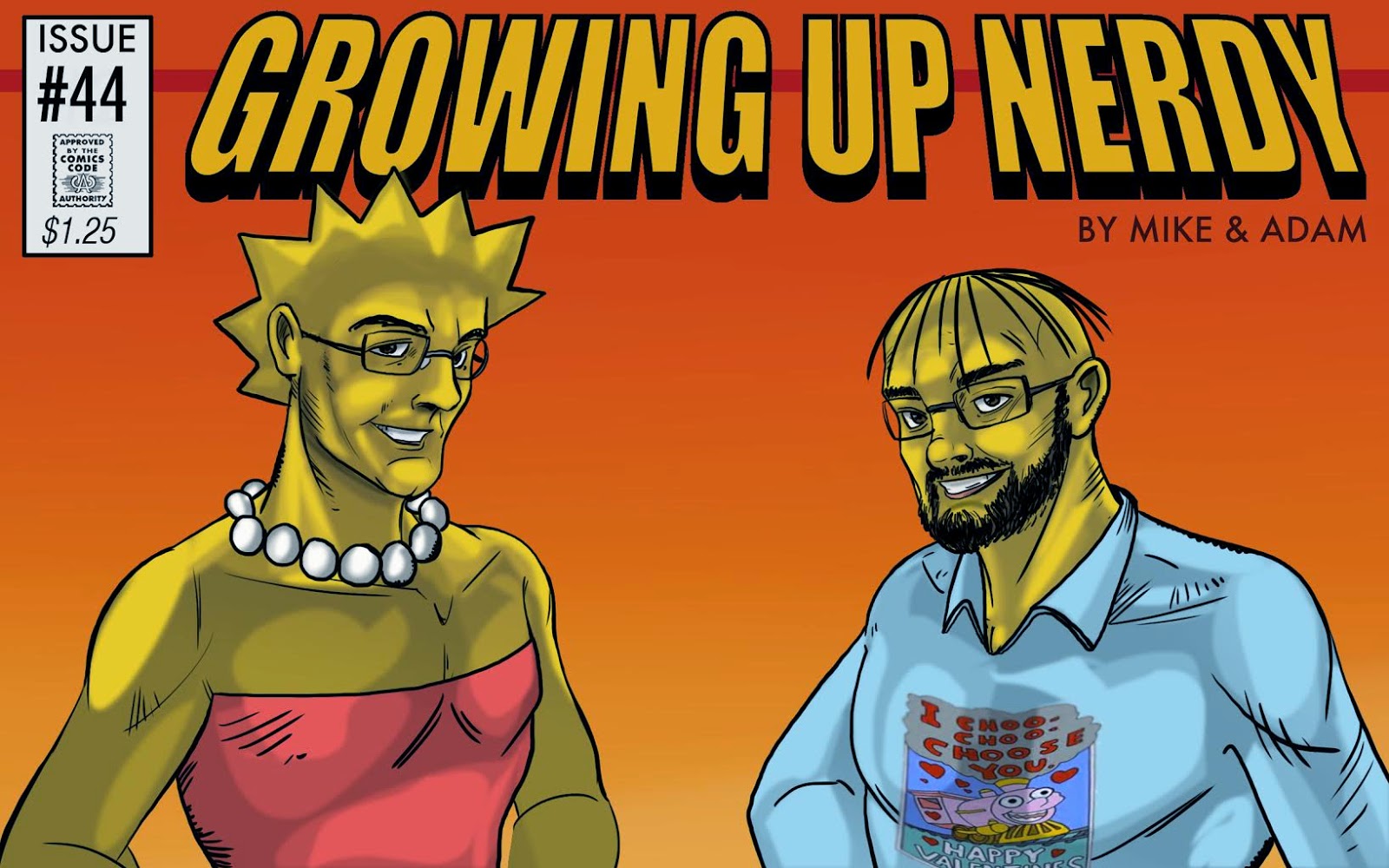 Fall in love with being a nerd.

As I was watching True Romance during #fthismoviefest, I couldn’t help but fall in love (again) with Alabama Whitman. So I got to thinking, have you two ever fallen in love with a girl on screen before?

Adam: There have been a lot of loves that have drifted in and out of my life through the years and, yes, some of them have been fictional. There is something about a show or a movie that when you are totally caught up with it you can’t help but get caught up in the personalities you see on the screen and sometimes…they’re cartoons. I’m not proud of that folks.

Sheila the Thief: Looking back, I can say that this was the very first time in my entire life that I recall having a crush on a girl, even if that girl was a series of drawings. In 1983, Saturday morning cartoons started airing Dungeons and Dragons, about a bunch kids that get transported to another dimension and each week try to find their way back home. That’s when I first saw her. She had red hair, blue eyes, freckles, a a magic cloak that turned her invisible, and at age 4 she was the most beautiful thing I’d ever seen. Being 4 years old, I don’t remember much about the episodes and I don't even really think I understood the plot. All I knew is I just wanted to see more Sheila. 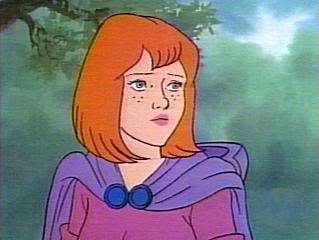 Lynn Minmei: When Robotech first reached American audiences, I was 5 years old and a very light sleeper. My father would usually get up for work around 5:30 and I’d be up soon after. On the local UPN station they would air Robotech each morning and I just happened to start watching it from day one. I was hooked. It was a cartoon that had a continuous story from beginning to end, and while I didn’t member a lot of it, I remembered how much I loved Minmei. Being only in Kindergarten, she was perfect. She was beautiful and bubbly, and my favorite character Rick Hunter was also in love with her, so it made sense. The crush soon subsided and I went years never watching Robotech again.  However, like most relationships, years later you find yourself wondering what the hell you were thinking, and as it turns out, the same can happen with fictional girls. I recently re-watched all of Robotech and Minmei is the fucking WORST! She is the most obnoxious thing in the entire show and I find myself wondering why Rick Hunter won’t just dump her ass because she seems to go out of her way to treat him like shit. I really should have just left it as a memory because honestly, I feel bad for the guy who ended up marrying her.

Andy (Goonies, not Toy Story, assholes.): If you were a child of the '80s, chances are you either wanted to be Andy or date her. Kerri Green is absolutely the perfect girl for the part and Andy is the perfect girl. As I get older, my affection for Andy has faded as I find her more annoying but not to the level of Minmei. That kiss with her and Brand in the water as she puts her tied-up hands over his neck makes realize that “kids” movies were way different in the '80s. 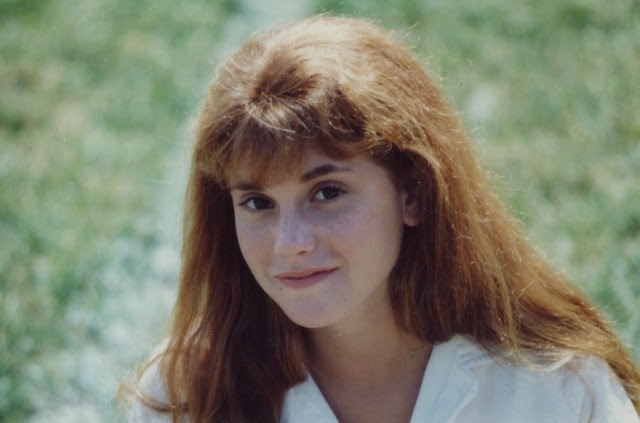 Chris Parker: Oh, you’ve never seen Adventures in Babysitting? Well see it now, and if you’ve already seen it you probably agree with me. This is Elisabeth Shue in her prime, peeps. If you are a fan of the ladies and didn’t instantly melt that first time you saw her dancing in her room to “Then He Kissed Me,” you probably don’t have a pulse. She was so adorable and perfect in that entire movie, with a hint of nerdiness to her that made an 8-year old Adam wish he was just a little bit older.

Evie Ethel Garland: This is probably the most obscure name on the list, and I’m fairly confident that the only person who will know who this is would be Erika, who also shares a love for the early '90s sitcom Out of This World. Out of This World was one of those sitcoms that would be on a modern day Disney Channel about a girl who is half alien and has powers to stop time (as well as a few others). Each week found Evie in some sort of CRAZY situation that would somehow involve her using her powers. She was played my Maureen Flannigan and she was so cute. Who doesn’t want a girlfriend with superpowers? Well, maybe Luke Wilson. 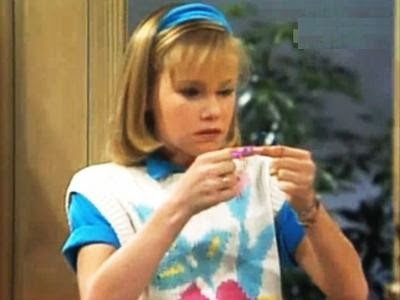 Diane Court: I’d say that this is probably my first modern crush, as I was introduced to her at the age of 17. Diane Court is smart, gorgeous and everyone is wondering what she sees in in Lloyd Dobler. As a nerdy high school student, the idea of the most gorgeous girl in school falling for you is far from something new in movies, but something about Say Anything… hit me in a way that no other movie had. It dealt with problems that felt more real than the same old Hollywood bullshit. Diane was this girl who had it all and Lloyd isn’t just some guy, he’s THE guy to be there for her. There was a good portion of my life where I just wanted to be Lloyd Dobler and I wanted my Diane Court. Ione Skye never captured that perfection in any other movies, but I’ve probably seen Say Anything… five thousand times, and I fall in love with her every single time.

Leah Jones: If you’ve ever seen the movie Trojan War, you’re one of like, no one I know. Honestly, I’m a fan of the movie. It’s far from perfect but does its job as typical teenage comedy. My first serious girlfriend was a huge fan of the TV show Party of Five and I had no problem watching it after I discovered Jennifer Love Hewitt. Jennifer Love Hewitt is a good looking lady, and she looks spectacular as the tough friend-zoned girl in 1997’s Trojan War. She of course plays the girl that our main character Brad just doesn’t see right in front of him, but of course as the audience, we see it. I fell for this cheap gimmick hard and wanted nothing more than to be the guy who got to Leah before dumbshit Brad came to his senses. I’m sorry. I shouldn’t be so hard on Brad; after all, he does spend most of the movie chasing after Marley Shelton, which is completely understandable. 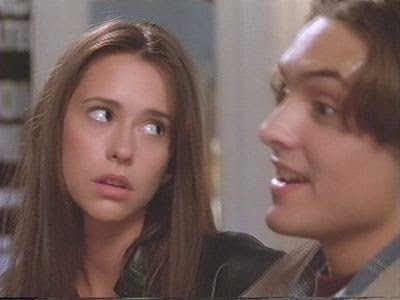 Sam: As we all quickly fell out of love with Natalie Portman after Episode II, we were all reminded how much we could love her, and man, I fell hard for Sam. I love Garden State, and the biggest reason for that is Sam. In that first scene where we meet her in the waiting room, my heart just melted. She is so damned cute and the movie just piles on cuteness scene after scene. I don’t know how anyone couldn’t fall in love with Sam.

Mike:
My Heart’s Companion (a poem for Rose Tyler)
by: Michael Pomaro

They say violets are blue and roses are red
Without you, Rose Tyler, I’d rather be dead
Eccelston was fine, I’m glad he was there,
But it was you, Rose Tyler, and your lovely blond hair
That got me hooked, then kept me invested
You were a damn fine companion, never to be bested
The episode where you travel back to the day your dad dies,
Was the episode I feel in love with your beautiful brown eyes
SPOILER ALERT, the 9th Doctor winds up dead
Replaced by David Tennant and his cutesy bed head
You should have run away, Rose Tyler, escaped into my arms
Instead you stayed with the alien, with two hearts and much charm
Sure he seems exciting, and yeah he’s got a great ride
But can you talk sports with the Doctor? Has he seen Prince of Tides?
The answer is no, my sweet Rose, he knows none of these things
He knows Daleks and Cybermen, Galifrey and Reaper’s wings
Is it adventures you want? We can have tons of those
But it won’t be in space, fighting monsters and foes
Our adventure would be this thing, this thing I call love
Where will it take us? All directions, up above
So climb into my Taurus, grab hold of my one heart
I’ll lock our doors and the car I will start
You’ll smile your big smile, squeeze my hand real tight
And say, “It’s you that I want. For only you will I fight.”
You’ll forget the Doctor, I promise, you’ll see
Now let’s go on an adventure, just us, “Alons-y!” 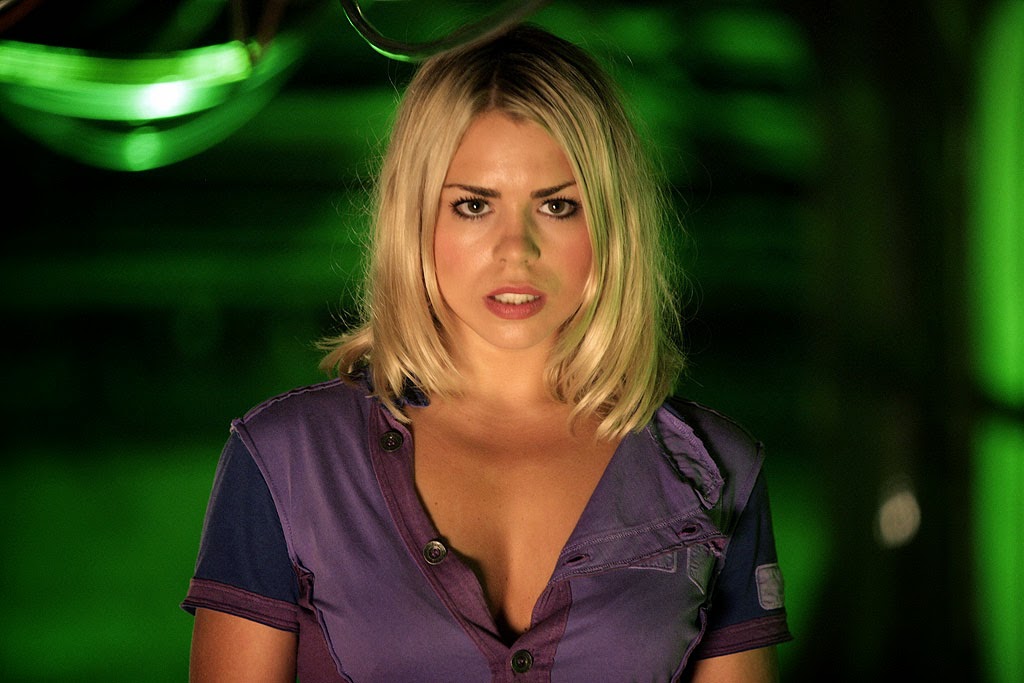 Email ThisBlogThis!Share to TwitterShare to FacebookShare to Pinterest
Labels: doctor who, growing up nerdy, jennifer love hewitt, say anything, the goonies