1993 week continues, you guys! I’m focusing on the Walt Disney Pictures/Caravan version of The Three Musketeers because I thought it was the COOLEST back in 1993. And you know what? I still do.

Disney’s The Three Musketeers doesn’t require you to be familiar with the classic French novel by Alexandre Dumas or of any previous iterations of the story. In fact, if everything you know about The Three Musketeers comes from the wrapper of a Three Musketeers candy bar, you’re good to go, and may actually have a leg up on the producers. It doesn’t really follow the structure of Dumas’ novel at all -- or so I’ve heard, because I’ve never read the thing. Seriously, have you seen that book? It’s a door stop. You could get arrested for throwing it at someone. Plus, it’s like it was written in another language. 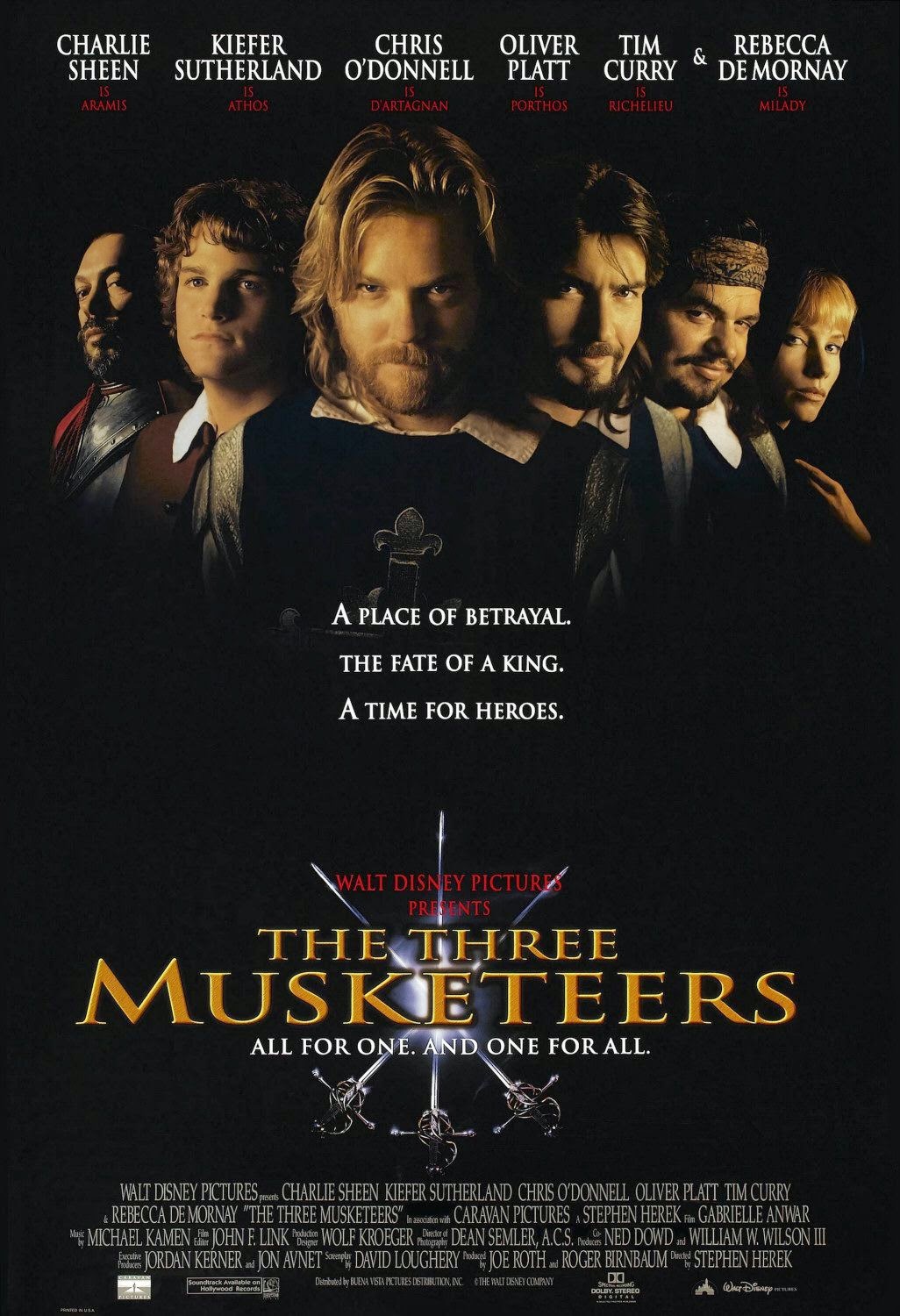 The changes have likely been made to illustrate that this isn’t your father’s Three Musketeers. No sir, this is the sexy version! By casting Kiefer Sutherland, Charlie Sheen, Chris O’Donnell, and Rebecca De Mornay’s cleavage, the film targets a younger audience than previous film versions. This is good casting because Sutherland and Sheen were established draws at the box office and could not have been hotter in 1993. Chris O’Donnell was an up-and-comer who had garnered serious attention the year before with School Ties and Scent of a Woman. Oliver Platt was not the same caliber of star that the other Musketeers were, but he was a strong character actor who came with thespian cred and rounded out the cast of heroes nicely. On the villainous side, Tim Curry turns in a greasy performance as the corrupt Cardinal Richelieu, a man of the cloth with worldly aspirations and lusts. His henchman is Captain Rochefort, played by the gravely-voiced Michael Wincott. Rounding out the supporting cast is Gabrielle Anwar, also from Scent of a Woman, Julie Delpy, and the soon-to-be Eighth Doctor, Paul McGann.

The plot, as near as I can follow in this popcorn film, finds our Three Musketeers (Sutherland, Sheen, and Platt) on the wrong side of the law when they refuse to lay down their swords and relinquish their duty as servants of the crown. Cardinal Richelieu has disbanded the organization in an attempt to amass his own power and pursue power behind the back of the king, and decrees that these three fugitives must be eliminated. Somehow Chris O’Donnell’s D’Artagnan and Rebecca De Mornay’s Milady De Winter get mixed up with our trio as the fight to stop the Cardinal and defend their beloved France from corruption rolls on like a carriage out of control. The plot doesn’t really play a huge role in the movie, in my opinion, and is more of a tool to get us from one action scene to the next. No complaints here. 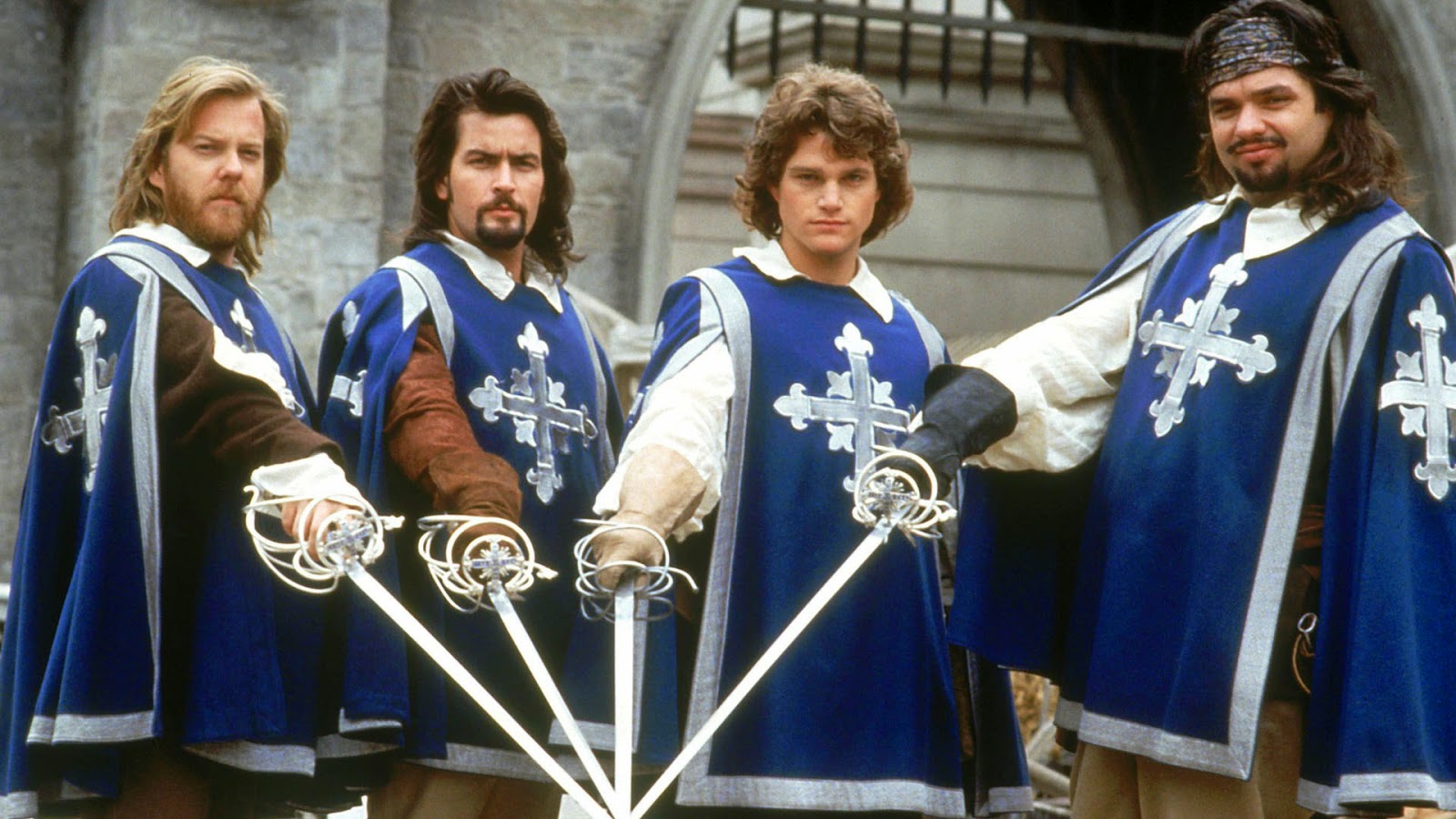 All of this is directed by Stephen Herek, a name I didn’t immediately recognize. When I looked him up on IMDB, though, I was surprised at how many movies Mr. Herek has directed that I enjoy. He started with Critters in 1986 and then moved on to Bill and Ted’s Excellent Adventure in 1989. In 1991 he directed Don’t Tell Mom The Babysitter’s Dead, which he followed with The Mighty Ducks and then the movie we’re discussing here today. Herek got Oscar buzz for Mr. Holland’s Opus (which is shockingly NOT a biopic about ME), and in 2001 directed another movie I have a lot of affection for, Rock Star, with Mark Wahlberg and Jennifer Aniston. Even though his resume has been a little spotty over the last decade, he’s made some admirably diverse choices, and even did a WWE film with Triple H (again, not me). This is a guy I should be following more closely.

The Three Musketeers recaptures some of the affection I’d had for Robin Hood: Prince of Thieves a couple of years earlier, and I don’t think this is an accident. For one thing, Michael Wincott plays essentially the exact same role here that he did in Robin Hood, being the strong-arm and enforcer of our crooked political figure. Another connection is the score composed by Michael Kamen, who also provided the rousing music for Robin Hood, and which can still be heard in quite a few Disney trailers. Brian Adams wrote a song for the closing credits of Robin Hood, and he did the same thing for The Three Musketeers. Both are soft rock and radio friendly. "All for Love" kind of make me want to vomit now, but back then I was pretty sure it was a fantastic song. "All for Love" also featured Sting and Rod Stewart singing with Bryan Adams, making them sort of like the Three Musketeers of mom rock…okay, I did actually just vomit. The song was a huge hit, and made it to number one on the charts. The CD single also went platinum, meaning that it sold over A MILLION COPIES. This happened, people. 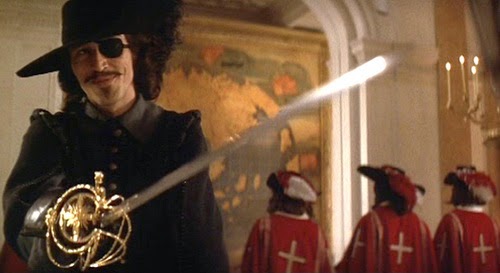 Like Robin Hood: Prince of Thieves, I think The Three Musketeers was intended to serve as a soft action film. What I mean is that there are lots of battle scenes and quite a bit of violence, but most of it is bloodless and innocuous. Of course, that raises a debate about whether bloodless violence is ever really innocuous, but I’ll leave that for others to decide, because I thought it was just great. I was at the perfect age for this movie and it hit me like a ton of bricks. I’d only recently seen Kiefer Sutherland and Charlie Sheen in Young Guns on TV and had been blown away by how cool they both were. I think I’d somehow managed to see Flatliners as well, and that had Kiefer and Oliver Platt in it, so having all these guys in the same movie was unbelievable.

I remember reading a piece of criticism back in the day that called this movie the Brat Pack version of The Three Musketeers in the same way that the Young Guns movies were the Brat Pack version of a western. The comment was not intended as a compliment, and it made me furious; I found it to be really reductive and inaccurate, and I stewed on it for a long time. The fact that I’m bringing it up here is evidence that I still haven’t let it go completely. But here’s the thing: looking back, that’s pretty much exactly what is going on here. In fact, great measures were taken to market this to the teen audience, and by including heartthrobs like Kiefer (who was a staple of magazines like Tiger Beat and all the tabloid rags) and the swoon-worthy Chris O’Donnell, the studio could rest assured that the girls AND the guys would want to come see their movie. 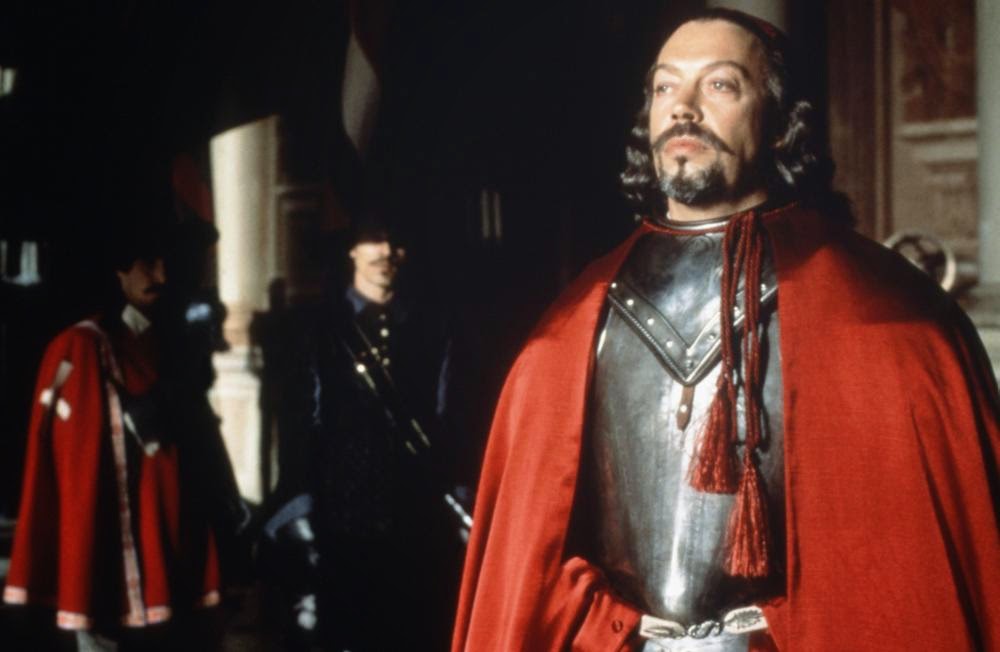 It seems to have worked, because The Three Musketeers was number one at the box office when and went on to be a modest success. I had it on VHS, and then on DVD, and have revisited it fairly often over the years. Like many things from that era, however, it seems to be slowly slipping into obscurity. There is still no Blu-ray, which alarms me, considering that we’re supposedly nearing the end of that medium’s cycle. Though it and many of the other movies from 1993 lie slightly off the beaten path, I’m keeping The Three Musketeers on the list of movies that I refuse to forget.