Here are some great movies to watch this Oscar weekend! 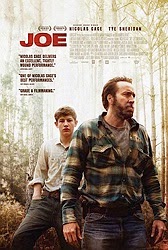 Adam Riske: Joe (2014, dir. David Gordon Green) Joe was unfortunately overlooked when it was released last year and now would be a perfect time for you to catch up with this solid drama from director David Gordon Green. It's the best movie he's made in years and features a great performance by Nicolas Cage, a rarity these days. It's tense and very involving. 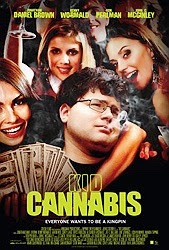 Adam Thas: Kid Cannabis (2014, dir. John Stockwell) Goodfellas with weed. Okay, it isn’t even in the same ballpark as Goodfellas, but it wants to be. The movie follows Nate, a pudgy lower class kid from Idaho who gets the idea to start smuggling weed across the Canadian border. I can’t help thinking that given a bit more money and slightly better actors, this movie would be a lot better. Kid Cannabis has some issues where it takes weird jumps with the plot that makes me wonder if it was because of bad editing or because of a lack of budget. Jonathan Daniel Brown is fine in the movie, but I feel like it could have been a lot better with a stronger lead. There are a lot of movies out there about weed, and most of them are hit or miss. Fortunately I thought this one hit more than it missed. 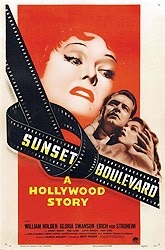 Heath Holland: Sunset Blvd. (1950, dir. Billy Wilder) Millions of people worldwide will be watching the 87th Academy Awards this weekend and discussing what should and should not have won (or been nominated in the first place). The Oscars have always been controversial and criticisms that Hollywood isn't what it used to be are not new. Consider Sunset Boulevard. a scathing (and darkly funny) critique of the film industry as it existed mid-century. In casting that closely imitated reality, Gloria Swanson stars as a former silent movie sensation whose career has declined in the years since sound was introduced into cinema. William Holden plays a screenwriter, and through him we see how murky and convoluted the business of movies had become. The great Billy Wilder co-wrote and directed the film, which was nominated for eleven Oscars and won three. Sunset Boulevard plays on multiple levels: first and foremost, it works as a film, with great acting, writing, and direction. But it also starts a conversation about whether anything has changed in the last 65 years, and is a great inclusion in any Oscar weekend marathon. It's definitely going to be a part of mine. 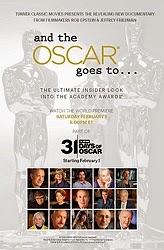 JB: And The Oscar Goes To... (2014, dir. Rob Epstein & Jeffrey Friedman) This is just the thing to get you in the mood for OSCAH! this Sunday night. This film, made with the support of the Academy, is actually pretty darn good, though it takes a few minutes to acclimate oneself to the odd structure the filmmakers have chosen. Wonderful clips and wonderful stories abound. My two favorites are Michael Moore's recounting of his memorable 2003 acceptance speech for Bowling for Columbine and Helen Mirren telling a wonderful tale about her trip back to England after she won for The Queen. Obviously, I could quibble about what has been left out, but with a subject that spans 86 years and thousands of films, it's understandable when some things don't make the final cut. The more times I watch this documentary, the more I like it. 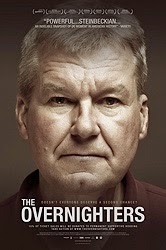 Patrick: The Overnighters (2014, dir. Jesse Moss) If you want a reminder of everything the Oscars got wrong this year, watch Jesse Moss's beautiful, moving, heartbreaking documentary The Overnighters, which is the best documentary of 2014 and wasn't even NOMINATED in the category (either was Life Itself, because no one knows anything). This is a great film that begins as something very universal and of the moment that slowly and surprisingly turns into something entirely different -- something very personal and sad. Ultimately, the Oscar nominations don't matter. It's just a night and a trophy. This is a great movie that will be around forever. Please watch it.
Posted by Patrick Bromley at 5:00 AM