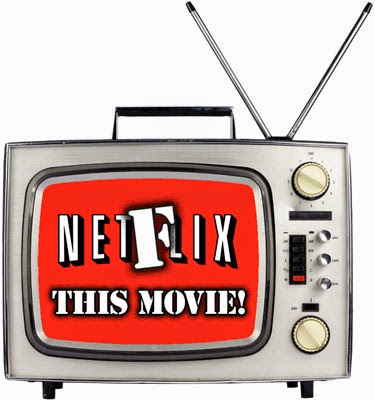 Oh, are you in for some fun this week. 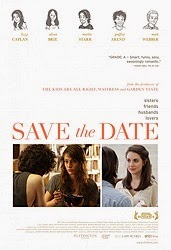 Adam Riske: Save the Date (Michael Mohan, 2013) Chances are you missed this intelligent and entertaining romantic dramedy from a couple of years ago. Now you have no more excuses. It stars Lizzy Caplan and Alison Brie. If you need more reason than that to watch it, we are different people. 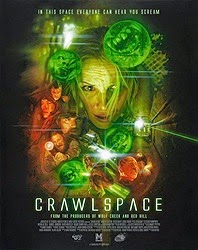 Adam Thas: Crawlspace (2012, Justin Dix) I usually hate movies with psychics. I think that it’s a cheap plot device that is used too often to fill holes in shitty screenplays. However, I’m going to make an exception: If a psychic in a movie at any point uses their abilities to make someone’s head explode, I am okay with said psychic ability. Crawlspace is an Australian action/sci-fi movie that follows a group of Australian Special Forces into a maximum security research facility that has gone silent. It’s got a very “Aliens” feel to it without the high budget and expertise of James Cameron. but as far as sci-fi action movies go, you could do a lot worse. Crawlspace feels very claustrophobic by design but I also wonder if part of it had to do with the budget, as it seems like a majority of the film was shot in a basement. They do manage to fit some good action sequences with just the right amount of violence that it doesn’t go over the top. Crawlspace uses psychics the way they should be: to keep you guessing on the plot and to blow up heads. 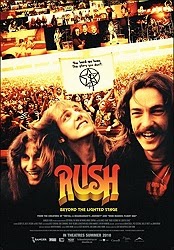 Erich: Rush: Beyond the Lighted Stage (2010; dir. Sam Dunn and Scot McFayden) This film takes me back to my high school days, listening to classic rock bands in my basement room, picking up cheap records from the local shop, transcribing lyrics about pleasure domes and caves of ice onto my history binder. In 1994. Yeah, the '70s missed me by a couple of decades, but no band embodied my time shifted youth like Canadian prog rockers Rush. Beyond the Lighted Stage is in many ways a standard music doc. It follows Geddy Lee, Alex Lifeson, and Neil Peart from their early days in Toronto up until today, with archival footage, music, and talking head interviews with the band and famous musicians they inspired. It's enough to make it a must-watch for any Rush fan, but I think there's something to be gained for even casual viewers. For all their talent, fame, fans, records, and longevity in the music business, Rush has never been "cool." Beyond the Lighted Stage isn't an attempt to rectify this injustice. Rather, it shows that coolness and popularity aren't as important as doing good work and staying true to yourself. One of the best things about being a fan of musicians who aren't "cool" is seeing them last long enough to earn cultural respect. Like Weird Al and They Might Be Giants, Rush is never going to play the Super Bowl halftime show, but they will continue to do what only they can do, making the music they want to make and reaching the people who dig it. I can't think of a more important legacy than that. 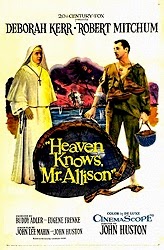 Heath Holland: Heaven Knows, Mr. Allison (1957, dir. John Huston) After writing about how much I've come to appreciate Robert Mitchum this week, I want to recommend one of his movies for you to watch this weekend. Unfortunately, Netflix is seriously lacking when it comes to representing the actor's huge body of work. Of the five titles that they have in which the actor appeared, only four of them are actual movies, and only one of those features Mitchum in the lead role. However, you could do worse than Heaven Knows, Mr. Allison, a 1957 survival movie directed by one of the great directors, John Huston, and starring Mitchum as a marine and Deborah Kerr as a nun, both trying to evade Japanese soldiers on a Pacific island during World War II. Huston steers clear of many of the standard war movie plot devices, moves the story along at a decent pace, and doesn't rely on emotional sentiment to trump logic and realism. Deborah Kerr was nominated for a best actress Oscar and Mitchum, as always, delivers exactly what we expect from him. 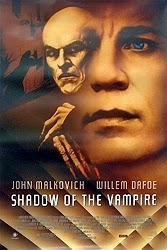 JB: Shadow of the Vampire (2000, dir. E. Elias Merhige) God, I love this movie and its irresistible premise: F.W. Murnau (John Malkovich) is shooting his famous film Nosferatu and hires a real vampire, Max Shreck (Willem Dafoe) to play Count Dracula. Bloody hijinx ensue. This is yet another movie that is worth watching for the supporting cast alone: the inimitable Udo Kier, Cary Elwes, Catherine McCormack, and Eddie Izzard as Gustav Wangenheim. This movie is 91 minutes of creepy wonderful. 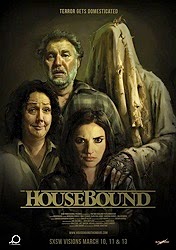 Patrick: Housebound (2014, dir. Gerard Johnstone) I have been shouting the praises of this New Zealand horror comedy since I reviewed it last October. It was my number two horror movie of last year and one of the best horror comedies in a long time. The plot is simple: a petty criminal (Morgana O'Reilly, who is the bomb) is put on house arrest and discovers her childhood home may have some supernatural visitors. This is an incredibly assured first film from director Gerard Johnstone; the humor is deadpan and character-based, the moments of gore perfectly executed and all of the performances pitch-perfect (particularly O'Reilly and Rima Te Wiata as her scatterbrained mum). Netflix is the perfect way to discover a movie like this, as the risk is low but the reward incredibly high. I love Housebound.
Posted by Patrick Bromley at 12:00 PM