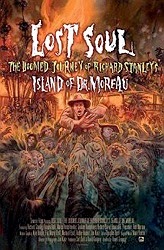 One of the worst movies of the '90s gets an amazing tell-all documentary.

Like 2002's Lost in La Mancha and last year's great Jodorowsky's Dune, the new documentary Lost Soul: The Doomed Journey of Richard Stanley's Island of Doctor Moreau is another glimpse into a movie that could have been but never was. The difference between those movies and this one is that The Island of Dr. Moreau was released; New Line Cinema put it in theaters in 1996 with John Frankenheimer credited as director. That version quickly gained a reputation as one of the worst movies ever made. Lost Soul offers some explanation as to why that is.

I can't exactly remember why, but I know I was really excited to see Dr. Moreau back in '96. Maybe the trailer was great. I'm sure my fascination with monster movies and elaborate creature makeup played a huge role. To say that I was...disappointed...with the end result would be an understatement. I have not returned to the movie since. 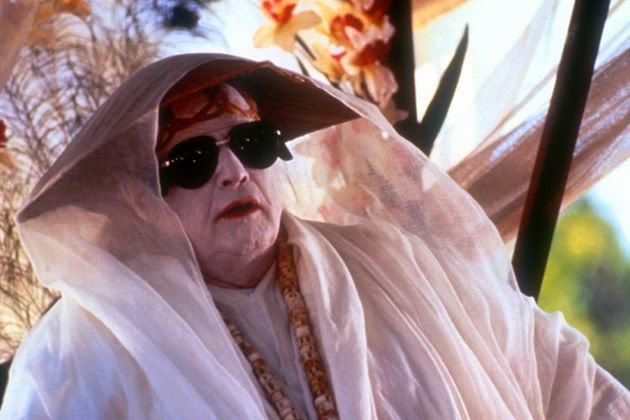 It was supposed to be different. Originally the passion project of 30-year old South African-born director Richard Stanley, who envisioned something small and character based, much closer to H.G. Wells' novel. Though it had previously been adapted twice on film -- first as the great Island of Lost Souls in 1932 and again in 1977 with Burt Lancaster and Michael York, Stanley still felt no one had gotten the story quite right. After four years developing the project, he was hired by New Line to direct a new version based on the success of his two prior genre films, 1990's Hardware and Dust Devil in 1993. Originally set to star Marlon Brando, James Woods and Bruce Willis, the cast eventually changed to include Brando, Val Kilmer and Rob Morrow (the budget grew in the process). Unfortunately, New Line got cold feet about the young director's ability to manage a production of this scale and fired him after only a few days on set.

That's when shit gets completely crazy. Stanley was replaced by John Frankenheimer, a filmmaker in need of a hit who took the job because New Line agreed to pay him a ridiculous amount of money. Rob Morrow quit and was replaced by David Thewlis. Both Kilmer and Brando wreaked absolute havoc on the set; they hated each other and everyone else, behaved badly throughout and made the shoot a miserable hell for everyone involved (prompting Frankenheimer to reportedly quote about Kilmer "They could be making a movie about that guy's life and I still wouldn't fucking cast him!"). Richard Stanley was paid off his full director's fee and was ordered to get on a plane immediately; instead, he went and hid out in the Australian jungle (where the movie was shooting) and eventually snuck back onto set as an extra. You cannot make this stuff up.

Lost Soul is full of fascinating stories like this courtesy of interviews with Stanley, producer Edward R. Pressman, co-star Fairuza Balk, Rob Morrow, Marco Hofschneider and many more. Unlike the other would-be movies mentioned at the top of this review, Lost Soul doesn't offer much of a glimpse at the film that could have been; except for seeing some concept art and hearing Stanley discuss his vision (in a very fast, very monotone speaking style that is distinctly his own), we don't get much of a sense of what his version might have been. And yet even with that little information, we can still safely assume it would have been much better than what was eventually produced, which is a train wreck of epic proportions and a movie with behind-the-scenes stories so terrifying they could frighten off any would-be filmmaker from ever picking up a camera again. 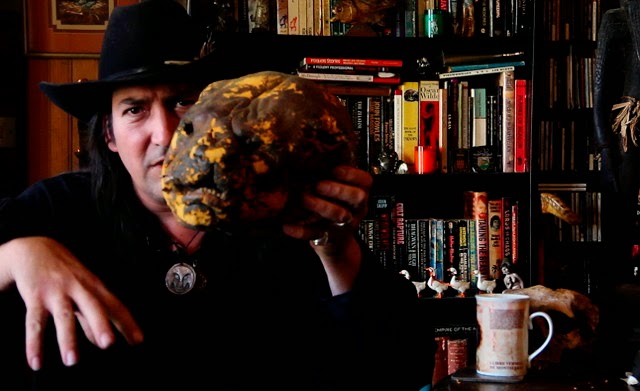 Less a treatise on unrealized potential than it is an autopsy on a movie gone horribly, horribly wrong, Lost Soul is nonetheless required viewing for movie fans for a bunch of reasons. First, it offers a sad portrait of a promising genre voice who was so chewed up and crushed by his studio experience that he hasn't directed another feature since. It's also further evidence of just how hard it is to make a movie -- not just a good movie, but any movie. We can forget that sometimes; when you talk about movies as much as we do and see as many movies that don't work for you, it can be easy to just start pointing out the mistakes that were made or, more cynically, to accuse the filmmakers of just not trying hard enough. Island of Dr. Moreau has more obstacles than most movies -- chief among them being two stars (Brando and Kilmer), who one interview subject posits were on set solely to mess with the film as much as possible -- but still works as a reminder that getting any movie finished is an achievement. Getting Dr. Moreau finished was a fucking miracle.

If nothing else, we should applaud director David Gregory for seeing to it that some good came out of Moreau, even nearly 20 years after the fact. There is something so singular about the perfect storm of disaster that led to the '96 adaptation (including actual storms) that it deserves to have its story told. That the documentary is this entertaining is value added, as there seems to be no end to the insane and amusing anecdotes. I'm sad about what the experience did to Richard Stanley, but remain hopeful that he will someday have the last laugh. Lost Soul is a step in the right direction. It's a great film about a very bad film.

Lost Soul: The Doomed Journey of Richard Stanley's Island of Dr. Moreau is currently available on VOD and iTunes.