The Overlook: My Winnipeg

Haunting, dreamlike, at turns hilarious and disturbing—My Winnipeg may not be for everyone, but then again, what is?

I first saw Guy Maddin's mind-expanding, infuriating, genre-bending documentary at the 2009 Roger Ebert Overlooked Film Festival in Champaign, Illinois. It was my favorite film of that year's festival, a festival entirely comprised of great films. Ebert ranked My Winnipeg as one of the ten best films of the decade. "All killer—no filler" might have been the motto of his festival back then.

I recently re-watched My Winnipeg on the beautiful new Criterion Collection Blu-ray disc and babies, this film is one of the most unusual ever made. In its initial release, Maddin toured with it, performing the voice-over narration live every night in front of the screen. Do you seek the new and unique? You should definitely seek out My Winnipeg. Do you like movies that rely on the tired old tropes of "reality-based stories" or "relatable characters" or "protagonists that don't keep referring to their mothers' crotches"? Then this film may not be for you. 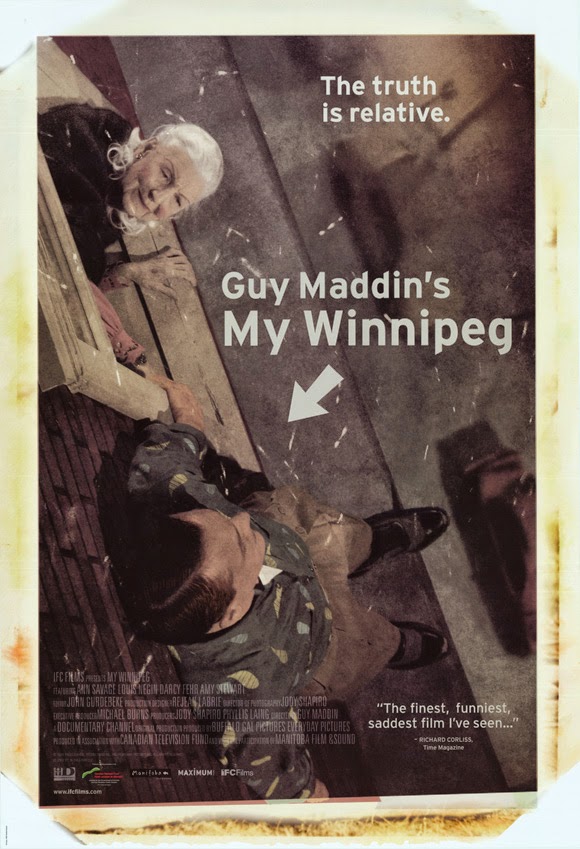 The "Plot" in Brief: With incessant self-spoken narration and a flurry of images redolent of old newsreels, Guy Maddin tells the apocryphal history of his hometown: the frozen hellscape of Winnipeg, Canada. Here are a few highlights:

• Maddin relates an anecdote about an annual citywide scavenger hunt sponsored by the Canadian Pacific Railway. First prize: a one-way ticket out of town.

• We learn that Winnipeg is the sleepwalking capital of the world. Sleepwalkers carry keys to their old homes, and by law must be allowed to stay there if they should happen to return.

• We hear the tale of a racetrack fire that drove horses into the frigid Red River, where, heads tossing above the water in panic, they froze to death. The city turned the scene into a park that became particularly popular with young lovers, who we see walking among the protruding frozen horse heads, holding hands and posing for pictures. This sequence includes some of the film's most haunting imagery (and inspired the drawing on the Criterion Collection packaging.)

• Maddin leases his childhood home and hires actors to re-enact key events from his childhood. Ann Savage, a popular Canadian television actress, plays Maddin's unforgiving mother. If half of what is presented in this section is true, Maddin had a very difficult childhood. These are some of the film's most surreal scenes.

Believe me, these few snippets only scratch the (snowy) surface of the film. 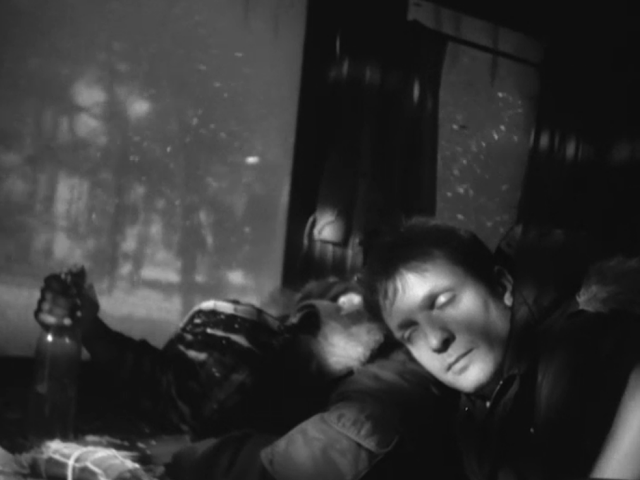 Writer/director Maddin's signature style in My Winnipeg combines dense, expressionistic imagery; a blurring of the line between found footage and re-creation; and an editing rhythm that sometimes becomes an assault on the senses.

David Lynch once famously summarized his film Eraserhead as "a dream of dark and disturbing things." So too is Maddin's film—with an emphasis on dreams. A recurring image is that of Maddin (actually an actor playing Maddin) falling asleep on a train bound for Winnipeg, with narration that takes the tone of an incantation or spell, like haunting memories half-remembered in a half-conscious state. Maddin's film owes something to the dense, impenetrable quality of Lynch's best work, but not quite. There is a sense of humor present in My Winnipeg that carries it a world away from Lynch's ironic detachment. 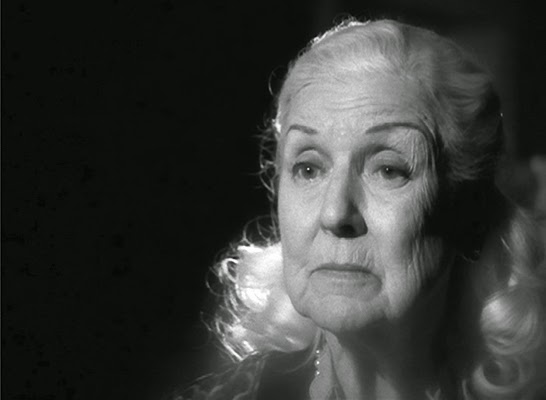 "The forks" is another oft-repeated mantra in the film; the phrase describes both the Y junction of the two rivers that fostered the town's founding and the juncture of Maddin's mother's legs from whence the filmmaker himself sprang. During the course of the film this mantra morphs into "the forks beneath the forks," calling to mind both a fabled local underground tributary, but also the emotional truth that lies beneath all of the supposed facts My Winnipeg purports to reveal. Did I mention that it's also funny?

The personal essay film, as a genre, is becoming increasingly rare. Like Orson Welles's F For Fake, Michael Moore's documentaries, and Errol Morris's best work, My Winnipeg seeks to uncover a truth beyond the truth—the secret history of everything denied by conventional wisdom but whispered about conspiratorially between friends. In My Winnipeg, Maddin treats the viewer as a friend and confidant, someone with whom he can share a beer and talk in hushed tones about "the forks beneath the forks."

For much of its running time, My Winnipeg resembles poetry more than cinema.

The moody, evocative narration is rich with subtext, metaphor, and euphemism (Maddin announces at one point in the film that "everything that happens in [Winnipeg] is a euphemism.") The bizarre, sometimes nightmarish, iconography that Maddin uses to visually represent Winnipeg takes on the imagistic sweep of an epic poem; dream melds with reality, idea manifests as image, and the storyteller is at once friend, magician, and psychiatric patient. 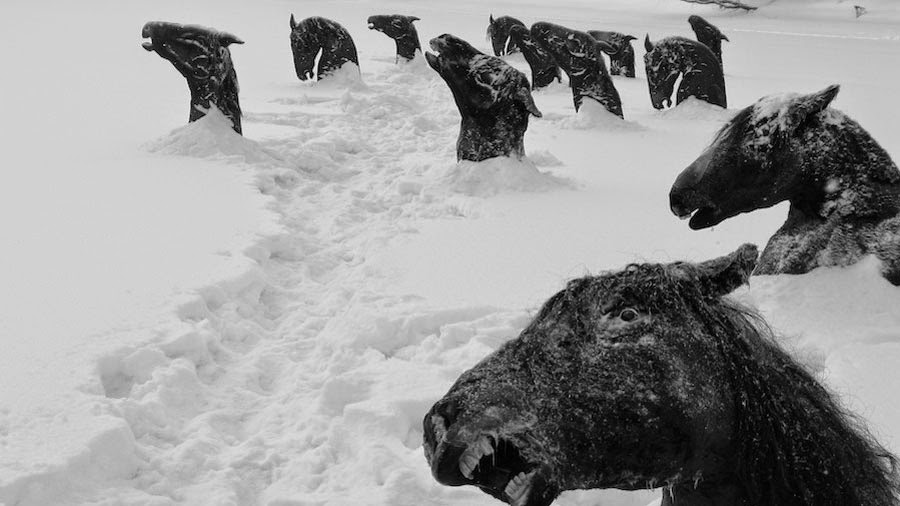 CONCLUSION: My Winnipeg is one of the god-damnedest things ever made. It defies description (although I've just spent 870 words trying my best.) In the end, writing about this film... is like dancing about architecture.

The forks... and the forks beneath the forks... are worth a visit, my little sleepwalking babies. My Winnipeg is now available on Criterion Collection DVD and Blu-ray.
Posted by Patrick Bromley at 5:00 AM

Email ThisBlogThis!Share to TwitterShare to FacebookShare to Pinterest
Labels: documentaries, guy madden, my winnipeg, the overlook