24 Hours of Movies: Counting Up! 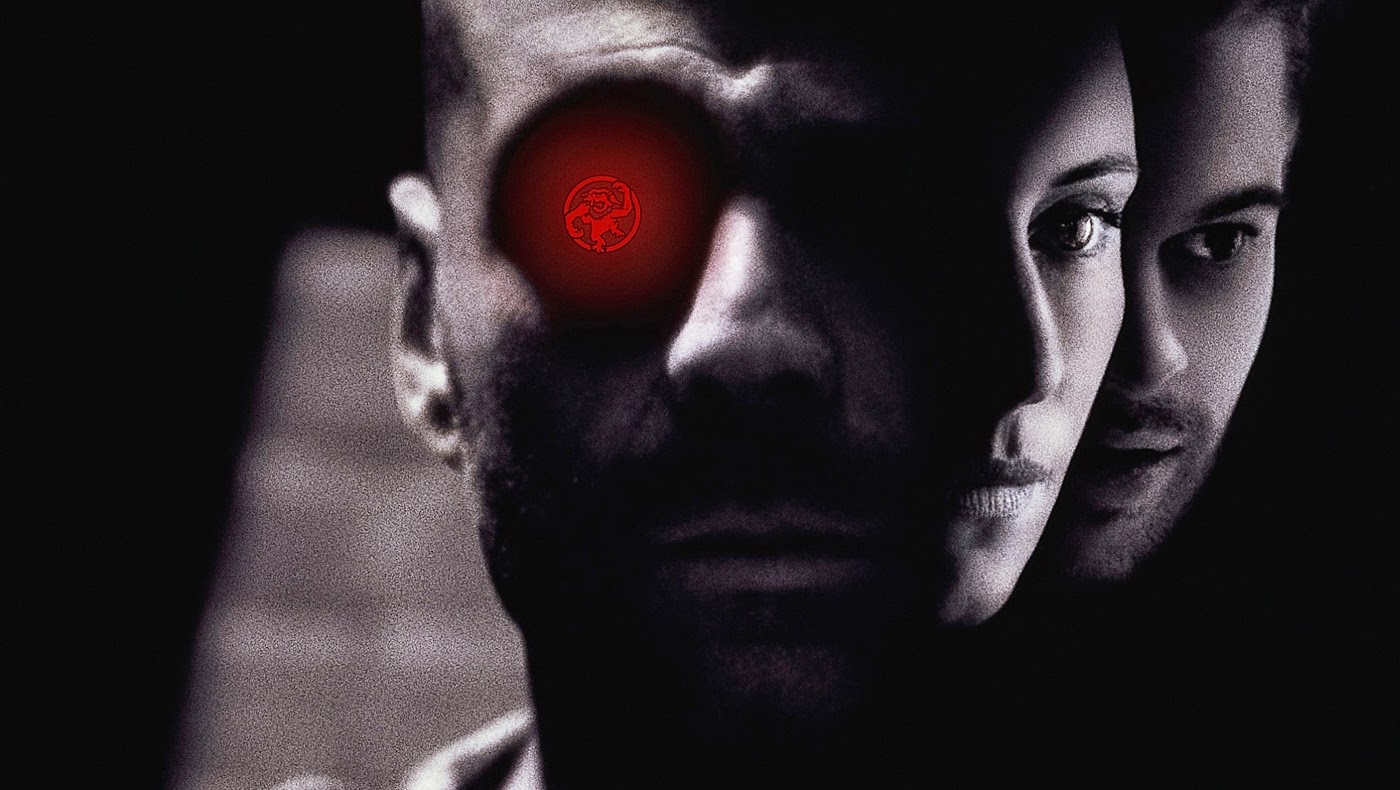 The last 24-hour marathon is here!

The theme for this marathon was suggested by Brett Lashuay on Twitter (@greyweirdo) (and Brent Peterson!). Thanks, Brett! (And Brent!)

Well, after a month of planning several different hypothetical 24-hour movie marathons, I'm ending it with the most unconventional lineup yet. By "unconventional" I don't mean that the choices are completely off the wall -- to the contrary, they're actually some of the best-known and most well-respected movies I've programmed into one of these things yet. But anyone who has been reading these columns all month has seen that I fall into a formula when ordering the lineups, and the restrictions put on me by this theme didn't allow for some of my regular tendencies. Because of that, I tried to take some chances and pick movies I haven't seen. Hopefully that doesn't blow up in my face. I'm looking at you, Roy Scheider!

Thanks to everyone who suggested a theme, even if I wasn't able to use it. And thanks to everyone who has taken the time to read these columns this month. Maybe I'll bring it back every once in a while throughout the year. I don't know. It's been a lot of fun. I hope some of you enjoyed it.

Without further ado, let's COUNT TO 12! 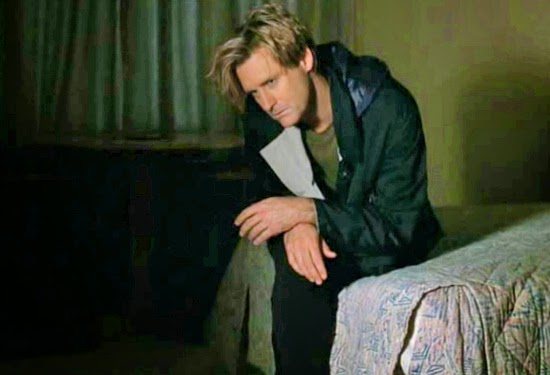 I really, really love this movie, which I maintain is one of the most underrated films of the '90s and features the best performance Bill Pullman has ever given. While he's done some good work (especially on TV), writer/director Jake Kasdan has never come close to being as good as he is in his first feature. This is a great mystery, an even better character piece and the introduction to a world I would gladly revisit over and over again (there was an attempt to turn the movie into a TV show, but that never took off; I'll hold out hope for a It's a bit of a slow burn to start, but it's so offbeat and original that it won't matter. 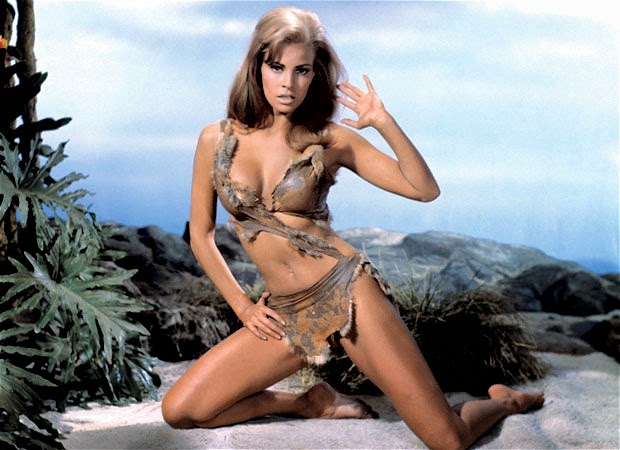 The first of many movies in the lineup that I've never seen. I'm assuming I don't need to explain why I'm programming this one. 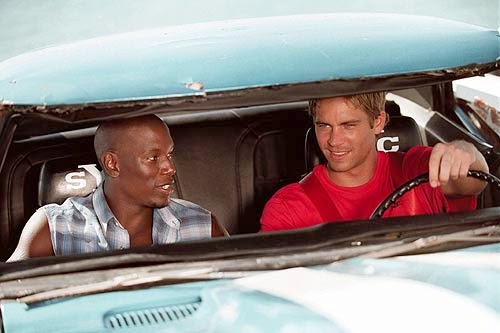 Yes, to many people this is the dumbest entry in an already dumb franchise. That's part of why I have grown to love it. More buddy movie than racing movie, this one has colorful Miami photography, Eva Mendes, the introduction of Roman (Tyrese Gibson) into the F&F canon and the most gleefully dopey dialogue of all six entries I've seen. With Furious 7 just days away from release, it will be fun (and sad) to revisit one of the most Paul Walker-heavy films before having to say farewell to him for good. 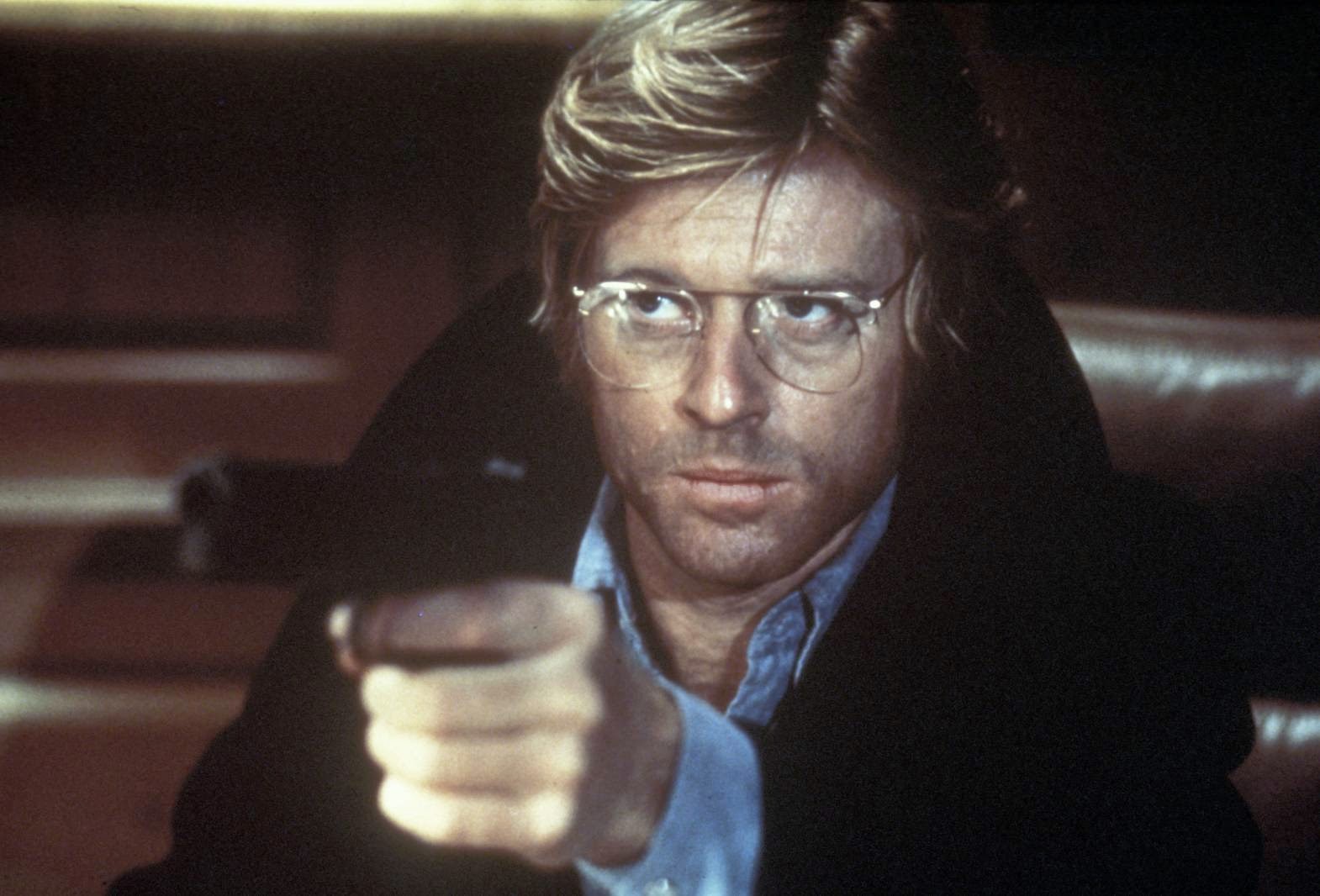 Another first time viewing! Sydney Pollack directs Robert Redford in a paranoid political thriller. So it's pretty much the '70s in a single movie. This is one of those titles I've known my whole life but never actually seen, so this will be a fun way to experience for the first time. I hope. 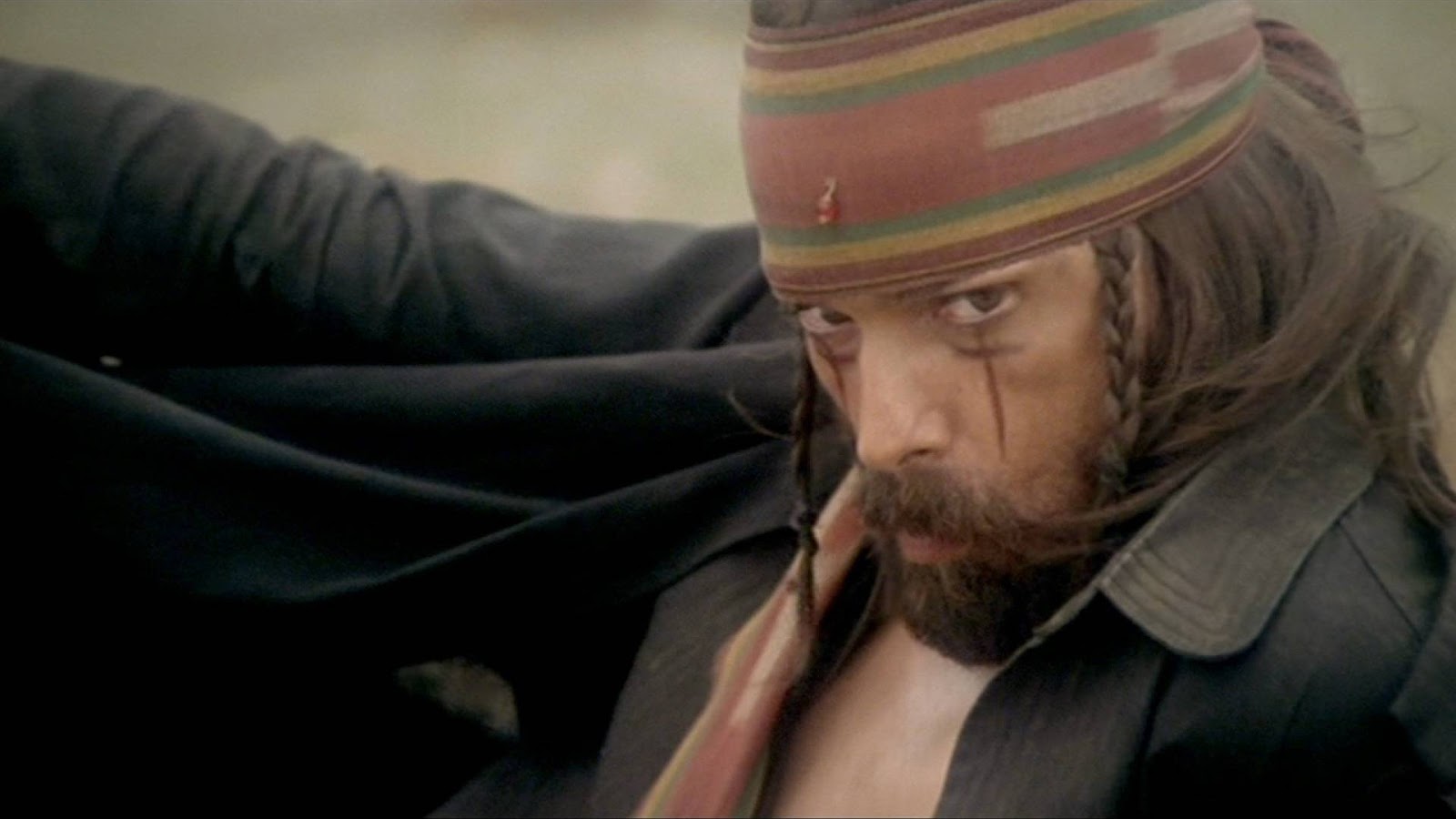 JB just wrote a piece denouncing this Lucio Fulci western (link above), but I dig it. Maybe it's because I'm so in the bag for Fabio Testi or maybe it's because I like seeing Fulci do something that doesn't involve eyeballs exploding or brains being pulled out of skulls. It has a nasty, violent quality to it even when it's not being nasty or violent, and while I won't disagree with JB's criticisms that the movie is crudely made, it doesn't bother me. Fulci stumbles onto interesting cinema by accident. Plus, we're not going to get a Fulci in later so at least he's making an appearance somewhere in the lineup. 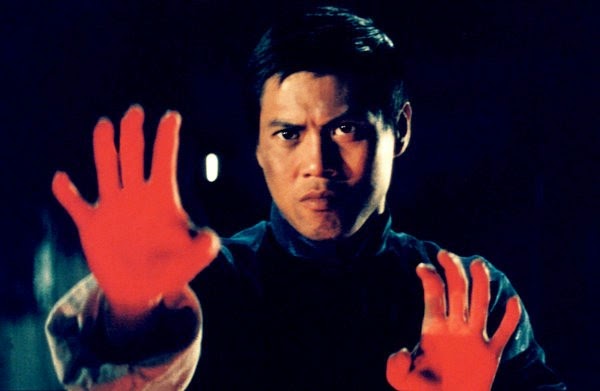 Never seen it! Somehow I've managed to program a bunch of these 24-hour marathons and haven't yet included a single kung fu film. That ends now! Mark Ahn will be happy. This comes right in the middle of an exploitation-heavy stretch -- a spaghetti western before it and '80s horror right after it. Would I prefer that it come overnight? Of course, but I'm a slave to where the numbers fall. A slave I say! 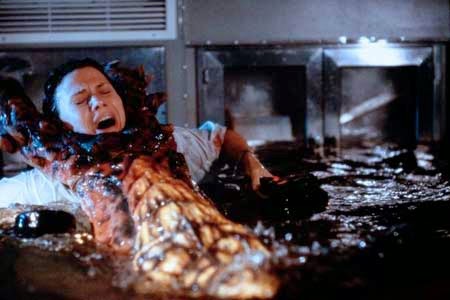 The Deep Impact to the Armageddon that was Leviathan, this lesser-known (and less successful) underwater Alien rip-off boasts a less impressive cast (apologies to Greg Evigan) and a way less cool monster. It's still fun in that trashy '80s monster movie way. While it wouldn't work at noon, it's perfect for 10 p.m. 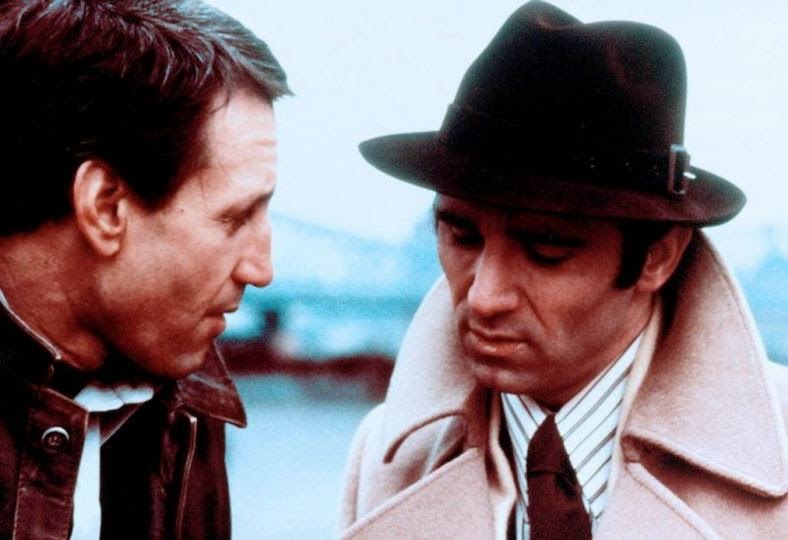 Here's another movie I've never seen, but seeing as it's a '70s cop movie and stars Roy Scheider, I'm confident it will be great. This overnight stretch is completely different from any of the past marathons, again because of what movies are possible according to the theme. Despite being programmed at such a late hour, I'm not worried about falling asleep for this one. 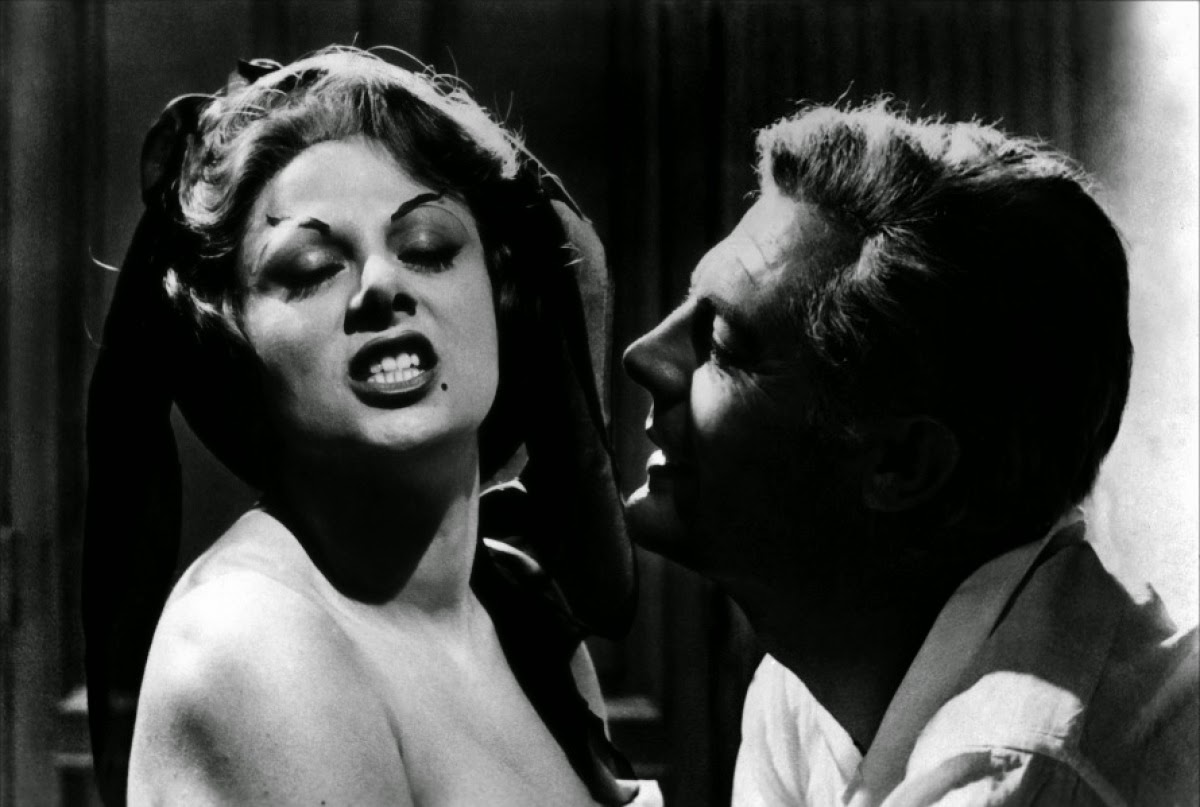 So the 2 a.m. slot traditionally goes to Italian horror. I couldn't find one with an 8 in the title, so I'm opting to go with a different Italian movie. I suspect this would be a disaster at 2 a.m. (and not just because of the subtitles), but I'm trying to change things up for this final marathon. I've never seen this one either. I KNOW. 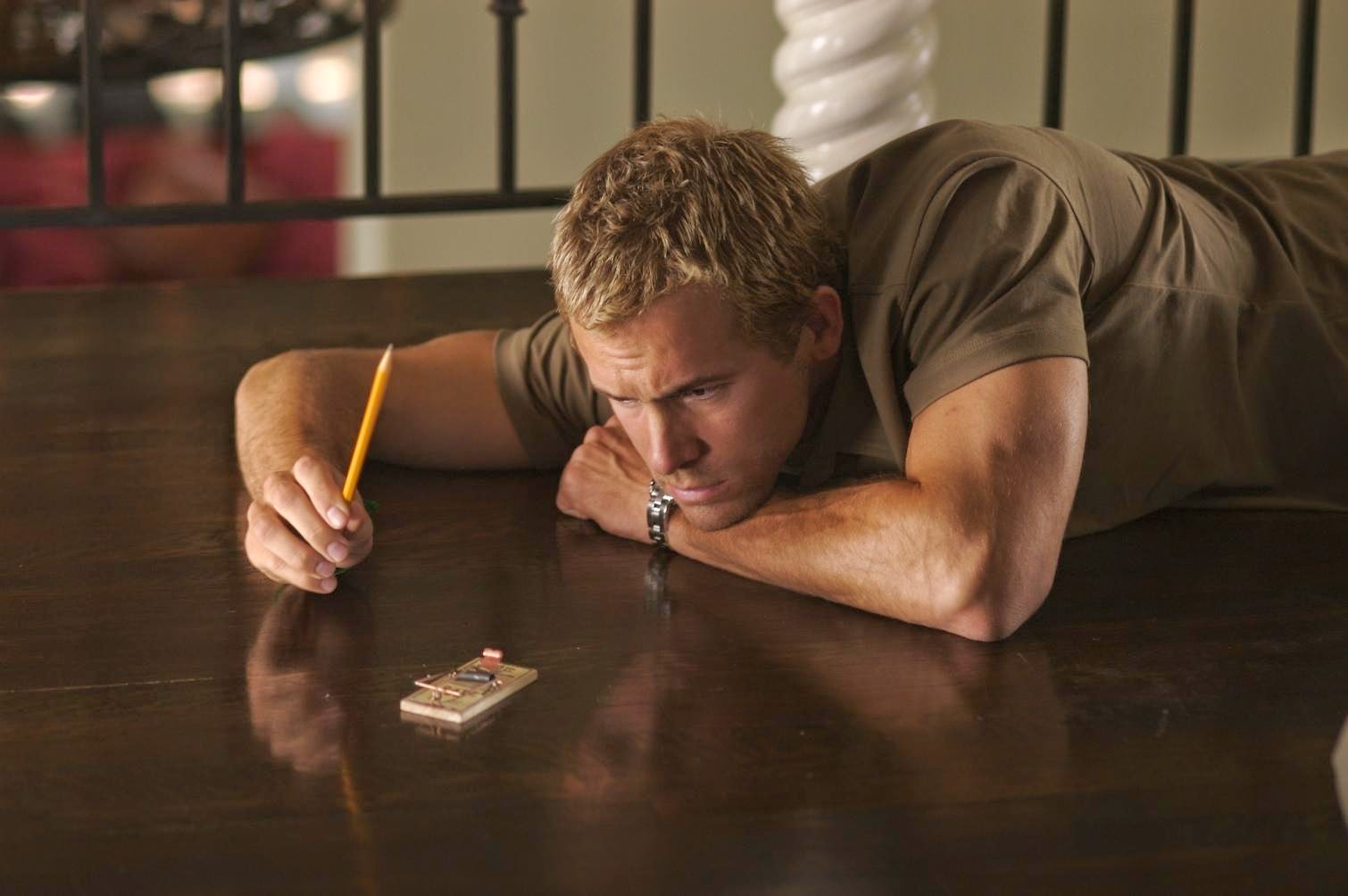 Sure, I could have programmed Argento's Cat o' Nine Tails here to make up for missing the 2 a.m. slot, but a) it's too late for that and b) then I couldn't watch The Nines, a movie I really, really like. Ryan Reynolds plays three different but tightly related characters in three different but tightly related stories that go to fascinating places. Melissa McCarthy is great in a dramatic role, too. More people need to see this one, which starts off funny and interesting and eventually turns mind blowing. It's not the usual heavy genre fare, but it's trippy enough to work overnight. 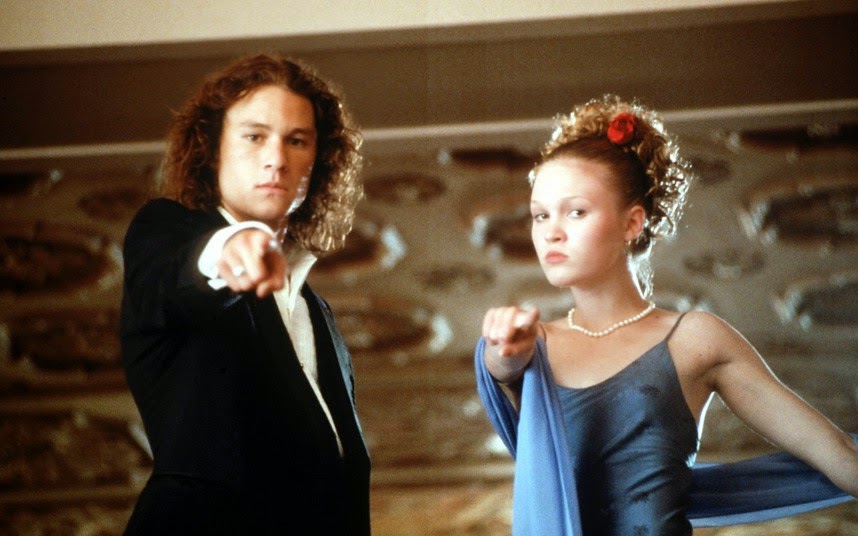 I'm on record as being a big fan of this movie, which I think is one of the best of the teen movie renaissance that took place in the late '90s and early 2000s. It's quirky and funny and features a couple of great performances from the young leads; as I've said before, this one more than any other movie makes me sad about the tragic loss of Heath Ledger. It will make a good early morning pick me up and send us into the home stretch full of renewed energy. 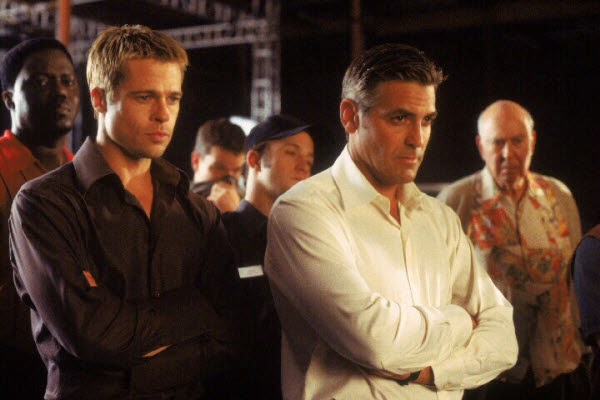 What a goddamn delight this movie is. The cast is amazing and Steven Soderbergh's direction effortlessly cool. Yes, it's a bit self-satisfied (this would become a bigger issue in the sequels), but it's so fun and entertaining that it's impossible for me to notice. This is the kind of movie that always sounds great on paper and then sucks in execution, so credit to everyone involved for making a movie that lives up to -- dare I say exceeds -- its own promise. 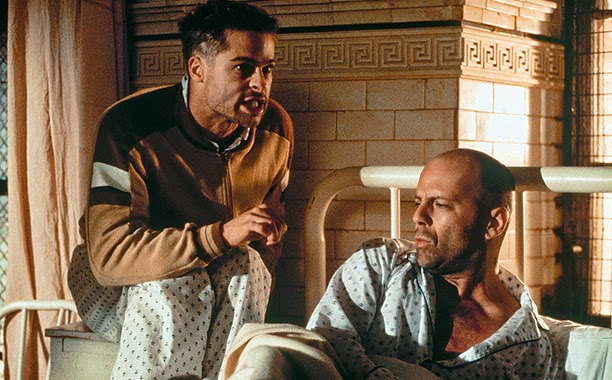 And we wrap it all up with Terry Gilliam's crazy dystopian sci-fi brain melter, because after a month of 24-hour marathons we, too, won't know what year we're in, what's real and what's not and whether or not Brad Pitt is there just to fuck with us.

Thanks, everyone! Let's get some sleep.
Posted by Patrick Bromley at 5:00 AM