8 Movies Better Than The Boondock Saints 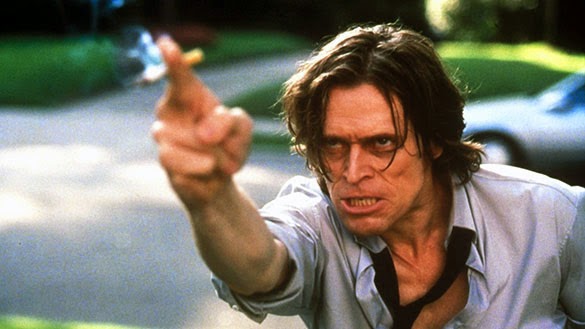 Let's be honest -- there are THOUSANDS of movies better than The Boondock Saints. But today is St. Patrick's Day, and if you're tempted to watch "something Irish," please skip Troy Duffy's magnum opus (more like "magdumb doofus," amIright?). Instead, watch one of these eight other Irish-themed films.

A truly magical little movie from writer/director John Carney, filmed entirely in (and around) Dublin for only $150,000[!]. Light years better than Begin Again (2013) (though you can't blame a movie for trying), Once captures lightning in a bottle -- the performances genuine, the story simple (yet captivating) and the music ... well, the music is simply transcendent. In fact, the song "Falling Slowly," heart-achingly sung by "Guy" (Glen Hansard) and "Girl" (Markéta Irglová), won the 2007 Academy Award for Best Original Song, even after its eligibility was questioned (versions of the song had been released on The Frames' The Cost and The Swell Season's self-titled first album [both bands are fronted by Hansard], a big Academy no-no). This is one of my favorite films of the first decade of the 21st century. Writer/director (and later handsome leading-man Lothario) Edward Burns' very first feature, shot guerilla-style (much like Once, above) in Long Island, follows three Irish Catholic brothers as they bloviate about love, sex, religion and family. It's basically Burns aping Woody Allen, only substituting his Irish Catholic roots for Allen's Jewish heritage. The movie is rough -- this is to be expected from any "first" directing effort -- but it's also charming and (DARE I SAY?) inspiring. I really miss the days of 16mm movies made for only $28,000 (basically, the cost of stock and processing [see also: Clerks]) that launched moviemaking careers. Also B.M.C. (as Patrick and I affectionately call it) introduced the world to Maxine Bahns, a very pretty outer space alien (with, unfortunately, limited acting range). So it's got that going for it. 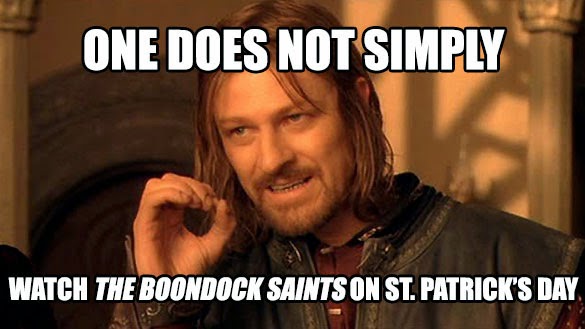 I'm a fan of the Jack Ryan series of films, and I still haven't stopped thanking Mike Pomaro for buying me "The Jack Ryan 3 Pack" (consisting of The Hunt for Red October [1990], Patriot Games [1992] and Clear and Present Danger [1994]) for my birthday in 2007. THANKS AGAIN MIKE! Is this the most Irish-insulting film on this list? Perhaps. But that doesn't mean it's not also kind of awesome. Retired CIA analyst Jack Ryan (this time played by Harrison Ford) interferes with an IRA assassination, killing one of the attackers. The older brother of the deceased, Sean Miller (the great Sean Bean), vows revenge, and gets his renegade Provisional Irish Republican Army to hunt down Ryan. So, yeah, it's not exactly a flattering picture of Irish culture or their numerous contributions to society. But hey! How 'bout those accents?

Why isn't this just a list about how great Brendan Gleeson is? Because he is. Great. And this little black comedy, from writer/director John Michael McDonagh, is a delight. It's also the most successful Irish film of all time in terms of Irish box-office receipts, overtaking The Wind that Shakes the Barley (2006), which is perhaps the most Irish-sounding title on the planet. Fair warning: if you're anything like me (YOU ARE EXACTLY LIKE ME), you probably have to be in the right frame of mind before you watch it (I must've had three or four "false starts" [bailing each time] before I finally committed to it). But I'm glad I did, because it's a warm, profane, violent, funny movie. Also, Don Cheadle.

This one's a no-brainer. Director Martin Scorsese tackles Irish-American organized crime in South Boston, and, for his efforts (and partly as a mea culpa for previously being snubbed for Raging Bull [1980] and Goodfellas [1990]), he received his long overdue Best Director statuette at the 79th Academy Awards. The movie won three other Oscars that night, too, including Best Picture, Best Adapted Screenplay and Best Film Editing. With an all-star cast consisting of Leonardo DiCaprio, Matt Damon, Jack Nicholson, Mark Wahlberg, Martin Sheen, Vera Farmiga and Alec Baldwin, The Departed is a must-see film, and, in my opinion, far better than Scorsese's other Irish crime movie, Gangs of New York (2002).

John Ford. John Wayne. Maureen O'Hara. C'mon guys, what more reason do you need? American boxer Sean Thornton (Wayne) goes to Ireland to claim his family's farm. There, he falls in love with a fiery redhead named Mary Kate Danaher (O'Hara), and has one of the best fistfights (climactic and comic) to ever grace the silver screen with her brother, Squire "Red" Will Danaher (Victor McLaglen). It's crazy to think that this classic almost never got made. When Ford pitched the idea to Hollywood producers, he was told it was a "silly Irish story that won't make a penny." Thankfully, The Quiet Man went on to become a commercial and critical success. 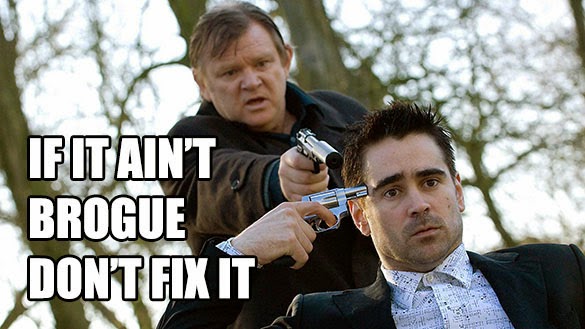 Guys, remember when I said that Brendan Gleeson was the best? Here, he's paired with Colin Farrell (giving a really solid performance) as two Irish hitmen on the lam ... in Bruges (GET IT?). Ray (Farrell) accidently killed a young boy during one of his jobs, so he and his partner (Gleeson) are sent to the Belgian city while their boss, Ralph Fiennes, figures out what to do. Sure, it doesn't have the lush, Irish landscapes that makes The Quiet Man so stunning (In Bruges, while beautiful in its own right, takes place during winter). But the movie is filled with GUILT and REDEMPTION, two truly Irish hallmarks. 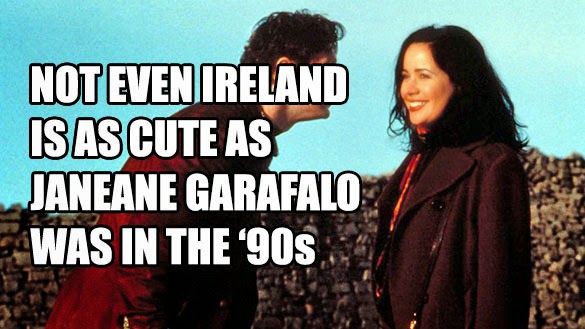 Even this Ireland-set romantic comedy starring Janeane Garofalo is better than The Boondock Saints. And this movie is not very good!
Posted by Patrick Bromley at 12:00 PM