Off the Shelf: The Quiet Gun (Blu-ray) 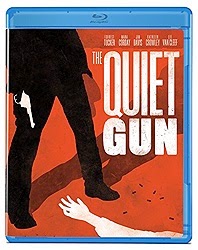 A little-seen western that's very much worth your time.

The western, like the horror film, is a genre that runs so deep that it's possible to constantly be surprised even after one has caught up on the established classics. A couple times a year I stumble across a new one -- usually something low-budget or offbeat -- that I've never seen or in some cases never even heard of and am pleasantly surprised. That's what happened with the 1957 western The Quiet Gun, a movie I might have ever known about if not for the new Blu-ray from Olive Films. 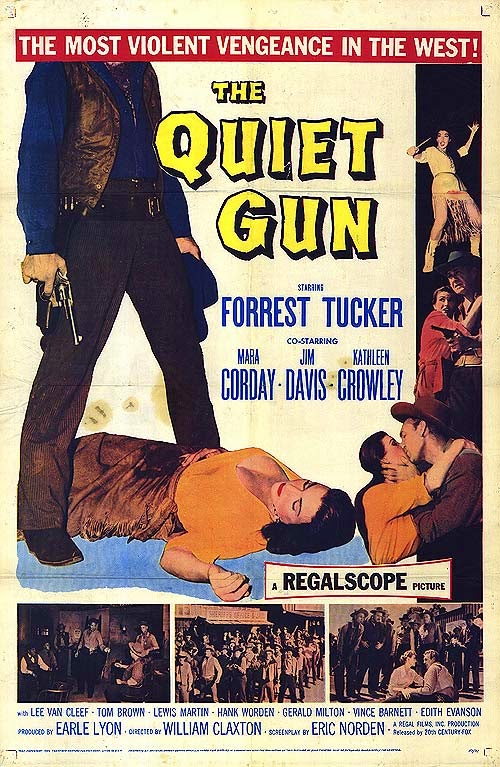 Forrest Tucker plays Sheriff Carl Brandon, who finds himself at the center of a dispute between the town over which he presides and a rancher named Ralph Carpenter (Jim Davis), who has taken up with an underage Native American girl (played by Mara Corday, who is not Native American). The people are outraged at what they perceive is going on, but when several members of the community take it upon themselves to confront Carpenter, blood is shed. Sheriff Brandon, who has personal history with Carpenter (the two were once friends) and who has tried to stay out of the dispute for as long as possible, no longer has a choice and has to get involved. More blood will be shed before it's over.

File The Quiet Gun under Another Movie Olive Films Have Rescued from Obscurity, as this is a movie of which I was completely unaware despite the fact that it's completely terrific. Lee Van Cleef is being used as one of the big selling points, and I get it -- who isn't excited at the prospect of seeing Lee Van Cleef in a western? But the truth is that he's not in the movie that much, and he's certainly not a huge factor in its success (he is still great as always). That's due more to the screenplay by Eric Norden or the novel Law Man by Lauran Paine on which the script is based. It's due to the tight, tough direction by William F. Claxton (who would go on to direct Night of the Lepus, because they can't all be winners), and the striking black and white widescreen photography John Mescall, which, it should be noted, looks incredible on the Blu-ray. 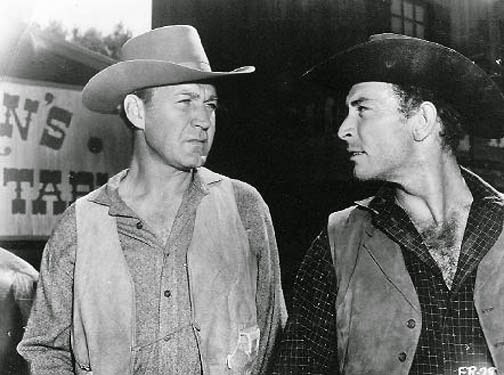 But the biggest contributor to The Quiet Gun's excellence is Forrest Tucker, who between this movie and Barquero (another criminally underrated western I've recently seen, which also happens to feature Lee Van Cleef) has quickly become one of my new favorite character actors. Though he's probably best known for F-Troop -- a show I've never seen -- Tucker is SO great in The Quiet Gun that it's a shame he didn't have a bigger career as a leading man. He's got some of John Wayne's imposing stature, Gary Cooper's principles and the world-weary badassery of Robert Mitchum. He's such a great western character, the law man who believes in doing the right thing but who won't suffer the righteousness of the "good" people around him with their judgment and hysteria. He has an edge to him, but he's not the typical western antihero either. Tucker's performance -- and much of The Quiet Gun, actually -- acts as a bridge between the traditional post-war American western and the darker, more violent ones that would appear in the next decade.

The Quiet Gun plays a lot like High Noon for people who find High Noon to be a bit too square. It exists in a much more ambiguous, grey area than that film; there are black hats and white hats, sure, but also steps in between. As a fan of black and white '50s westerns who doesn't always have the patience for Fordian traditionalism, the movie is a breath of fresh air. What a great discovery this is.