Off the Shelf: Without a Clue (Blu-ray) 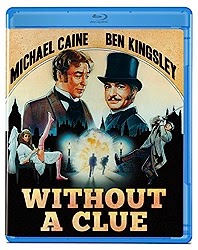 Why is this movie not talked about more?

There is no shortage of movies about Sherlock Holmes. I'm sure there are famous fictional characters who have been portrayed more times on screen, but at the moment I'm hard pressed to think of one; as of this writing, there are around 50 feature films based on the exploits of the world's greatest detective. I have seen a handful -- less than half, I'm sure -- and it seems like the ones I enjoy most are those that defy our expectations or which attempt to subvert the legend. They're movies like Billy Wilder's famously compromised The Private Life of Sherlock Holmes, or the Nicholas Meyer-penned The Seven Percent Solution or the 1988 comedy Without a Clue, newly available on Blu-ray from Olive Films.

Michael Caine plays the great Sherlock Holmes and Ben Kingsley his faithful assistant Watson, this time working on a case that involves stolen bank note printing plates that threaten to destroy the entirety of the British economy. The radical idea introduced by Without a Clue is that Watson is the true crime solving genius; he created Holmes as a character he would write about to solve mysteries during his days studying to become a doctor. When the public kept asking to see Holmes in person, Watson hired actor Reginald Kinkaid (Caine), a drunk and an egomaniac, to play the part. After years of watching Kinkaid/Holmes get all the credit for Watson's brilliance -- and more than a bit fed up with Kincaid's antics -- Watson is ready to call it quits and go his own way. And with that, the stage is set for the pair's greatest adventure yet... 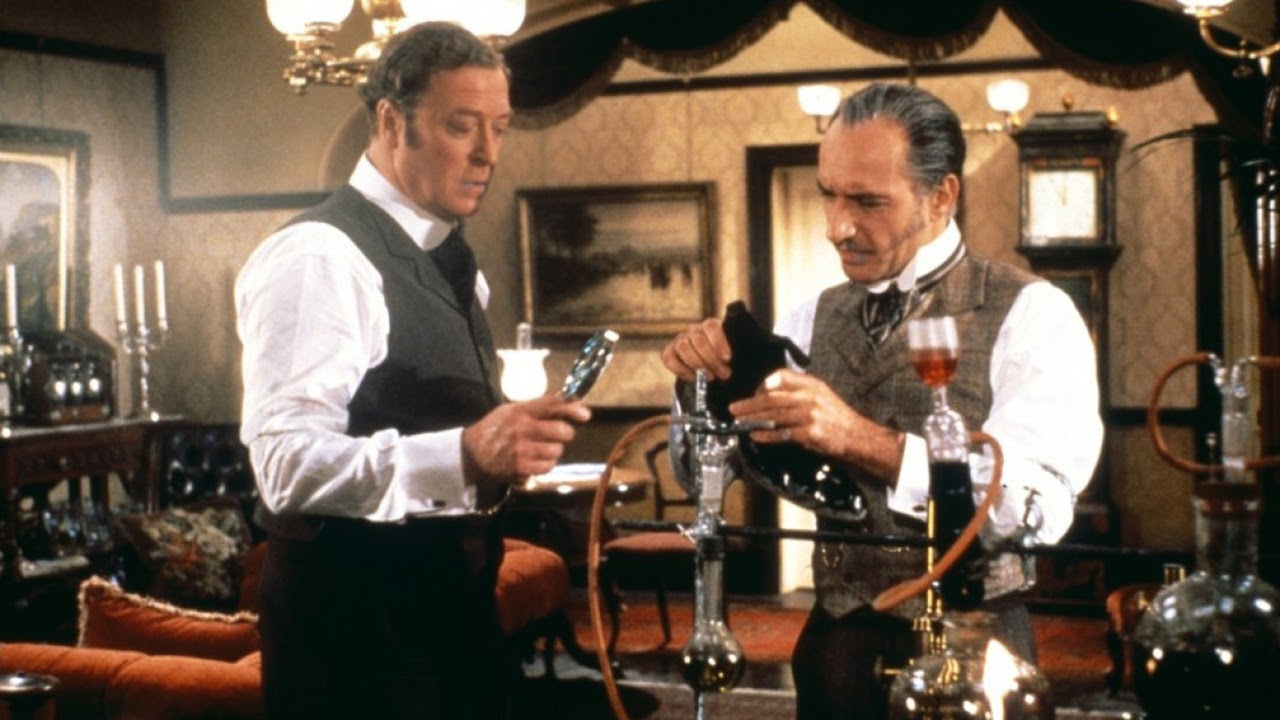 I remember walking to my local second-run theater to see a double bill of High Spirits and Without a Clue back in late 1988 or early 1989. It was a single $1.50 admission, so I never passed on a double feature regardless of what the movies were; I knew nothing about either film except that they were PG and I would be admitted, which was all I needed to know (at the time, I think Steve Guttenberg was the most recognizable star in either film to me, probably because I had seen Police Academy 2: Their First Assignment so many times on HBO). I would have been only about 11 years old, meaning I couldn't have appreciated the cleverness of Without a Clue's screenplay or the way it upended certain tropes, the richness of detail of the production design, the bench of recognizable character actors or the film's themes of a basic human need for levels of reality -- our desire to create fictions as a way of interacting with the world. And, yet, even as an awkard 11-year old, something about the movie spoke to me. While the first film on that Sunday afternoon's double bill had things that I was into (ghosts, haunted mansions) and actors I recognized (Guttenberg, Daryl Hannah), it was Without a Clue that I greatly preferred. Such is the power of a good story, well told.

What I didn't realize back then -- and wouldn't until years later -- is that Without a Clue was directed by the great Thom Eberhardt. It shouldn't surprise me, as he has a knack for subverting and deconstructing pop genres. The Night Before pulls the rug out from under the '80s teen movie by making a comedy about high schoolers going to the prom but which never shows the prom, turns the most popular girl into a prostitute and makes its hero unable to remember anything that happened. Night of the Comet, a movie for which I have professed undying love, subverts the teen movie, the zombie movie, the post-apocalyptic thriller -- you name it. Without a Clue continues that tradition of working in a familiar, well-established genre but finding ways to upend our expectations. 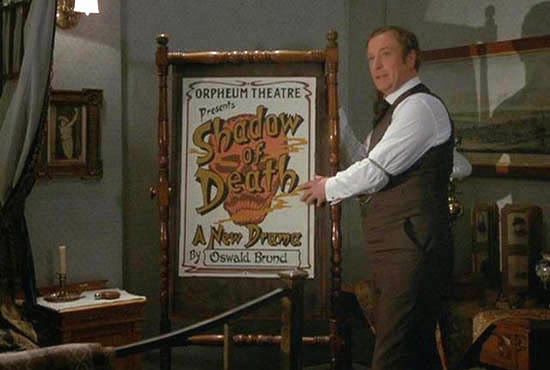 As a comedy, the movie is more clever than belly-laugh funny, usually at its most uneasy when indulging in slapstick. But cleverness suits it well; as it's a movie about formidably intelligent characters, it's not the sort of thing that could suddenly expect its cast to bump into things and fall down. Even Michael Caine's character, who at times is made to be a bit of a stooge, possesses a kind of street smarts lacking in everyone else -- he's a guy who, despite his flaws, is in touch with the way the world really works. His interplay with Kingsley is supremely enjoyable, as it's fun to watch two respected English actors of their caliber cut loose and get silly (bear in mind that this was made in 1988; since then, both actors have done plenty of silly comedic parts, few of them as good as these). The central mystery isn't as compelling as some of Sir Arthur Conan Doyle's best, but that's asking a lot. Besides, it's a hell of a lot better than the one found in Guy Ritchie's incredibly popular Sherlock Holmes from a few years back. That's a movie without a mystery.

Without a Clue has just enough of a mystery to keep us hooked, but that's not really where the movie's interests lie. It's more of a character piece about a faker learning to becoming that which he is faking and a writer who must learn that giving life to his fictions means ceding control of them. It is, in some ways, a movie about filmmaking itself -- about creating, in the words of Christine Baranski in Bowfinger, a "beautiful lie." Without a Clue isn't looking to take the piss out of Sherlock Holmes; on the contrary, it loves the character. It's merely providing an alternate take on one of the most famous characters in all of literature, breathing new life into him in the process. Here's hoping the new DVD and Blu-ray release helps people rediscover this movie. 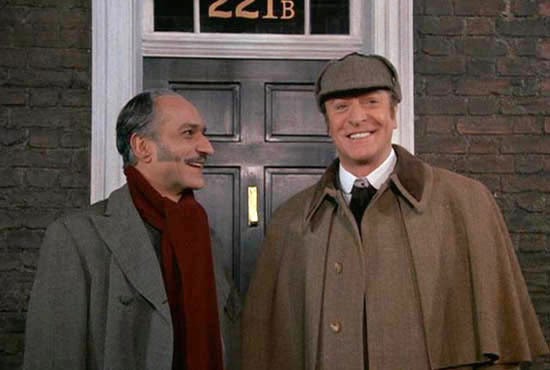 Buy Without a Clue from Olive Films here
Posted by Patrick Bromley at 12:00 PM