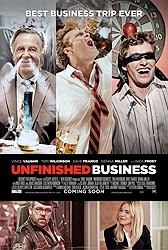 Early into Unfinished Business, I sent Patrick a text message. It read “I’m 15 minutes into Unfinished Business...I want to jump off a mountain.” At times this movie is so bad it’s almost like a personal affront by the filmmakers on the audience. It’s a terrible movie – boring and without a single laugh. There’s nothing worse than sitting in a theater watching a comedy where every joke dies on screen. It’s a depressing experience. I watched this movie feeling bad for everyone involved. I wish I could have walked out of Unfinished Business.

A small-business owner (Vince Vaughn) and his two associates (Tom Wilkinson and Dave Franco) travel to Germany to close a crucial deal for their fledgling company. Mayhem ensues. 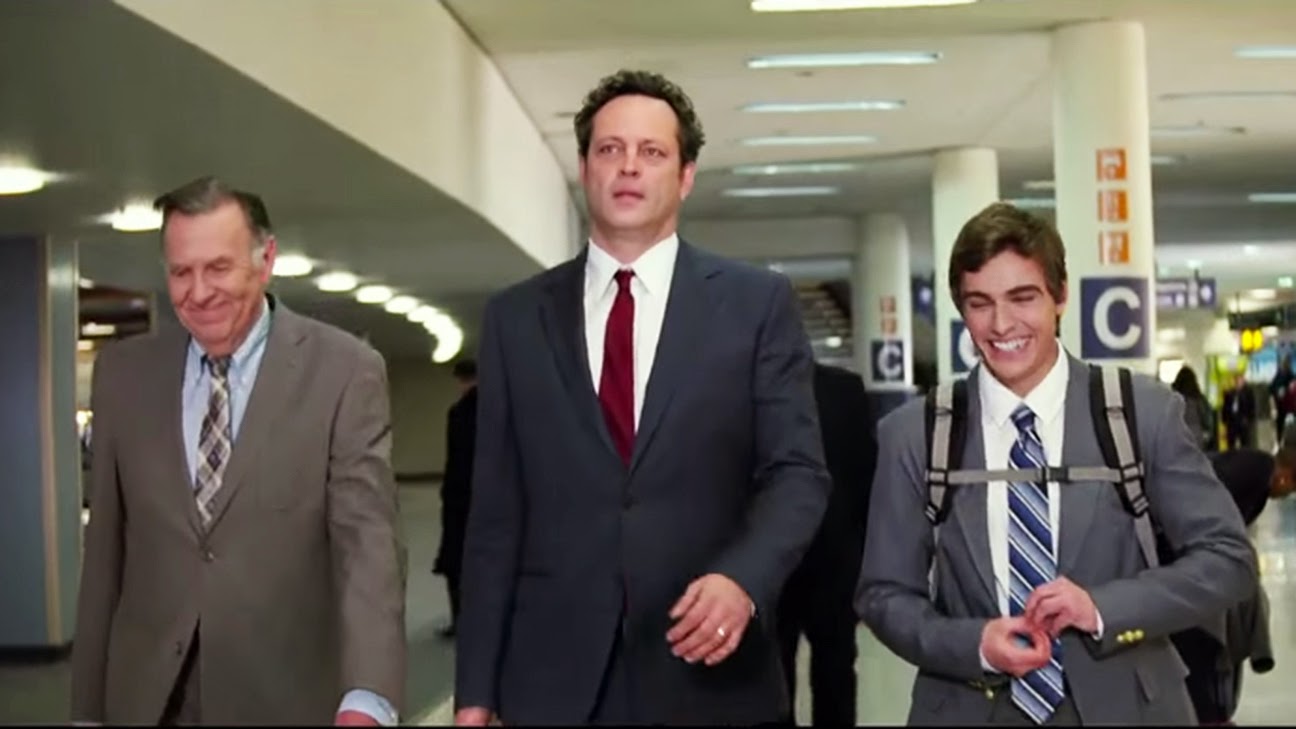 Unfinished Business was directed by Ken Scott (Starbuck, Delivery Man) and written by Steven Conrad (The Weather Man, The Promotion). The direction and script are, to be blunt, catastrophes. Ken Scott seemingly has no authorship for his material (as evidenced by this movie and Delivery Man) and I’m suspecting is becoming to Vince Vaughn what Dennis Dugan is for Adam Sandler – his star’s Yes Man. Not much thought or effort seems to have gone into the filmmaking. It’s shot in a flat, ugly way that is almost embarrassing for a major studio feature (there’s a balcony scene with an obvious fake background that is very distracting). The writing is full of jokes centered around product placements including Pepsi and Dunkin Donuts (as if we needed to be sold on Dunkin Donuts????) and the dialogue and situations give the admittedly talented cast (which also includes Sienna Miller, Nick Frost and James Marsden) nothing to do. These are the two major problems with the movie, but the performances by the three leads don’t help much.

What the hell happened to Vince Vaughn? Just a couple of days ago, I re-watched Swingers and he seems like a completely different actor in the nearly 20 years that have elapsed. Vaughn was once peppy, funny and charming; now he just comes across as bored and almost unwilling to be funny. He seems more concerned with hitting character and story beats as opposed to landing jokes. I think he might have taken critics (of his rapid-fire dialogue shtick) too much to heart in the past few movies because now he wants to be this sensitive, softy man and it’s a bad look for him. It feels disingenuous. Well, at least he landed True Detective. Maybe a dramatic role will shake him out of the doldrums for a while. His co-stars, Tom Wilkinson and Dave Franco, don’t come off much better. Wilkinson seems embarrassed to be in the movie and does the bare minimum. Franco is playing a really odd (possibly mentally challenged) character that grows tiresome very quickly. Franco’s character’s name is Mike Pancake. This is an example of Unfinished Business’ humor. It’s as lame as the mustache jokes in Mortdecai (a movie I did walk out of). 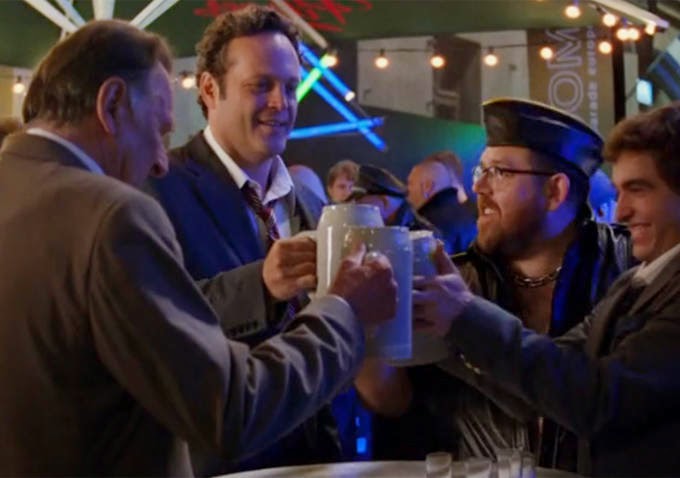 The tone of Unfinished Business is all over the place. This could have easily been a wild, road-trip type of comedy or a silly party movie in the vein of Old School, but instead it’s an alternating series of “heartwarming” scenes with Vaughn’s family (including an overweight, bullied son) and scenes of gratuitous nudity and fetish festivals. The raunchy material isn’t inspired or fun and the more serious beats come across as weird drags with nothing worthwhile to say. They stop the movie cold, which would be more of a problem if any of the zany stuff was any good.

There’s no sense in belaboring this review any further. Nothing works in Unfinished Business. It’s lazy and stupid with low energy and no style. The movie is so bad that it’s not even a comedy (like Tower Heist, for example) where it’s at least a passable diversion despite not having any laughs. This thing isn’t even watchable. It’s a sad waste of time where I sat dumbfounded that the talent involved was incapable of making something better than what was put up on screen. Humor is subjective, but I can honestly say that I can’t imagine anyone who would enjoy Unfinished Business.
Posted by Patrick Bromley at 6:00 AM