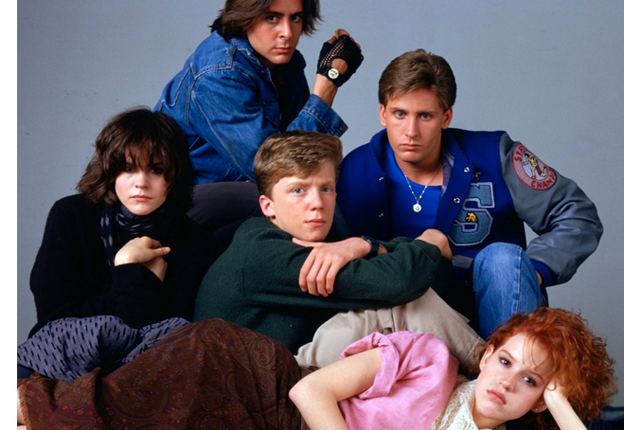 Let's go back to school. All day and all night.

Last week I came up with the first in a series of hypothetical 24 movie marathons I'll be planning throughout the month. I was happy with the lineup and everybody else was cool about it, too. That was all the encouragement I needed to plan a second possible marathon, this time built around the theme of "School Days." (It was suggested by Dan Snyder. Thanks for the idea, Dan!) Planning 24 hours of movies about high school or college presented new challenges, but ones which I attempted to meet head on and address creatively.

There were enough other movies fitting the theme I wanted to include that I probably could have programmed a full 48 hours of "school" movies. Sacrifices had to be made. Hope you all dig what I came up with. 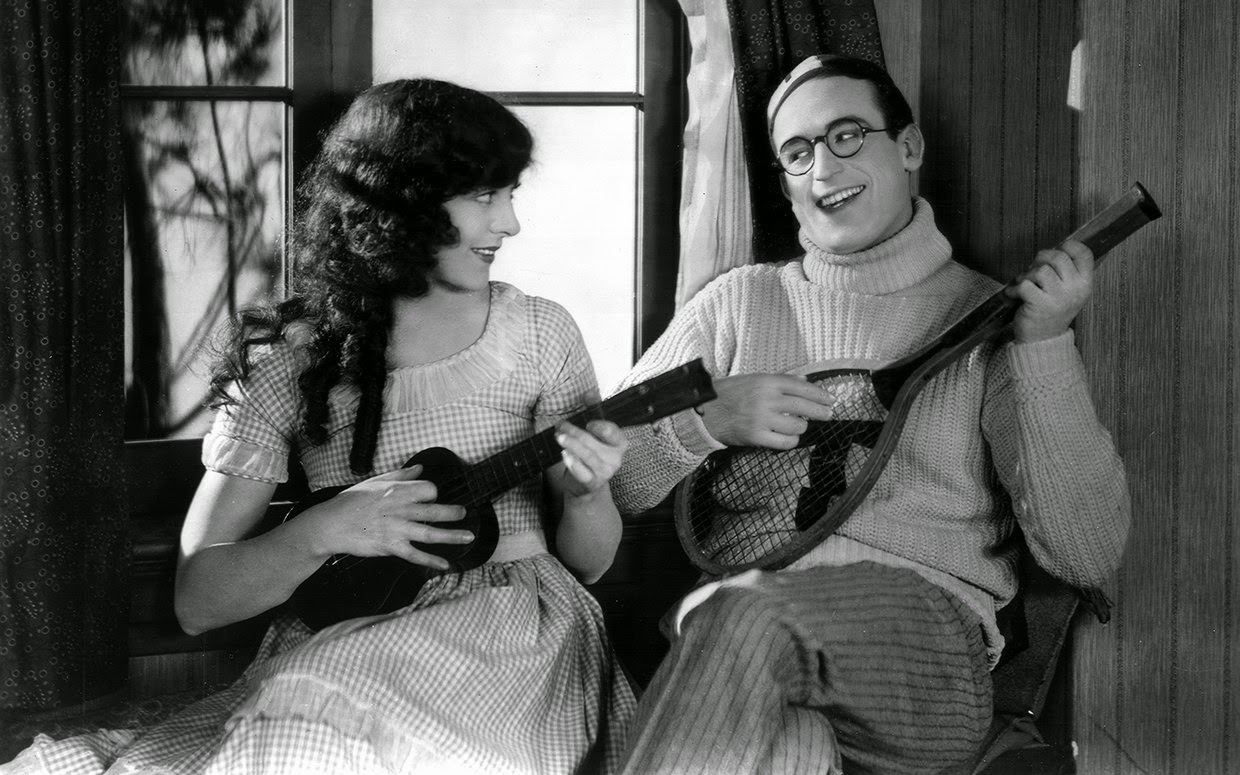 Sometimes kicking off a marathon is about setting the right tone for the next 24 hours; other times, it's just about starting at the beginning. This is one of those, so let's start the day off with a silent film! And not just any silent film, but one of Harold Lloyd's best, about a college freshman attempting to be cool and join the football team. Though it lacks any iconic set piece like the one found in Lloyd's own Safety Last, it doesn't need one because it's one of the silent film icon's warmest and most consistent movies. It seems like it's only been in the last 15 years or so that Harold Lloyd is really being recognized (outside of the classic film community) alongside Keaton and Chaplin as one of the true greats of early comedy. Movies like The Freshman make me wonder why it took so long. 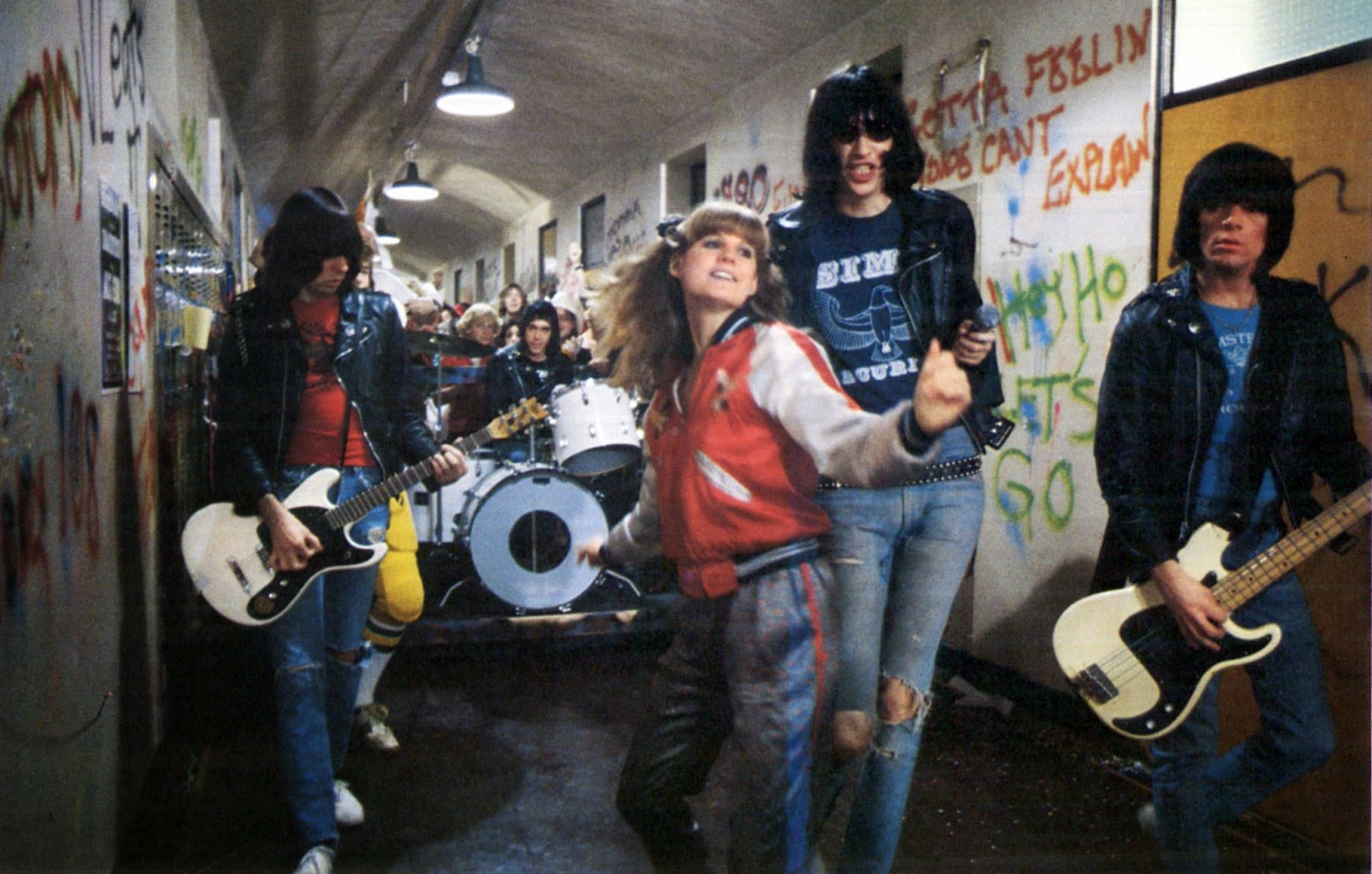 After being charmed and sating your inner cineaste with Harold Lloyd, let's jump to the other end of the spectrum and embrace the joys of exploitation. This Roger Corman-produced musical exists just to celebrate the music of The Ramones and appeal to the rebel punk spirit of late '70s youth, but it's a movie without an ounce of real danger or menace to it. Rock 'n' Roll High School is just too sweet for that. While it certainly adopts an anarchic spirit -- the film culminates in a high school literally being blown to smithereens -- the movie is totally harmless. It's also 80 of the most fun minutes ever birthed by New World Pictures. It's got everything: great songs, Mary Woronov, mutant rats, Paul Bartel, Clint Howard, PJ Soles and Dee Dee Ramone playing bass in the shower. 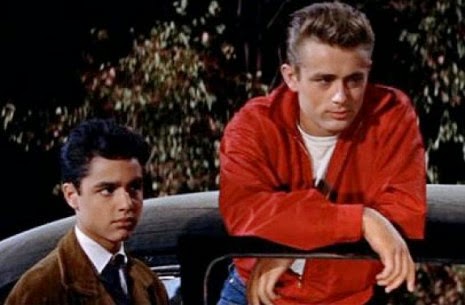 We've had our fun. Time to get serious. After smiling for almost four hours straight, let's slow things down with a true American classic and the movie that contributed more than maybe any other to inventing the contemporary teenager. Rebel Without a Cause has a reputation for drag racing and James Dean iconography, but it's a heavy drama and a masterpiece of sadness and isolation. I'd be hard pressed to think of another movie that's this heartbreaking but still somehow considered "cool." 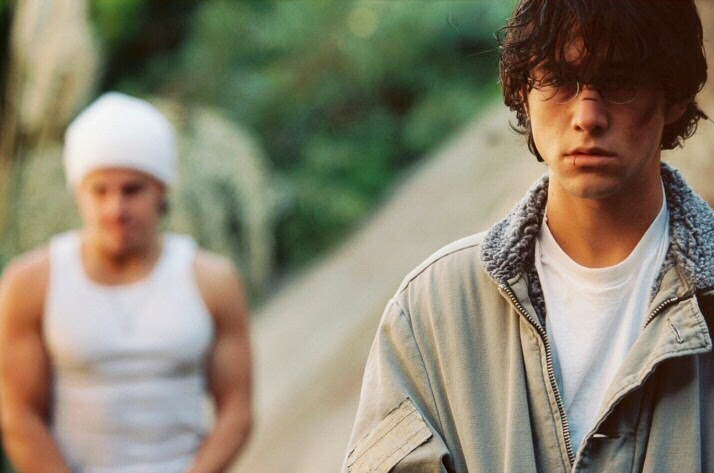 The trick to doing a marathon like this -- where the theme is more defined and the parameters more limiting -- is to find movies that still meet the qualifications but which feel like they belong to other genres. That makes Rian Johnson's debut movie Brick a perfect choice; while it's a movie set in a high school, it's actually a very old-school film noir in which a bunch of teenagers act out a murder mystery complete with their own made-up slang. On paper it may seem like a gimmick, but the movie is actually great and offers the exact right change of pace to avoid too much sameness from creeping in to the 24 hours. 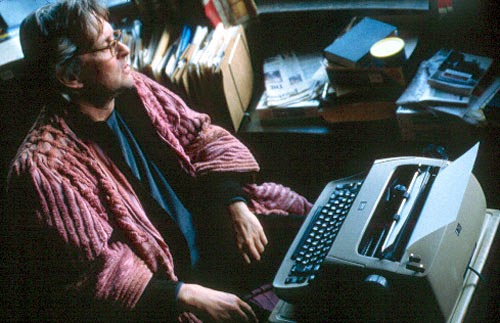 Entirely by accident, Wonder Boys is getting programmed into almost the same spot occupied by The American President in the first fake marathon lineup I made. Almost makes me want to start an unofficial rule that this timeslot belongs to Michael Douglas, but that would mean I'm eventually watching A Perfect Murder or something and life is too short. But Wonder Boys works well because it offers yet another change of pace; it's a comedy, but the rhythms are different. A great character piece about a college professor paralyzed by his inability to follow up a very successful novel, the film is funny and smart and well-observed about academia and features great performances by Douglas (who maybe should have won the Oscar for this), Tobey Maguire, Robert Downey Jr., Frances McDormand and even Katie Holmes. It's a great hangout movie. 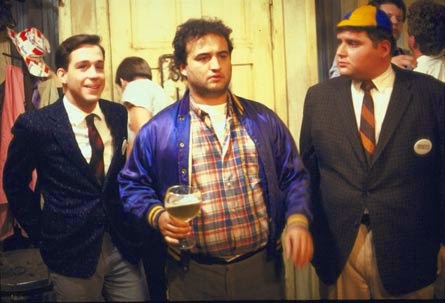 It just makes sense to include some of the classics. The ultimate college comedy -- often duplicated, never replicated -- offers lots of palate-cleansing silliness. Nothing heavy, nothing to ponder, just great gags, memorable characters and an us-verus-them fuck you spirit. It's dinnertime, and this one will go great with pizza. 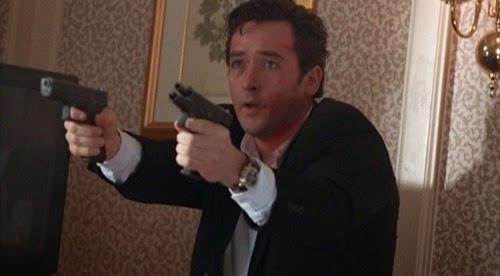 Again, in the spirit of picking movies from what feels like different genres, this black comedy has action movie violence, a killer soundtrack and an existential soul as it ponders whether or not it's possible to leave the past (high school) behind and transform yourself into someone new. There are school movies that are about the immediate experience of being in school and then there are school movies that are about standing outside of that experience and looking in. Grosse Pointe Blank is the latter -- plus it has John Cusack killing people to The Clash. It's the perfect movie for when you're 12 hours in to the marathon and questioning your own life choices. 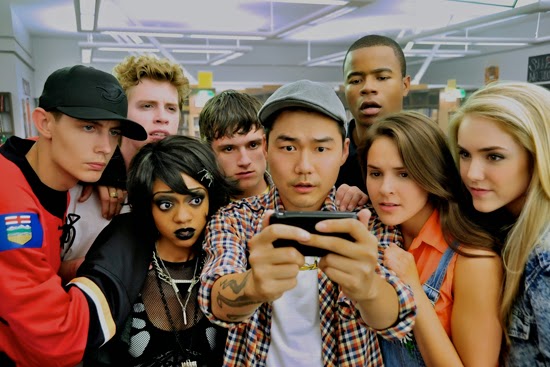 Programming a marathon isn't always about watching 12 perfect movies or even watching only things that you love. One has to be willing to take chances and mix it up. It's in that spirit that I'm programming Joseph Kahn's second movie Detention into the almost-midnight slot. It's a movie I saw once and wasn't crazy about but enough other critics and writers have championed it that I feel like I should give it another shot. It's weird enough to segue nicely into the overnight stretch, but bridges that gap well because it's artificial in its weirdness -- the movie is commenting on the weirdness, not embracing it in a genuine way. Kahn set out to make not just another high school movie, but every high school movie ever made. It deserves a placement here, even if I'm still not sure I like it at all. 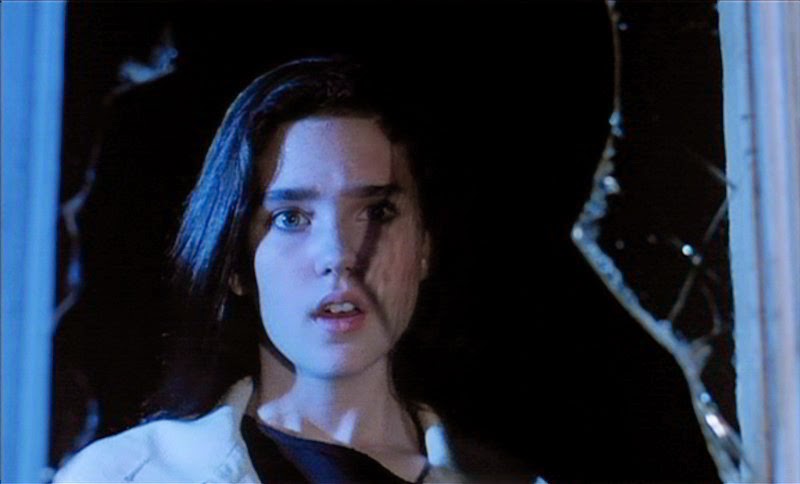 By now it's very obvious that there's a formula to the way I structure these things. I'm ok with that. Yes, some sort of Italian horror film will always make its way into the midnight-to-6 a.m. lineup, because that's the best time to watch it (provided there is a "best" time). I was originally going to put Suspiria here (ballet school!), but thought it better to go with an Argento film with which I'm less familiar. I haven't seen this movie in at least 20 years, and even that first viewing was a misguided effort to see a Jennifer Connelly movie I had missed. Career Opportunities this is not. All I remember is that it's the movie in which she's at a boarding school and can talk to bugs. I have no memory if it's any good or not (mostly because I couldn't have even appreciated it back when I saw it), but that's beside the point. This far into the marathon it's more about a feeling and a state of mind than it is about story or technique. 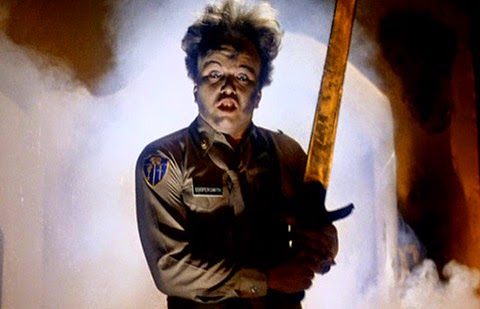 I like this one because it takes place at a military academy rather than a traditional high school or college. It also features Clint Howard summoning the devil with a computer, graphic decapitations and a super hot naked teacher who gets eaten by pigs in the bathtub. In short, it's fucking insane. Dennis Atheron will be very excited about this pick. 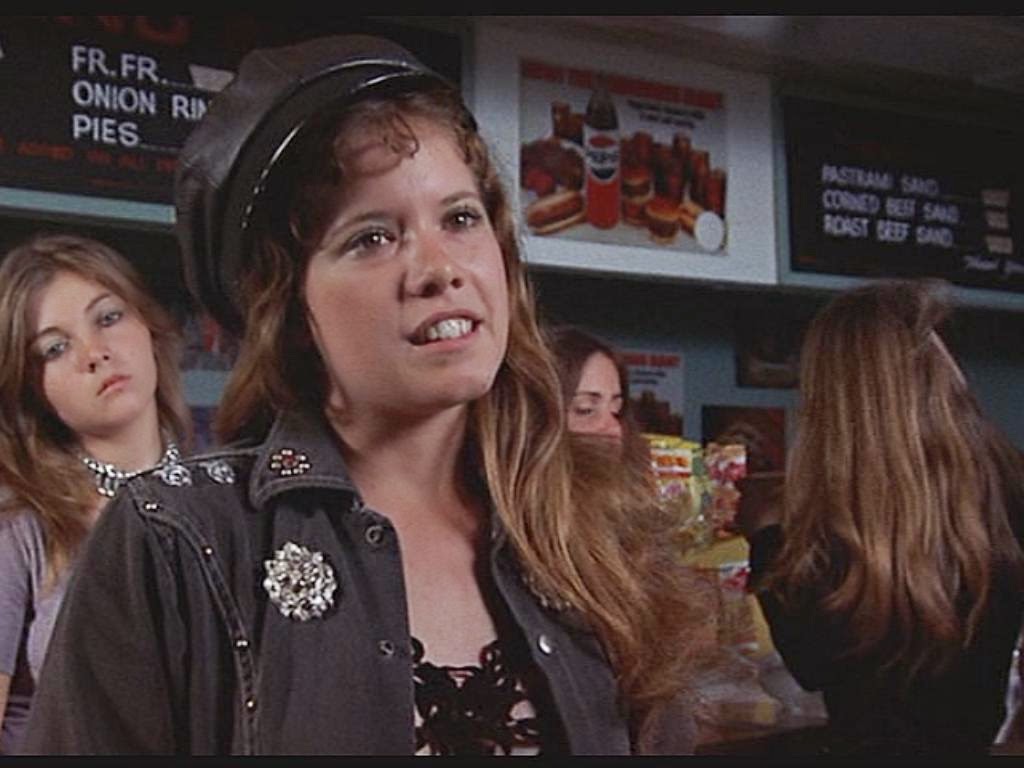 If you've managed to stay awake through the night, these early morning picks are important because if chosen correctly they can help you get your second wind and cross the finish line. It's a good idea to pick something you love. There is not a long list of movies I love more than Switchblade Sisters (aka The Jezebels), a great exploitation movie about a gang of girl delinquents in high school. Tough, foul-mouthed and violent, the movie has an impressive ability to top itself (yes, it ends with a tank rolling through the streets). Even if you do fall asleep, at least you're waking up to Joanne Nail. 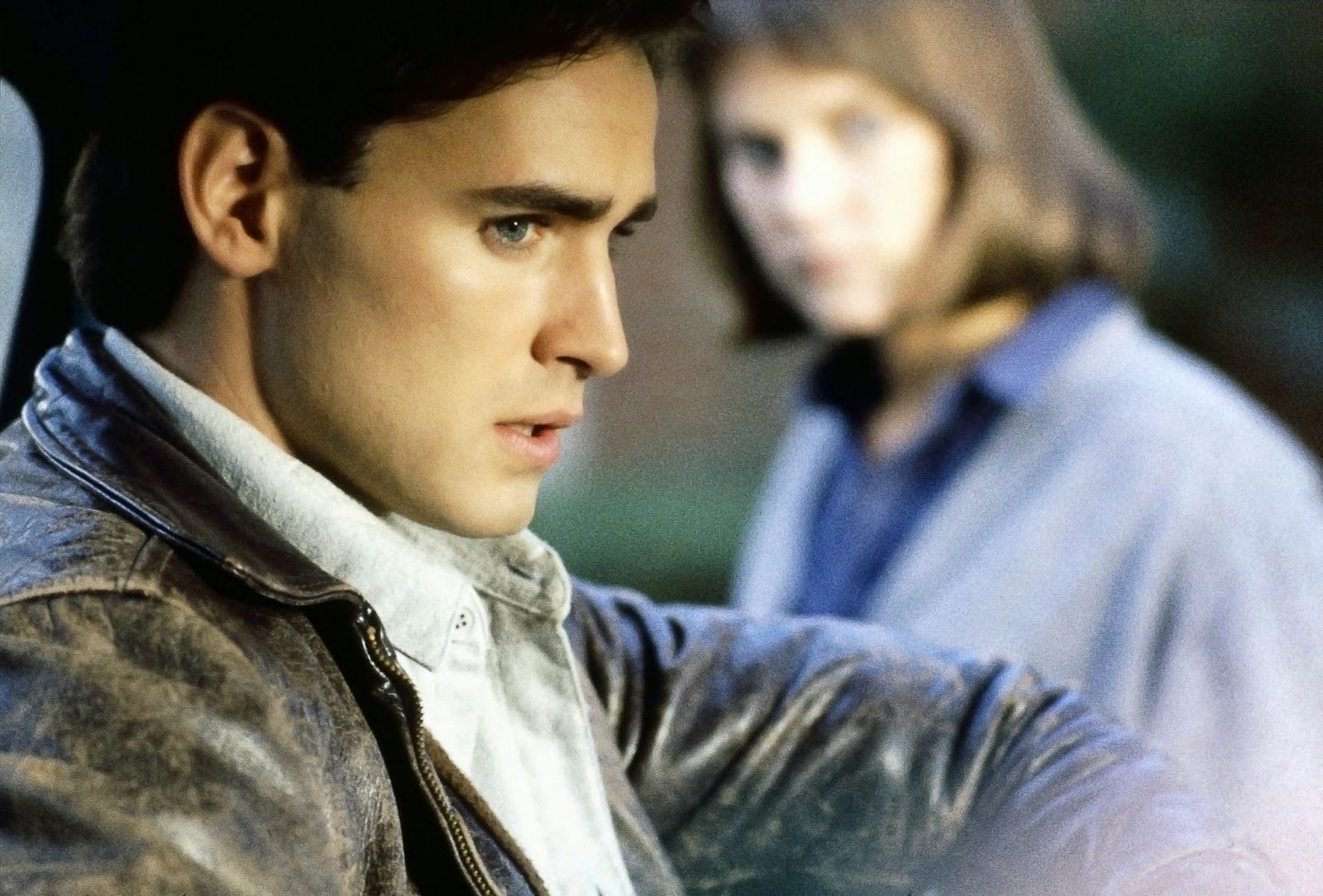 I thought about putting Pump Up the Volume here because it's awesome, but its particular brand of angst over what it feels like to be a teenager is too similar to the next and final film on the list. Instead I'll go with a very personal choice, both because of my affection for director Albert Pyun and because I just recently saw it for the first time and am anxious to revisit it. We're trying to transition back to normal life as the sun is rising, and Dangerously Close offers some of the thrills of exploitation while still being enough of a traditional '80s high school movie to get the job done. It's a beautifully stylish movie and one that, in keeping with with many of the other films we've seen over the last 20 hours, sides with the school outcasts against the bourgeoisie popular kids.  Plus, if you're doing the marathon with friends, this is a great slot to introduce them to something cool that they otherwise might not see and at a time when they're too tired to argue against it. 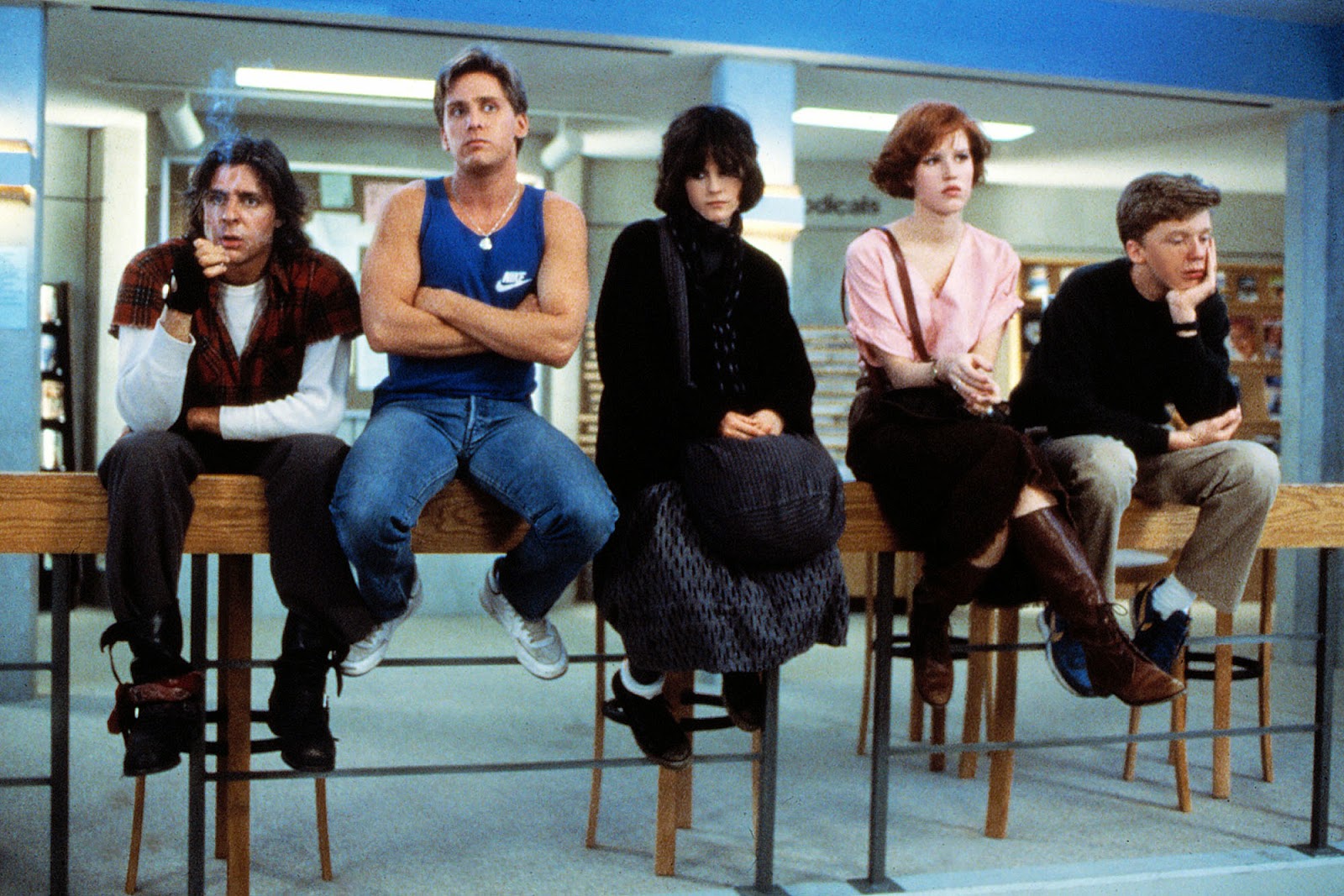 As obvious a pick as this seems, this is actually one of the most difficult choices in the entire marathon. You want to end with a classic, but which one? Ferris Bueller's Day Off, a movie that signifies the end because it's all about taking a break from school? Fast Times at Ridgemont High, perhaps the definitive epic of the high school movie genre? Maybe. I'm going with The Breakfast Club, in part because I love it and in part because it's the right movie to close things out. John Hughes helped redefine the high school movie in the '80s and has to be represented somewhere in the 24 hours. And while Fast Times is pretty much a straightforward comedy, The Breakfast Club has a lot of dramatic elements to help satisfy our need for something substantial after 10 hours of insanity. More than maybe any other movie, this one is about what high school feels like for young people and John Hughes takes it very seriously.

In truth, though, the main reason I want to close with this one is because I'm reverse engineering the end of The Breakfast Club to coincide with the end of the marathon. After 12 movies and 24 hours, thinking about Brian Johnson reading his letter to the dean, John Bender pumping his fist into the air and "Don't You Forget About Me" swelling on the soundtrack is enough to make me want to cry. Like me, these characters have been stuck in a school all day. Like me, they're finally free. This is the way to end it.

Thanks again to Dan Snyder and to everyone suggesting themes. More marathons to come!
Posted by Patrick Bromley at 12:00 PM