24 Hours of Movies: One Thing Leads to Another 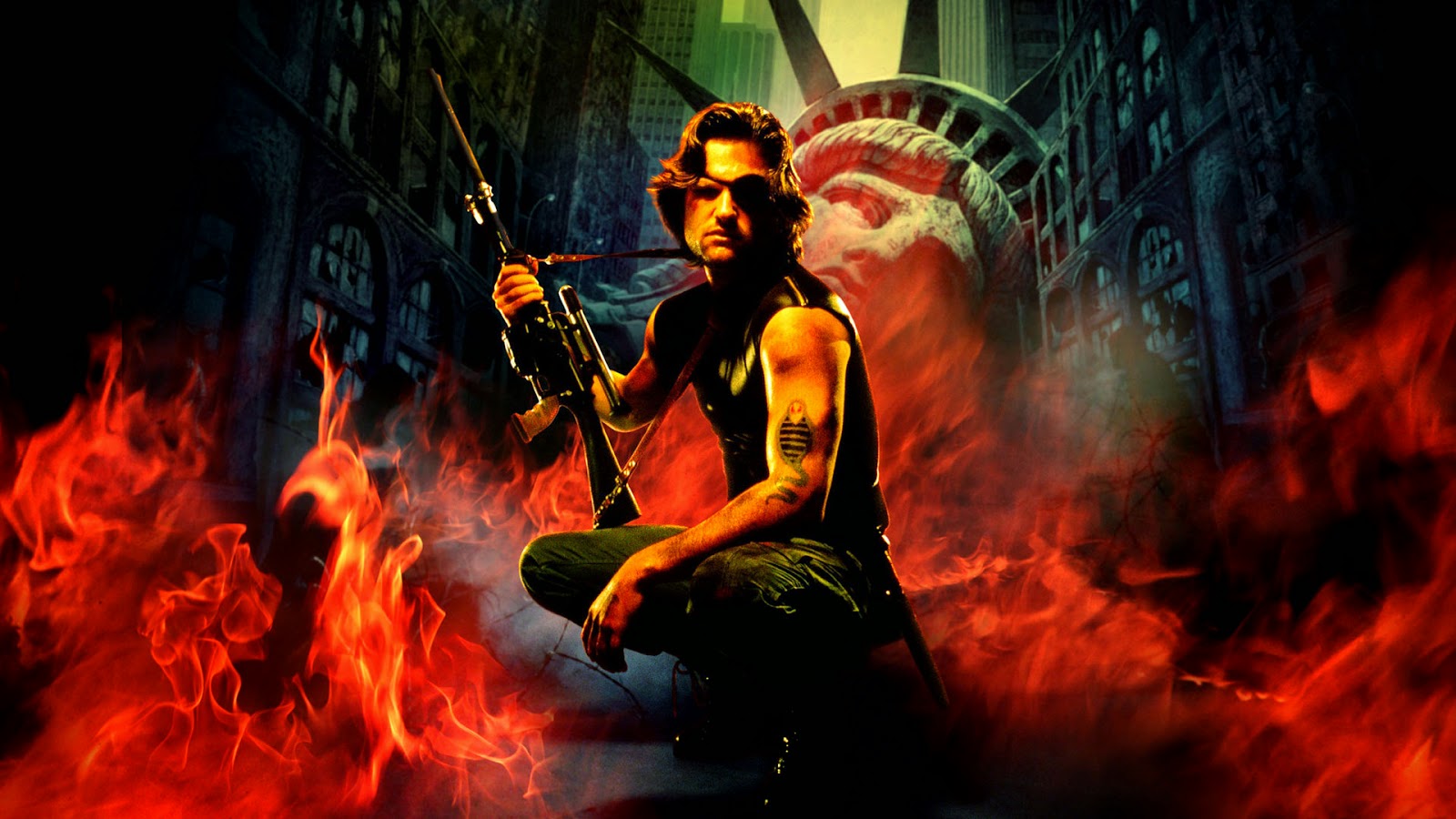 The first in a series of 24 hour movie marathons is here! Stay up all night watching movies with me.

Earlier this week, I put out a call for suggestions for 24 hour movie marathon themes. Because you guys are the best, you offered up a bunch. For the first hypothetical marathon I program this month, I'm going with a theme suggested by reader Brian Sager, which was a "fluid marathon" that's a "series of movies where themes connect from one movie to the next." It's a great idea! I modified it a little so that the movies aren't necessarily connected by a theme, but they are connected in some way.

Strap in, pour yourself a Monster and get ready for a kickass 24 hours. 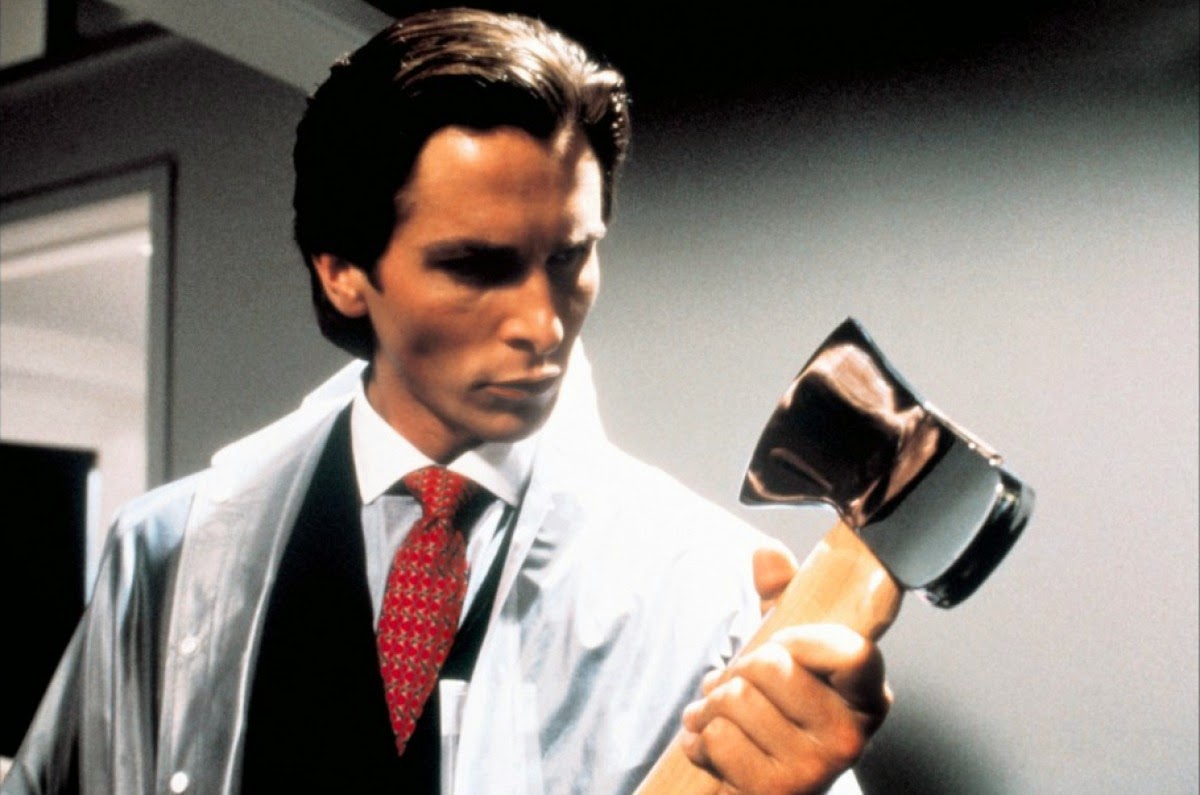 Because this theme was Brian Sager's idea, I told him he should pick the first movie and I would go from there. He picked American Psycho, which is a great first movie because it manages to set a lot of different tones right off the bat: it's funny and violent and dark and extremely peppy without being so over the top kinetic that there's nowhere else to go, energy-wise. While I wouldn't usually start a non-horror marathon with a horror movie, this is the right movie to do it if I'm going to -- it can just as easily be enjoyed not as a horror movie but as a satirical black comedy. Setting the stage for the next 24+ hours is an important responsibility. American Psycho is up to the task. 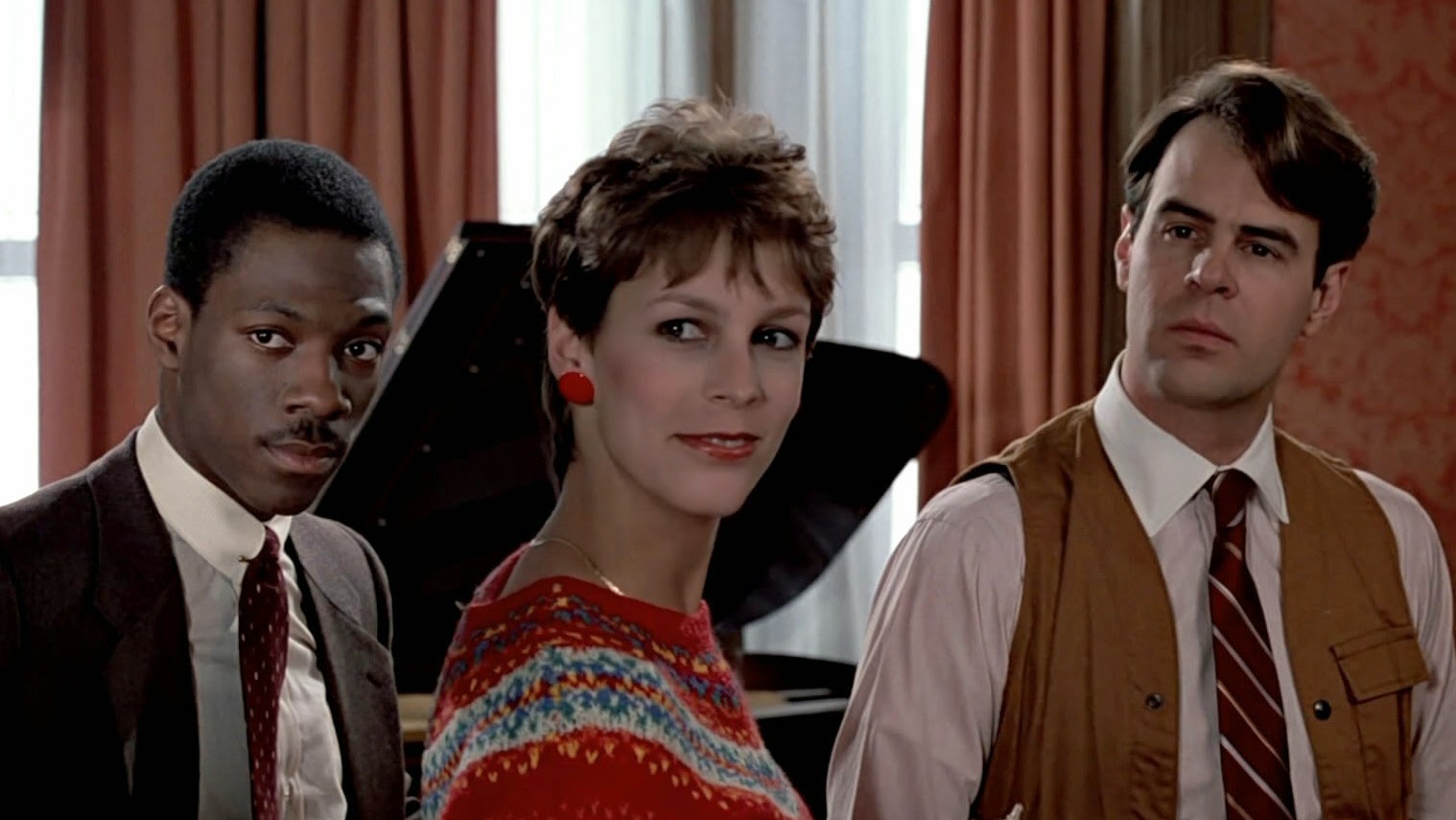 In addition to being a cool horror movie, American Psycho is a very funny satire on Wall Street culture. One of my favorite movies about Wall Street and American business culture is Trading Places, John Landis' great tribute to Ernst Lubitsch and Preston Sturges and another savage commentary on capitalism. It carries over some of American Psycho's edge but softens it by giving us characters we genuinely come to love. There's a huge group of "classic" comedies from the early '80s, and I'd take Trading Places over just about any of them -- plus it helps to lighten the mood after Psycho, which will be necessary this early on. Gotta keep things bouncy in the beginning. 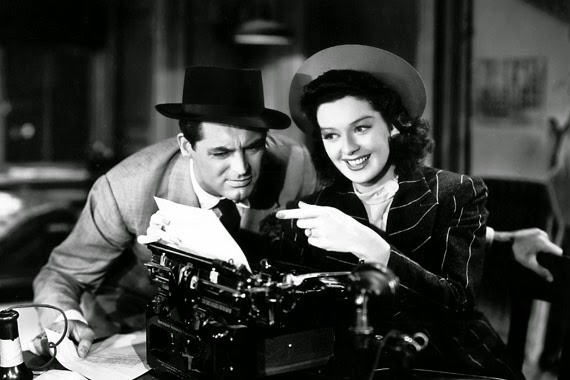 Speaking of bouncy. Ralph Bellamy plays one of the Duke brothers (the rich assholes pulling the strings) in Trading Places, so let's go back more than 40 years to see him as a young man playing the clueless fiancée of Hildy Johnson (the great Rosalind Russell), ace reporter and ex-lover of fellow newsman Walter Burns (Carey Grant). Howard Hawks' classic is one of my all-time favorite screwball comedies -- a movie that demands you keep up with it, lightning fast, whip smart, funny, romantic and actually standing for something. It's been 75 years since this came out and few screenwriters have written a role for a woman as good as Hildy Johnson. A movie like this has to be scheduled early in the marathon before you're too tired to maintain its breathless pace. 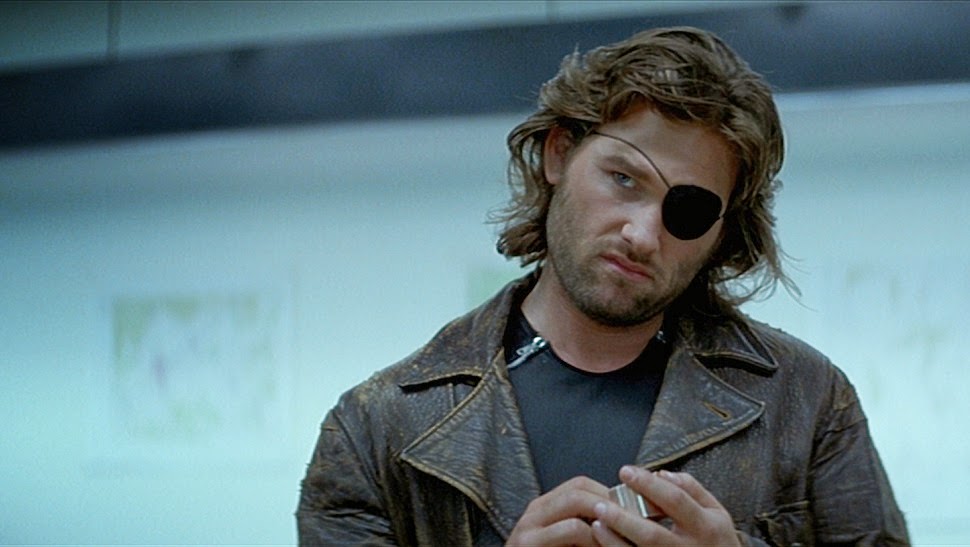 Let's switch gears and plug in one of my favorite movies from the director perhaps more influenced by Howard Hawks than any other filmmaker: John Carpenter. There are very few similarities between this and His Girl Friday (Carpenter tends to riff on Hawks' westerns more than his comedies), but an opportunity to spend two hours in the company of Snake Plissken must never be passed up. It's important to conform to the theme when programming a marathon, but it's just as important to make sure you're watching stuff that's awesome within those constraints Escape from New York is a movie I like more every time I see it, and within the last few years has crept up to the number two slot on my list of favorite John Carpenter movies. Scream Factory's new Blu-ray won't be out in time, which is a shame. It's ok. I'll be ready to watch it again in a couple of weeks. 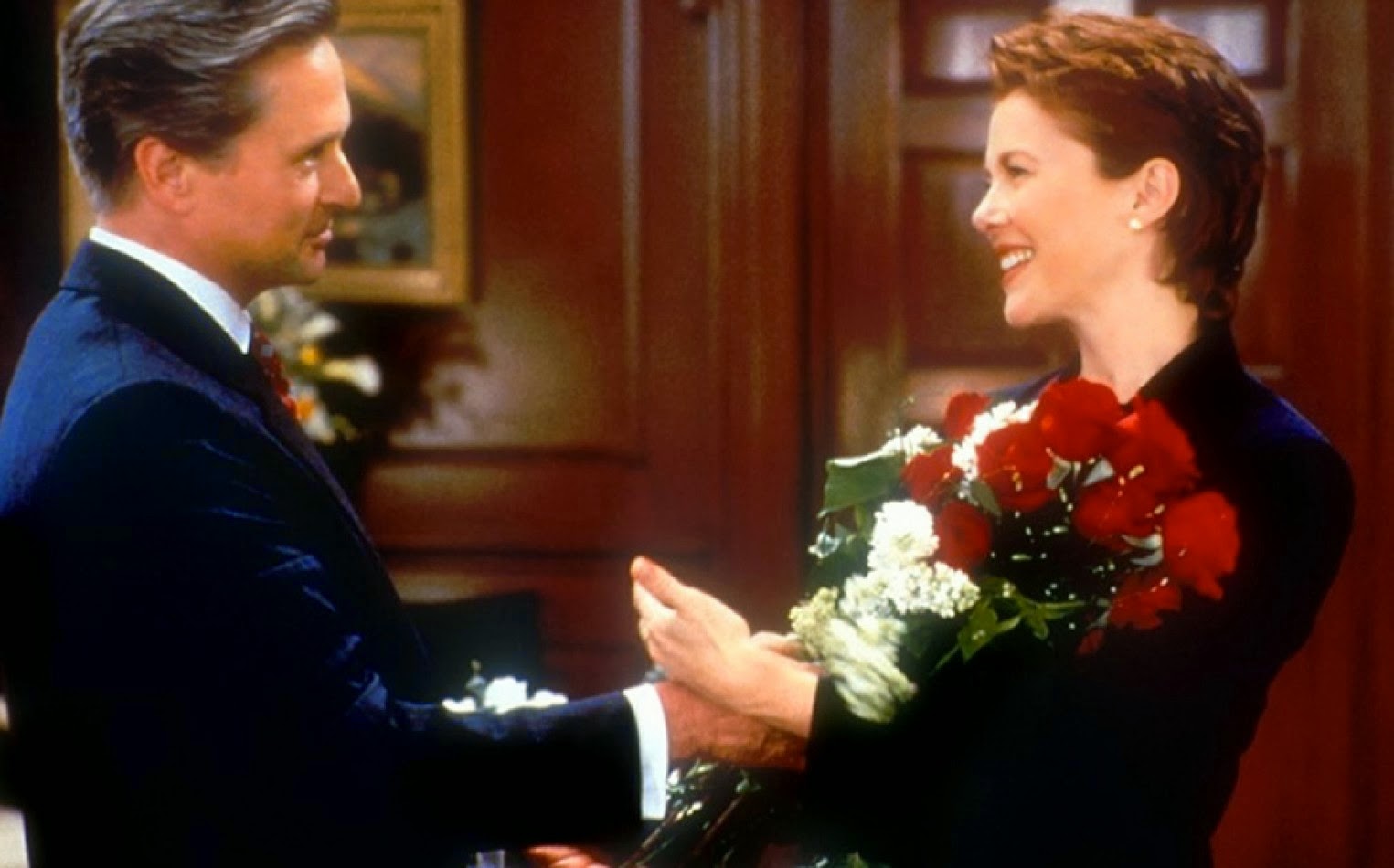 The whole plot of Escape from New York centers on rescuing the President of the United States, so let's stick with the leader of the free world for our next movie and enjoy this delightful romantic comedy in which Michael Douglas (as the president) romances and falls in love with Annette Bening, who is at her least irritating here. Yes, Aaron Sorkin's screenplay offers his usual brand of liberal wish fulfillment (that president says all the things I want the president to say!), but even if you aren't on board with the film's politics you can hopefully enjoy it as a very old-fashioned romance -- the kind of movie Hollywood doesn't make much anymore. I love this movie; back when TNT used to do back-to-back showings of it, I would sit through both. It will be a pretty major shift after Escape from NY, but that's what these marathons are all about: watching a bunch of totally different movies and seeing how they interact with one another. 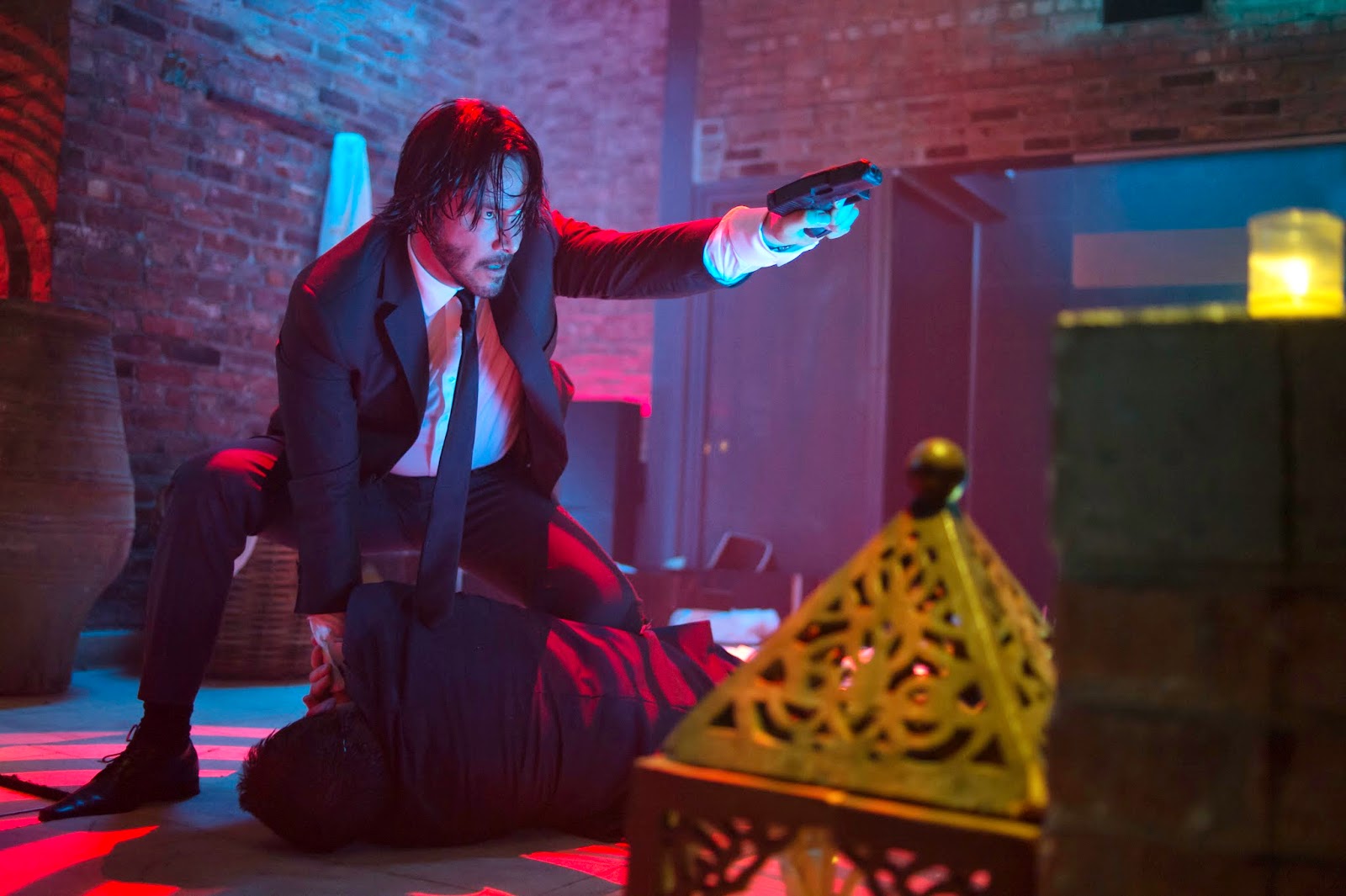 One of the major plot points of The American President is that the Michael Douglas character is a widower (that's why he's available to romance Annette Bening in the first place), so it makes sense to follow that movie up with 2014's most notorious widower, one John Wick. Keanu Reeves' dick-kicking love letter to shooting people in the head is one of the best action movies of the last several years and a perfect entry for this slot, not just because I like to give primetime real estate to the most "event" movies (and because this one is both new and awesome, it fits that bill the best), but also because it's going to get the blood pumping going into the overnight section. Plus I'll have the whole night for my kicked dick to heal. 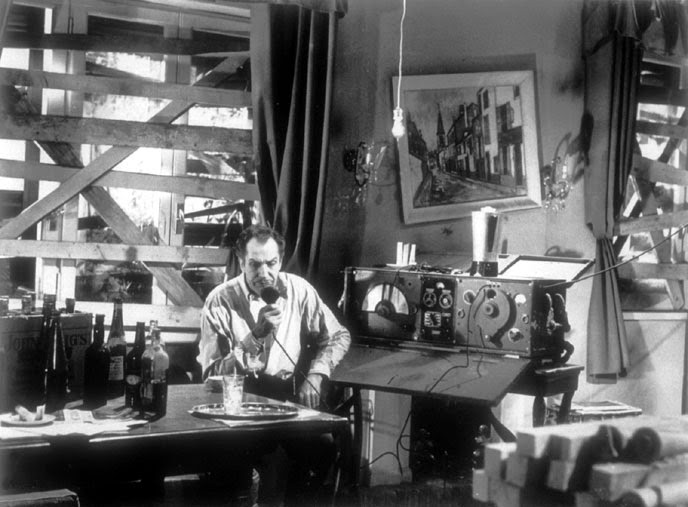 Like John Wick, this 1964 adaptation of Richard Matheson's I Am Legend features a dog getting killed. As we cross the halfway point and get into the late night stretch (the most difficult part of any 24-hour movie marathon), the movies must start getting weirder and more dreamlike. This isn't my favorite Vincent Price movie, but his performance is very good and the black and white photography very striking. It's a quieter, more deliberately paced movie, which will offer a good comedown from John Wick and perfectly transition into the truly weird shit still in store. 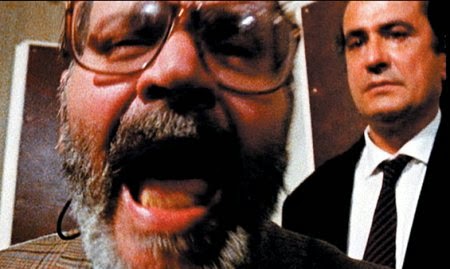 Once we get to the middle of the night, it's time to get weird and turn things over to the Italians. Luckily, Last Man on Earth's Italian origins afford us to opportunity to segue to Fulci, whose 1990 effort A Cat in the Brain remains unseen by me. The director plays himself in the movie, consulting a psychiatrist for help when a lifetime of making horror movies starts making him crazy. I've turned a huge corner on Italian horror in the last year; where once it was the thing I would dread during 24-hour marathons, now I'm actually looking forward to it. 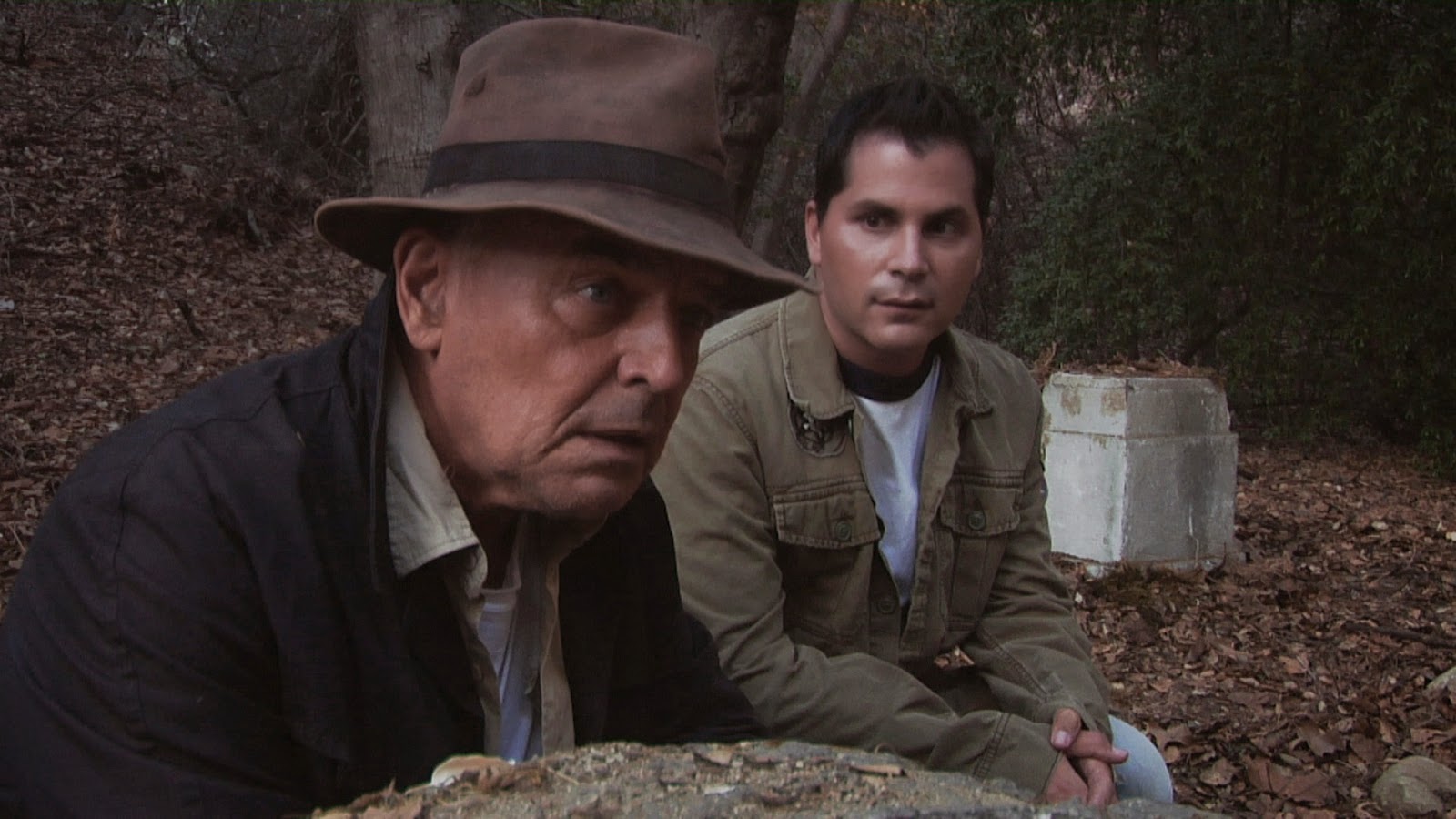 Here's another horror movie in which a director plays himself. I liked this movie a lot (I reviewed it for Daily Dead; you can read it here) and am anxious to revisit it again, but maybe that's just the Adam Green fan in me (being an Adam Green fan is a huge advantage in watching this). It has a lightness and sense of fun to it that will provide some respite between what came before and what's coming after, but the jump scares and horror atmosphere are perfect for recharging you after 16 straight hours of movies. The movie is currently playing in limited release and on VOD, but by the end of March (which I'm doing this theoretical marathon) it will be out on Blu-ray and hopefully a part of my collection. 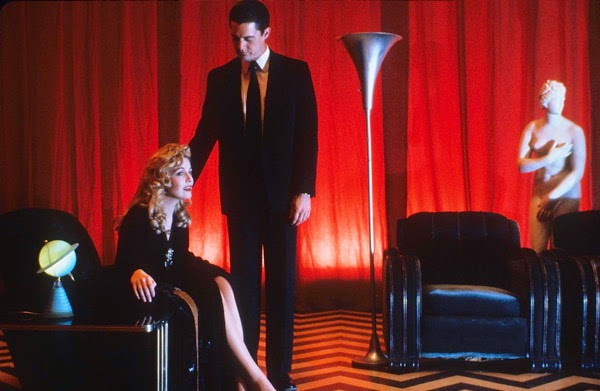 It's a no-brainer that the connective tissue here is Ray Wise, who is truly brilliant in Digging Up the Marrow but who will be best remembered for his iconic performance as Leland Palmer on Twin Peaks. Because you've been awake and watching movies for so many hours at this point, it's best when these overnight picks are weird and nightmarish. Few movies are weirder or more nightmarish than Fire Walk With Me. Not making traditional narrative sense is actually a bonus at 4 in the morning; there's actually no better placement for a movie like this. I get scared just thinking about watching it alone in the dark. Hold me. 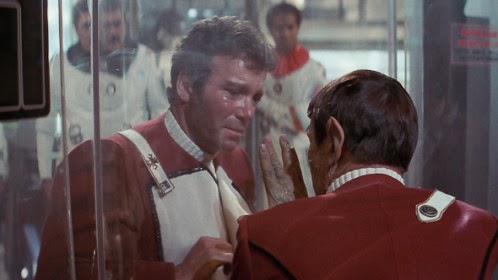 As the sun starts to come up, it's time to bring things back down to Earth -- tonally speaking, of course, because obviously Wrath of Khan is taking us all the way out to space. Another film based on a cult TV series, Wrath of Khan is one of my all-time favorites and a great way to start winding down -- after the brutal, almost violating assault of FWWM, it will feel good to be among friends again. Plus, Dennis Atherton and Mikko Viinikka both suggested doing Star Trek marathons in honor of Leonard Nimoy's recent passing, so the inclusion of this movie should hopefully get that covered. I cry during this movie whenever I watch it (usually during the opening credits and always out of happiness), so the fact that I'm totally sleep deprived and delirious coupled with Nimoy's death is going to turn me into a pool of mushy goo. There will be something cathartic about that experience at 6 a.m., leaving me both physically and emotionally drained and ready to be filled up again by the marathon's final film. 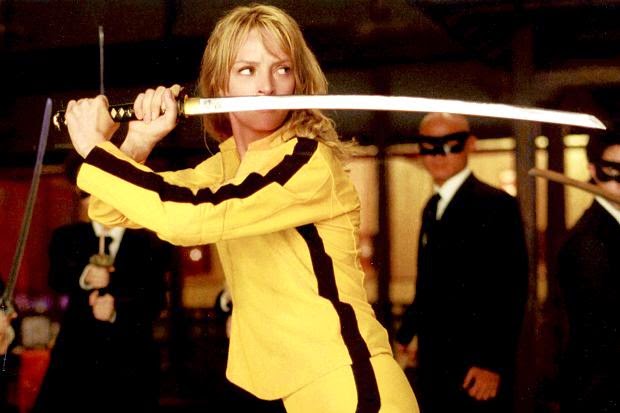 Following the thread of "revenge movies," I'm going to take Kino Notabi's suggestion to include Kill Bill in the marathon, but rather than putting it in the middle (as he recommended) I'm going to put it last. It's a great way to end the 24 hours because Kill Bill isn't just a movie -- it's EVERY movie, a celebration of all the genres we know and love in one epic package. It's like relieving the whole 24 marathon in one sitting. Plus, I'll finally get to sit down and watch my copy of The Whole Bloody Affair, which is the version of the movie that actually makes it a masterpiece. Sitting through the final scenes and end credits of Vol. 2 always gives me such a catharsis. I can only imagine what that's going to feel like at the end of 24 hours.

Thanks for the suggestion, Brian Sager. I'm pretty happy with how this one turned out and would sit through this marathon tomorrow if I could.

Next week, a new theme and a totally different 24 hours of movies!
Posted by Patrick Bromley at 12:00 PM