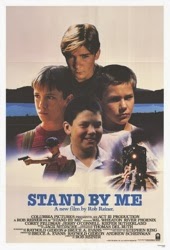 The essential work of Meathead!

Once upon a time, sitcom-star-turned-actor Rob Reiner was one of Hollywood's best directors of populist commercial entertainment. He was exactly like Ron Howard, only he made better movies. Like a lot of good directors, he would eventually lose his touch. But there was a time when Reiner was on an unstoppable streak. Here are the movies everyone should see to understand Rob Reiner as a filmmaker.

1. This is Spinal Tap (1984) Rob Reiner's debut feature is one of the great comedy movies of all time, a mockumentary that follows fictional metal band Spinal Tap through both the highs and lows of their long career. There's not much that can be said about the movie, because it's pretty much a perfect comedy. Reiner lets three brilliant comic actors (Michael McKean, Harry Shearer and Christopher Guest) do their thing, but the movie's greatness isn't just the result of him getting out of their way -- instead, Reiner inserts himself (both as an actor and as a filmmaker) into the proceedings and makes every right choice. For proof, check out the hours of deleted material Reiner took out; funny as it is on a scene-by-scene basis, it would have made the movie feel slower and more bloated. This movie wrote the template for star Christopher Guest's entire later career as a director. 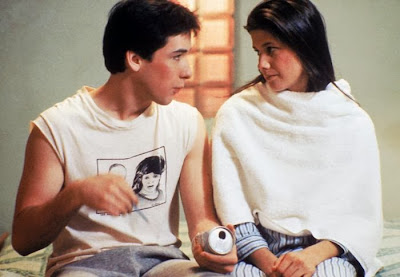 2. The Sure Thing (1985) One of the great things about Rob Reiner in the early days is that he never made the same movie twice. Zagging from the perfectly observed satire of Spinal Tap, Reiner followed up his debut with an old-fashioned road movie romance -- It Happened One Night for the '80s teen movie set. John Cusack and Daphne Zuniga play college classmates (and perfect opposites!) who have to travel across country together and MAY fall in love along the way. In an era (era) of movies about sex-crazed teenagers trying only to get laid, Reiner is sensitive and patient with his young characters, treating them as real people with feelings and things to say. And while it probably seemed fairly workmanlike and commercial when it first came out, one can see Reiner's touch when examined within the context of his total filmography. It's in the comedy, which is smart and never broad, and it's in the way the film loves its characters and humanizes them in a way so few filmmakers have the patience to do. This is one of my favorite romantic comedies of all time and one of the best teen movies of the 1980s.

3. Stand by Me (1986) Doubling down on his ability to portray young people sensitively and believably, Reiner reduced the age of his protagonists in his next film from the college-age kids of The Sure Thing to the adolescents of Stand by Me. Based on Stephen King's short story "The Body," this is the first of Reiner's King adaptations (their relationship would continue, with the director even naming his production company Castle Rock after the fictional town that appears in many of King's novels) and arguably his best. Here's a movie about memory, about the moment we move from childhood into adulthood, about friendship. It's a movie that understands not just how young boys talk, but how they feel. Reiner shows such patience and sensitivity with the four leads that it's amazing he wouldn't work with kids again until Flipped in 2010 (to much, much lesser effect). What would in other hands have been sentimental crappy pap is, thanks to Reiner's direction, funny, warm and honest. 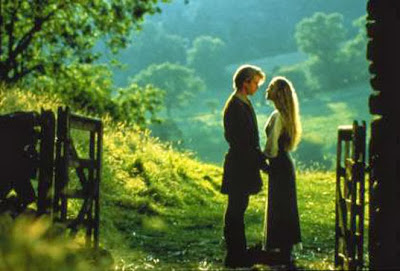 4. The Princess Bride (1987) Continuing one of the best streaks in recent filmmaking history, Reiner made one of the all-time great sleeper hits, a movie that's truly for all ages and that has a bit of everything: comedy, romance, adventure, giants. William Goldman's script (from a book he wrote for his kids) is smart about delivering the expected fairy tale tropes and then completely subverting them, so it's a movie that delivers exactly what we want and continues to surprise us. Reiner never lets the jokes or the plotting -- and the movie is heavy in both -- upstage the character moments. People that don't like The Princess Bride are people that don't like movies.

5. When Harry Met Sally... (1989) Returning to the smaller, character-driven comedy of The Sure Thing, Reiner once again topped himself by making the second of his all-time great romantic comedies. After working with Billy Crystal in smaller roles a couple of times (he was Miracle Max in The Princess Bride and was cut out of This is Spinal Tap...), Reiner handed Crystal the part that would make him a full-blown movie star. Same goes for Meg Ryan, whose performance in When Harry Met Sally... essentially defined the rest of her career -- it was the role against all the rest would be measured. Nora Ephron's script is mostly brilliant with only a few missteps (classic as it may be, the orgasm scene is terrible and out of character). Reiner lets the actors and the dialogue carry it, but also makes sure that Harry and Sally aren't just romantic comedy "types." This could have been a sitcom, but Reiner ensures these are real people. He loves his characters, which makes us love them, too. 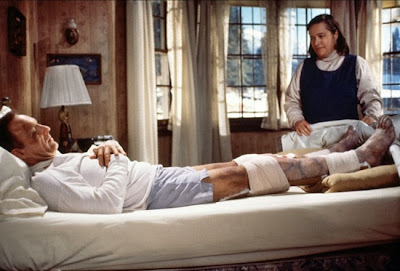 6. Misery (1990) Holy shit, Rob Reiner could not be stopped. With a career of comedies and warm, feel-good movies behind him, Reiner really pushed himself with Misery, his first and only attempt at horror (depending on how you feel about Rumor Has It...). Clearly using Hitchcock as a model, Reiner proves himself to be adept at stepping into any genre, honoring its conventions but still finding the humanity to make it more than just a technical exercise. This could have easily been his What Lies Beneath; instead, it's one of the very best Stephen King adaptations thanks to a strong script by William Goldman, a vanity-free performance by James Caan and the star-making, Oscar-winning performance by Kathy Bates in full "who the fuck is that and where the fuck did she come from?" mode. Misery would be good just for her work, but Reiner manages to built a terrific movie around her performance instead of letting her carry it. That's smart filmmaking.

7. A Few Good Men (1992) The last movie in Rob Reiner's near decade-long winning streak is, for me, the weakest of the bunch, but certainly a solid film in a very classical way. It's obvious that Reiner set out to make an old-fashioned Hollywood courtroom drama and mostly succeeds. Working from a script by Aaron Sorkin (based on his play), Reiner keeps the details mostly timeless -- it's a movie at home in the '40s, the '60s or the '90s -- and turns the movie into an actor's showcase, even though some of the actors are Jack Nicholson, Kevin Bacon and J.T. Walsh and some of the actors are Demi Moore and Tom Cruise in movie star mode. The styles sometimes clash, but the film still works as old fashioned entertainment.

8. North (1994) There are a lot of reasons for North to appear on this list. First and foremost, it was Rob Reiner's first real stumble -- after 10 years' worth of good-to-great movies, North tripped him up and I'm still not positive he ever recovered. These days, it's bad movie shorthand thanks to the late Roger Ebert's notoriously angry review, which contained the now-famous line "I hated this movie. Hate hate hate hate hated this movie," later used as the title of a book collecting Ebert's reviews. But the failure of the movie (which has a few funny lines and isn't quite as bad as its reputation) actually serves to illustrate what it is that Reiner does well. North alternates between being too broad and too precious, and it's clear that it fails because Reiner lost the human touch that made all of his previous movies so special. He's a filmmaker that's at his best when he's working within the confines of a genre and can explore the characters inside that framework. With North, he does none of that. 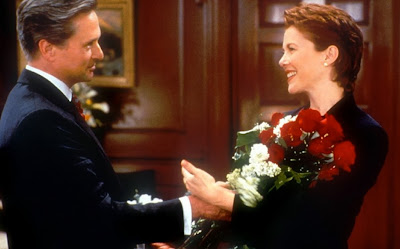 9. The American President (1995) The only defense against the argument that North ruined Rob Reiner forever, The American President found the director bouncing back in a big way. Collaborating again with Aaron Sorkin, this is the movie that's the most revealing about Reiner's unabashedly liberal politics. If you can't enjoy it on that level, that's ok -- the movie is really a delightful romantic comedy about two adults who aren't stammering, pratfalling dummies. Michael Douglas is charming in a way he's never allowed to be on screen (he is always flawed or slimy or slimeflawed) and everyone enjoys the chance to speak Sorkin's fast, often funny dialogue. This is Reiner channeling Frank Capra, and it's his last great movie.

10. The Bucket List (2007) Here's a slot that could have included any of of Reiner's movies post-1995, whether it's Flipped or Alex and Emma or Ghosts of Mississippi or Rumor Has It... or The Magic of Belle Isle or, sadly, probably whatever Reiner does next. The Bucket List deserves mention because it was a huge hit, demonstrating that Reiner still knows how to make a crowd pleaser, even if it's a weird imitation of what he used to do so well. His human characters have now become screenwriter constructs; the jokes more at home in late-period Garry Marshall. Reiner has now succumbed to many of the worst instincts of lowest-common denominator commercial moviemaking. Lots of once-great directors eventually lose their gift and spend the last part of their careers reminding us just how far they have fallen. Reiner appears to be one of those directors. 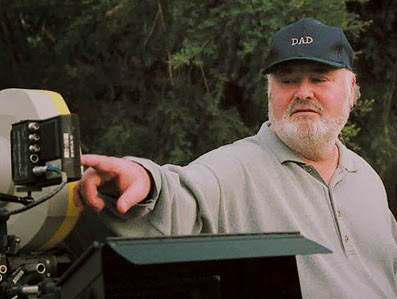