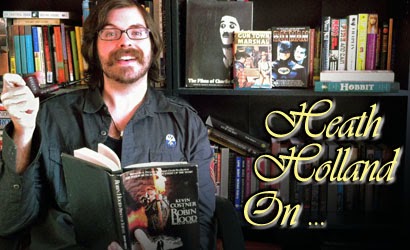 I like these sequels way more than I should.

Here are a handful of movie sequels that are usually regarded as being lesser than the film that spawned them, but that I revisit and enjoy just as much--if not more, in some cases--than the films that kicked things off. I probably shouldn’t like most of these as much as I do, but I just can’t help myself.

I know that conventional wisdom dictates that the first Young Guns film is the better of the two, but I’ve always preferred Young Guns II for reasons that I could never pin down. Upon further reflection, I’ve decided that the reason can be summed up in two words: BON JOVI. I’m exaggerating a little, but I can’t tell you how much “Blaze of Glory” rocked my world. The music video was in heavy rotation on MTV and in my house, and my love for Kiefer Sutherland and Lou Diamond Phillips is no secret. I’ve always been a little bugged by how big Emilio Estevez’s performance is, but the additions of Christian Slater, William Petersen, Alan Ruck, and a young Viggo Mortensen make up for it. The cast, the fashions, and the music date the film like crazy, and watching Young Guns II is like going back in time to 1990. It’s awesome. 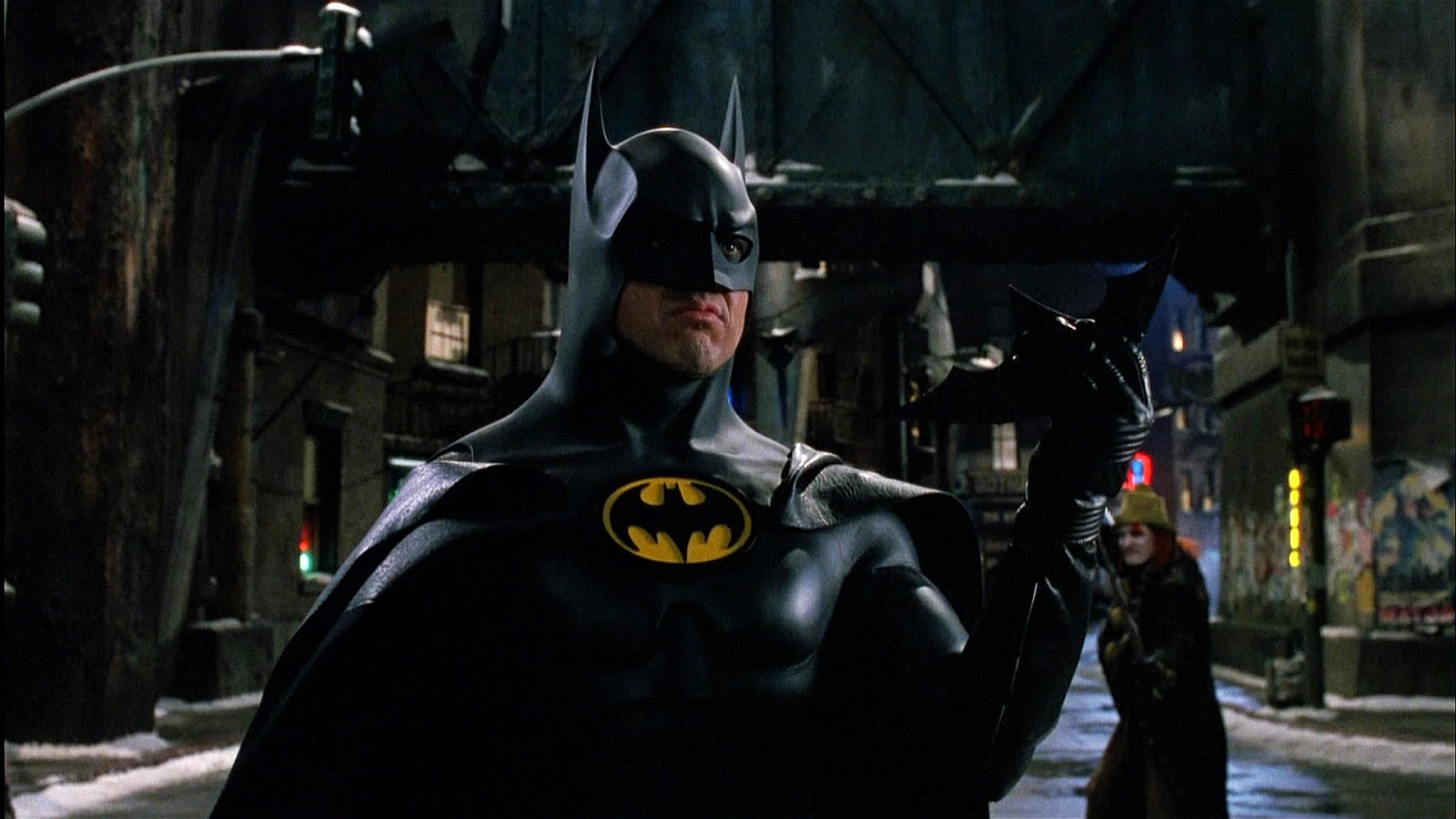 Tim Burton’s original 1989 Batman made an insanely big splash in pop culture, and it changed how both movies and comics were made moving forward, but the 1992 sequel had an even bigger impact on me. It was crazy dark and full of weird sexual subtext that I can’t believe was in a mainstream superhero movie, but Burton’s stylized vision of a snow-covered Gotham City, which owed to German impressionism and the images of Fritz Lang’s Metropolis, immediately felt like home to me. Burton’s vision of Gotham as seen in Batman Returns was populated with impossibly high skyscrapers and towering statues that cast long industrial shadows, making it the perfect battleground for the creatures of the night. Batman Returns encapsulates film noir, science fiction, and early horror cinema without really being about any of those things, and it laid an unlikely foundation for cinematic interests that I wouldn’t discover until many years later. When I finally did stumble upon movies like The Cabinet of Dr. Caligari, Burton had already introduced me to the visual style and the concepts. Christopher Walken’s character is even named after the actor from 1922’s Nosferatu. Not bad for a movie with penguins that have missiles strapped to their backs.

I consider Raiders of the Lost Ark to be a perfect film, which is amazing when you consider how effortlessly it was conceived and plotted. Watching the “making of” documentary on the box set reveals how breezily it all came together, and provides evidence of a director (Spielberg) and a producer (Lucas) at the peak of their powers, making it all up as they went along. After what some consider to be a creative misstep with Indiana Jones and the Temple of Doom (I don’t agree), 1989’s Indiana Jones and the Last Crusade attempts to return to the lighter mood of the first film and adds James Bond himself, Sean Connery, to the cast. I appreciate the comedy in the film—like the unspoken fact that Indy is wearing a tie to impress his dad—and the slightly more whimsical tone. Raiders of the Lost Ark never takes itself too seriously, but Last Crusade is even more irreverent. It’s just gag after gag, action scene after action scene, and the addition of Connery provides a twist that changes the heroic narrative of the movie by constantly undermining the protagonist. I’m a huge Indy fan and I’ve loved and watched all the movies since I was a kid, but I’ve returned to Indiana Jones and the Last Crusade more than even Raiders, not because I think it’s a better movie (it’s not), but because there’s something askew about it that keeps me coming back. 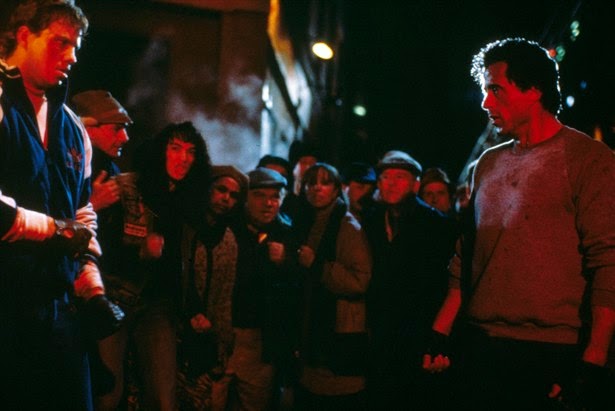 The original Rocky, which beat Taxi Driver, Network, and All The President’s Men for the Best Picture Oscar in 1977, is probably my least favorite of the series. Don’t get me wrong, I admire the movie: Sylvester Stallone’s script is fantastic, Burgess Meredith is incredible, and the romance between Rocky and Adrian feels believable and tender. It’s a great movie, and I can watch it at the drop of a hat. When I hear “Gonna Fly Now,” I immediately look for stairs to run up. But I prefer the crazy directions the series started to veer into beginning with the first sequel. As bad as Rocky V is, there’s a ton of ridiculous junk going on in that movie that make it impossible to stop watching. It’s amazing to me that so many of the same people who made the first movie were heavily involved with the sequels, because they feel more and more different as they go on. When I want to see a great film, I watch Rocky. When I want to have a good time and hang out with a movie, I watch the sequels. I usually choose the latter.

Sticking with the Stallone theme, I’ve liked -- but never loved -- First Blood. I appreciate it more as I get older, but my first exposure to the character of John Rambo was catching the last few minutes of Rambo III on basic cable. From there I tracked down the novelization at a used bookstore, and read it in a single sitting. To me, Rambo was a superhero who was larger than life. You can’t kill Rambo any more than you can kill a Terminator. I ended up seeing the movies in reverse order, finally catching Rambo III in its entirety on USA Network, and then Rambo II shortly after that. When I got to First Blood, I thought it was boring: he was a human being, and he could be hurt. Rambo cried! Of course, now I’m older, wiser, and I’ve got more layers than a deep dish lasagna (and twice the cheese). Still, the first impression I had of the character was of a man who was a step away from Superman, jacked to the gills and impossible to stop. My Rambo stepped out of a cartoon (literally) and Rambo III is the film in the series that’s most like a cartoon.

The Color of Money 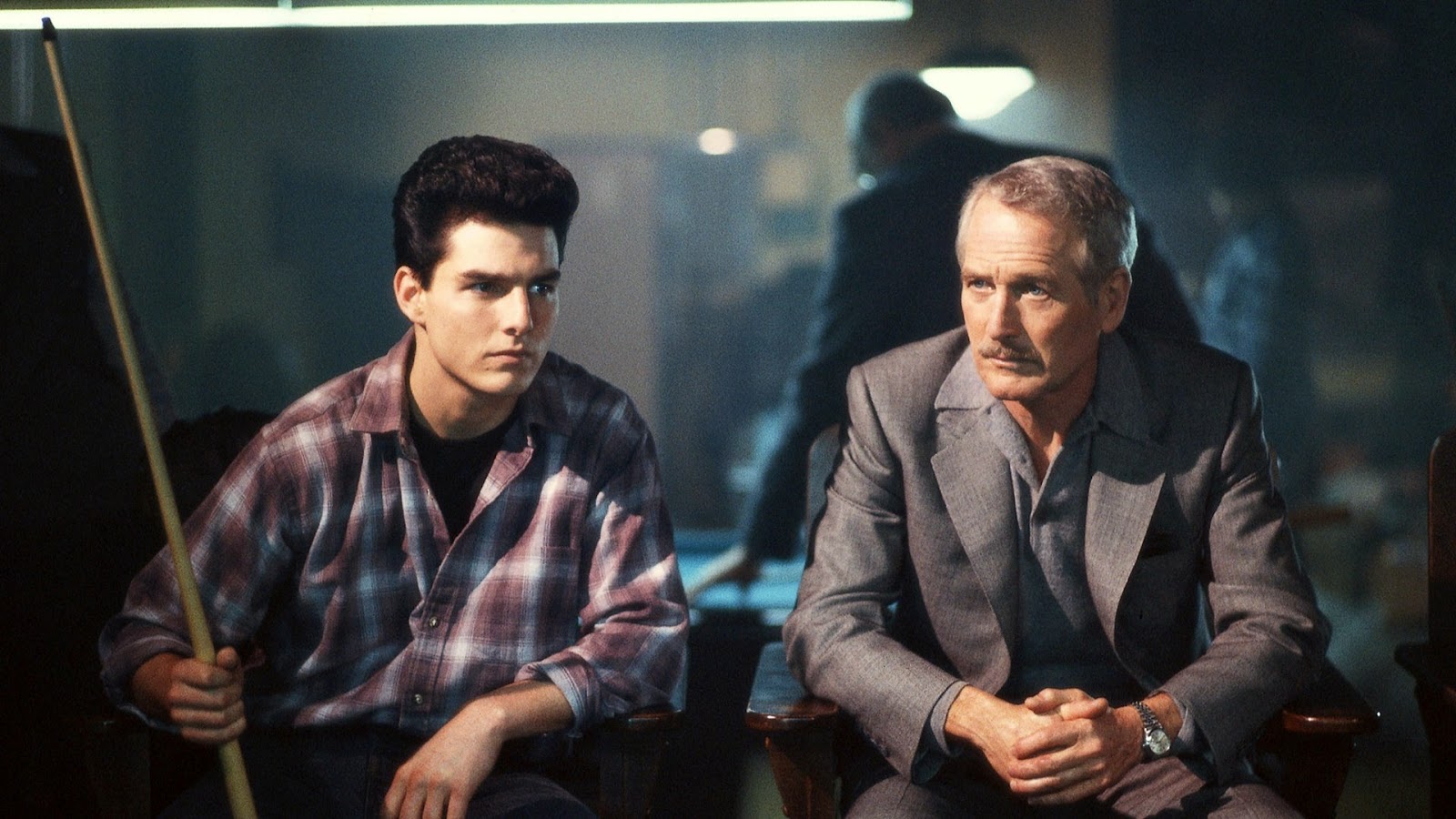 1961’s pool shark movie The Hustler, starring Paul Newman, Jackie Gleason, and Piper Laurie, is a multiple Oscar winner and was nominated for Best Picture, but I’ve always been more drawn to the lesser sequel, 1986’s The Color of Money. Tom Cruise is no Paul Newman, but he brings a ton of energy to the screen and is impossible to dismiss. Mary Elizabeth Mastrantonio plays a different kind of leading lady, and the dynamic between the three leads works for me. If I’m being honest, I may prefer the sequel because I’ve always been put off by Jackie Gleason and his macho chauvinist shtick. He’s probably NOT the character he plays in The Hustler, Minnesota Fats, but he sure seems like it. Also, I’m a big fan of Newman’s work as an older actor, when he had years of experience under his belt.

Look, I’m just being honest. I like Stephen Sommers’ first Mummy movie, but I don’t love it. I can’t blame any one particular thing, but it just doesn’t quite click with me. I think Brendan Fraser is well cast and does great stuff with the role, and I like Rachel Weisz and John Hannah in the film, too. I still prefer the sequel, The Mummy Returns, though. If the first movie is a loving tribute to both Universal horror and 1930s adventure stories, the sequel is mostly just disposable pulp—and that’s how I like it. The Mummy Returns feels like a dime paperback from the Roosevelt era: the plot relies less on mummy horror and more on pushing one adventure scene after another, but that means that it’s different enough that I can watch it without comparing it to the 1932 Universal horror classic. It also costars Dwayne “The Rock” Johnson, and yes, I really like The Scorpion King, too. I can’t argue that The Mummy Returns isn’t a bad movie, but it’s more entertaining and watchable because of that fact. I’m glad that both exist (I ignore the existence of the third film), but I have a much better time with the second movie.

Pirates of the Caribbean: On Stranger Tides 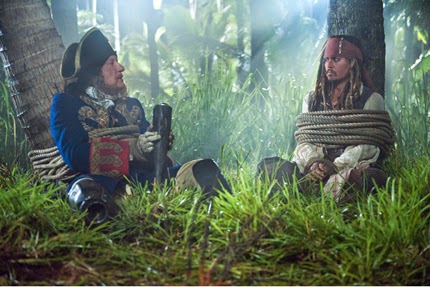 The fourth entry in Disney’s Pirates of the Caribbean franchise is the first without the direction of Gore Verbinski or the presence of actors Orlando Bloom and Keira Knightley, and I say THANK GOD. That’s right; the one that everyone regards as being the worst in the series is my favorite. The common criticisms against it (there’s no driving human story, it’s the Johnny Depp show, it’s just mindless action in service of nothing) are exactly the reasons I like it. I thought the first Pirates of the Caribbean was fantastic, if not a little padded. I was fine with the love story and with Captain Jack Sparrow being a chaos character that the main protagonists reacted against rather than a main character himself. But the second and third films are overlong by at least two hours and the lead characters are stretched to the point that I don’t care about them at all anymore. The movies themselves are filled to overflowing, making watching them an exercise in endurance, and I can’t invest in a plot I can’t keep up with. There are great moments, but that’s all they are to me: moments, surrounded by a lot of stuff I don’t care about. The final, epic battles of both Dead Man’s Chest and At World’s End go on for the better part of an hour. Or maybe it just feels that way to me because the only character I really care about is the scoundrel who would probably kill everyone in their sleep, and would in another movie.

On Stranger Tides is that other movie, and cuts the dead weight of the relationship drama by putting the chaos character in the spotlight. The end result is a story that drops most of the relationship angst (there’s still some mermaid stuff) and focuses on pirates hunting a new supernatural McGuffin as the A-plot. Whenever I watch it, I feel like I’m watching all the chapters of a really expensive serial adventure from the 1950s or 1960s instead of a Hollywood epic. My comments about The Mummy Returns apply here as well, as I’m more inclined to enjoy a straight-forward comic book/pulpy yarn about a race to the fountain of youth than a lengthy, seven-and-a-half hour story that fills every minute with some piece of business. If Verbinksi’s movies are like feasts with many courses to be enjoy and digested over many hours, On Stranger Tides is just the dessert. And I’m okay with that.