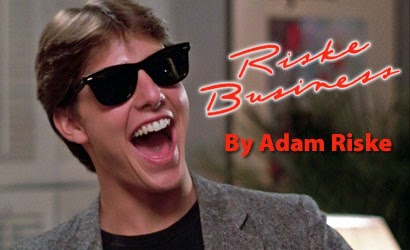 Why am I writing about this in March? Because it’s nice outside in Chicago and this is the movie equivalent of prematurely running at the lake with my shirt off.

10. The Avengers: Age of Ultron – Do I want to see this movie? Yes, but I wasn’t a huge fan of the first Avengers movie (it’s clunky to me) and much preferred some of the stand-alone Marvel features that came after the original Avengers. I hope the sequel continues the momentum gained with Captain America: The Winter Soldier and is less comic-booky. I understand that’s a stupid argument but it’s just my personal preference. The first one just feels weightless to me – like Batman Forever or something. Also, I don’t love the trailers for Age of Ultron. They’re fine but they don’t get me all that excited. Plus (sorry I’m ranting), give The Avengers a better score please (admittedly the score in the final trailer is pretty good). And why can’t they give The Hulk another stand-alone movie?

9. Tomorrowland – Because Brad Bird. And it’s not a sequel, remake or re-imagining. Plus it comes out May 22nd which makes this my birthday movie. The trailer doesn’t blow me away (not another “chosen one” story) but it’s colorful (which I like) and Britt Robertson’s cute, so I’m on board.

8. Insidious: Chapter 3 – I’m a big fan of this series. Both the original and sequel were scary, fun and very re-watchable. They have become #ScaryMovieMonth staples in the Riske household. I wish the third entry wasn’t a prequel, but I guess the ending of Chapter 2 sort of painted the filmmakers into that corner. I’m most curious how Leigh Whannell (in his directorial debut) will fare without James Wan this time around. 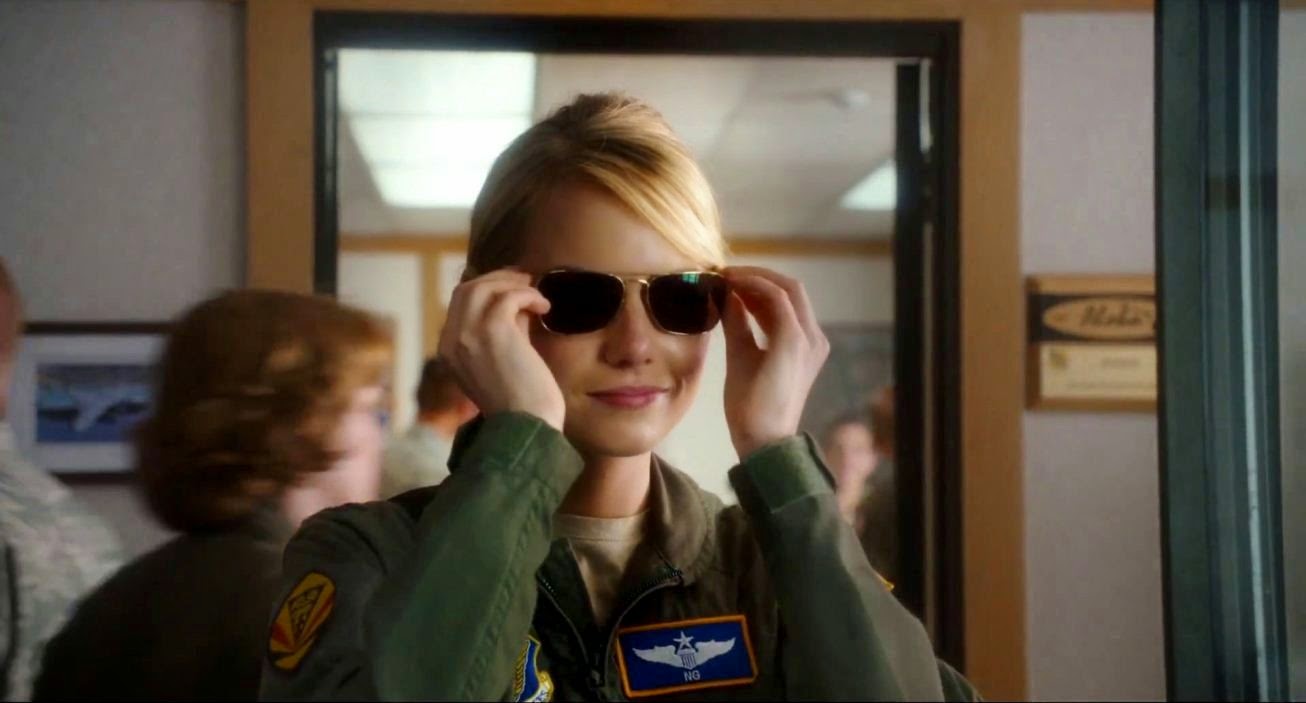 7. Aloha – Writer/director Cameron Crowe’s latest is giving me a slight Elizabethtown vibe, but I’m really rooting for him -- especially after the wonderfully pleasant surprise that was We Bought a Zoo. His new movie is a romantic comedy starring Bradley Cooper (Excelsior!) and Emma Stone, who I’m crushing on big time these days. I can’t wait to see the two of them together in this genre. Plus, Aloha co-stars Rachel McAdams, who is pretty effervescent as well.

6. Inside Out – I really want to see another unanimous success from Pixar. It seems like in the past few years, everyone is saying that Disney’s Animation studio (Frozen, Wreck-It-Ralph) or Dreamworks (the How to Train Your Dragon franchise) is out-Pixar’ing Pixar and that’s too bad because Pixar was such a beacon of quality for such a long time. I really want to see Inside Out be a cute, funny home run and quiet the naysayers.

5. Straight Outta Compton – I have a fondness for rap/hip-hop music from the late '80s and early '90s, so I’m very excited to see the story of N.W.A., a group I was too young to really follow when they first came to fame. Plus, these guys wore Chicago White Sox hats, which is a good look. Straight Outta Compton looks energetic and fantastic.

4. Mission: Impossible V – The latest entry in the best action series going outside of Bond and The Fast and the Furious. The latest is directed by Christopher McQuarrie (Jack Reacher), who also wrote the awesome Edge of Tomorrow. The cast from Ghost Protocol is back and Tom Cruise is going to be kicking more ass. What’s not to like? If you would have told me ten years ago that I would be super-excited for a fifth Mission: Impossible movie, I would have thought you were crazy but here we are. Since M:I III, these movies keep getting better.

3. Mad Max: Fury Road – This movie looks so badass that it’s my #3 most anticipated movie of the summer despite never having seen a Mad Max movie in its entirety – I will fix this before Fury Road. The make-up, the crazy costumes, the mix of what looks like practical stunts with CGI, Tom Hardy, George Miller…what’s not to like? This looks like the “cool” movie of the summer. P.S. Please be in IMAX. 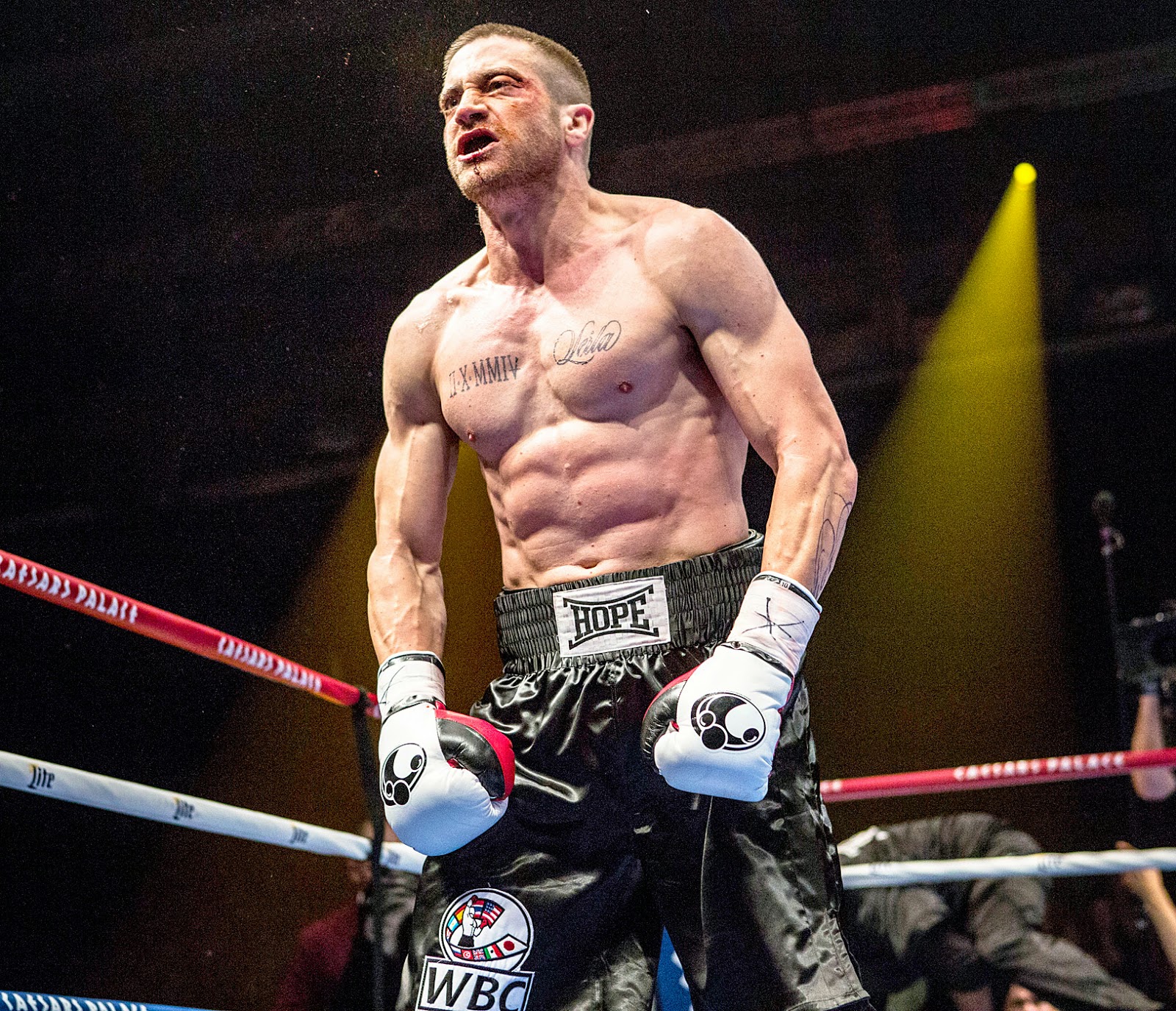 2. Southpaw – The new Jake Gyllenhaal movie about a troubled boxer. This better be the movie that gets him the Oscar he deserved for Nightcrawler. Sort of a make-good. Look how jacked he is? This dude’s incredible.

1. Jurassic World – A sequel to Park? How could this not be my most anticipated movie of the summer? I love the conceit that we’re going to see Jurassic Park as a fully functioning theme park with customers and I’m curious to see what Colin Trevorrow (Safety Not Guaranteed) brings to the table in his first big-budget studio release. I am not crazy about the trained raptors (that’s a stupid hurdle that the movie probably didn’t need), but just the idea of going back to this world is super exciting to me and gives me fits of nostalgia for the original. Jurassic World doesn’t have to be as good as Park (how could it be?), but if it’s a significant improvement over the two sequels then I’ll be a happy camper.

Ant-Man – I’m of two minds about Ant-Man. I like the cast and I want the movie to work (despite the bogus departure of Edgar Wright, who, if he was still involved, would have made this one of my top 10 most anticipated movies of the summer). On the other hand, isn’t it good for Marvel to have one failure? I mean they put out quality product, but shouldn’t they have a speed bump every once in a while just to prove that we don’t need a billion superhero movies?

Fantastic Four – I’m not sure I’m down for another somber superhero movie (which the underwhelming teaser trailer would leave you to believe this new one is), but the cast is pretty stellar, including Michael B. Jordan and my boy Miles Teller. Is it just me or does this new Fantastic Four look stylistically very similar to X-Men: First Class? On the plus side, I’m looking forward to seeing director Josh Trank’s (Chronicle) next movie. 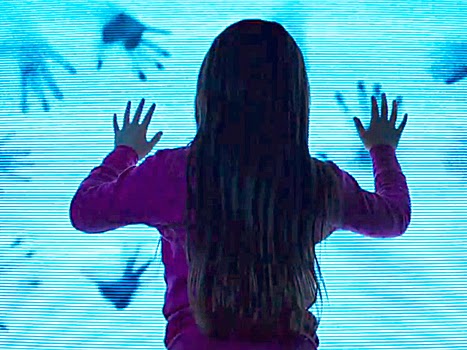 Poltergeist – I’m not the biggest fan of the original Poltergeist, and horror remakes are almost never good, but I am curious to see what director Gil Kenan (Monster House, a movie I love) does with the material. Plus, it has a solid cast including Sam Rockwell and Rosemarie DeWitt and a pretty good trailer.

San Andreas – On paper it sounds pretty good – The Rock, Carla Gugino, the “omg is she pretty” Alexandra Daddario, a disaster movie in the summer etc., but it’s directed by Brad Peyton, whose resume is pretty wonky (Cats & Dogs: The Revenge of Kitty Galore, Journey 2: The Mysterious Island) so I’m not sure what to think. I’m hoping for a pleasant surprise.

Trainwreck – I want to still be a fan of Judd Apatow, but he’s making it really difficult these days. This is 40 was total ass and I’m worried that he’s completely lost it. The good thing about Trainwreck (starring Amy Schumer, who I have never seen in anything – even stand-up) is that it doesn’t look like it has Leslie Mann or Apatow’s kids in it, so that’s progress. I am a bit worried about LeBron James being the best friend character to Bill Hader (yay!) because LeBron is not funny. I don’t know. I want this to work and be a return to form for Apatow, but I’m dubious about that prospect.

Ones I Want to See Fail

Entourage – This whole enterprise is so smug. How is this material still relevant?

Pan – A movie no one asked for and no one is looking forward to. Director Joe Wright is pretty hit (Pride & Prejudice, Hanna) and miss (Atonement, Atonement, Atonement) and the prospect of returning to Neverland feels like absolute fucking homework. Every time I’ve been in a theater where this trailer plays, you can feel hundreds of eyes rolling. Also, what is Garrett Hedlund doing with his voice? He sounds like he’s doing a bad Heath Ledger Joker impression. On the plus side, Rooney Mara is a total fox and she’s in this.

Pitch Perfect 2 – I did not see the first one but just the trailer for the sequel makes me want to kill myself… violently (that’s a Troll 2 joke, anyone get that?). Rebel Wilson is the antithesis of funny and I can no longer take Anna Kendrick seriously after Bromley outed her as having one expression. This is the type of movie that’s nerdy but trying to be cool (because it’s in-on-the-joke of being nerdy) but actually is just intolerable. Also, fuck comedy sequels.

Spy – I want this Melissa McCarthy thing to stop. She’s not funny! She just swears a lot and thinks that is inherently hilarious. Whatever. I am somewhat curious about Spy because it’s the tie-breaker for Paul Feig after the really funny Bridesmaids and the shitty The Heat. Plus it has Rose Byrne as the villain, which is great because the world needs all the Rose Byrne it can get. She’s the best. BTW…I see this trailer before every movie nowadays. I can’t wait for it to be released just so I can stop seeing the preview.

Ted 2 – I liked the first Ted but comedy sequels have to stop. This new one looks a tad plot-heavy to me, too. None of that will matter, though, if it’s funny. I miss comedies that are funny. 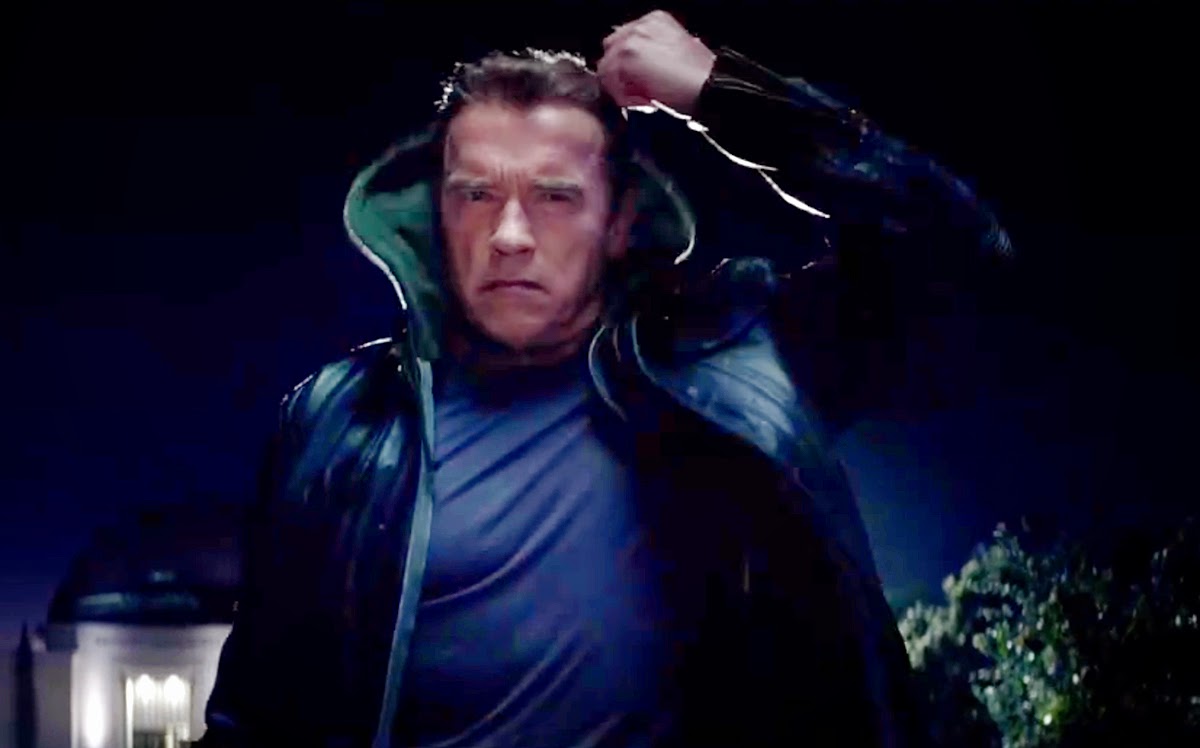 Terminator: Genisys – Every new Terminator movie denigrates the first two. They need to stop making Terminator movies. That’s the bottom line. That aside, Jai Courtney? He makes Sam Worthington look like Denzel Washington. Why is this guy in so many movies? Also, I’m not interested in old, gray-hair Arnold being in a Terminator movie. It’s just embarrassing at this point. This looks so silly, like it’s a Terminator greatest hits album.
Posted by Patrick Bromley at 12:00 PM