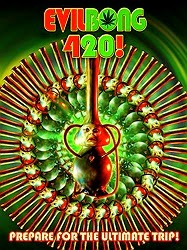 A few weeks back I did a Full Moon Fever column on the original Evil Bong in which I called it Full Moon's first sitcom. Well, now they've called my bluff and released a feature that's only slightly longer than the average TV show.

At 53 minutes (including opening and closing credits), Evil Bong 420 is barely a movie. The content doesn't help, either. It's basically a couple of people hanging out in a bowling alley and talking about weed. The Evil Bong -- or E.B. as she has come to be known -- barely shows up, and when she does it's not to do anything that matters. More screen time is given over to The Gingerdead Man, as their continuities have mixed since 2013's Gingerdead Man vs. Evil Bong. So not only is it barely a movie, but with what little of it there is it's barely an Evil Bong movie. 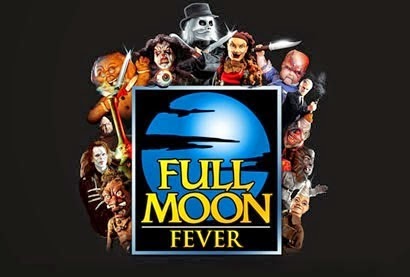 As Evil Bong 420 opens, franchise fixture Rabbit (Sonny Carl Davis, the guy who wants a refund in Fast Times at Ridgemont High) has escaped the "bong world" and has opened his own topless bowling alley. His only real employee, Phoebe (Mindy Robinson), has to spend the day fighting off the advances of the customers. Rabbit's old friend Larnell (John Patrick Gordon) stops by with girlfriend Sarah Leigh (Robin Sydney, here playing her character from the Gingerdead Man series and not the previous Evil Bong films) for a visit and gets caught up in something of a love triangle with his ex, Velicity (Amy Paffrath). And, of course, E.B. returns from the bong world to get Rabbit back, bringing along The Gingerdead Man, who's mostly along because he wants to get laid.

Very close to nothing happens in this movie. There is a great deal of female nudity, which has become more and more a part of Full Moon's movies in recent years. There's one sort-of inspired but gross gag involving the Gingerdead Man having sex, which is the closest the movie comes to a spark of life. Ooga Booga shows up for no real reason, but I'm not complaining because I get a kick out of the "shared universe" bits that Full Moon does. In fact, Ooga Booga is the only "creature" in the movie that actually does anything, and even that's just shooting an arrow into the eye of a redneck. It's the single moment of horror in this horror comedy. The performances are all ok; Mindy Robinson seems to be having fun and Sonny Carl Davis is believably crazy. The movie could use a whole lot more Robin Sydney and Amy Paffrath, though, and not just because they kiss. Both are natural and comfortable in their roles in a way that not everyone is, and it lends Evil Bong 420 a certain respectability it might otherwise be missing. 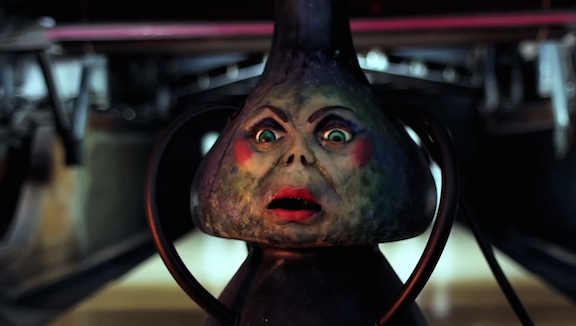 I have said before that as someone not interested in drug humor and who has never partaken of so much as a hit off a joint (Lady H is my jam), the Evil Bong series just isn't for me. I shouldn't express disappointment over the fact that I didn't love something that wasn't made for me in the first place. But my disappointment with Evil Bong 420 comes less from a "not into drug stuff" than it does from a feeling of "so it's come to this." Shot in three days on what appears to be the company's lowest budget to date, Evil Bong 420 feels like the period at the end of a sentence -- the definitive proof that the salad days of Full Moon are long since past and the company is just scraping by at this point. I don't necessarily believe that's true, as both the streaming service and their merchandise have proven to be lucrative. Full Moon is staying afloat, and for that I am thankful. But it comes at the cost of making good movies.

It's been building to this for quite some time, as more and more of Full Moon's recent output has followed the same small cast/single location/very little plot template. While it has resulted in some movies I haven't loved, I understand what's going on. The business has changed so much -- particularly the video rental market, where Full Moon used to do a lot of its business -- and the bottom has fallen out in such a big way that it's hard to finance movies anymore, especially when you're a total independent. I have never begrudged Full Moon that fact. But Evil Bong 420 makes me wonder if it's still worth it. 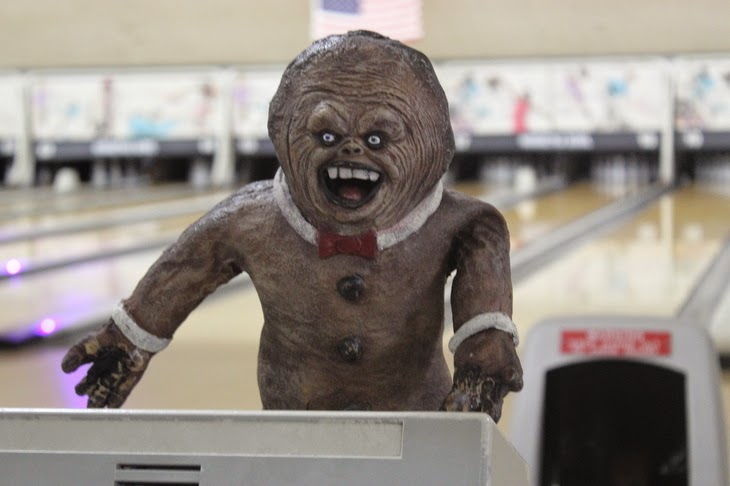 One of the things I'm always advocating with these smaller, cheaper (even by Full Moon standards) efforts is that they be creative within their restrictions; it's probably difficult to disguise the fact that the movie was shot in three days, but it doesn't need to feel like it was written in one. I know it's possible, too, as last year's Trophy Heads accomplished exactly what I'm talking about. It's clever and creative and feels bigger than it is and works around every one of its limitations. I know that's not possible with every new movie and I don't expect Evil Bong 420 to be as good as Trophy Heads, but I at least want to feel like their giving it their best effort. 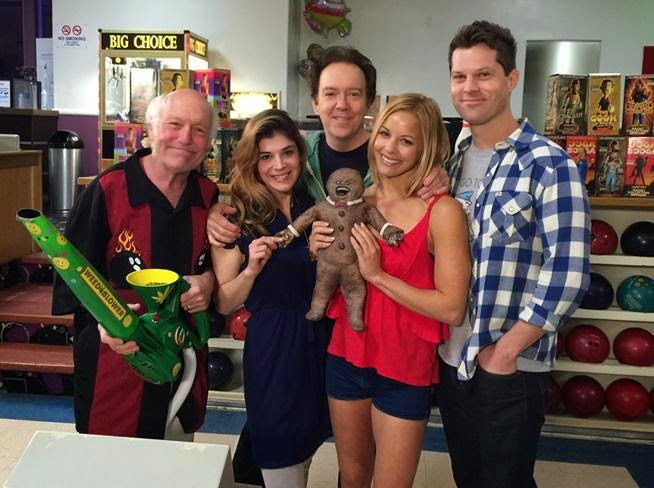 The stakes were high for Evil Bong 420, as it's the first original feature produced for Full Moon Streaming (Trophy Heads was technically a series) and is the company's first film to simultaneously debut on their service as well as Amazon Instant Video, Vimeo, GooglePlay, HULU, ConTV and a few other streaming video services. It's a big launch -- one that will test the viability of Full Moon's new business model. Because I'm a fan of the company and a believer in what Charles Band is trying to do with it, I want them to be putting their best foot forward. I'm just not sure Evil Bong 420 is it.