Once you're done watching Daredevil this weekend, how about giving these movies a try? Adam Riske: Life Partners (2014, dir. Susanna Fogel) Sometimes a single performance can make a movie, and that is the case with Leighton Meester in Life Partners. While her co-stars Gillian Jacobs and Adam Brody are good too, Meester's performance is my big takeaway from this movie and makes it worth recommending. She's very endearing and pretty funny too. This is the type of nice, comfortable little movie that's perfect for watching at home on a lazy afternoon. 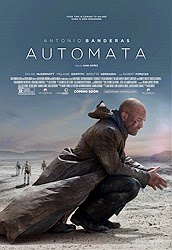 Adam Thas: Automata (2014, dir. Gabe Ibanez) When you first start watching Automata, you’re going to ask yourself the same question I did: “How did Dylan McDermott land two roles in post-apocalyptic robot movies?” Yes, Dylan McDermott stars in both Hardware and Automata, both movies that take place in the future where robots and humans live together. However, unlike Hardware, the majority of this movie doesn’t take place in an apartment. Automata gets its name from the “Automata Theory,” which is the theoretical study of computational problems and artificial intelligence. Knowing that, you know what you’re in for with the movie. It is the type of movie that defines “Sci-fi” in my book, in that feels more like an Isaac Asimov book, especially when it comes to Automata’s interpretation of robots. It takes place in the future and raises questions about our own humanity using outside influences. It’s your typical setup, where everything basically sucks and we follow Antonio Banderas as Jacq Vaucan (a poor man’s Rick Deckard), an insurance adjuster who handles claims made against robots. For the most part, the movie is a mystery that slowly unravels with bouts of action mixed in between. What I really loved most about Automata was its use of practical effects. Almost all of the robot scenes are done using actual robots, so you get a very real interaction between the characters and the robots. Obviously there are limits, so CGI is used in a number of scenes, but it gives it a much more real feeling to the interactions and much more of a practicality to the robots. Does it have its problems? Of course, but in the end I found Automata a very smart movie and satisfying for my needs of all things science fiction. 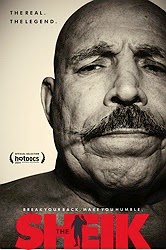 Heath Holland: The Sheik (2014, dir. Igal Hecht) The Iron Sheik is one of the greatest bad guys in the history of the wrestling business, and his battles against Hulk Hogan during the '80s made him a household name for a generation of kids who took their vitamins and said their prayers. This documentary offers an intimate look at the struggles of Khosrow Vaziri, an Iranian immigrant who left an unbelievable life in his own home country (he was the personal bodyguard of the Shah of Iran) and found great success in America, where he eventually became World Heavyweight Champion and was hated by millions. Capturing Vaziri's very real struggle with substance abuse over the course of the eight years that it was filmed, it chronicles his battle to conquer an addiction that was killing him. If you liked Aronofsky's The Wrestler, this is for you, because the fact is even more interesting (and uplifting) than fiction. Produced by friends of Vaziri's family and featuring interviews with more than two dozen famous wrestlers, it has to be seen to be believed. Iron Sheik number one! 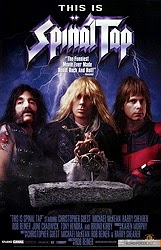 JB: This is Spinal Tap (1982, dir. Rob Reiner) I have actually been screening this film in class this week as part of a unit on "The Documentary Film," so I get to watch it three times a day. I am amazed at how little the film dates and how well it holds up. FULL DISCLOSURE: I am not telling my students that the film is fictional. Enough time has passed that my current students are not familiar with the other film and television work of Spinal Tap's cast. (One student recognized Fran Drescher from The Nanny). I will eventually reveal to them the film's subterfuge; some of them are already beginning to suspect... This film is funny in an often- subtle way that we really don't see too much in contemporary comedies. It's all here: the exploding drummers, the black album cover, and the hilarious TSA airport security scene. If it has been a while, enjoy this fine comedy film again. Turn it up to "11." 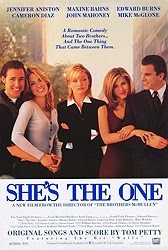 Patrick: She's the One (1996, dir. Edward Burns) Ed Burns has a fascinating career. He's a guy who probably doesn't need to make movies -- he could make a living as an actor -- but continues to write and direct super low-budget, personal movies at a pretty steady pace simply because he is a born filmmaker. His movies are all pretty similar and there are very few I would argue need to be seen, but I admire his consistency and his commitment to independent film (he's even written a book on the subject for anyone interested). His second film, She's the One, was supposed to be his move up to the majors; after getting a lot of attention and winning the Audience Award at Sundance for The Brothers McMullen, Burns was courted to make a film for Fox. Though still low budget by Hollywood standards, it's got movie stars in the cast and a terrific soundtrack by Tom Petty. It's also still very much an Ed Burns movie -- in many ways a re-telling of McMullen. I really like the movie. It's talky and occasionally self-satisfied in that '90s Sundance way, but there's some darkness to it that undercuts what is otherwise a pleasant romantic comedy. It was also made during the years that Cameron Diaz was an interesting actress picking interesting projects, and she's really good; a brief, wordless exchange with Burns is the highlight of the film. Even if you don't like the movie, you should get the Tom Petty soundtrack. It's so good. #Walls4Life
Posted by Patrick Bromley at 11:00 AM