You can only analyze every shot of the new trailers for Star Wars and Batman v. Superman so many times, so here are some really good movies to watch when you're finished. 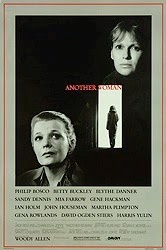 Adam Riske: Another Woman (1988, dir. Woody Allen) I saw this movie a few years ago when I was binge watching Woody Allen dramas and I was really taken aback by how much it moved me. It's a great movie about the consequences of your actions on others and the resolve to be a better person. I can't recommend this one highly enough. 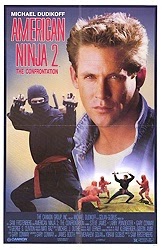 Adam Thas: American Ninja 2: The Confrontation (1987, dir. Sam Firstenberg) I know it may be controversial in some circles, but I think I enjoyed American Ninja 2 more than the original American Ninja. A few months ago I recommended the first American Ninja and in the comment section Joseph Finn wrote how the poster for the movie epitomized '80s action, a statement I could not agree more with. American Ninja 2 takes all the stereotypes of '80s action movies and turns that shit up to 11! It almost feels like you are watching the best parody ever. The movie opens with Michael Dudikoff and Steve James reprising their roles as Army officers sent to work at a Marine post because of a “mix up.” What follows is a ton of women in bikinis, Technicolor ninjas and genetic engineering. It’s got some great fight scenes, mostly because James and Dudikoff do their own fighting so you can see the action. This is the best 90 minutes you can spend on Netflix this weekend. 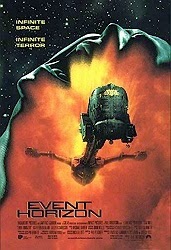 Heath Holland: Event Horizon (1997, dir. Paul W. S. Anderson)  The movie that scared the pants off my eternal soul has finally come back to Netflix Streaming. You can watch the film and then listen to the podcast Patrick and I recorded, in which years of irrational, fear-based indoctrination came spilling out of my fractured psyche. Not my finest moment, but you WILL believe a man can cry. Ah, good times. 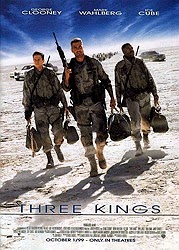 JB: Three Kings (1999, dir. David O. Russell) I love this movie so much I have only ever watched it once. Three Kings is one of those special films that so weave a magical spell, I cannot bear the thought of the film not holding up after a repeat viewing. I will live with my memories, thank you. Three Kings may not be one of the most realistic films made about the Iraq war, but it has a seriocomic, slightly ironic, and slightly surrealistic tone that matches its subject matter. I love Mark Wahlberg's quandary when he is locked up in the cell with cell phones, I love the exploding cow, and I love that fact that director Russell and star George Clooney allegedly came to blows during filming. Where is our behind-the-scenes featurette about (or YouTube video of) THAT? 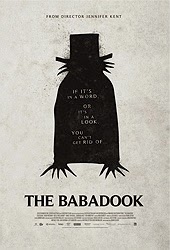 Patrick: The Babadook (2014, dir. Jennifer Kent) I was a big fan of this movie when it came out last year, so I'm excited to see it land on Netflix Instant so soon after being released on DVD and Blu-ray as it means more and more people will be discovering it. Not everyone will love it -- especially with sky-high expectations after hearing so many people rave about it (including William Friedkin, who inadvertently damned the movie by calling the scariest one ever made) -- but hopefully even those who aren't wild about it can at least recognize the strength and assuredness of Jennifer Kent's debut feature and the impossibly sad beauty of Essie Davis' performance. This is a really good, really personal horror movie. If you haven't yet seen it, take the time this weekend to turn off all the lights, crank the volume way up and approach it with an open mind. Dook dook dook.
Posted by Patrick Bromley at 12:00 PM