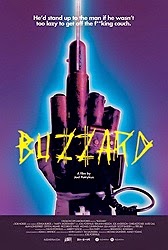 You should see this movie.

Buzzard, from writer-director Joel Potrykus, tells the story of Marty, a bored, dim-witted temp at a mortgage office. Marty is a small-time scam artist always on the make. One day he takes a batch of undeliverable checks from work and attempts to parlay them into some easy money. Things don’t work out as he plans. Did I mention Marty is also turning his Nintendo Power Glove into a Freddy Krueger glove and is obsessed with the horror genre, death metal music and Hot Pockets? 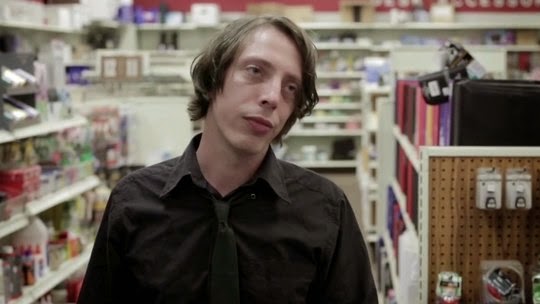 Recently on the Backdraft podcast, I was lamenting the fact that independent filmmakers are becoming too reliant on their heroes (e.g. John Carpenter) and are not contributing original voices of their own, either in story or style; perhaps both. As if the movie gods heard me, they allowed me to stumble onto Buzzard this weekend (on VOD) and I’m so glad that happened. It’s an original and bizarre character study with something on its mind. The movie works as a dark comedy (paranoia and violence are often bubbling at the surface), but also as a character study about an unlikeable slacker with whom you can empathize. There are a couple of scenes where Marty calls his mother and his shame and embarrassment about himself are palpable and heartbreaking. If you’re the type of viewer that can appreciate a movie with a largely despicable lead, this is for you. If that is a barrier you can’t get past, skip Buzzard. Also, maybe grow up.

Buzzard is a movie that’s hard to categorize; sometimes it's in the vein of Office Space and Napoleon Dynamite and at other times closer to something like After Hours or Taxi Driver. It’s the type of movie that has the freedom to go where it wants to go which left me, as a viewer, often surprised. The mood is interesting; you can never get your bearings as to whether or not this is a light comedy or a movie headed someplace dark and edgy. It’s a really interesting movie (few movies convey panic better than Buzzard) and one that’s hard to forget. 2015 has been pretty weak year so far for cinema, and this is one of the first movies I think I’ll remember come year-end. 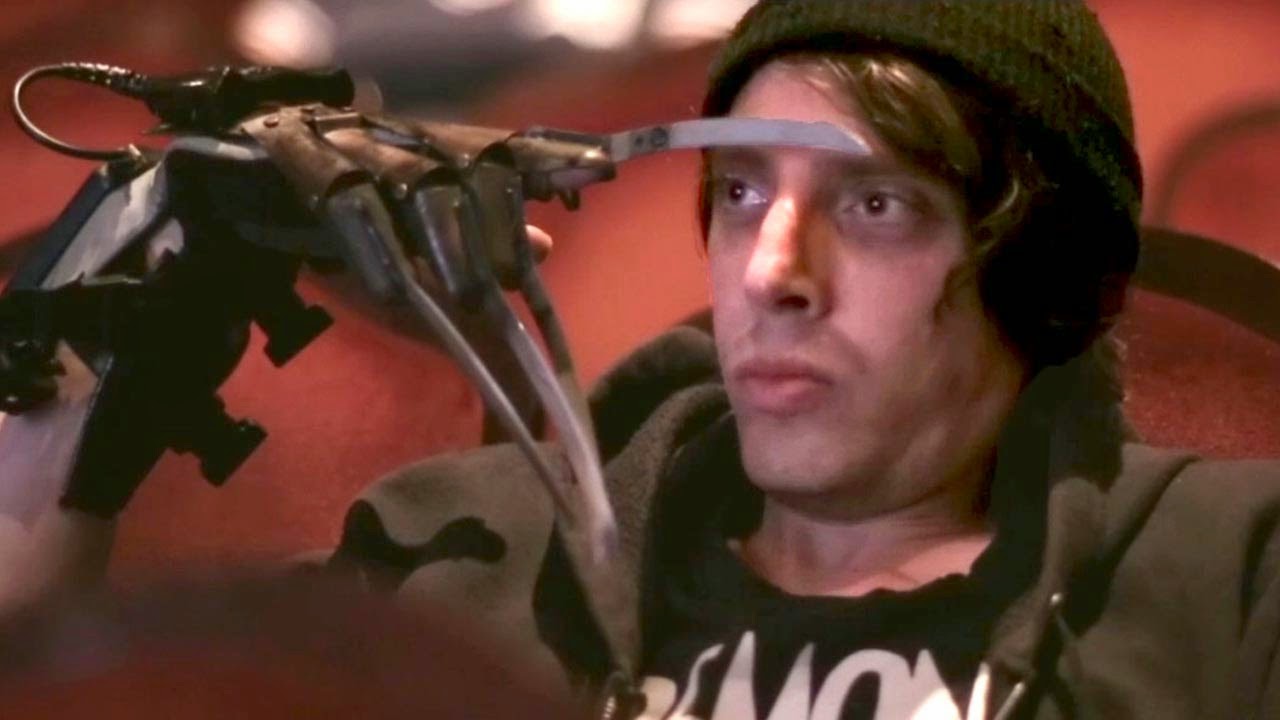 The standout of Buzzard is the lead character of Marty, played brilliantly by Joshua Burge. Burge, looking like a young William Fichtner, has a similar emaciated creep look as Steve Buscemi and also the same sadness in his eyes and mannerisms. Marty is a slacker for whom there is little hope. He has lost interest in participating functionally in society (which has little use for someone like him), so he roams around as just this messy bubble of pop culture and misguided, amoral impulses. He’s a time bomb waiting to self-destruct and can only barely hold onto a veneer of normalcy for so long. He’s a character that doesn’t even seem to want to be happy; he just gravitates mindlessly into trouble. I hate saying this but, just based on Marty’s appearance, he reminded me of some of those seemingly lost souls I see at horror conventions or horror marathons. What are they like in their everyday lives? Quick note: I’m not trying to imply that Marty represents all attendees of horror cons/marathons, but some of them must be like him, living in a run-down house with a Freddy poster hanging in the kitchen.

Speaking of kitchens, I’d be remiss not mentioning how interestingly food plays into this movie as an emotional cue. There’s a scene where Marty checks into a posh hotel and orders $20 spaghetti for room service and the movie holds on Marty eating his dinner for four minutes straight, smiling and enjoying himself for once. It’s a scene that I found personally affecting. Have you ever had that feeling where a good meal or a nice hotel room can represent an escape for just one night? As counterpoint to that, he later eats Spaghetti-O’s in a much dingier hotel room and his facial expressions speak volumes. There’s also a Bugles eating sequence that is crazy. I have no idea how they shot that. I’m sure what they did was simple but it blew me away. Just saying. 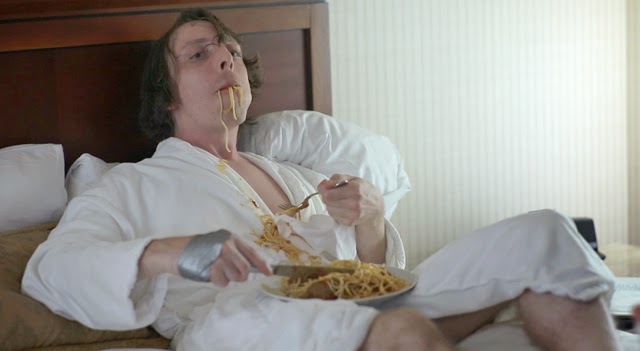 This is very strong work by Joel Potrykus. He also acts in the movie (in the weakest section where he plays a cartoonish office coworker of Marty), but it’s the writing and directing where he really shines. The movie is skillfully shot with crisp photography -- the kind that makes a low-budget movie look more expensive than it is. I also really admire his willingness to just let his lead character be as opposed to judging or moralizing him. It always feels like internal logic and behavior of a real, specific individual. I’m very eager to see Potrykus’ previous movie (also starring Burge) called Ape. As evidenced by Buzzard, he’s an interesting voice in independent film.

Buzzard is a real find. It’s a little uneven (the first act is strong, the second is weak and the third is pretty great and suspenseful) but I was surprisingly moved by it. It feels sort of fun while you’re watching it until it doesn’t, and you realize afterwards the movie’s depth. It stays with you. I think Buzzard will improve with familiarity and is a movie I can’t stand the thought of never seeing again. It’s original and striking but I fear is in danger of being overlooked.

Buzzard is currently available on most VOD platforms and well worth seeking out. Below you can find the trailer.