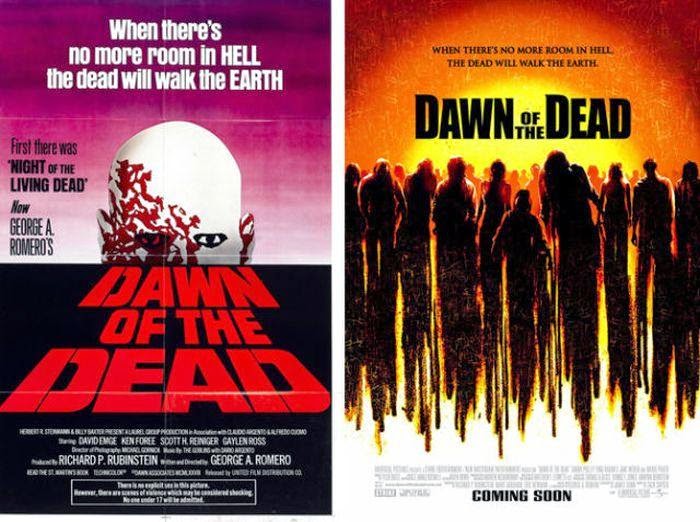 Patrick and Doug are best friends who don't always see eye to eye on movies. They don't fight! Just disagree. And their first disagreement is about zombie movies.

Patrick: Douglas, I think I know how you're going to answer this and it's not the way I'll answer, so I thought this would be a good debate to kick off our new column. THIS OR THAT: Dawn of the Dead 1978 or Dawn of the Dead 2004?

Doug: THAT. Is that how this is done? I just get to yell "THAT" and the conversation's over?

OK, OK ... Dawn of the Dead (2004). I like it better than George Romero's original. SUE ME. Guess zombie pie fights and orange blood really said something subversive and unique about our consumeristic culture in 1978. In the 21st century, however, notsomuch.

Now tell me why I'm wrong (please begin your next sentence with "THIS" [it's called BRANDING, doy]).

Patrick: THIS: Dawn of the Dead 1978 is better than almost every horror movie. It's not scary in the visceral way that visionary filmmaker Zack Snyder's movie manages to be, but it's also much, much more human. I can't remember where I first read this (sorry, thoughtful writer), but someone once wrote that DotD '04 took a movie that was about SO MANY THINGS and made it into a movie about nothing. A good movie about nothing! But nothing. Romero's DotD isn't just one of my favorite horror movies ever -- it's one of my favorite movies period.

Doug: THAT (can we keep this going?!). Listen, I know my job here isn't to convince you to change your mind (right? I mean, in fairness, you still haven't told me what it is I do around here [light filing?]). But when you say that Romero's DotD is one of your favorite movies of all time (transcending the horror genre), that's kind of the end of the conversation, no?

I will say that I think DotD '04 does more than NOTHING well -- it is legit scary, something the original isn't. Isn't that something? It's also great to look at, well acted and wonderfully paced (the opening sequence alone makes up for any stumbles [and there are a few] that happen in the third act). Surely, that counts for something (beyond NOTHING). 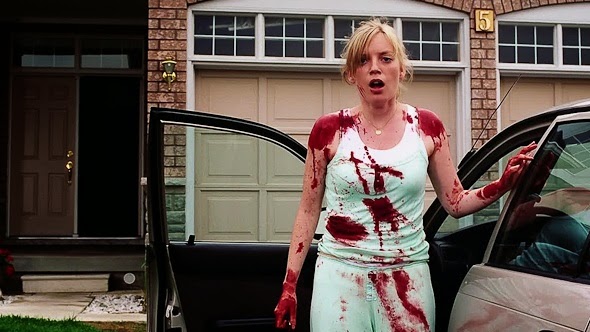 I'd also argue that, while Romero's DotD WAS about so many things, its impact is largely lost today. And, aside from consumerism, what are, exactly, those other things? What's it about? Seriously -- I'm asking. I don't think it's quite as thoughtful as everyone gives it credit for. I also think that it's a mix of serendipity and right-place-right-time for Romero, because [obviously] he has given us crazy diminishing returns for decades now. Where is his unique, insightful voice? Surely, if he was able to capture "lightning in a bottle" with DotD '78, he'd be able to do it again (or, at the very least, show us glimpses, which he hasn't).

Patrick: I don't want to change your mind! Our purpose here is not to "win" (I already won), but to pick a side and explain why we prefer one to the other. GET IT RIGHT ON THIS FIRST TIME WE'VE EVER DONE THIS.

THAT: I didn't say DotD '04 does nothing, I said it's about nothing. It's a very good movie! One of my favorite remakes. It's very tense and scary, and except for that bullshit coda ending I love it. I just don't think it has much to say about pretentious stuff like THE HUMAN CONDITION. 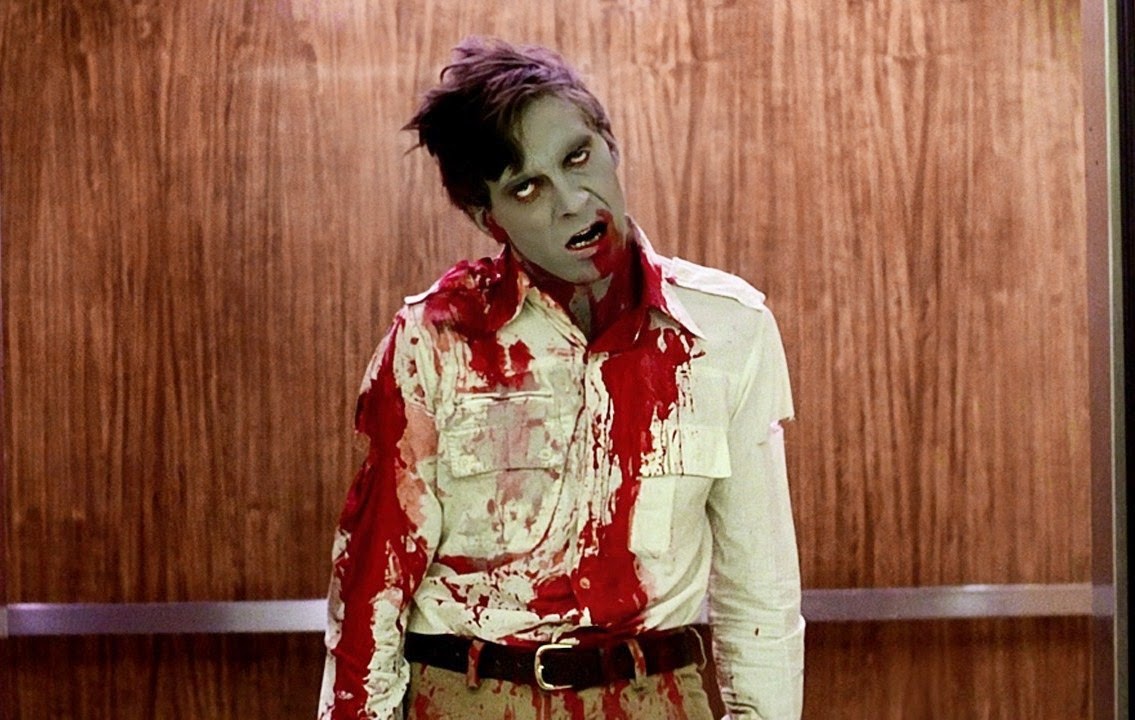 The Romero conversation is probably a different one. I'd maintain he made interesting-to-good movies all the way until Land of the Dead, which has a lot to like in it (Mouse) even if it doesn't all (Mouse) work (Mouse). And he's certainly not alone in the horror-directors-with-diminishing-returns, so we can't really take away ONE of his masterpieces (he has more than one) just because his later-era (era) work isn't as good. Right? I mean, I'm not shitting on DotD '04 just because I didn't dig on OWLS OF GA'HOOLE.

Doug: THIS: I'm glad you're FINALLY coming around to my side of the fence. DotD '04 IS a great remake! In fact, I really appreciate how it doesn't just go for a shot-for-shot (and/or vibe-for-vibe) redo of Romero's "classic" -- it's its own thing. An original horror entry with a fresh feel (which, unfortunately, has now been done to death) and great visuals.

For what it's worth, it's also crazy scary, something you and I [also] disagree about re: "What Do You Want from a Horror Movie?" I still think that "to be scared" is one of the main things I look for in a horror movie. Again, I can appreciate non-scary horror films, but dread and fear are such strong emotions, I'd be lying if I said they weren't factors in my enjoyment of a horror movie. DotD '04 is scary. DotD '78 is not.

Unless we define "scary" as an unregulated nuclear program or an impending asteroid or famine or whatever. Sure, all very scary. 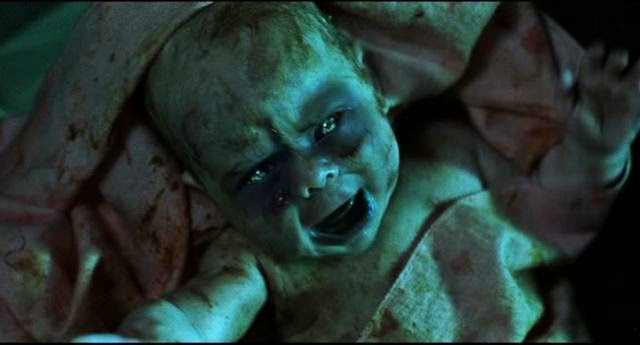 Patrick: THAT: It is a great remake! I've never said differently. And it is its own thing, too; all it retains is "zombies" and "mall." That's very smart!

Ultimately it does come down to the fact that we want different things, I guess. I might disagree that DotD '78 is not scary, though. Its scares are not immediate -- there's nothing jumping out at them and no zombie babies born and being all "Goo goo ga brains" -- but there's much more of a sense of hopelessness and loneliness in the Romero movie. The world we knew is gone despite our best efforts to hold onto it, and it's just the four of us left. I would think that would speak directly to you, because you want to want to be The Omega Man.

I agree that we probably just want different things from a zombie movie (and scary movies, in general). I also think we can both appreciate what the other movie brings to the table. That's not always the case with friendship-ending disagreements. Like this one. 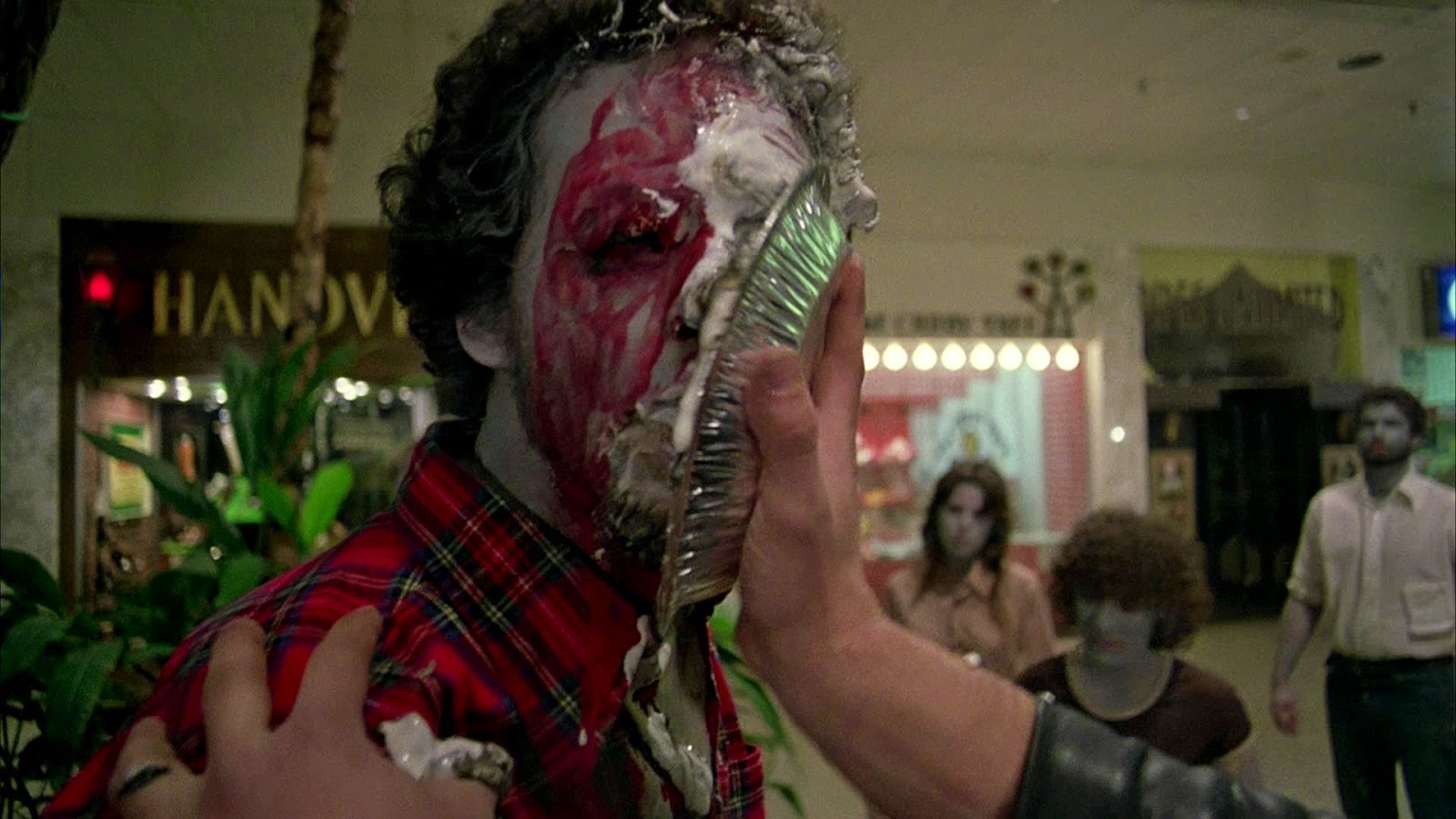 And -- not to concede ANYTHING (because this feels like winning) -- I've actually watched DotD '78 more frequently and more recently than I've seen DotD '04. Something keeps drawing me back (something ... orange?). Perhaps I'm attempting to better understand the movie's place in film history; how it influenced a generation of horror filmmakers with its new ideas and interesting perspective. But perhaps it's also to better understand you. So I guess that's something.

In any event, you're welcome.

Patrick: I think maybe we both learned a little something today.

But next time? I'll drive.

Got a suggestion for a future This or That? Leave it in the comments below!
Posted by Patrick Bromley at 5:00 AM

Email ThisBlogThis!Share to TwitterShare to FacebookShare to Pinterest
Labels: dawn of the dead, george romero, horror movies, horror remakes, this or that, zack snyder, zombie movies