Getting great Netflix recommendations from us is as easy as 1-2-3! (You see what we did there.) 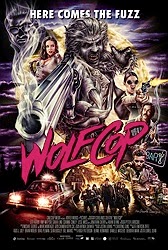 Adam Riske: Wolfcop (2014, dir. Lowell Dean) This is the type of movie that I thought was pretty stupid for the first half or so and then all of a sudden in a single scene it becomes better than 12 Years A Slave. Watch this movie and you will forever fall in love with the song "Moonlight Desires" by Gowan. 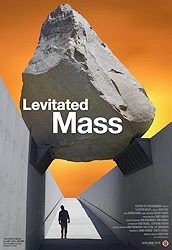 Adam Thas: Levitated Mass (2013, dir. Doug Pray) One week after recommending a movie about banking I’m recommending a movie about a giant rock. I promise I’m a fun person. Levitated Mass is a documentary about a sculpture of the same name at the Los Angeles County Museum of Art by artist Michael Heizer. The sculpture is a gigantic 340 ton boulder suspended over a man-made cement gap. As you can probably imagine, transporting a 340 ton boulder 106 miles from the quarry to the museum is quite the accomplishment in itself. It took 11 days to move the boulder, and Levitated Mass documents every stage of its journey from concept to finish. That isn’t what I loved about the movie, though. The movie is about art in general, and public reaction to postmodern minimalism. The artwork and movie aren't just about this sculpture, but more about the people and towns it interacts with on its journey. Minimalism is a hard artistic concept to sell to non-art people, and seeing the various interviews and reactions of the people in these towns was so fun. I walked away from Levitated Mass feeling so happy and absolutely in awe of how millions of people can come together to make art and that art can still have such an impact on communities. 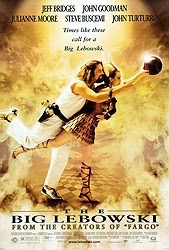 Doug: The Big Lebowski (1998, dirs. Joel and Ethan Coen) The Dude abides. Another obvious choice (I'M SORRY), but it was just made available for streaming on Netflix in the U.S. this week. So watch it (again), and then listen to our podcast (again). It's a great film. "Yeah, well, you know, that’s just, like, your opinion, man." 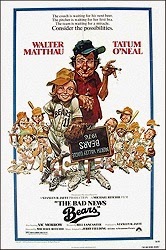 Heath Holland: The Bad News Bears (1976, dir. Michael Ritchie) In case you haven't heard, baseball season starts THIS WEEKEND. There's no better way to psych yourself up than by watching great baseball movies, and The Bad News Bears from 1976 is one of the best. Walter Matthau is Morris Buttermaker (one of the greatest names ever), the drunk coach of the ragtag team of misfit kids. In an effort to create a winning team, he recruits Tatum O'Neal as a female pitcher and Jackie Earle Haley as the MVP who would rather be doing anything else. With foul-mouthed kids who act like actual human beings, this is the kind of movie that literally hasn't been made in thirty years. It's a shame, because every character in The Bad News Bears feels real and multi-dimensional, which makes them easy to care about. There are sequels and even a remake, but the original The Bad News Bears film remains one of the best movies about baseball. 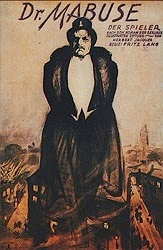 JB: Dr. Mabuse, The Gambler (1922, dir. Fritz Lang) WARNING: This one may not be for everyone. However, if you like something different, if you have four and a half hours to spare, if you don't mind silent films, and you love Metropolis? Check this out. I cannot believe that the full-length version of this is available on Netflix Instant Streaming.

Dr. Mabuse is a famous gambler and crime figure in the German underground. Watch and gasp as he fools, flim-flams, and flummoxes law enforcement officials and almost everyone else in the film. Rudolf Klein-Rogge plays Dr. Mabuse; he played mad scientist Rotwang in Metropolis. Alfred Abel shows up as Graf Told; he played Joh Frederson in Metropolis. Thea Von Harbou scripted Mabuse; she also scripted Metropolis. I would call Dr. Mabuse a Metropolis reunion, but it was made a full five years BEFORE Metropolis! Some critics have suggested that Dr. Mabuse was an early influence on the James Bond series. I don't see it, perhaps one of the sequels. Fritz Lang eventually directs three Dr. Mabuse films. Christopher Nolan has said that Mabuse was an influence on his conception of the Joker in The Dark Knight. 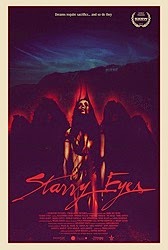 Patrick: Starry Eyes (2014, dir. Dennis Widmeyer/Kevin Kolsch) If you've been with us for 6-8 months, you've heard me sing the praises of Starry Eyes, still my favorite horror movie of 2014. If that wasn't enough to convince you to rent it on VOD or buy it on Blu-ray, now's your chance to finally see it on Netflix. Everyone -- even horror fans -- are so quick to label something the BEST EVER or OVERRATED these days (see: every conversation around both It Follows and The Babdook), which is too bad because it changes the conversation into something uninteresting and causes people to miss out on just what incredible things are happening in indie horror right now. Starry Eyes represents some of the best of what that movement has to offer. Even if you don't love it as much as I do, it would be a shame to miss it.
Posted by Patrick Bromley at 12:00 PM