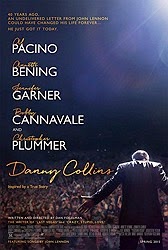 The type of movie your grandma would love and say they don’t make enough of.

Danny Collins is well-intended and also a little bit annoying. It’s not the worst thing ever, but also something I don’t necessarily recommend. The movie is about its title character but not in the way you think it will be based on the movie’s advertising and promotion (i.e. about a wild rock star who wants to get back to his artist roots). Instead, the movie is more about how that wild rock star is also a dependable person with a big heart. Maybe that’s to the movie’s credit. I don’t know. All I know is that I wish it didn’t instead take all its routes to wring easy sentimentality.

It’s a boring movie directed by writer Dan Fogelman (Last Vegas, Bolt, Crazy, Stupid, Love) in his directorial debut and is better than those movies but also of low energy and functional directing at best. You get the sense that Fogelman didn’t call for much other than letting the actors work the screenplay, who do what they can with something so dopey and manipulative. Where the movie does work, it’s on the backs of its star Al Pacino and his co-star, the wickedly talented Bobby Cannavale (an actor I really like). I cared about this movie however much I did because of those two actors. Their scenes seem to be influenced by that mid-1990s Paul Newman vehicle Nobody’s Fool, where a dead-beat dad re-enters his son’s life to make a difference before it’s too late. Danny Collins also reminds me of that movie because it leans heavily on an audience’s affection for the past performances of its star. Make no mistake: Pacino is very good in Danny Collins, better than he has been in a long time (maybe since Insomnia). He’s given something to play instead of just being a caricature of himself. 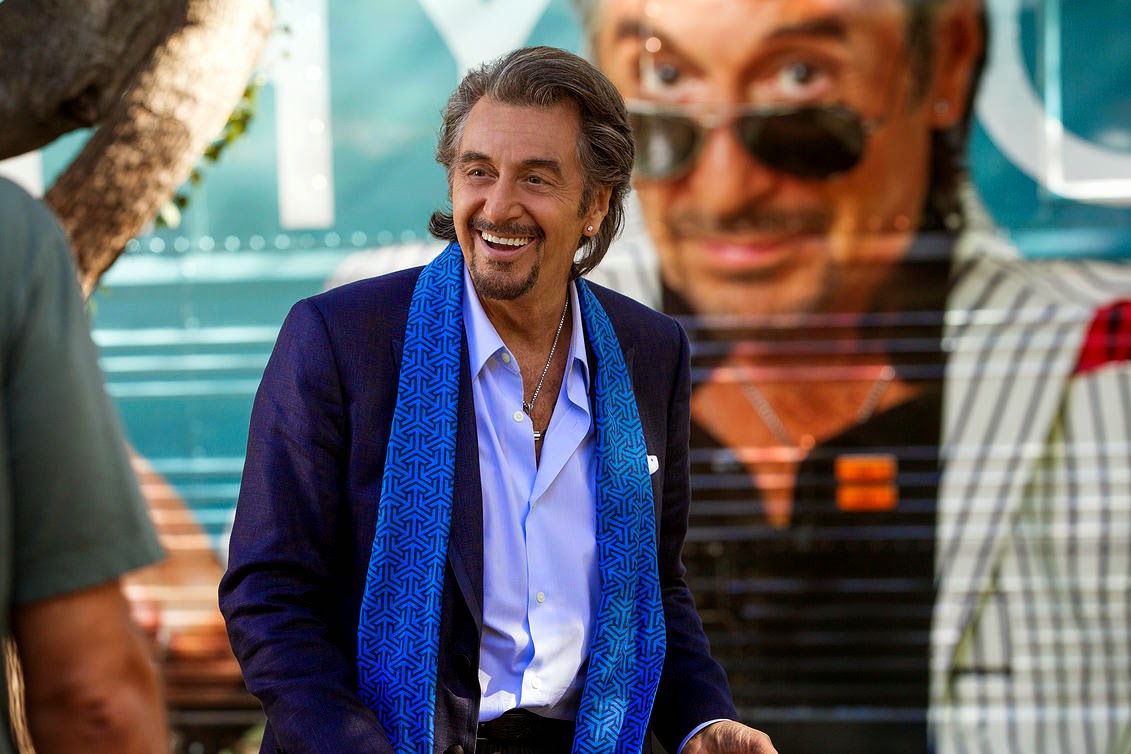 There’s a certain comfort to a movie like Danny Collins, largely because it has character types that these actors have portrayed before and could play in their sleep at this point. We’ve seen Al Pacino tired and weary but also charming before. But as I said earlier, he’s good here. Annette Benning does her severe thing that she does. I swear she’s like having a teacher that’s mad at you. I hear she’s an excellent mother, though (per Warren Beatty), so maybe I’m just being a dick. Jennifer Garner plays a mom, which is like saying Morgan Freeman is playing someone with gravitas at this point. Bobby Cannavale is his blue-collar, relatable self and Christopher Plummer is the old rascal (down to his fucking Justin Timberlake fedora, which looks ridiculous) whose attitude belies his age.

Danny Collins is one of those movies that’s inspired by a true story.* It tells the story of an aging, Neil Diamond-like rock star named Danny Collins (Al Pacino) who decides to change the course of his life for the better (and give up his hard-living ways) after his manager (Christopher Plummer) uncovers a 40-year old undelivered letter written to him by John Lennon. The movie also features many songs of John Lennon played over the soundtrack. Their inclusion does little for the movie, as their presence is surprisingly (perhaps admirably) muted and subdued. The money song “Imagine” is used fairly early in the movie during a moment where Danny Collins is in bed, imagining his life if he had received the letter from Lennon at the time it was written. It’s a little on the nose, but indicative of the level of intelligence the filmmaker is respecting of his audience. Dan Fogelman just couldn’t resist.

Danny Collins is all over the map in its ideas. At once it’s about Danny’s relationship to Lennon’s letter and then it’s not, then it’s about his fear of fame and then it’s not, then it’s about him with his family or the people at the hotel but then it’s not etc. It all comes together to play as clunky and heavy-handed. I’m usually a mark for a movie like this about someone trying to save others and save themselves in turn, and yet I rejected Danny Collins for the most part, which sort of surprises me. It’s just that its imperfections were so obvious as I watched it. I don’t think Fogelman is my kind of filmmaker. There’s authorship to his work (it’s for the grandma/grandpa crowd) but it all feels so hacky to me. I don’t mean to be unkind, but I can’t escape that being how I honestly feel about most of his work. It’s that faux R-rated thing, where the movie has cocaine use and foul language but still treats you like you’re 12 years old, leading you through the movie instead of allowing you to make discoveries for yourself. Even when Fogelman is trying to be unfussy or take economical storytelling shortcuts, he does it in a way that makes it obvious for me to see what he’s doing. It’s hard to explain, but it’s like he over-accommodates (too much dialogue) in order to be accessible so that no one gets lost by what he’s going for. Watch the last scene of this movie and you’ll understand completely what I’m trying to say. It’s a scene where the screenplay spells out what it’s going to do and then does it so the movie can end. That bugs me on a fundamental level.

The movie would have been improved if it were cut 20 minutes at the end. That would have given the whole show a vibe of something like Five Easy Pieces, a great, dark '70s character study that is raw and uncompromising, but this is 2015 and that rarely happens anymore (the last time I can think of it was Jason Reitman’s very underrated Young Adult). Since it’s 2015, the movie has to land on a soft cushion which actually betrays this character’s arc (if were’ still talking about this movie being about a rock star in relation to John Lennon). That movie would have been more interesting because we would have learned that Danny Collins might not have had the makeup to be what John Lennon wanted him to be and could have been an interesting statement on fame. Instead, the movie wants to be a more conventional family drama and jettisons much of the Lennon material. It almost feels like it was just added as a marketing hook. People like The Beatles, so let’s give them a cookie, so to speak.

I didn’t hate this movie. It has some good things going for it. Some of the dialogue scenes work and Danny Collins can be moving at times. I did tear up on a couple of occasions, but it was always something I was embarrassed by because I knew I was being worked over. It also has some surprises and is less conventional than what I expected. Pacino is fun, especially when he’s allowed to turn on the charm and be a mega rock star (plus he looked a little like my grandpa in this movie, which helps) and Bobby Cannavale is once again awesome. He makes every movie better because of his inclusion. There’s a scene where the actor has to tell the audience about his backstory and Cannavale has this great way of making you imagine his tough life growing up that is very skillful. I cared about his plight (mainly because he acts like it’s not a big deal and something he can manage) and I was affected genuinely by the outcome of his character’s arc. 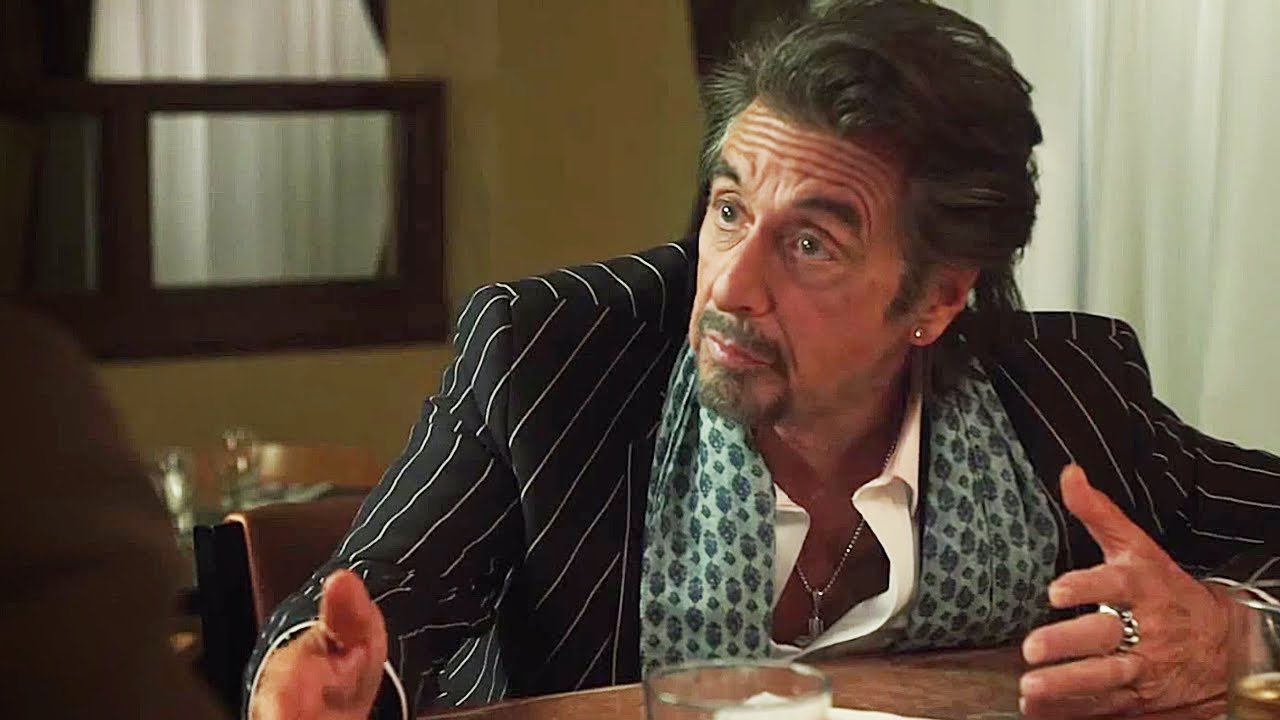 Though it has some nice moments (Pacino turning on Danny’s star power with the hotel staff, Pacino’s scenes with Cannavale), my big takeaway from Danny Collins is that it’s a movie with good actors who have to work mightily to make a manipulative, unfocused screenplay go down smoother. It’s a slog to watch and only enlivened by some fleeting moments of well-written dialogue and endearing character beats. It didn’t help matters that in the audience I was in there was a woman vocally announcing how well-written and great the movie was. Fuck that lady. She’s old enough to know to keep that shit to herself. We’re not all having the same experience, you windbag! I’m all for a movie (any movie) working for someone, but they should also acknowledge when Danny Collins is playing them like the lead character plays his Steinway grand piano.

Danny Collins is a movie that is trying to be kind and make the world a little better, but I feel like I see through its bullshit. Maybe that’s just my baggage, but I can’t give myself over to this movie no matter how much it wants me to. After it was over I wanted to go home and wash the Danny Collins off of me.

*The movie was inspired by an event that happened to folk singer Steve Tilston. It was reported that John Lennon wrote Tilston a letter in 1971, which was never delivered, after reading an interview of Tilston in ZigZag magazine where the singer admitted he feared wealth and fame might negatively affect his work. Tilston did not become aware that the letter existed until 2005.
Posted by Patrick Bromley at 12:00 PM