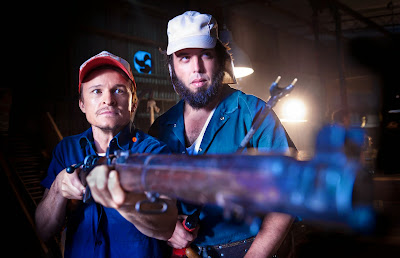 How many hours spent watching movies a year is considered a waste of time?

As some of you know, last year I attempted to watch a movie a day for the entire year. While I was unable to stick to the movie a day concept, I did manage to squeeze in 428 in 365 days. Not to be outdone by my 2014 self, I set the same goal for this year and I am, for the most part, on par comparatively. With our annual Junesploitation just around the corner (aside from Scary Movie Month, it's the best time of the year to watch as many movies as is possible), I figured I would give a quick update of some movie misses and random surprises.

I always like to have a plan set out when I have an evening of movies planned. However, more often than I care to admit, I find myself flipping through Netflix and other instant streaming avenues and wasting time by “searching” when I should be following out a pre-plotted evening of entertainment. This has led to some interesting choices, several wasted hours and alternatively some wonderful surprises! 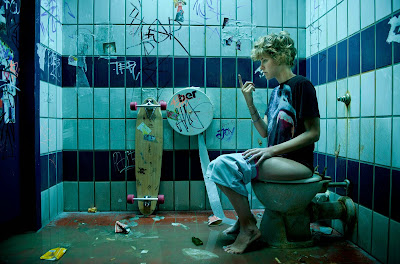 First up, the worst on my list of sad results from not planning ahead.

Jupiter Ascending (2015) – Why oh why did I not just accept Adam Riske's review and avoid this?

The Cobbler (2014) – I am so over all things Adam Sandler, I will be avoiding anything with his name on it until I get the go-ahead from Patrick. If that ever happens again.

Snitch (2013) – Fact: I have a thing for Dwayne Johnson. So much so that I sat through this from start to finish.

In addition to these, I revisited The Neverending Story for a piece on movies from my childhood that had left a bad taste in my mouth. I still can't believe it's a children's movie, as it is scarier than most horror films I have seen. While it doesn't quite fit with the theme of random selection, it most definitely falls into one of the worst films I have seen this year.

In stark contrast, some of the best movies I have watched this year were by random selection on instant streaming. The happy result of not planning ahead!

The One I Love (2014) – Another reason I am happy I did not read anything about this prior to watching it. I suggest you do the same. 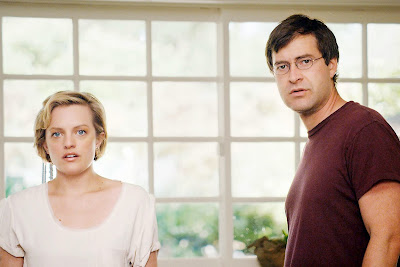 What Maisie Knew (2012) – This affected me so strongly, it still crosses my mind quite often.

100 Bloody Acres (2012) – Even just looking at the promotional posters for this gets me laughing. LOVED this movie!

Emperor (2012) – I am a huge fan of historical films, especially if they are stories from WWI and WWII. I randomly came across this movie and afterwards spent some time researching more about an event I had only known bits and pieces about.

What We Do In The Shadows (2014) – We watched this a few months ago and I have been singing its praises ever since. Hearing wonderful things about it from the guys on the podcast has me wanting to give it a re-watch.

The Voices (2014) – I still cannot believe how much fun this movie was! Almost my favourite movie I have watched this year.

Lake Placid (1999) – I had been wanting to watch this for years and years, but have never really heard much about it one way or the other. I randomly popped it on and was surprised by how beautiful this horror movie was. 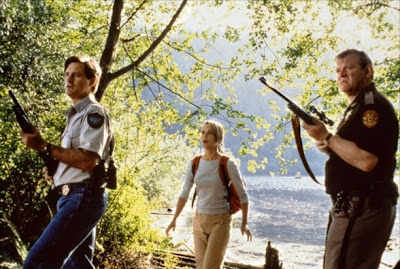 Knights Of Badassdom (2013) – Now I want to dress like a wood sprite and get my medieval battle on.

Our random movie selections have also sparked some interesting conversations with my husband Daryl, as more and more I am noticing the differences between our movie tastes. In the past, I have wound up in arguments over differing opinions (Me? Passionate about my opinion? Naaahhhhh), but I am now learning to embrace them and accept that what I find to love about something might just drive someone else crazy. After each movie, Daryl and I spend some time comparing our thoughts and give it a rating from 1-10. What I perceive to be a wonderful work of art that gets an eight or nine from me is sometimes met with a four or five from him, and vice versa. With a movie's ability to be interpreted different ways and illicit differing emotional responses from each viewer, most are able to find their audience, even if it is by happenstance. Because then I get to tell the world about how terrific The Voices was. And how I want to take Adam Sandler to court to get my two hours back that I wasted on another of his films.

Either way, it's been a terrific year so far for me. I've spent almost 300 hours absorbed in my favourite hobby: other people's art. All I want to do is top 428 movie from last year. Provided my televisions do not explode, I should be able to accomplish this. I mean, sleep is overrated anyways.
Posted by Patrick Bromley at 2:00 PM

Email ThisBlogThis!Share to TwitterShare to FacebookShare to Pinterest
Labels: 2015 movies, jupiter ascending, knights of badassdom, lake placid, the cobbler, the neverending story, the one I love