Cameron Crowe and the Bummer of Aloha 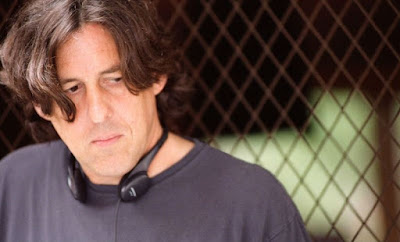 Sometimes you have to say goodbye. Period.

A few years ago, Quentin Tarantino gave an interview in which he said he planned to retire after making a few more movies because he didn't want to get the point in his career where he clearly "lost it" but didn't know when to call it quits. The example he cited was Billy Wilder, who was once responsible for making some of the best movies of all time but who late in the game was putting out stuff like Avanti! and Fedora and Buddy Buddy. Wilder ended his career making movies that were but a bad imitation of his earlier work.

It's no secret that Cameron Crowe has always idolized Billy Wilder. His films -- particularly Jerry Maguire -- are an attempt to capture Wilder's mix of "the sour and the sweet." He published a book of interviews with Wilder in 1999; it's called Conversations with Wilder, and it's fantastic.

Well, with his latest film Aloha, Cameron Crowe has achieved his dream of becoming Billy Wilder, because he has entered Wilder's "lost it" period. Though he's been slipping over the course of the last decade, Aloha is his worst movie by a pretty wide margin. It represents all of his worst instincts writ large, amplified by what can only be described by terrible filmmaking. It's hard to decide if it's a movie that feels like the culmination of all the bad habits he's developed over the span of the last 25 years or if it's a movie that feels like he's never made a movie before. Is it possible for it to be both? 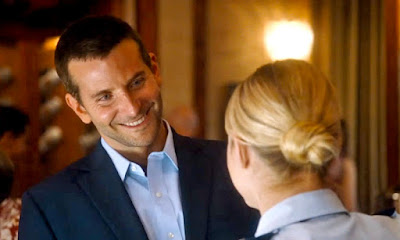 Aloha can actually be read as a metaphor for Crowe's career in 2015. As a filmmaker, he has long been consumed with the idea of men in a state of a professional meltdown: it's John Mahoney in Say Anything... and Campbell Scott in Singles and Tom Cruise in Jerry Maguire and Orlando Bloom in Elizabethtown and now Bradley Cooper in Aloha. Cameron Crowe has officially become a Cameron Crowe character -- a guy who once was on top of the world in his career but who is now drowning in flop sweat. Aloha is his Seattle supertrain. His The Things We Think and Do Not Say. His Späsmotica.

It's also a movie that features a character committing professional suicide by literally setting off a nostalgia bomb. Crowe has regularly traded on various forms of pop culture for visual and sonic references, mostly notably his always-excellent mix tape soundtracks. His movie don't just want us to feel something; they want to appropriate other pop culture to remind us how that made us feel. When it works, it's the bus scene in Almost Famous. When it doesn't, it's Orlando Bloom driving around the South listening to U2. Never has it been more ham fisted or egregious than in Aloha, which finally makes one of the director's greatest tendencies totally literal. Crowe has absorbed a lot of pop culture, and he's willing to blow himself up to remind us of this fact. 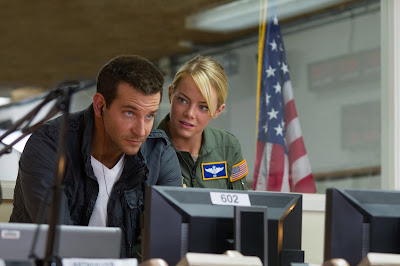 Crowe has made two truly great movies as a director (Say Anything... and Almost Famous for those keeping score). Singles is charming but dated; same goes for Jerry Maguire, which hasn't aged all that well but has a lot going for it. It's a pretty good romantic comedy, I like some of what it has to say about sports and relationships and it has a great part and performance for Tom Cruise because it exposes the terrified emptiness behind his flashy smile. Vanilla Sky does more of the same but earns extra points for being ambitious and experimental, at least for Cameron Crowe. Elizabethtown was his first major stumble, a movie of almost no redeeming value in which we can first see how hard he leans on music, location and a Manic Pixie Dream Girl (©Nathan Rabin) performance from his lead actress (and, yes, those of you paying attention may realize he has repeated these same mistakes in Aloha). Crowe rebounded a little bit with We Bought a Zoo, which features some of the worst writing he's ever done -- there are scenes in that movie that ring so false we might think that Crowe has never interacted with people, only stock movie characters -- but which is redeemed by strong performances, unrelenting sincerity and some touching stuff about being a parent. 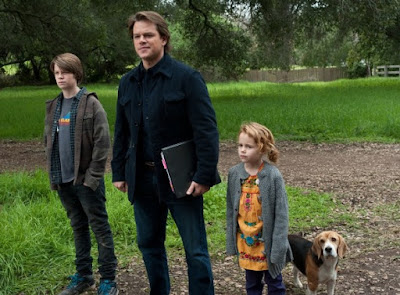 Aloha is earning him the worst reviews of his career; as of this writing, it has an 18% Rotten Tomatoes score and opened to just $10 million (which, to be fair, is a little ahead of We Bought a Zoo's $9.4M opening). Critics are being particularly hard on the movie. In their defense, it's very bad. But there is a tone to the negative response that wouldn't be present if another filmmaker's name was attached to this exact same movie. I'm guessing it's because we've all come to expect more from Crowe. Yes, there has been a detonation in quality over the last 15 years, but with every new effort we're all hoping he'll return to form. To see him backslide even further than before is completely crushing. We're not mad, see, just disappointed.

But there's even more to it, I think. The disappointment is amplified not just because of Crowe's former greatness -- this is the guy who wrote both the book and the screenplay for Fast Times at Ridgemont High, who put the boombox over Lloyd Dobler's head, who won an Oscar for his Almost Famous screenplay -- but because we take it personally. Crowe has made it personal. Our connection his movies feels personal. It's his greatest gift as a filmmaker. His best work never feels like some painting in a museum, there to be studied and appreciated but nothing more. He connects with us on an individual level, from the shots of characters looking directly into camera (a trick he stole from Jonathan Demme) to the aforementioned way he capitalizes on our relationships with music, TV and film. He feels like he's talking one to one directly to us because he "gets" how a song makes us feel. 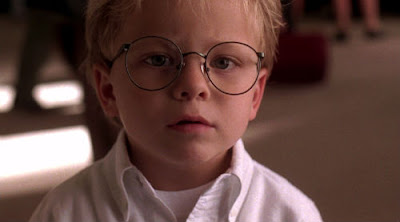 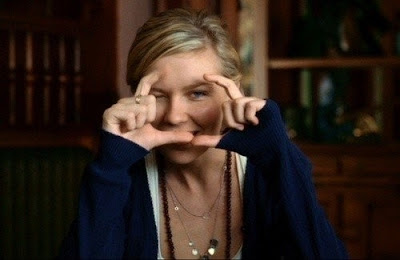 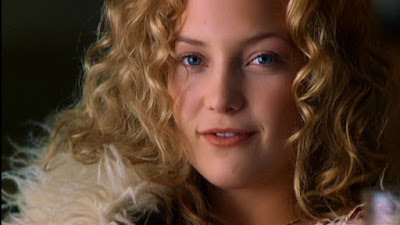 He's one of our guys -- the fan turned filmmaker -- so we want to see him succeed. And to watch him implode the way he does with Aloha is much more heartbreaking than to see it happen to, say, John Carpenter with The Ward. When Carpenter's movie shits the bed, we can see it's because his heart just isn't in it anymore. Not so with Cameron Crowe. His heart is still very much in it to the point that he has no clarity, no objectivity. He wants all of his characters to spout big speeches and champion sincerity and revel in Hawaiian mysticism and maybe he actually means all of it. It's too hard to tell because it all rings false. Some of that is the fault of the filmmaking: his actors are miscast, his editing practically nonsensical and his attempts to "grow" as a filmmaker (read: shoot handheld and in longer takes) transparent and rather pointless. He's a guy who seems like he's still trying really hard but has completely lost his way.

For much of its running time, the failures of Aloha made me mad. By the end, they just made me sad. I loved Cameron Crowe once, and his earlier movies will always remain special to me. But seeing his latest movie was like reading the inane Facebook posts of someone you used to date or listening to a new Weezer album: you wonder how it ever was that you loved them in the first place. I'd like to think Cameron Crowe has another real Cameron Crowe movie in him, not just more bad approximations like his latest effort. But it may just be that his best days are long behind him. When that nostalgia bomb goes off in Aloha, it's the lowest point in an already bad movie. It reminds us that a lot of good art has been made in the past. Some of it used to be made by Cameron Crowe. 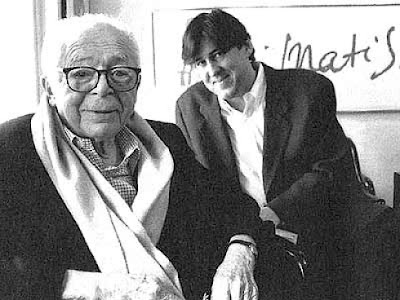