Here are five perfectly Minion-free movies for you to enjoy at home this weekend. 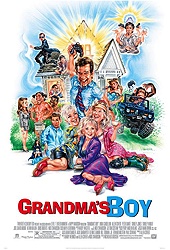 Adam Riske: Grandma's Boy (2006, dir. Nicholaus Goossen) I watched this movie on a lark at the dollar theater and was blown away by how laugh-out-loud funny it is (it has the best Charlie Chaplin joke in the history of jokes). Originally completely shit on by critics, Grandma's Boy might be the most underrated comedy of the last decade. It's filled with appealing performances, great jokes and a smart blend of celebrating nerd culture while also skewering it. I love this movie probably more than I should. 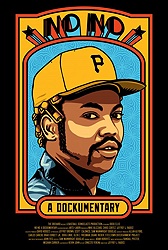 Adam Thas: No No: A Dockumentary (2014, dir. Jeffery Radice) One of the problems that I have with so many biopics or documentaries is that often times (especially in biopics) they completely gloss over the fact that their main subject might have been a real asshole sometimes (Get on Up). No No is a straight forward documentary about former Major League pitcher, civil rights activist, drug addict, and wife beater Dock Ellis, who famously pitched a no-hitter high on LSD. Sports movies, especially documentaries, can be hit or miss, mostly because while the athlete may have been great at their sport, they aren’t necessarily an interesting person. Dock Ellis is so interesting that if he was written into a script, he may be too unbelievable. I think what I enjoyed most about it (besides being a baseball fan) is that it spends a lot of time on what it meant to be a black athlete during the '60s and '70s, but also does not pull any punches in regards to Ellis’ drug use and first hand accounts from his wives about the abuse brought on them by Ellis. Give it a go, folks. 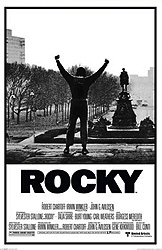 Heath Holland: Rocky (1976, dir. John G. Avildsen) Rocky Balboa returns to Netflix! I'm sure this has been in the planning for months and has nothing to do with the release of an incredible trailer for the movie Creed, but the timing couldn't be better. You can spend your entire weekend (or summer) watching the first five movies about America's favorite boxer (sorry, Mike Tyson) in anticipation of Creed this fall. I could watch these films over and over forever and never get tired of them, and this 1976 film is the one that started it all. If you're like me and Adam Riske and you've got Rocky on the brain, Netflix has us covered. Yo Adrian, they did it! 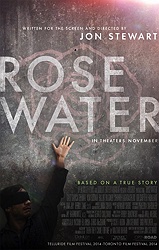 JB: Rosewater (2014, dir. Jon Stewart) I would hereby like to second Adam Thas’s recommendation from last week; this was one of my favorite films from last year. Aside from a few excellent early reviews, I don’t really remember this film being talked about much, and I am unsure if it was a financial success. The truth is this is an excellent film about the nature of truth, among other things, and is another example of something we talk about a lot here at F This Movie!-- a great story, well told. Gael Garcia Bernal plays the lead, Maziar Bahari, a journalist held captive in Iran, in part because of a joke he made during an appearance on The Daily Show. (Totalitarian regimes do not understand jokes, at all.) Jon Stewart makes his directing debut here, and his work is subtle, thoughtful, and very effective. Did Stewart make this film because he felt partially responsible for Bahari’s imprisonment? The mind reels. 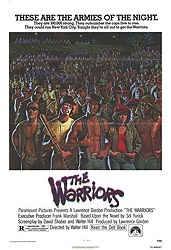 Patrick: The Warriors (1979, dir. Walter Hill) I'm guessing most of us have seen The Warriors at this point. It's one of a small group of movies -- which includes Escape from New York and Alien -- that I saw when it was already an established classic and liked, but have come to love more and more the more times I see it. Sometimes we need some distance between a film's reputation and our own reactions so we can shape our own perceptions free of our preconceptions. I liked The Warriors the first time I saw it, but completely fell in love with it around my third viewing. But the real reason I'm recommending the movie this week is because Netflix is offering the original theatrical cut, not currently available on Blu-ray, for streaming in HD. No stupid comic book transitions! No disruptive freeze frames! If you've never seen it, watch it for sure. If you have, now's a good time to watch it again.
Posted by Patrick Bromley at 12:00 PM