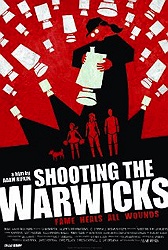 If The Truman Show got really, really, REALLY dark, it would be Shooting the Warwicks.

Adam Rifkin is such a fascinating filmmaker. He's a director whose name probably isn't recognized by a large percentage of the mainstream, who wouldn't know what to expect from "an Adam Rifkin film" unless you said "the guy who wrote Mousehunt and Underdog." But if those same people expecting Mousehunt were to sit down and watch almost any movie directed by Rifkin, they would get much more than they bargained for. Never has that been more true than with his latest, Shooting the Warwicks. 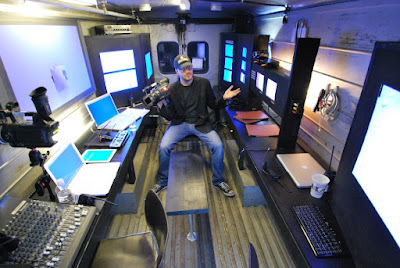 A 90-minute feature edited down from Rifkin's five-hour late night Showtime series Reality Show, Warwicks casts Rifkin as Mickey Wagner, a TV producer who pitches an idea for a new reality series that's different from all the others because the stars of the show have no idea they're being recorded. They choose the Warwicks, an incredibly normal and stable suburban family: Dennis (Scott Anderson), Katherine (Kelley Menighan Hensley) and teenage daughter Amy (Monika Tilling). It's not long before Mickey and his crew realize that the Warwicks are too normal and too stable, so they begin taking small steps to create drama -- messing with Dennis' job, driving a wedge between Amy and her boyfriend, kidnapping the family dog. 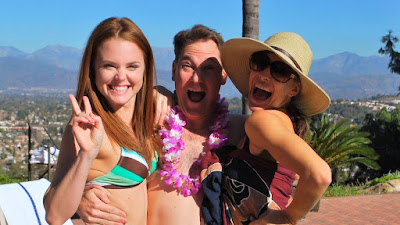 Adam Rifkin is something of an anarchist. He's been that way from his early movies like The Invisible Maniac (directing under the name "Riff Coogan") though is '90s studio output like The Chase and Detroit Rock City and even through much (not all) of his independent output in the 2000s. Shooting the Warwicks is all about taking a family from normalcy to anarchy by systematically breaking them down. It's no accident that it's Rifkin himself playing the Mickey Wagner role, as he is both the guy on and off screen who demands that the status quo be shaken up and that boundaries of good taste and decorum be annihilated. There is nothing that Rifkin's camera shies away from here, and every heinous act is made that much worse by tweaking just a few details. Explaining what those are would require spoilers, so I'll just say there are two car accidents in the movie that are messier and considerably more mean-spirited than they would be in the hands of almost any other filmmaker. Rifkin doesn't just want to make things bad for us. He wants to rub our noses in it.

Rikin has been experimenting with how he tells his stories for years now, whether it's the moc doc Welcome to Hollywood or Look, a feature film told completely from the perspective of security cameras (and which, in a reversal of how Shooting the Warwicks came to be, began life as a film before being adapted into a TV series). Shooting a movie like a hidden camera reality series isn't anything new, but the wrinkle that the participants are unaware of the cameras creates echoes of Look. It's entirely appropriate for the story he's telling, though I do have to wonder exactly what it is that he's satirizing. The stuff about merciless TV producers and executives who don't care about ruining lives as long as they get good ratings is very on the nose and has been done too many times to really have an impact at this point. But I suspect there's more going on in Shooting the Warwicks, which uses the heavy-handed reality TV satire to sneak in some savage commentary about the rot and the unspoken hypocrisy at the center of the American family. 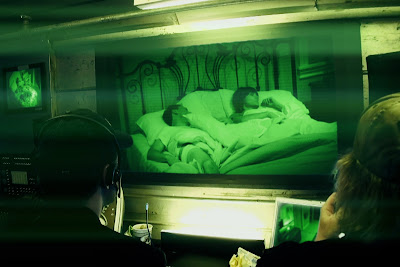 What might be most impressive about Shooting the Warwicks is that it works as a feature at all. I can't think of many other examples in which a 10-episode TV series was cut down into one coherent 90-minute feature, much less one that moves and builds the way a movie should and doesn't feel like it's leaping over huge chunks of exposition or dramatic development. There are a couple of scenes that feel padded, actually -- being an Adam Rifkin movie, it shouldn't come as much of a surprise that it involves a couple of naked women -- but the editing by Rifkin and Rita Sanders deserves special mention for achieving a kind of miracle. Having not seen Reality Show, I don't know for sure that things play out the way on the series as they do here. If they do, I can only assume that Shooting the Warwicks feels a whole lot darker by virtue of the fact that it condenses the events; instead of things going bad over the course of 10 weeks, they go bad in the span of an hour and a half. 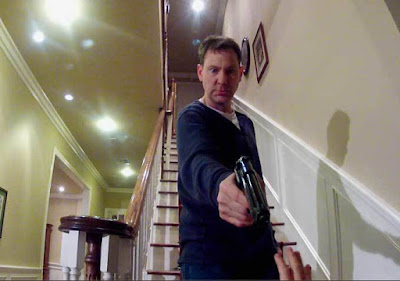 With nearly 25 years of feature directing behind him, it's incredible that Rifkin is still as prolific as ever, working both inside and outside the studio system, finding innovative ways to tell stories on a low budget so that he can make films as uncompromising as Shooting the Warwicks. With its familiar themes and pitch black comedy (which, to complicate matters further, is funny until it very much isn't by design), it's not going to be a movie for everyone. It's less a satire on the mercenary nature of the media and more an exploration of the fact that as humans in 2015 our decency hangs on by a thread. The slightest tug at that thread causes it all to unravel. Rifkin is more than happy to tug at the thread.

While his past works of anarchy have been more of the "party" variety -- we're meant to laugh at the gross-out gags and side with the characters who orchestrate chaos, even when it's a little mouse -- there's very little that's fun about Shooting the Warwicks. There are moments when I can imagine Rifkin cackling off camera, tickled at just how far he has pushed a given moment, but the gross-out gags in this one aren't played for laughs...except maybe for how excessive they are. While this one completely fits into his filmography, it also feels unlike anything he's made before. After more than two decades as a filmmaker, he still has the ability to surprise me. Shooting the Warwicks surprised me.